Despite not having the proper light, I’m attempting to do some screen printing.  I have to practice, right? 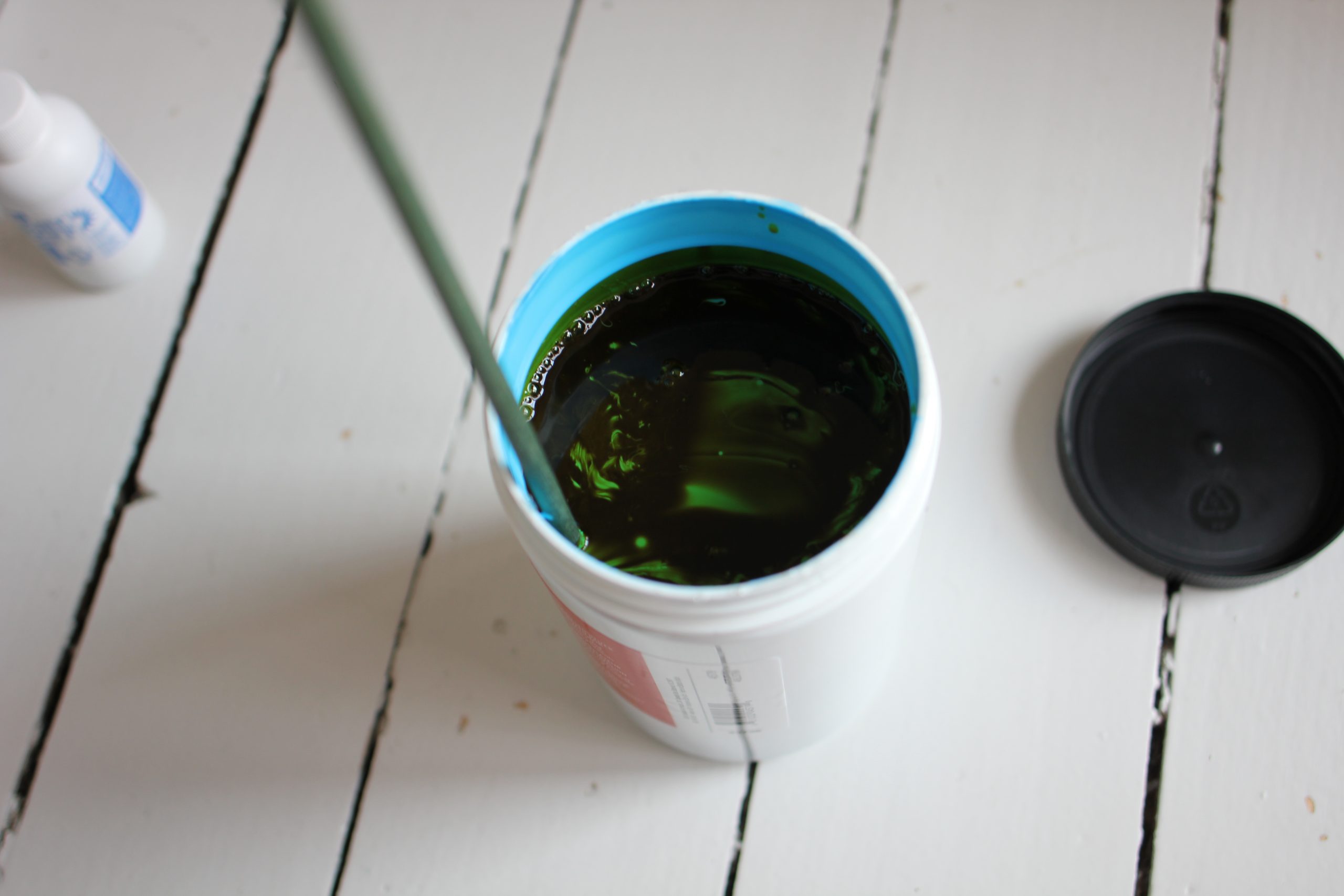 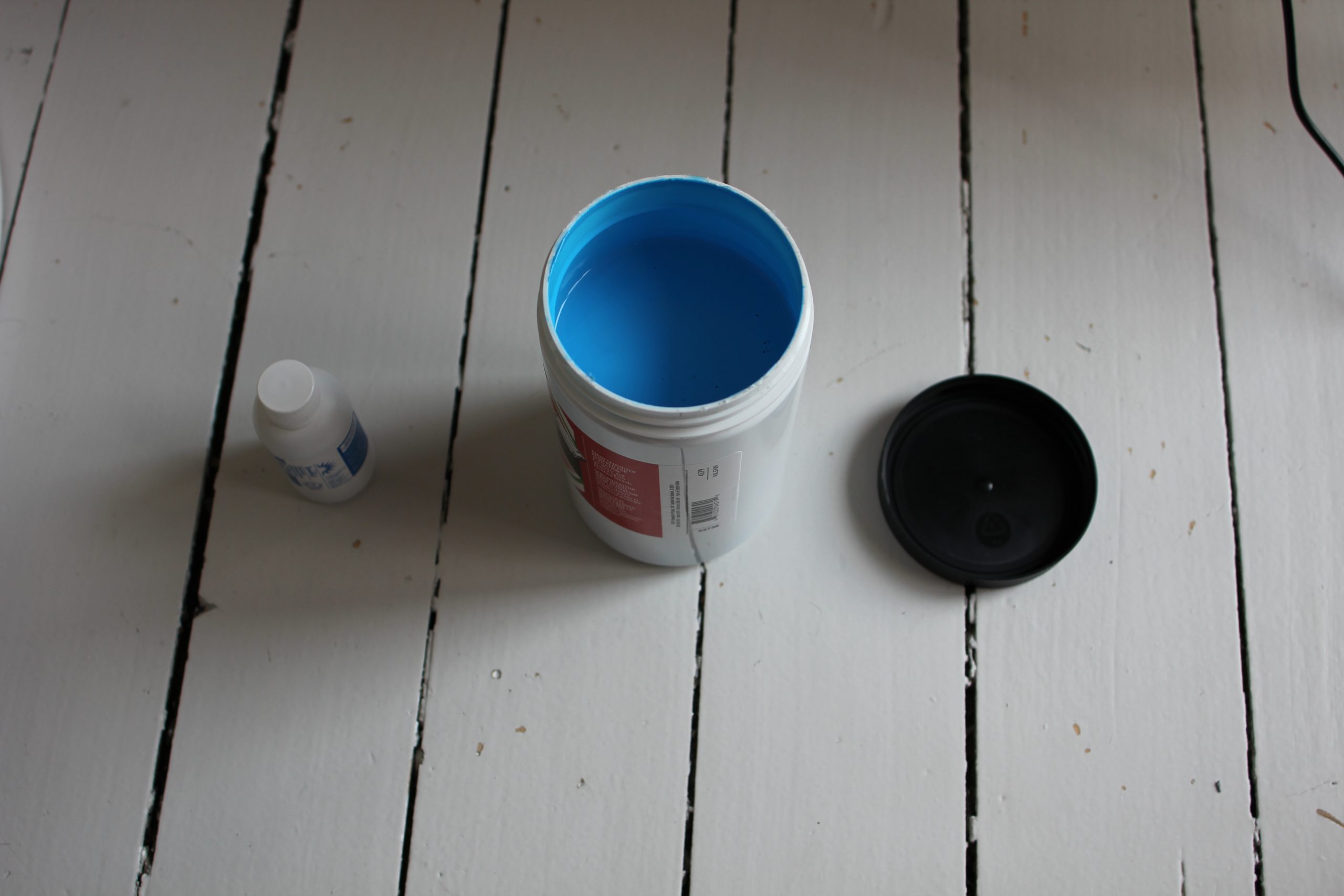 So dissolve the sensitiser and pour it into the emulsion.  It turns green! 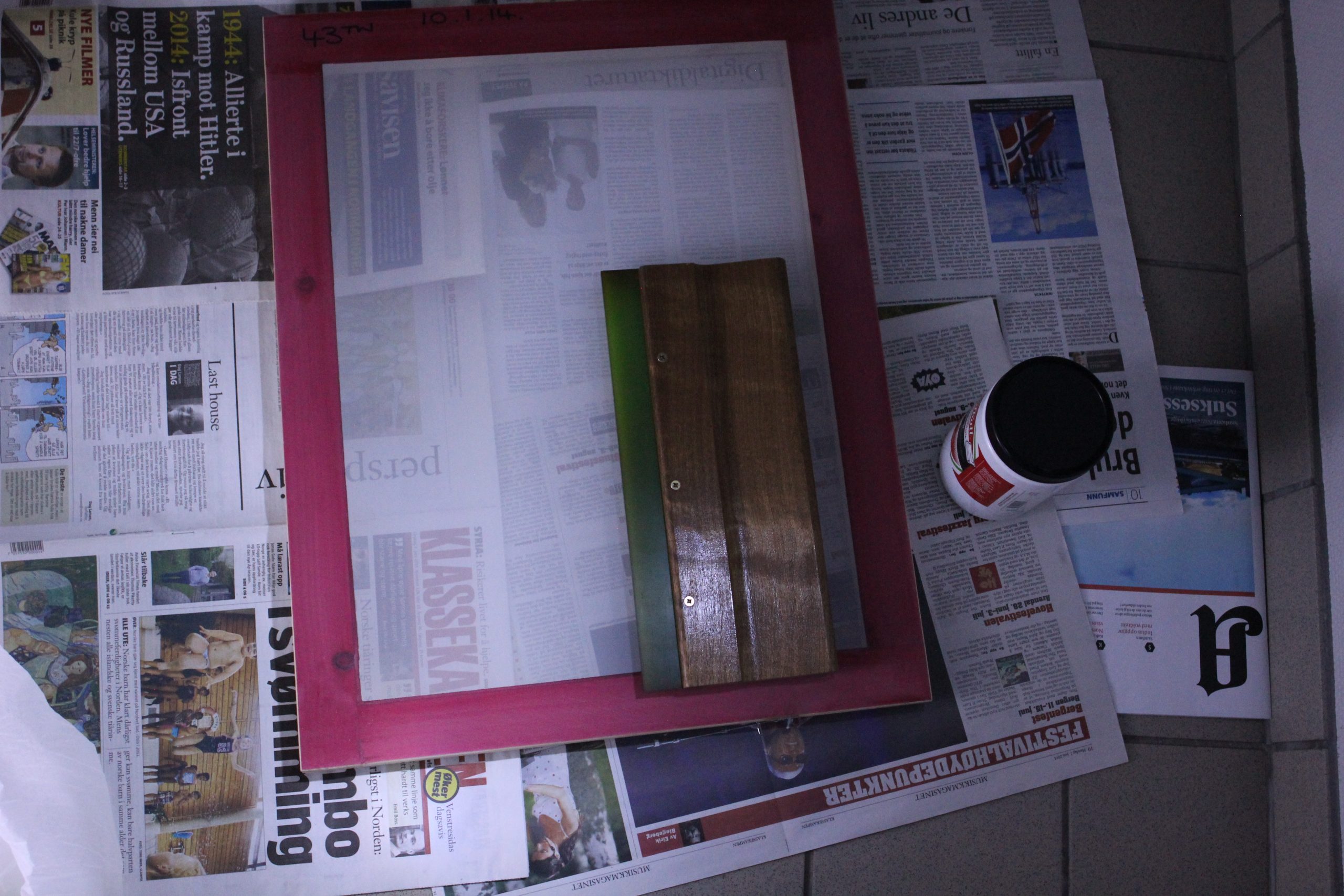 Squeegee the emulsion onto the staple side of the screen in a dark-ish room, and let it dry for three hours in a very dark room. 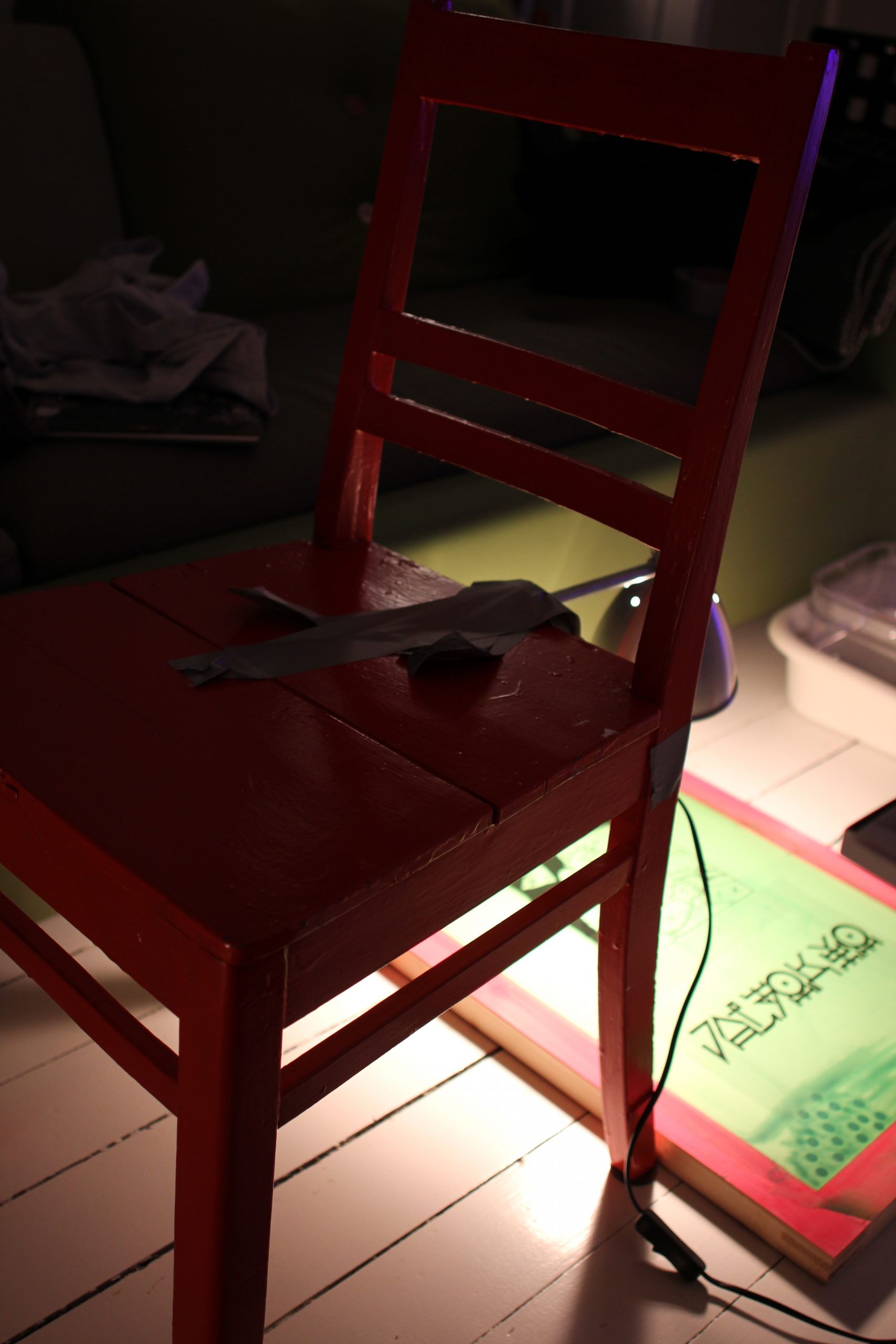 Then put a transparent film positive onto the staple side and wait for an hour, since I have a 100W bulb, which is really too wimpy.  People on the interwebs says that the emulsion turns either blue or a darker green when exposed, but it definitely remains green.  It turns a slightly more dark shade of green, but it’s subtle. 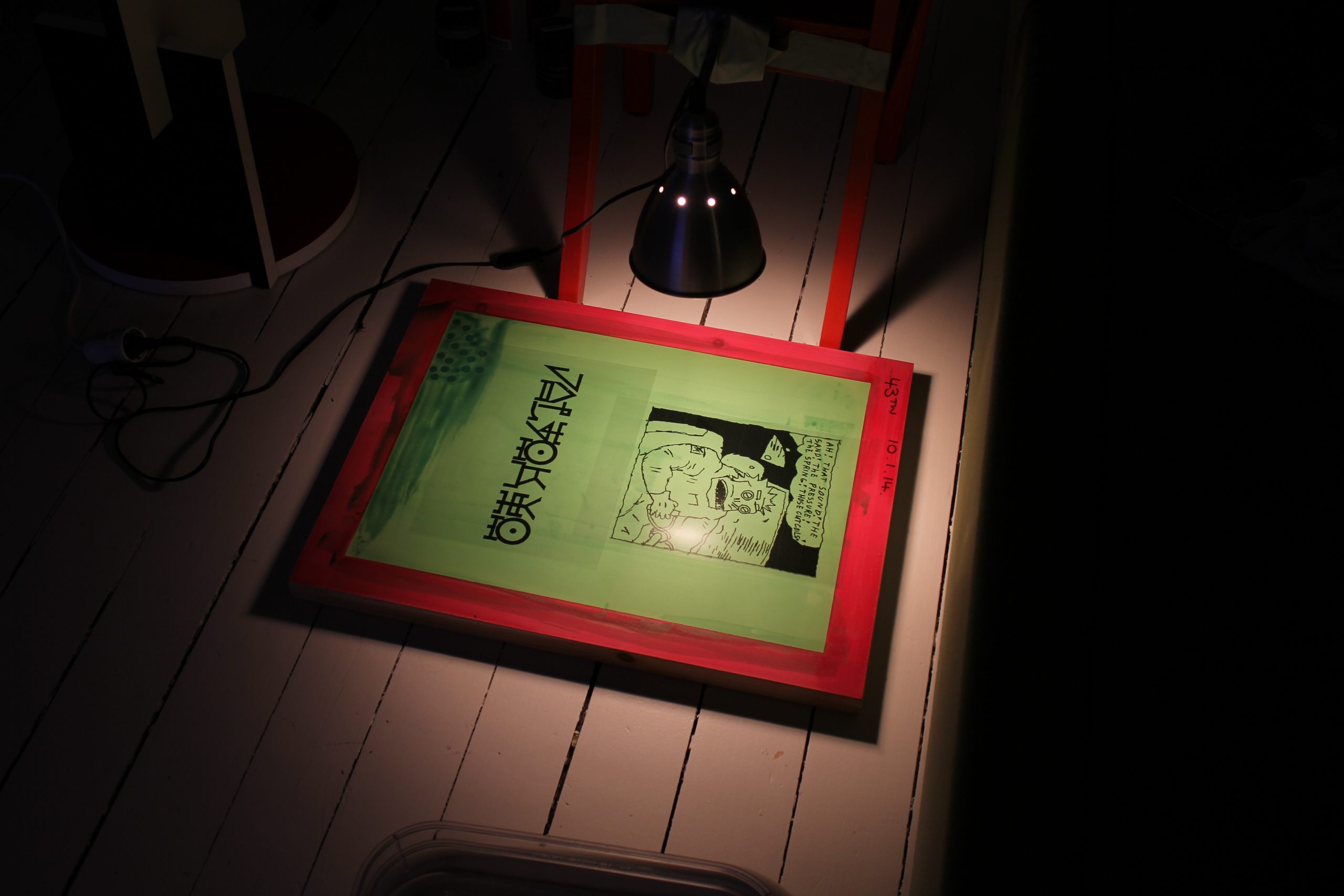 Eurhm…  when I’m printing the shirts, I’m supposed to flip the screen over, so won’t that make these prints mirror images?

YES!  THEY WILL!  D’oh.  I’m supposed to either expose the other side of the screen or flip the transparencies over.  People on the web seem to disagree on the preferred method.  In any case, they way I did it is just wrong. 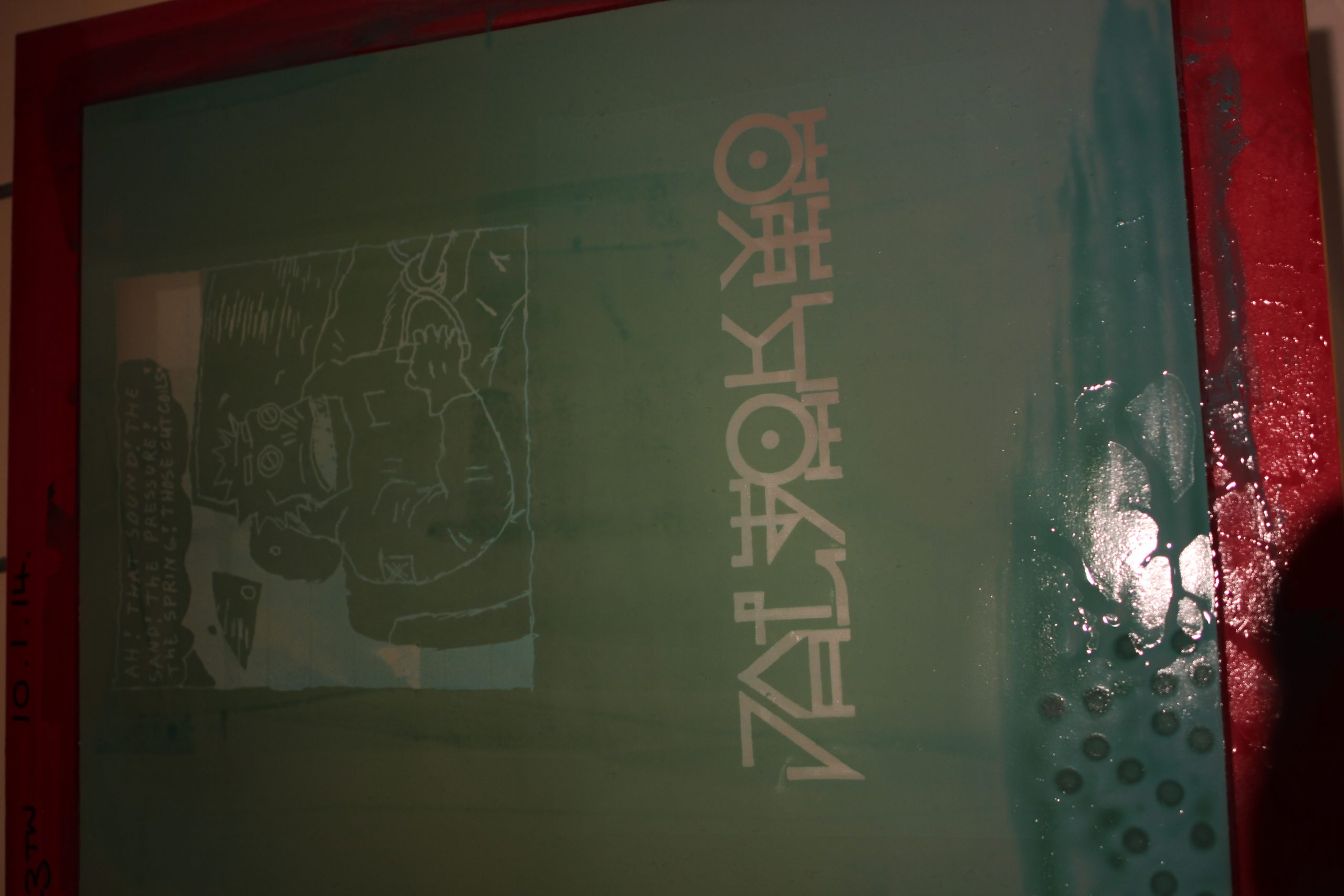 After an hour, I take the screen into the shower and blast it with cold water on both sides.  As if by magic, lots of the unexposed areas are washed away, leaving a white silk.  Seems to work well on the logo (which was furthest from the lamp), but the bits that were closest to the lamp seem over-exposed and won’t wash away.

In any case, since these are wrongly flipped, I can’t print them anyway…  Or can I? Can I print using the wrong side of the screen?  Worth a try before I wipe the screen, perhaps…