The balcony floor has been flaking ever since I bought this apartment. This week, Oslo has finally seen some slightly summerish weather, so I decided to do something about it. 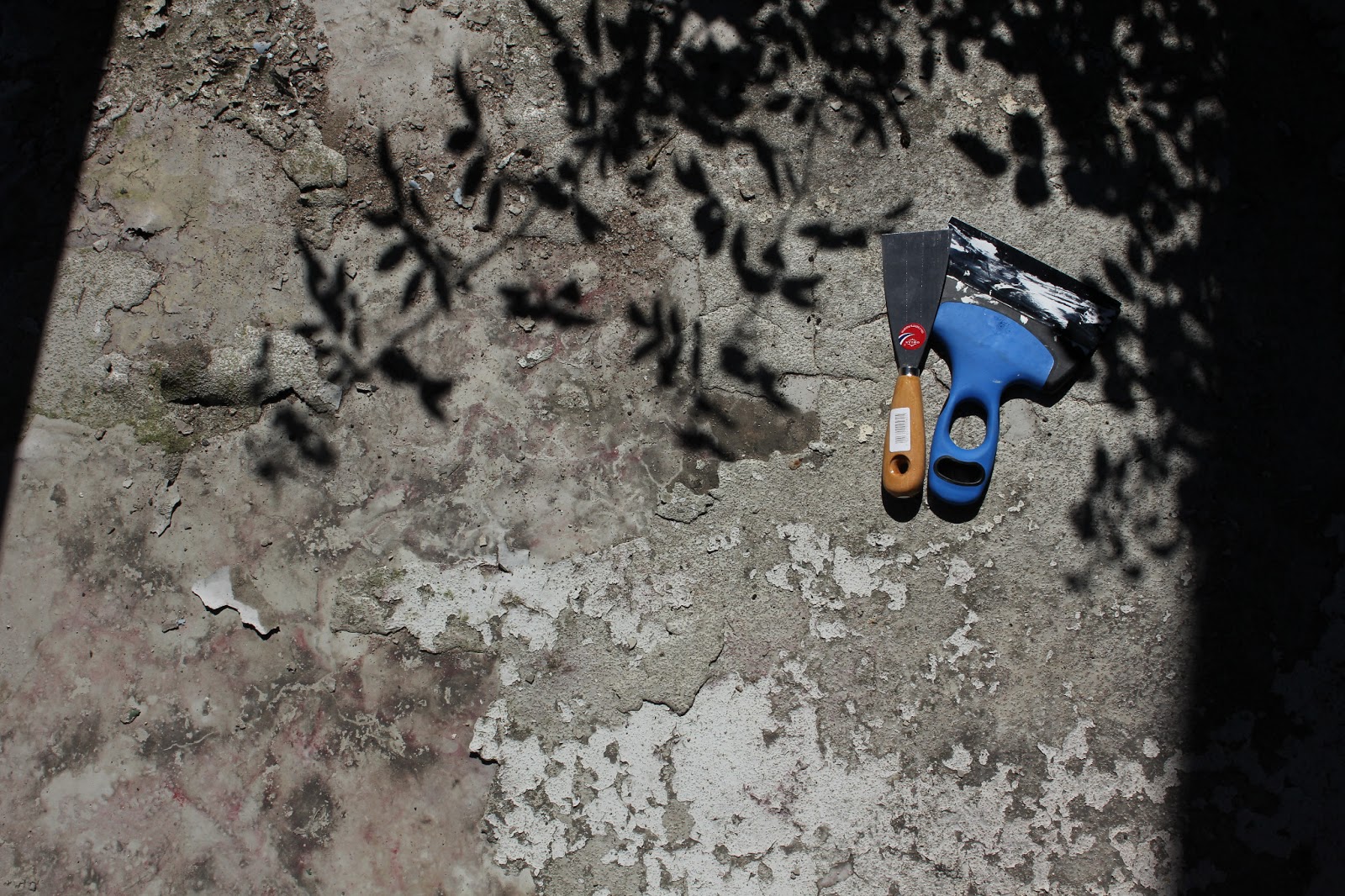 The normal thing (for me) to do would be to call somebody competent, but I thought that surely this was something to do myself.  And I kinda wanted to take a day off work to futz around in the sun.  Ideal!

So I started scraping.  And scraped and scraped.  There’s like four layers of things to scrape at on the balcony.  This was what I ended up with: 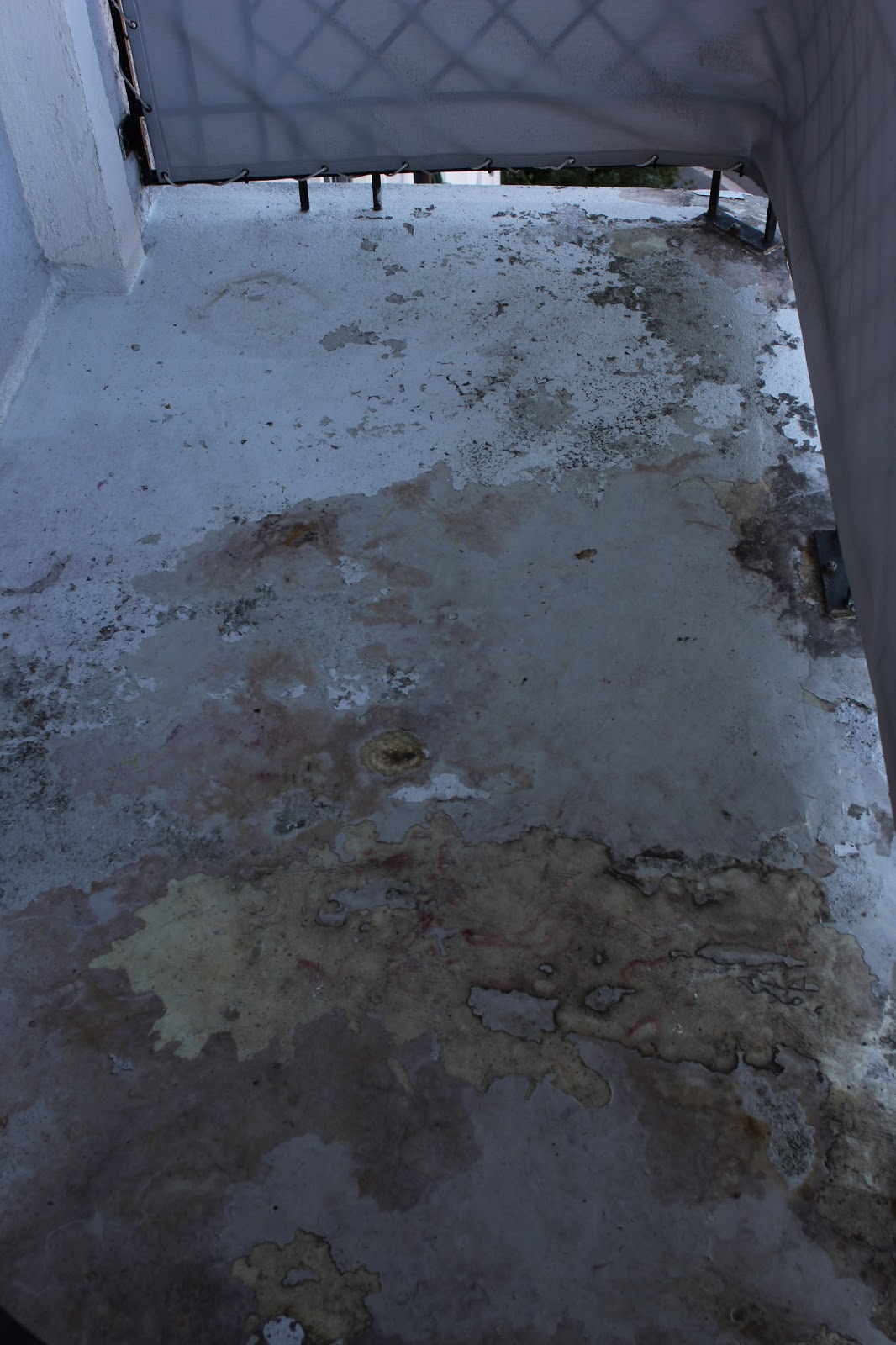 It ended up more, er, pitted than I had anticipated.  I considered calling somebody professional, but instead I just painted it with epoxy paint.  I though it was going to be thick and gloopy, so it would kind of fill in the cracks.

So I had to get some filler and more paint.  At this point, the paint shop had run out of the epoxy paint in “Sky gray” (yes), so I bought some “Warm gray” paint.  The epoxy paint only comes in five different pre-set colours. 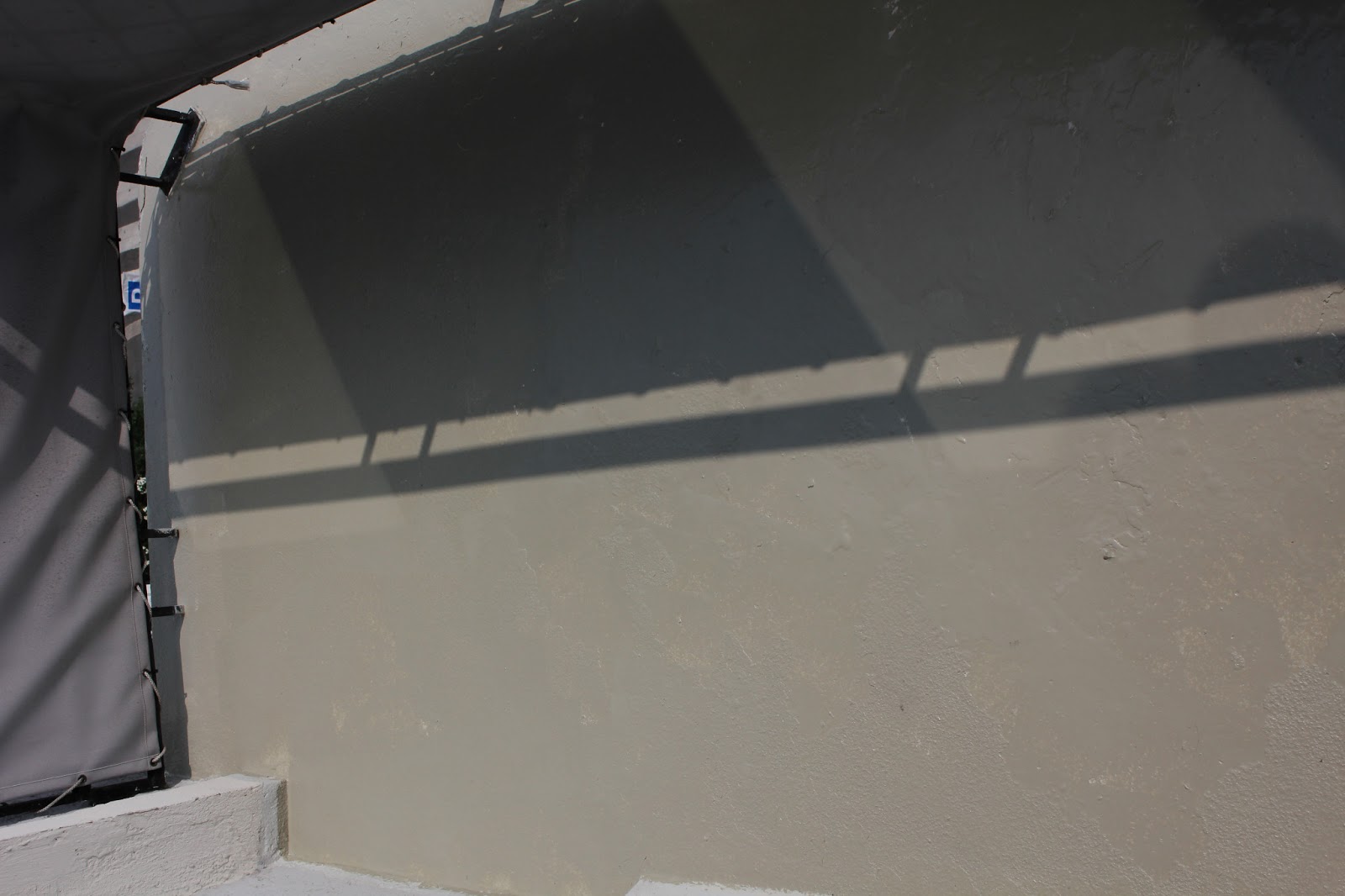 Back to a different paint shop to buy some more “Sky grey”, and put down another “first coat”.  This being the third coat.

Then I noticed that the paint is really slippery.  The old paint was more textured, so I went back to Ye Oldee Paintee Shoppee and got “Anti-Slip Pearls”.  Which looks like plastic sand or something.

On with the second coat of “Sky grey”.  The “pearls” seem to do the trick with the slipperyness, but another coat of paint is required.

So that’s five coats in total, and there has to be more than 12 hours between each coat.  It’s taken me more than five days!  The rose bushes I had to take in from the balcony  have all bloomed in pure confusions!  They’re probably gonna die from shock when I put them back out again, I think. 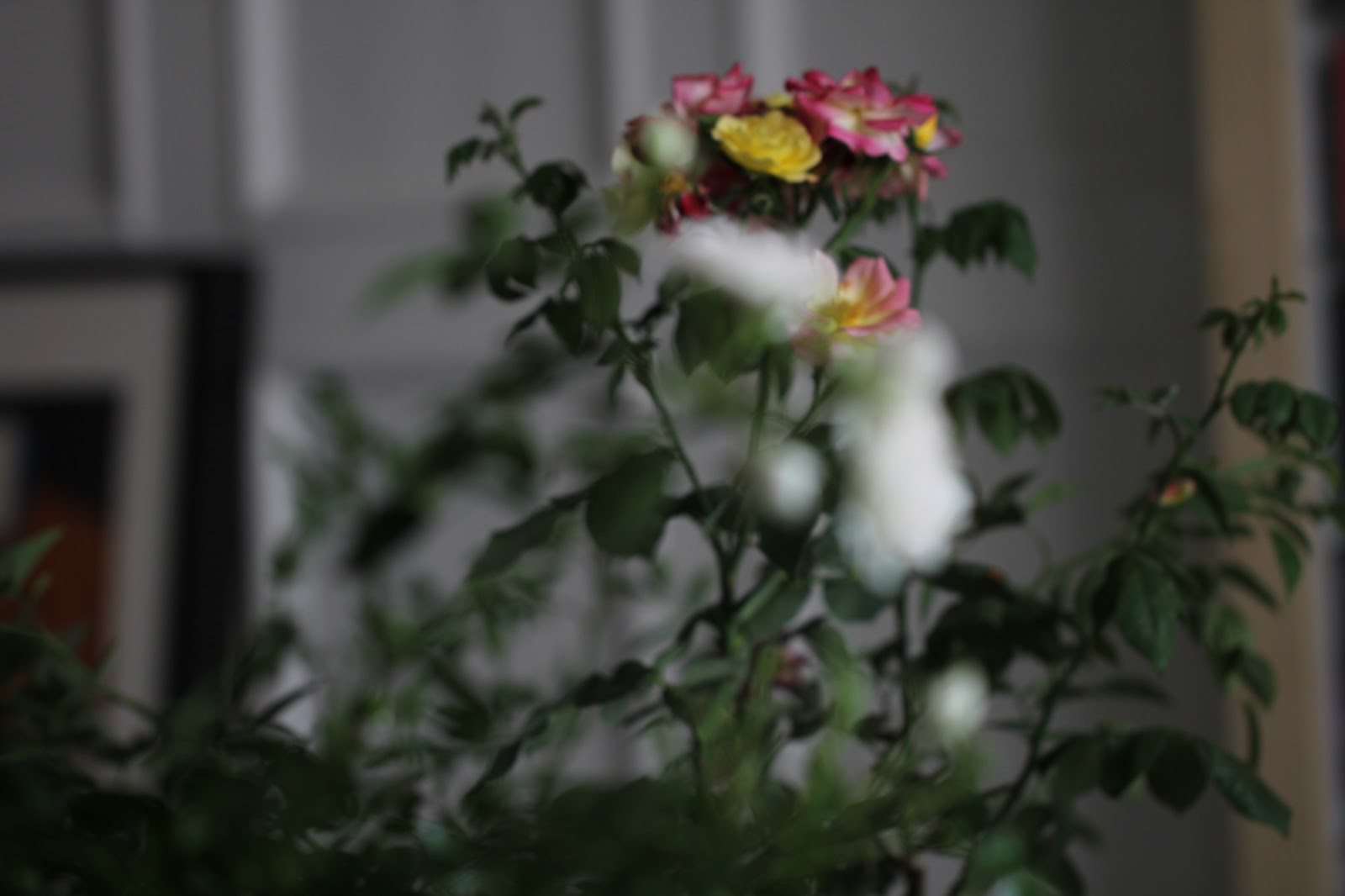 The balcony looks OK now, though.  But the groundwork is probably not good enough, and it’ll start flaking again. 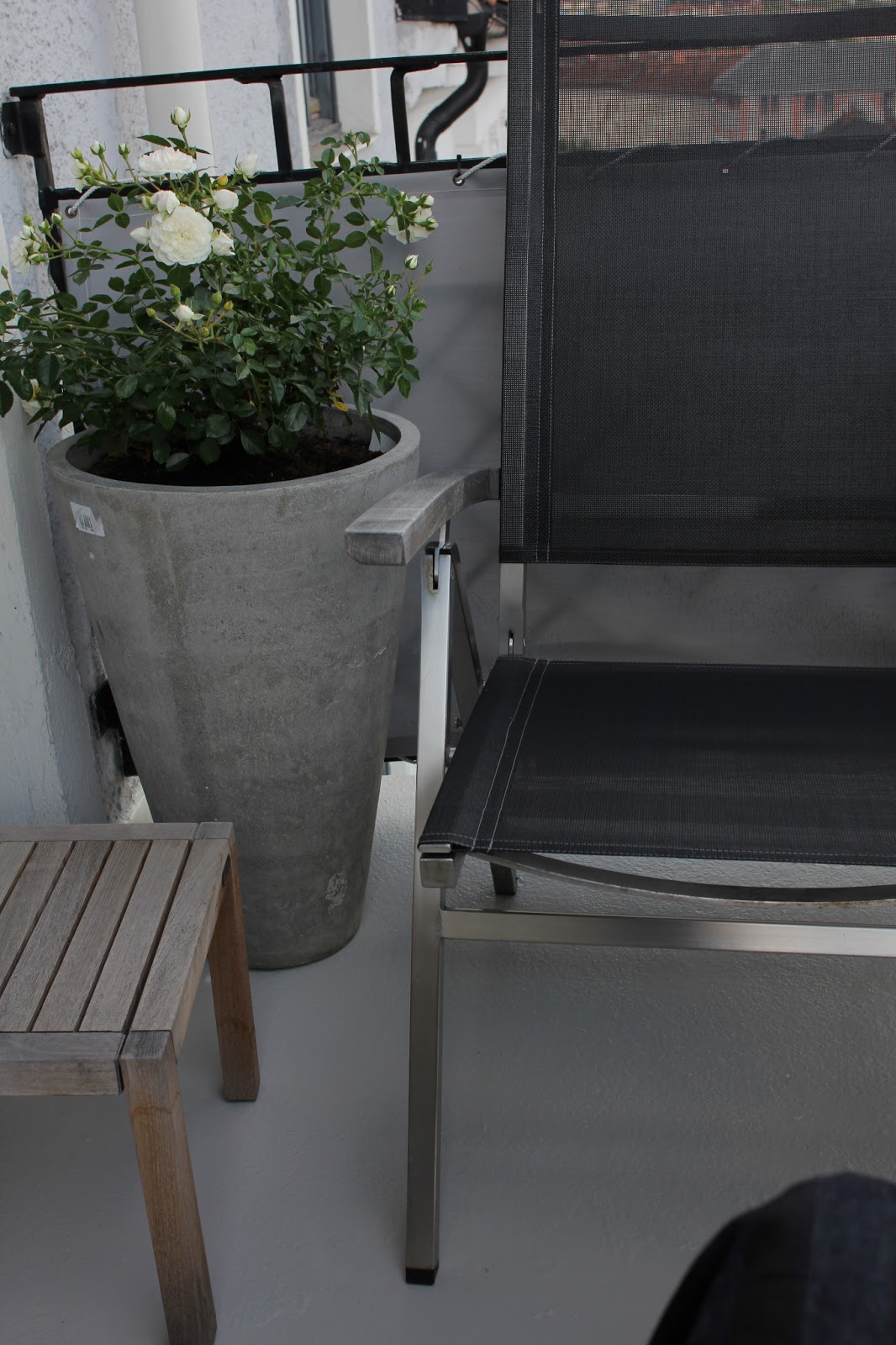 I’ve learned lot.  Like: Call somebody who knows what they’re doing. 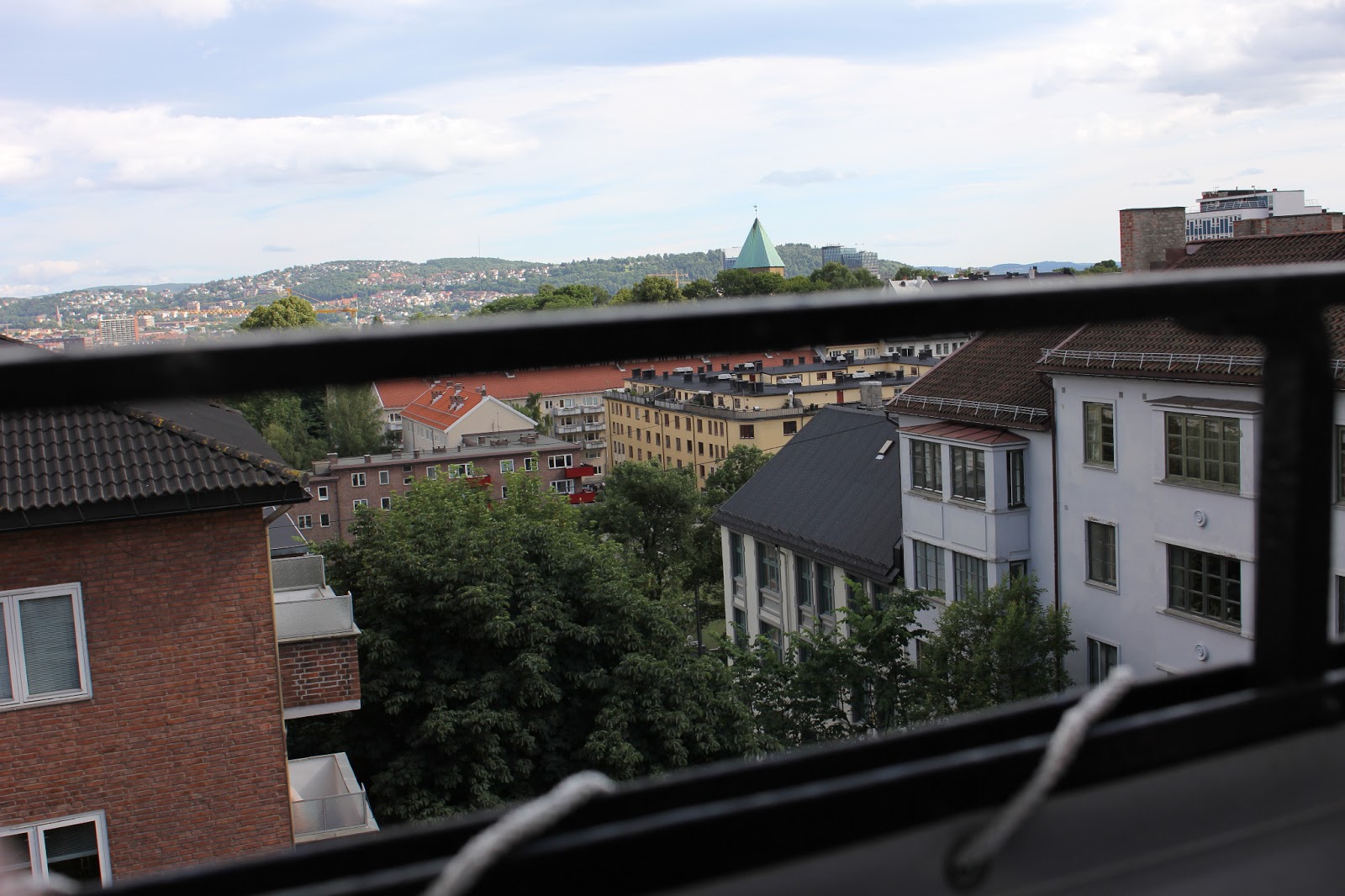