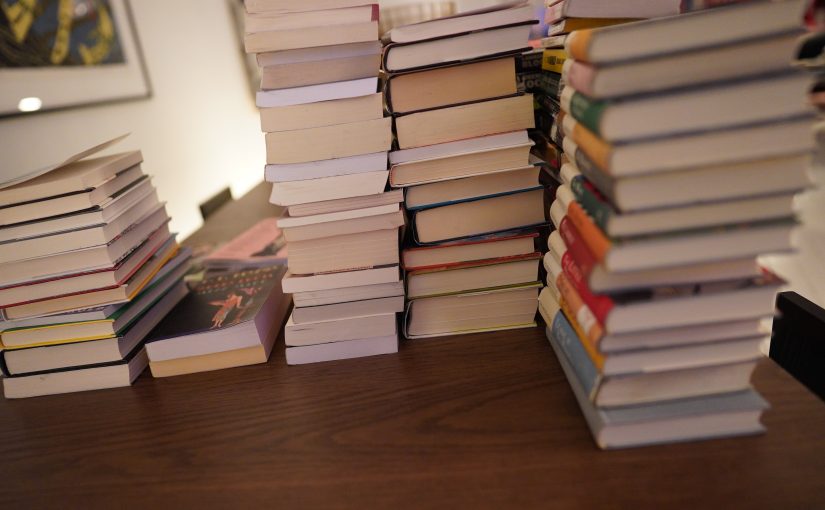 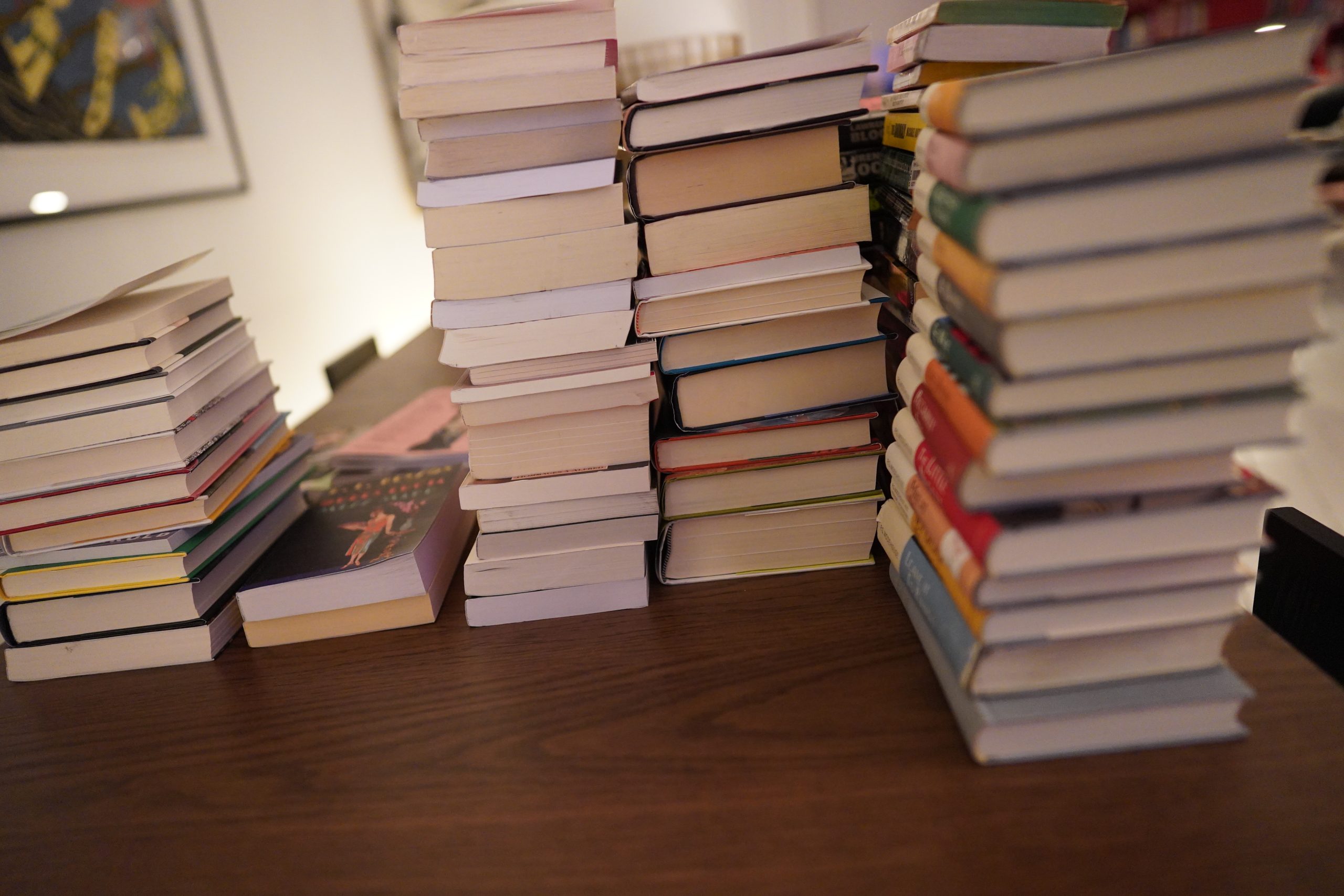 I read 89 books in 2022, according to Emacs… Not that many, but I was really busy until October, and then suddenly I wasn’t busy at all, for some reason or other. Anything interesting about the selection, in hindsight? Probably not, but that’s never stopped me from bloviating. 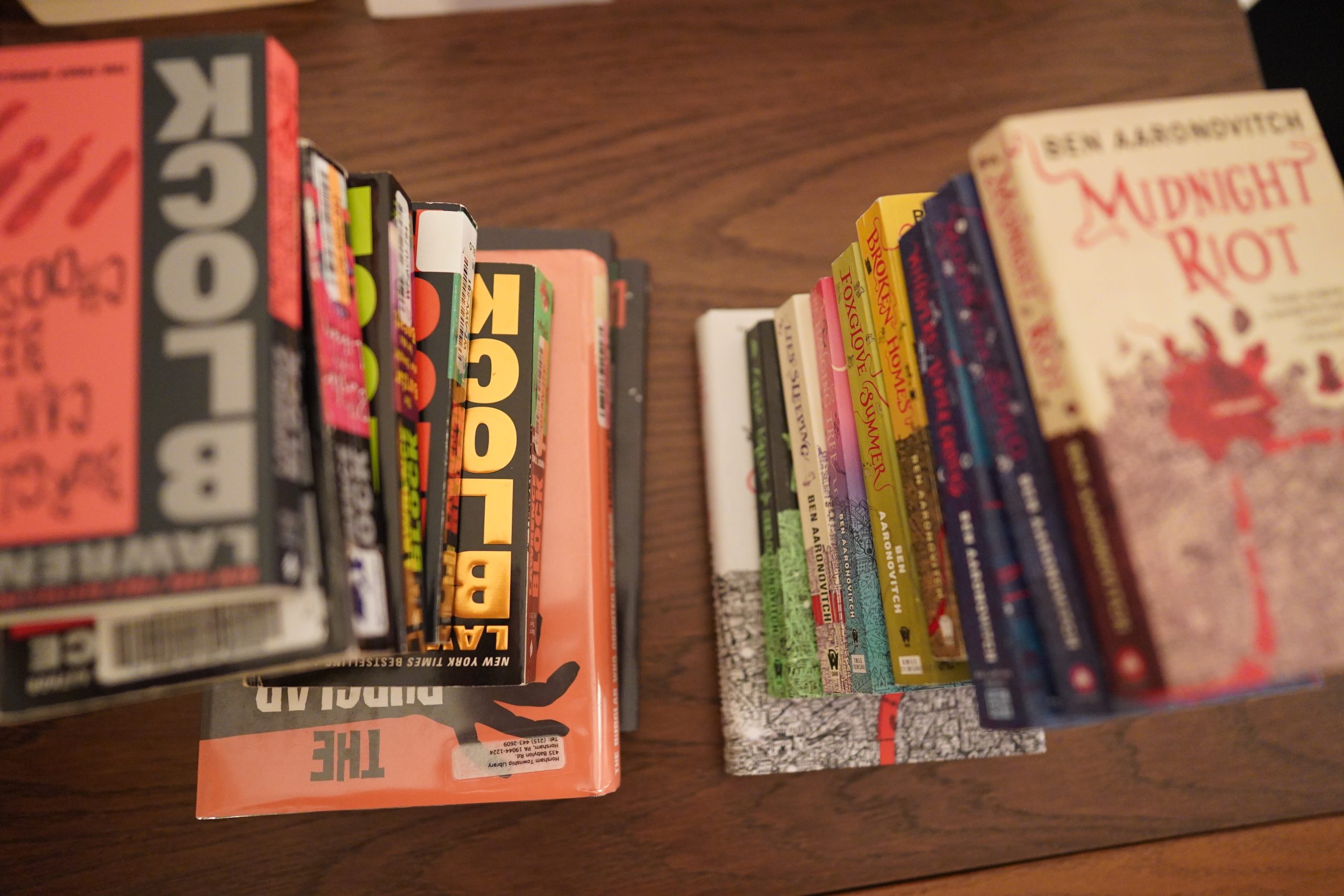 I’ve read a number of books by Lawrence Block and Ben Aaronowitch, and that’s all because of Lois McMaster Bujold. Because I decided to buy all the books she recommended this year, and she recommended one book from each of these authors, and I ended up reading them all. You’d think that recommendation algos would be a solved problem, but nope — any time Amazon (or whatever) has recommended a book to me, the books have sucked. A prime example is after I read a couple well-written, fun mystery books that happened to have characters that owned cats in them. This led Amazon to recommend me mysteries (ok) that were heavy on cats (no). I mean, I love cats, but primarily on my lap, and not in my books, but because there are people who fanatically buy all cat-related mysteries, that’s the population I was counted in. And all the books Amazon recommended were 100% pure unreadable dreck.

So I thought I’d just do a Bujold experiment, and it’s been going well — none of what she’s recommended has been awful, and most of it’s a hoot. OK, we’re not talking Literature here — but that’s the point, really. Finding good literature is easy; finding well-written junk is very difficult.

The Block books (the Burglar series) is very repetetive, but entertaining. The Aaronowitch books are a lot of fun, but he introduces more characters and concepts in each book, and the recaps everything in the book after, so the books grow progressively longer. He’s now up to recapping all the previous books in the first 100 pages in the most recent book, and that’s really really unnecessary. 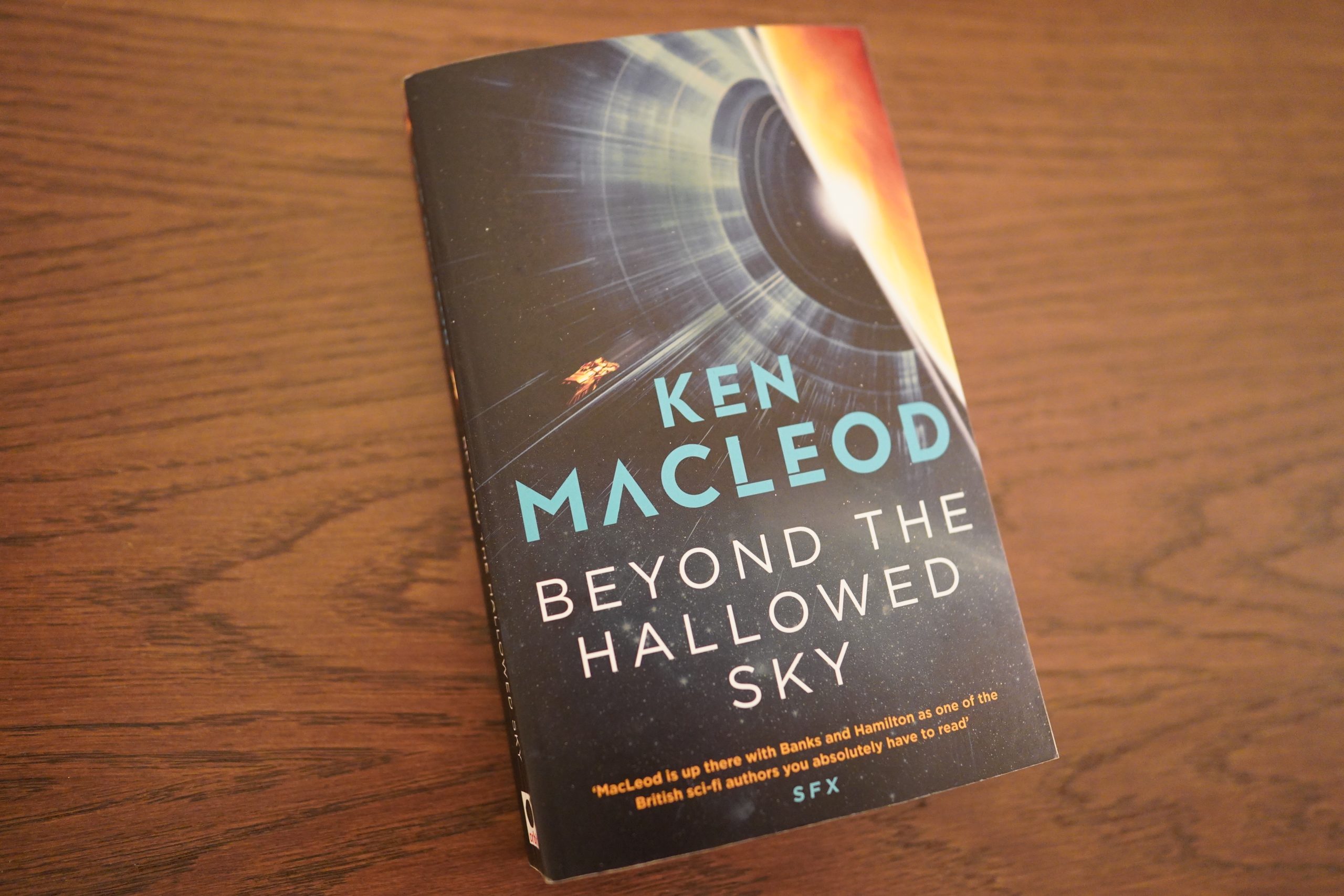 I haven’t read a lot of science fiction this year, unfortunately. Because it’s just hard to find stuff that’s readable. This one — Beyond the Hallowed Sky by Ken MacLeod, was super exciting… and the dumbest book I’ve read in quite a while, and that’s including all the cat-related mystery books. You can go through absolutely all the concepts and situations in the book and poke holes in them, because it’s just so… dumb. Take one example: A killer robot throws a little bomb in a 1km diameter space station that’s floating around Venus, and this makes the computer do a fail-safe on the reactor, so it shuts down. And it’s impossible to get into it, because safety. So the station falls to its Venutian death, because there’s no backup reactor (and we’ve explained that these reactors are really cheap now), and there’s no life pods (in such a huge station; no room?), and… they’re in the atmosphere, for heaven’s sake, so they could just have popped into balloons with some nice suits and some oxygen and wait to be picked up, or…

I wonder whether MacLeod made everything as stupid as possible in this novel to make the brain shut down completely, and just enjoy the ride? It worked for me, because it was a thrilling read.

BUT DON”T SIT DOWN AFTERWARDS AND THINK ABOUT IT 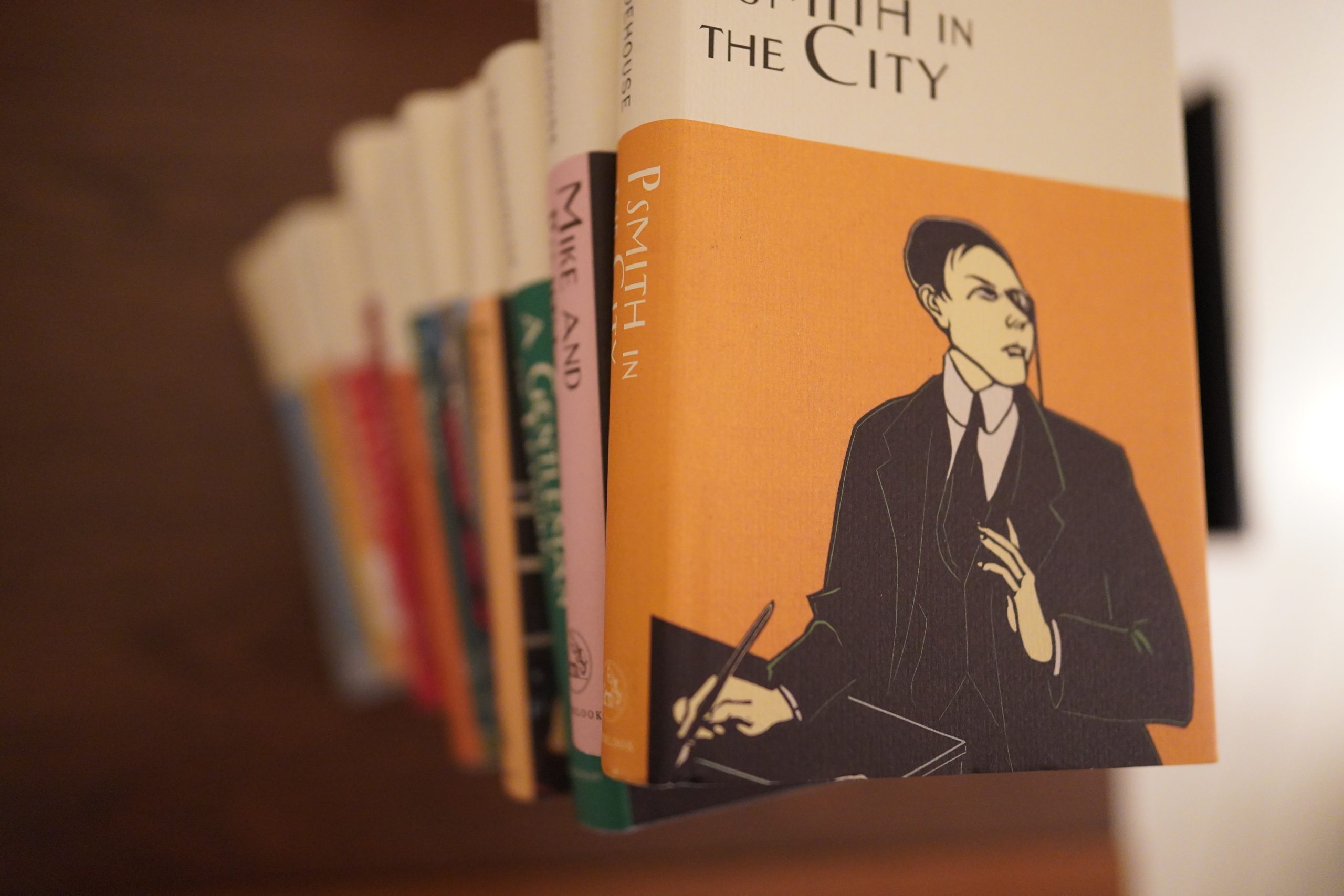 I started reading P G Wodehouse chronologically, and I now know more about cricket that any human should. Just by osmosis. Bowl a century, will ya? But what I wanted to say what that the Everyman Library published these handsome editions of all the Wodehouse books a couple decades ago, and it’s these I’ve been reading. They use the first published British edition as the source, and have been meticulously proof-read (which is really important with Wodehouse, because of all the word play and innovative vocabulary), and the binding and typesetting is just really… nice? They feel satisfying as objects, in addition to being a great delivery mechanism for Wodehouse’s nonsense.

But the reason I’m mentioning the books at all is that they’re now falling into the public domain — everything from before 1927 is now public domain. (I’m up to 1924 in my reading.) Which is nice! I’m all for good books being even more generally available, but it’s a two-edged sword: Would nice editions like this even be possible now? With cheapo editions being possible now, would Everyman have been able to do such a handsome book series without losing money? (Everyman did this book series just before any of the books landed in the public domain.)

So I took a look at the latest book I just read, Bill the Conqueror, which now in public domain: 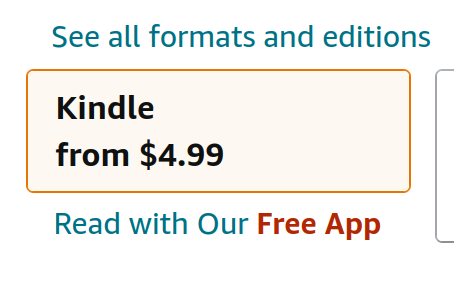 OK, it’s available on Kindle, but not super cheap, really. And what’s it like?

Yeah, somebody has run it through OCR and pushed it to Amazon.

Without spending any effort on it.

Because why would they? 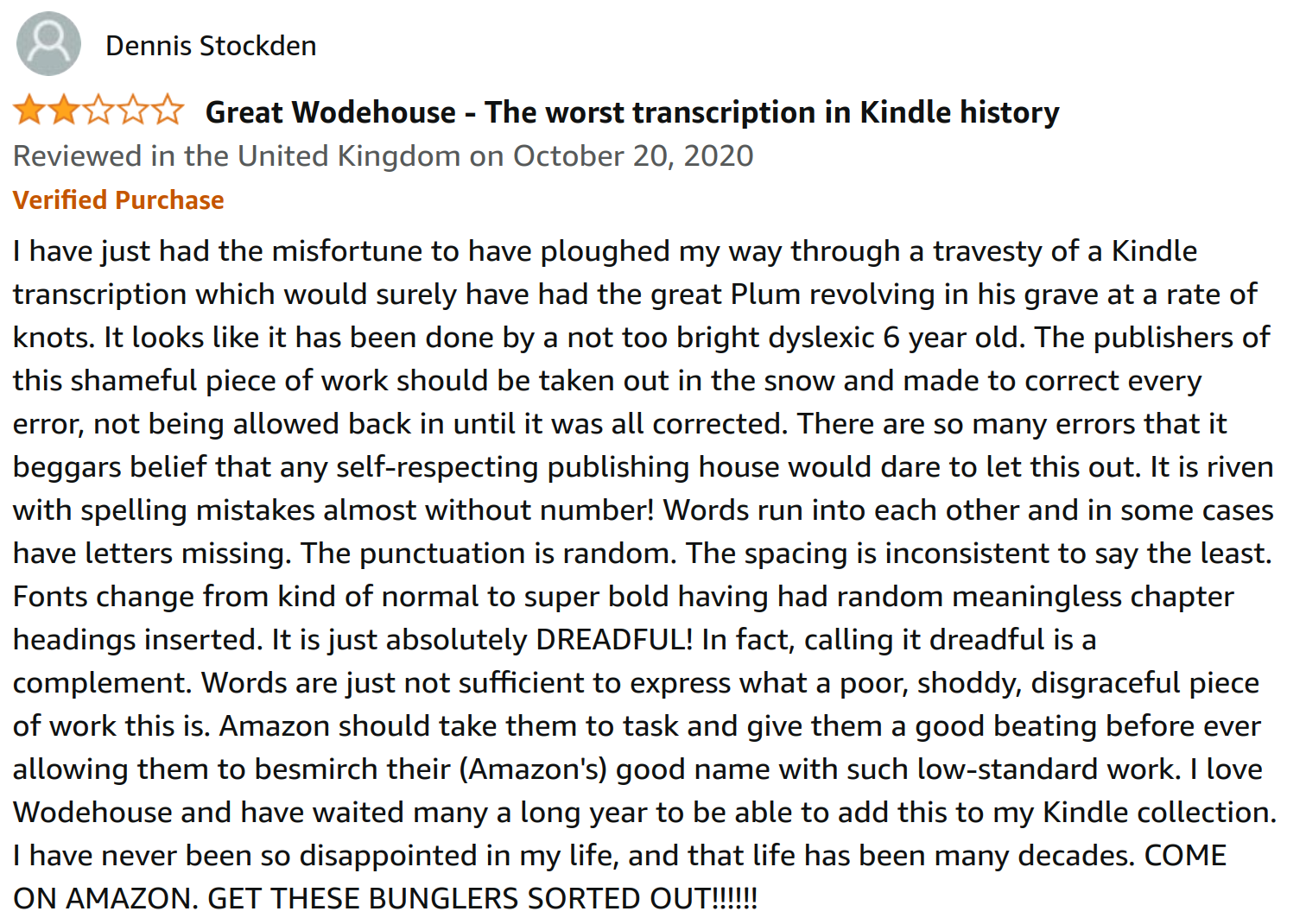 Whoever takes the effort to produce an accurate text will immediately have that text copied by numerous other sellers, who will then list their editions at $0.02 lower, until they’ve raced all the way down to 1c each. So doing a good ebook version is a mugs game.

I’m sure somebody will eventually do it out of love for Wodehouse, but they won’t get any money from the effort.

So these triumphant articles about works entering the public domain… I mean, it’s good, but it’s not all good. 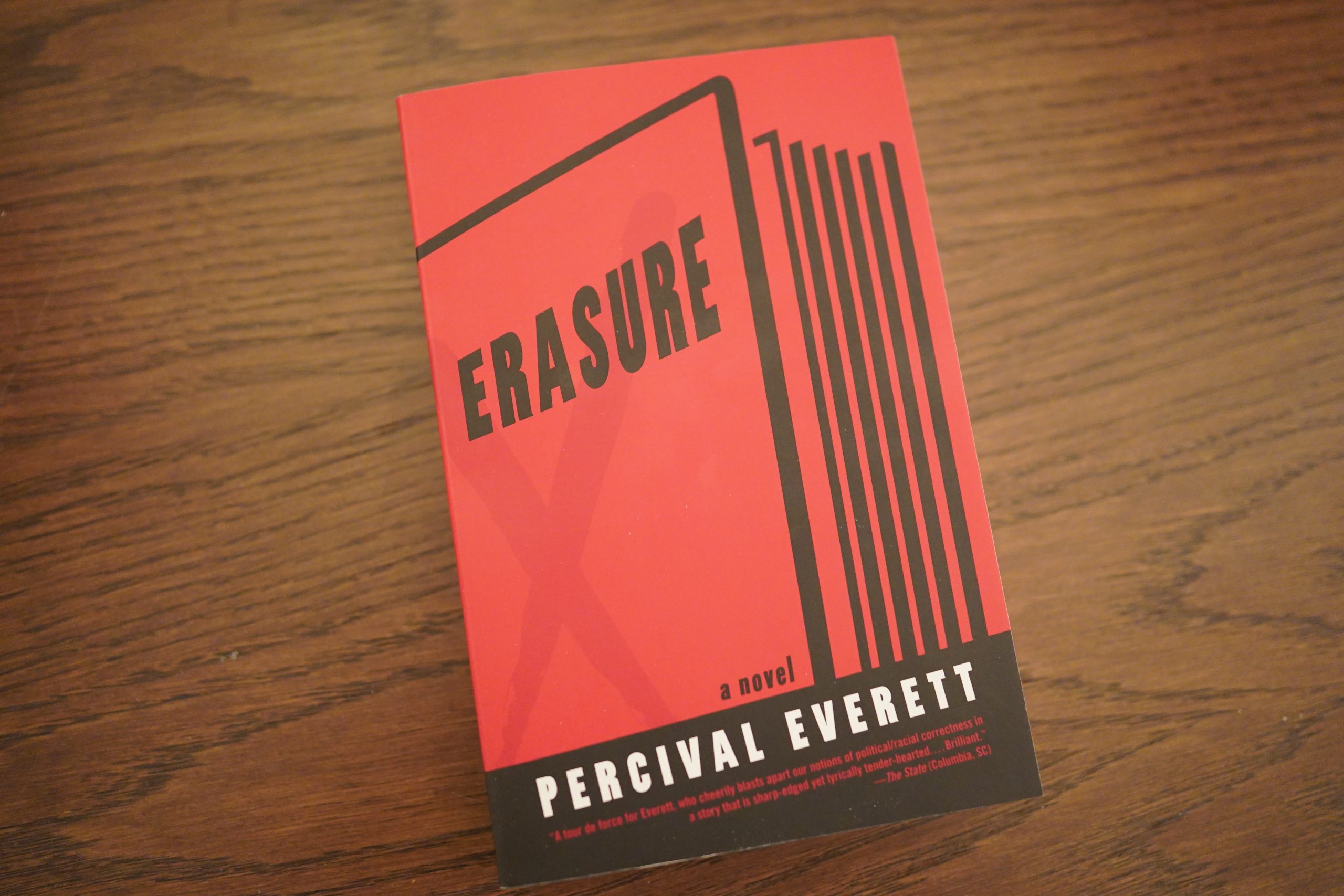 Erasure by Percival Everett — it’s the most gleefully nasty satire. 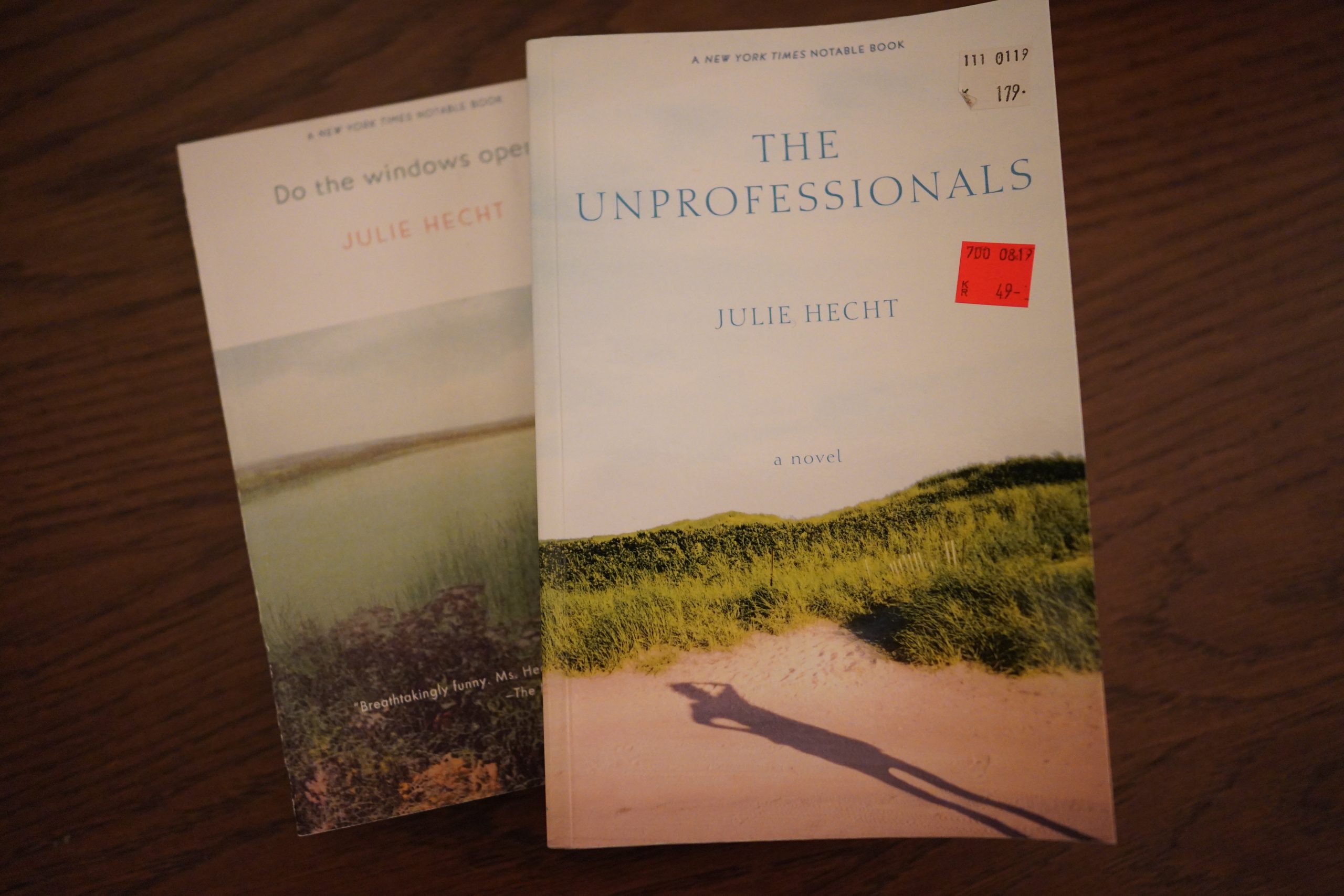 I’m mentioning these two books by Julie Hecht not because they’re fabulous — they are! — but because I loved reading the reviews on Goodreads afterwards:

People hate reading books where they can’t “relate” to the characters, and I find that hilarious. As if the point of reading a novel is to see yourself, and not read about new things. 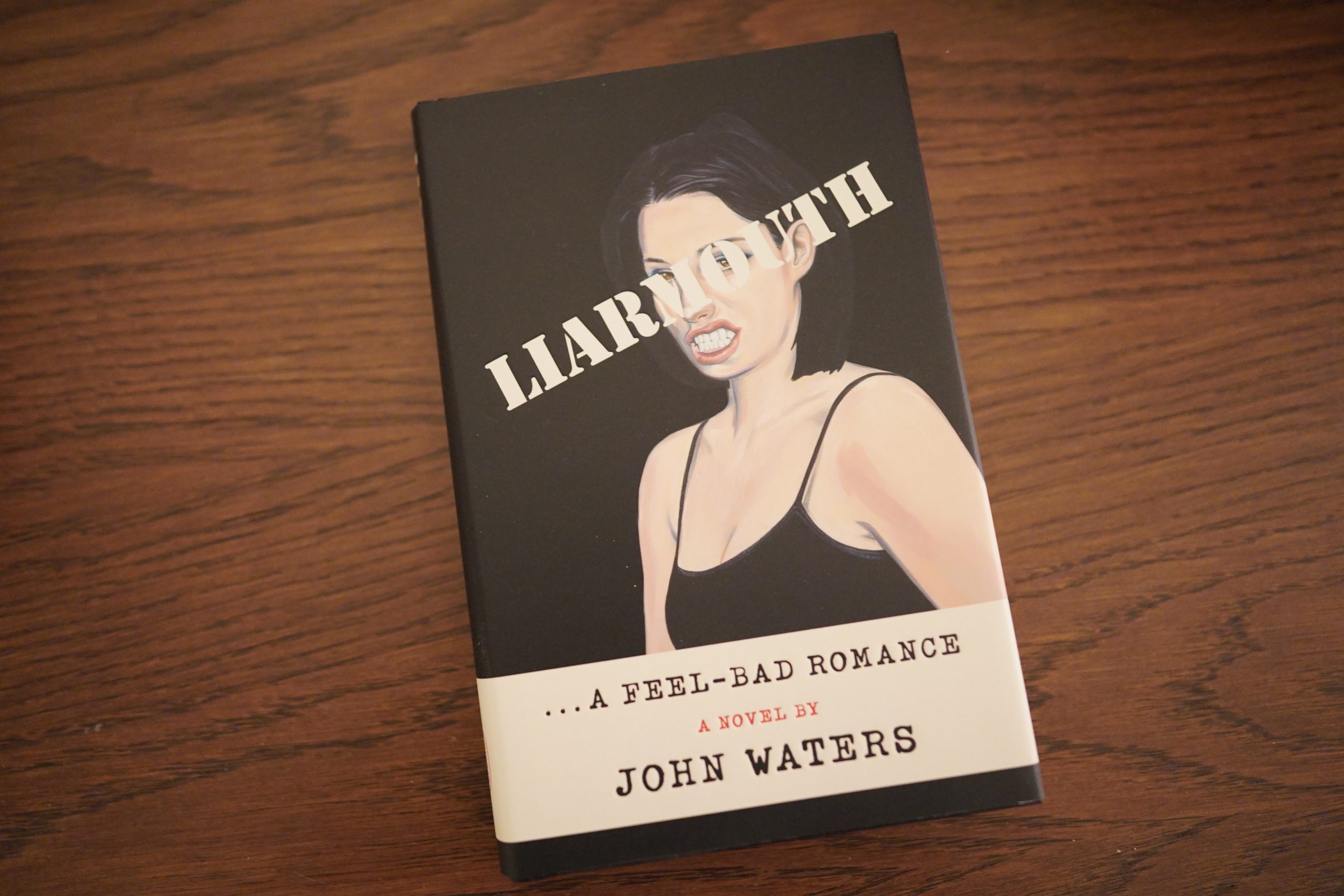 John Waters wrote a novel! Well, sort of. Liarmouth is less a novel and more a series of deranged tableaux that I’m sure will be fun to watch in a movie, but it was exhausting to read. A typical scene is… one of the characters is hitch-hiking, she gets picked up, she finds a severed head under her seat, she bashes the leering driver with it and his head explodes, the car crashes, she exits the car and steals another car.

And that’s two thirds of a single page. And all the pages are like this. I’m guessing Waters was cackling like a lunatic while typing, but it didn’t end up being an actual novel.

Fortunately, he’s gotten money to film it, and I’m betting it’ll be awesome as a film. 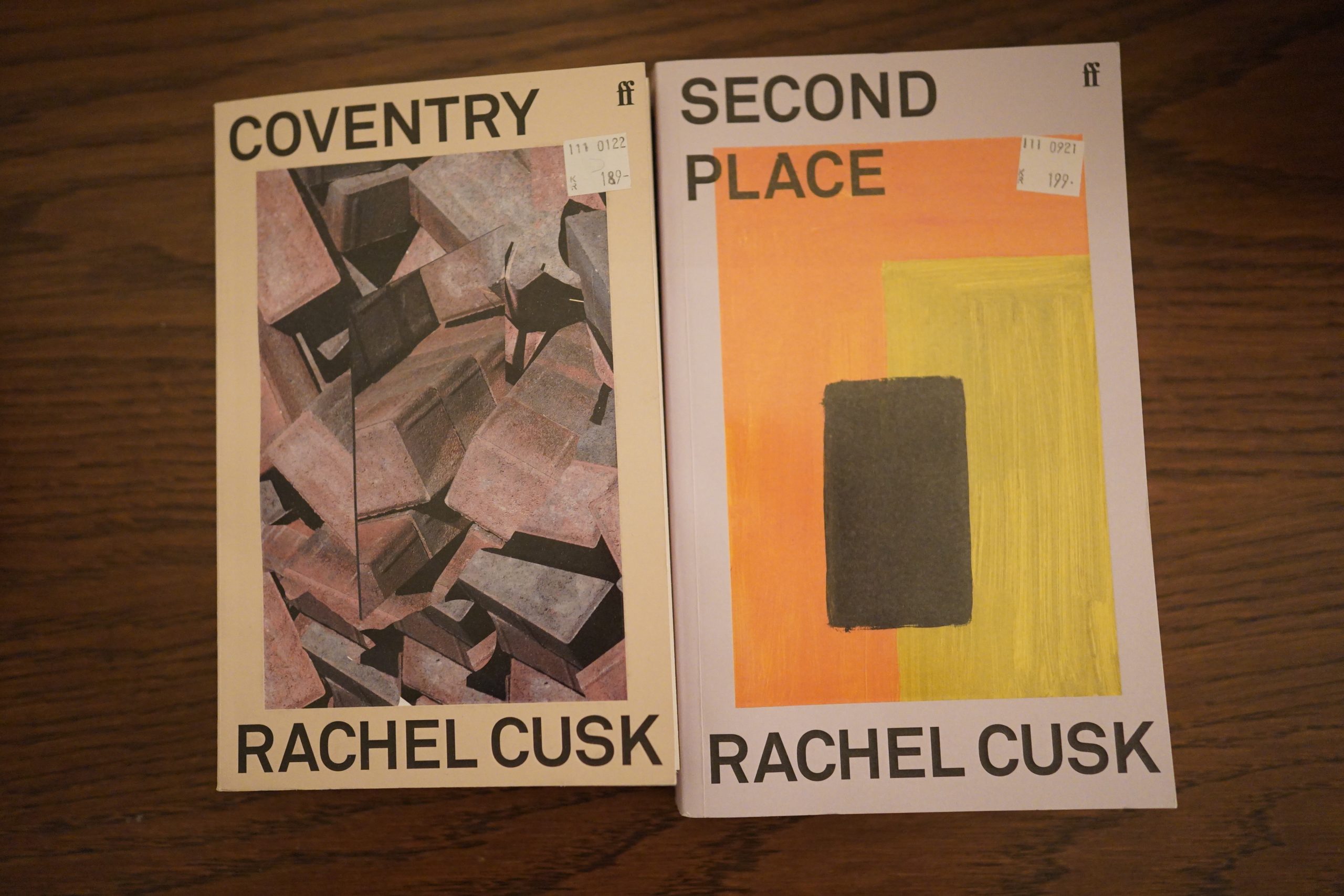 I’m just noting that 70% of recent literature uses this design template pioneered by Rachel Cusk for their covers.

And… that’s it. I have nothing more to say about books. I promise!