Wow. That’s the most thrilling title sequence ever.

And the characters and situations seem so familiar from Koreyoshi Kurahara’s previous movies, and that… somehow makes it even more exciting? No, I can’t explain it either. It’s actors from The Warped Ones back in the same and in different roles? Or something?

The movie seems even more out of control than the previous ones. He’s using the wonky lenses to bewilder rather than trying to avoid the effects as in earlier movies.

This is earnestly trying to say something about racism, and it lands in… the uncanny valley between “Is this the most offensive movie ever?” or “Is this really brilliant?”

I mean, it’s got both blackface and whiteface. 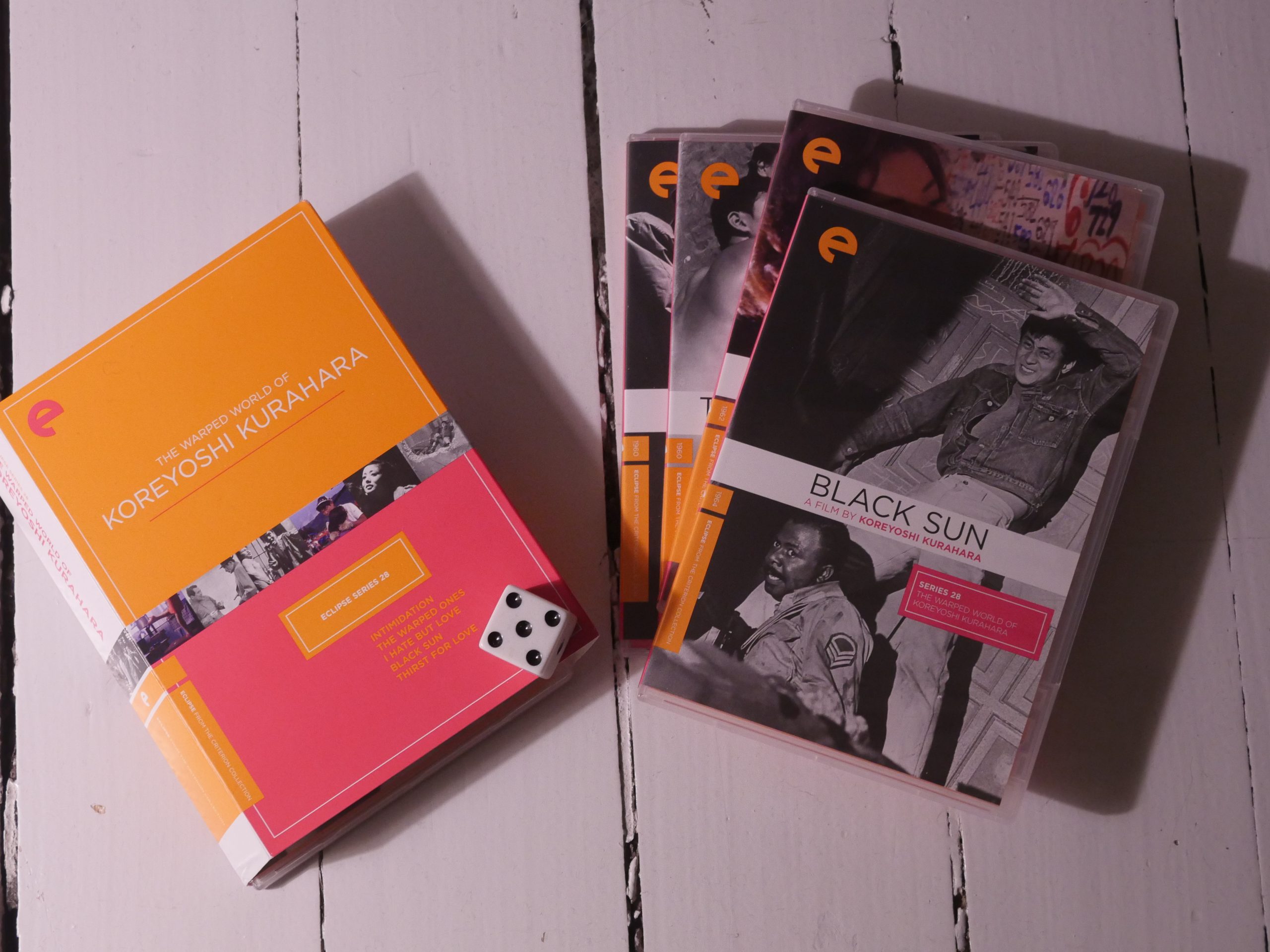