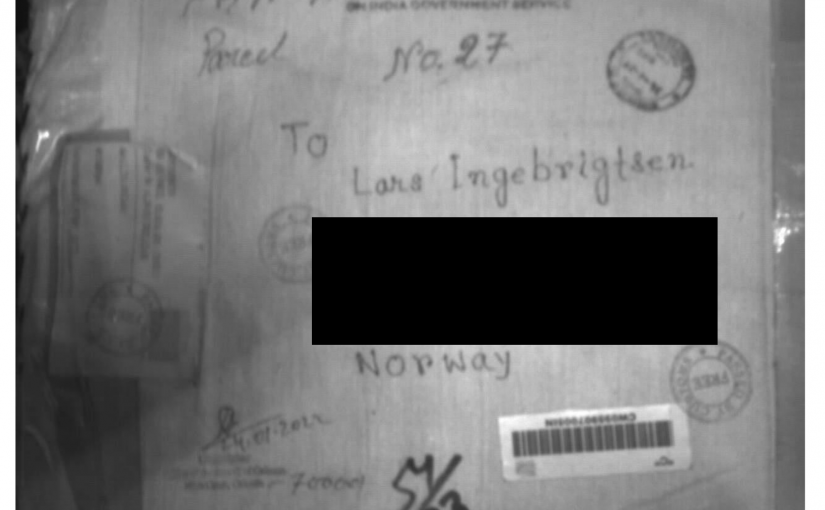 Last week, I got a letter from the post dept asking me to declare a package… that had arrived from India. I couldn’t remember ordering anything from India, so I answered “er what” and they sent me this snapshot of the package back: 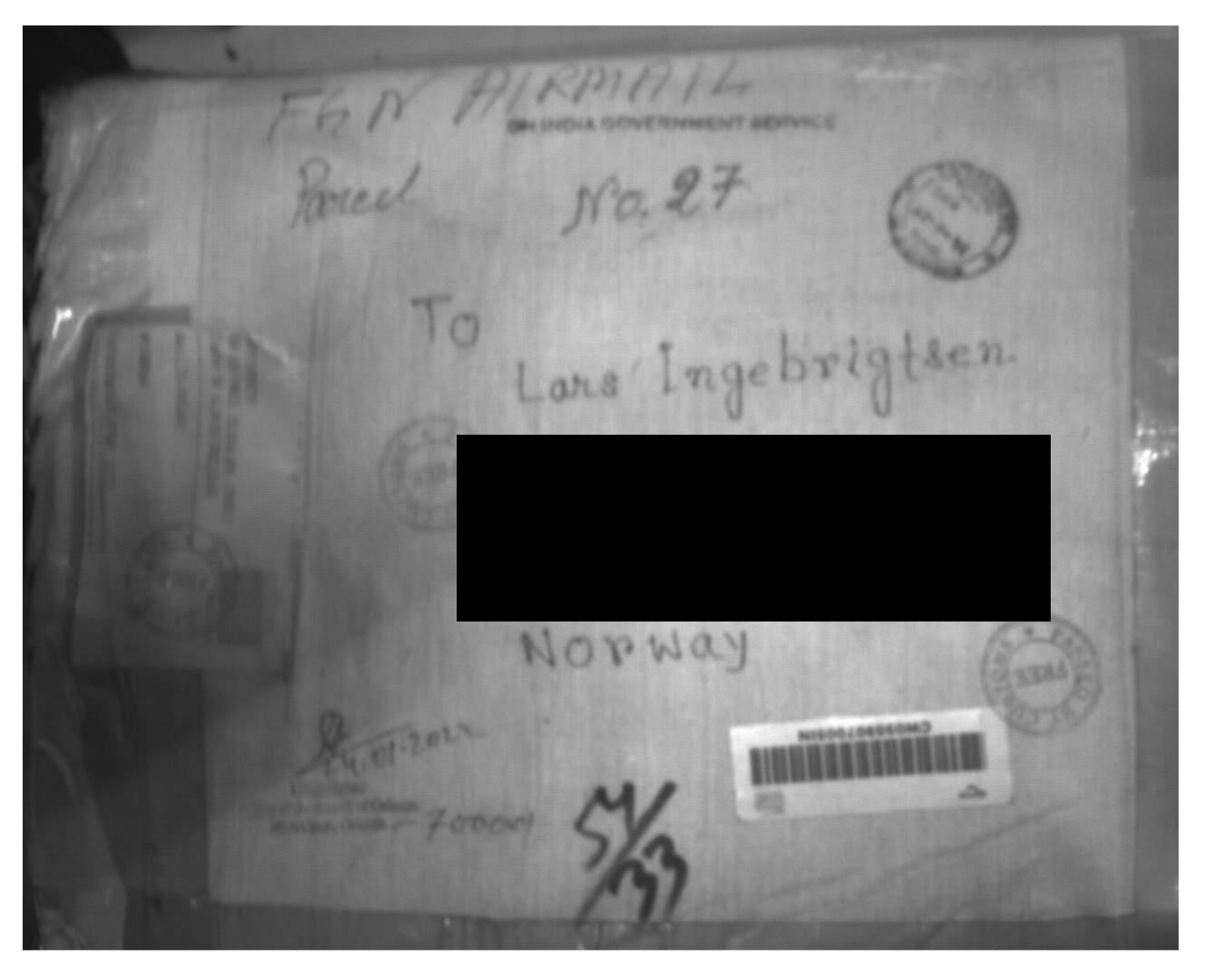 Such clarity. But I managed to make out “On India Government Service”, and then it dawned on me: This must be that thing where I’m being sued in India again!

As you probably won’t remember (I barely remembered it myself), in 2011 I got several kilos worth of legal documents from India. I, along with Yahoo and Google, was being sued because of statements made by a person in India about another person in India, but it was unclear why or what they wanted me to do.

A later letter clarified things slightly, and then finally I somehow figured out what this was all about:

I’m not quite sure what the suit is actually about, because the papers here deal mostly with trying to shift the case from the Calcutta high court to another high court. Because Milap is afraid that he’ll be killed if he shows his face in Calcutta.

ALLEGEDLY! I know nothing.

(And my part in all of this is that I used to run the Gmane mailing list archive, which stored a copy of the email where Milap had told his tale of woe.)

So I wrote back to the postal service and explained some of this and asked “does it look like it’s paperwork?” (because these days the postal people refuse to actually have a peek inside packages to see what’s what). And they answered “We’re sending it on”, which I interpreted as “yes”, and today I finally remembered to collect it at the post office: 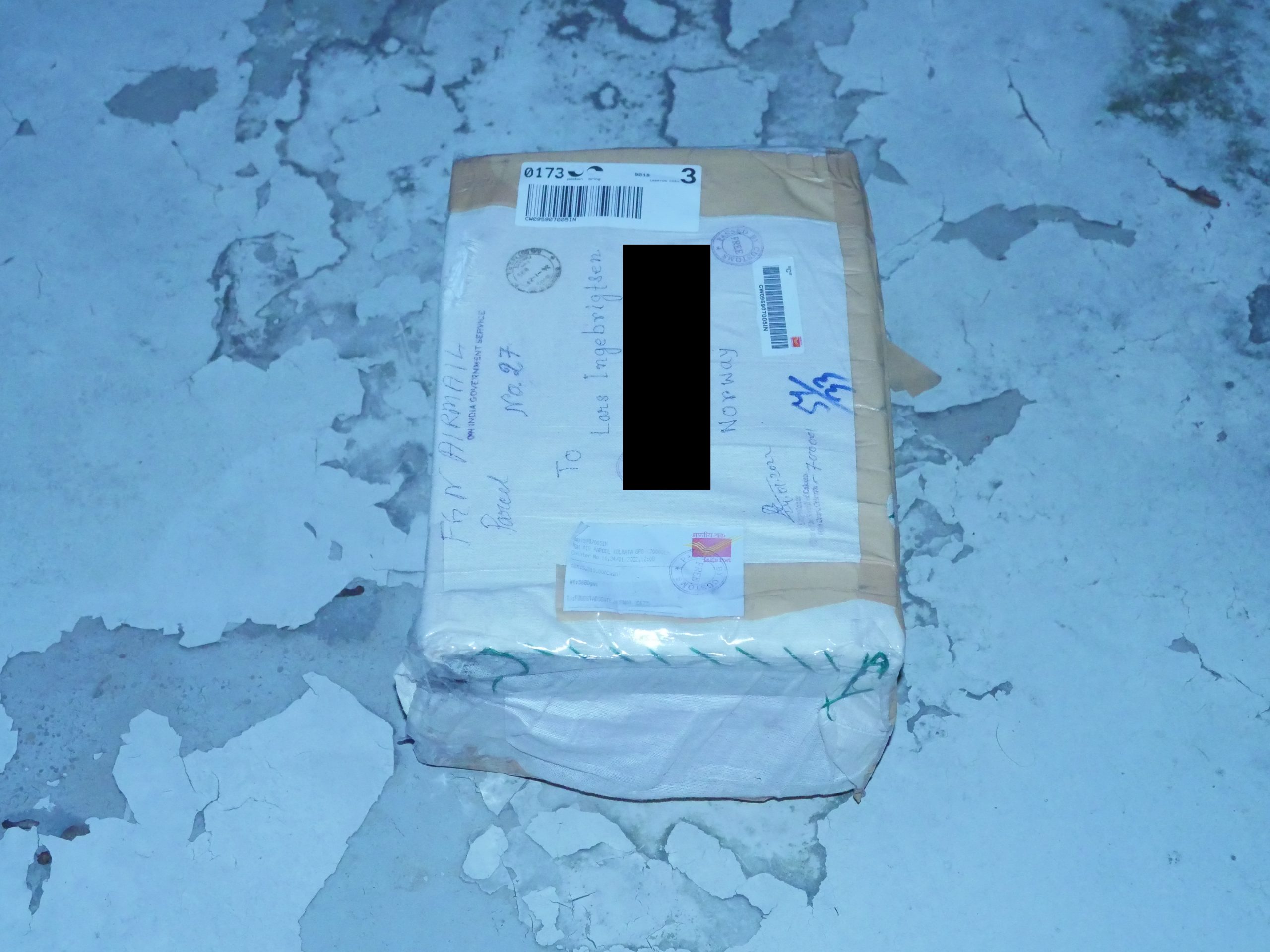 The packaging is made from cotton! That’s very nice and all… But I put in on the balcony in case it’s got, like, anthrax, or even worse: Glitter. You never know!

Hm, I should probably censor some addresses; not because it’s secret but you know. 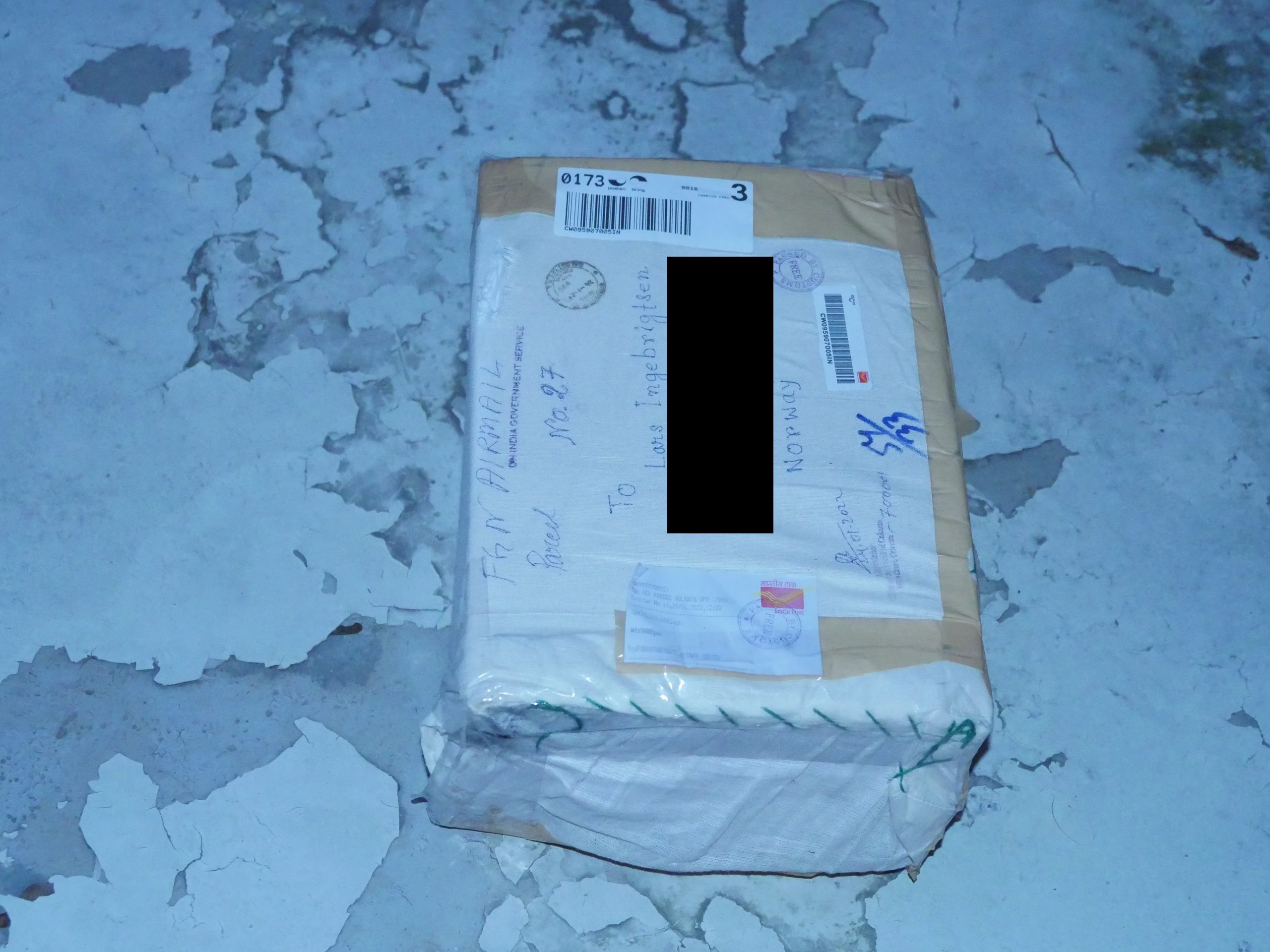 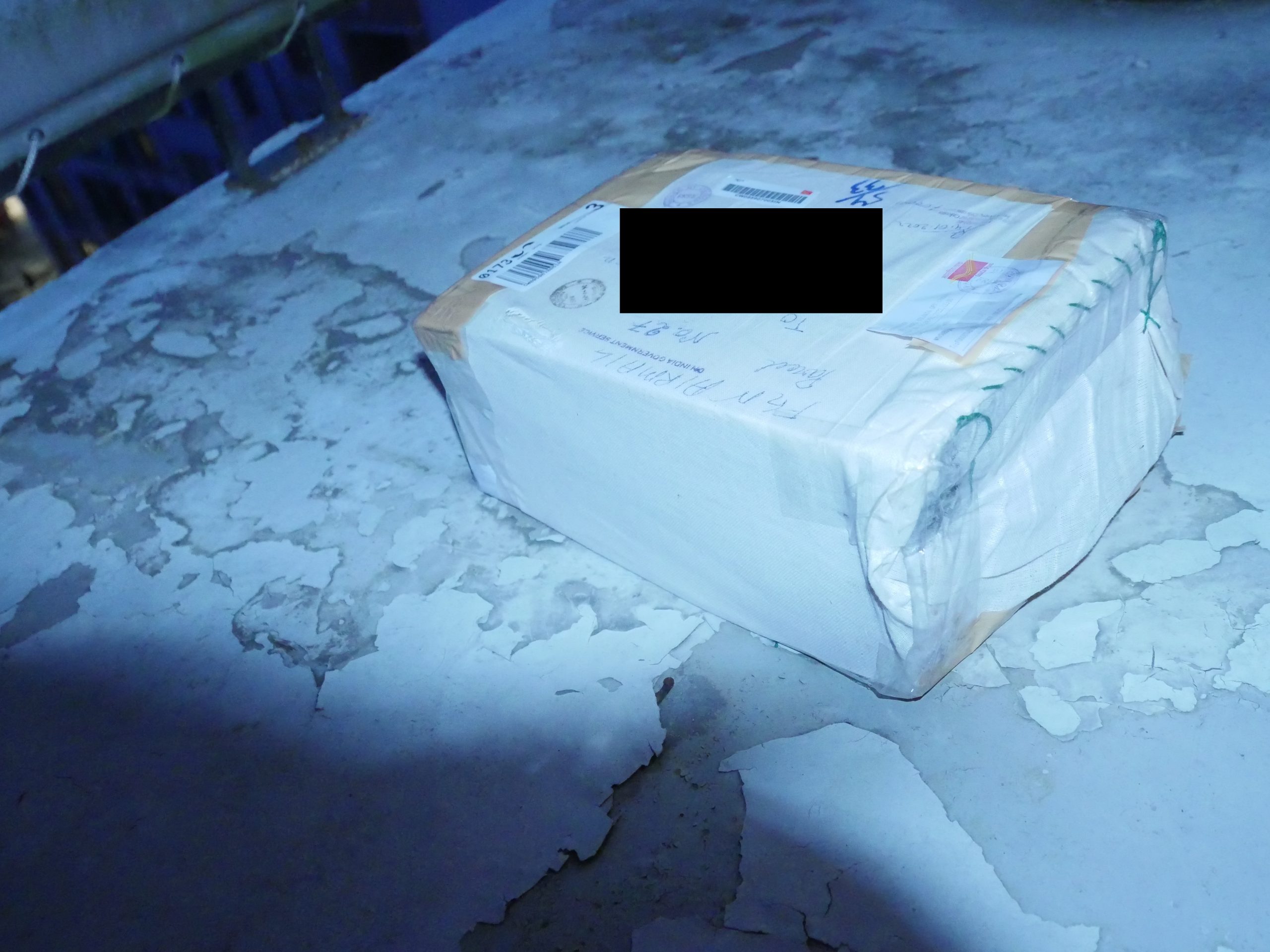 Looks like it, too. OK, time to make an incision… 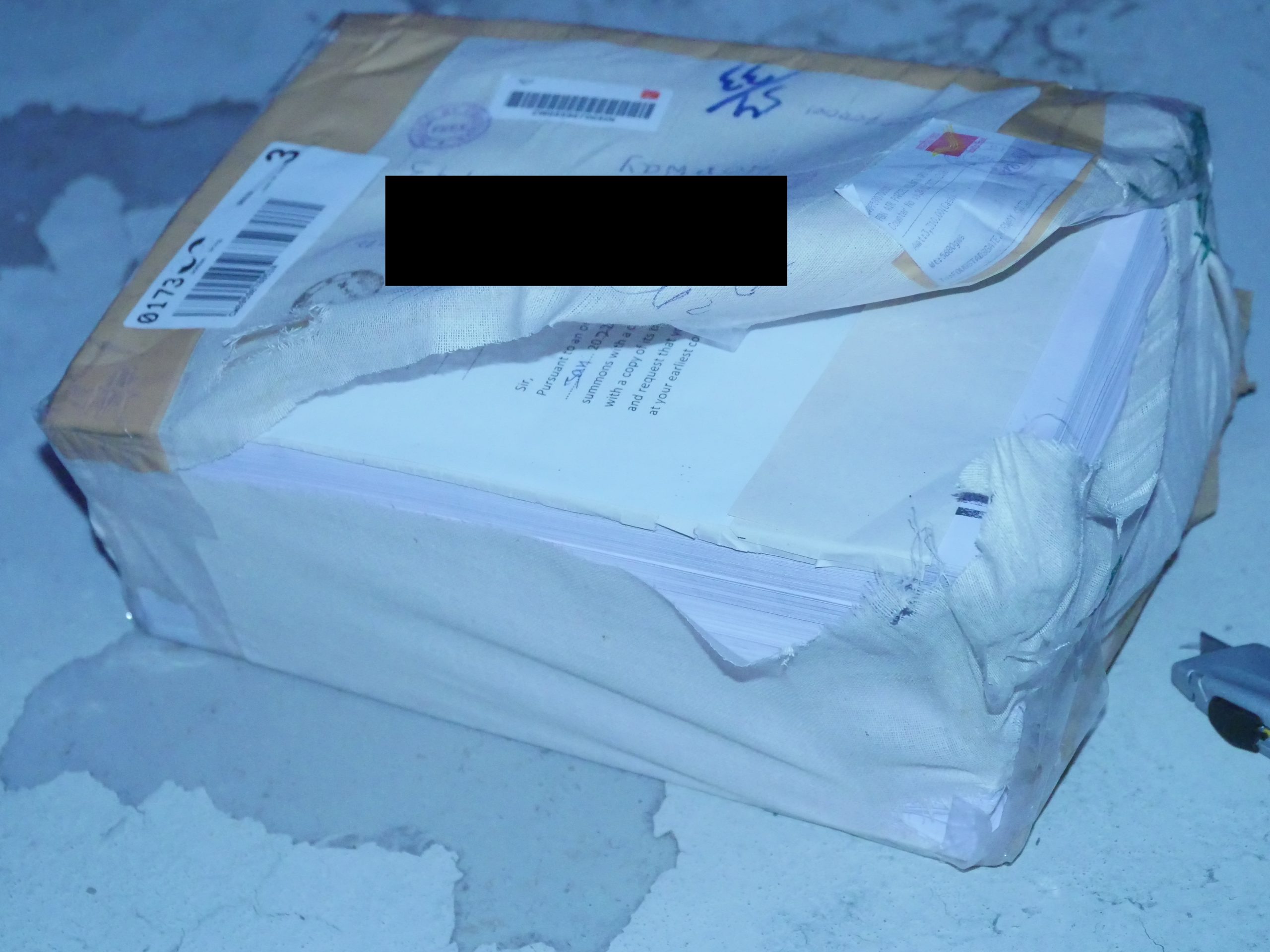 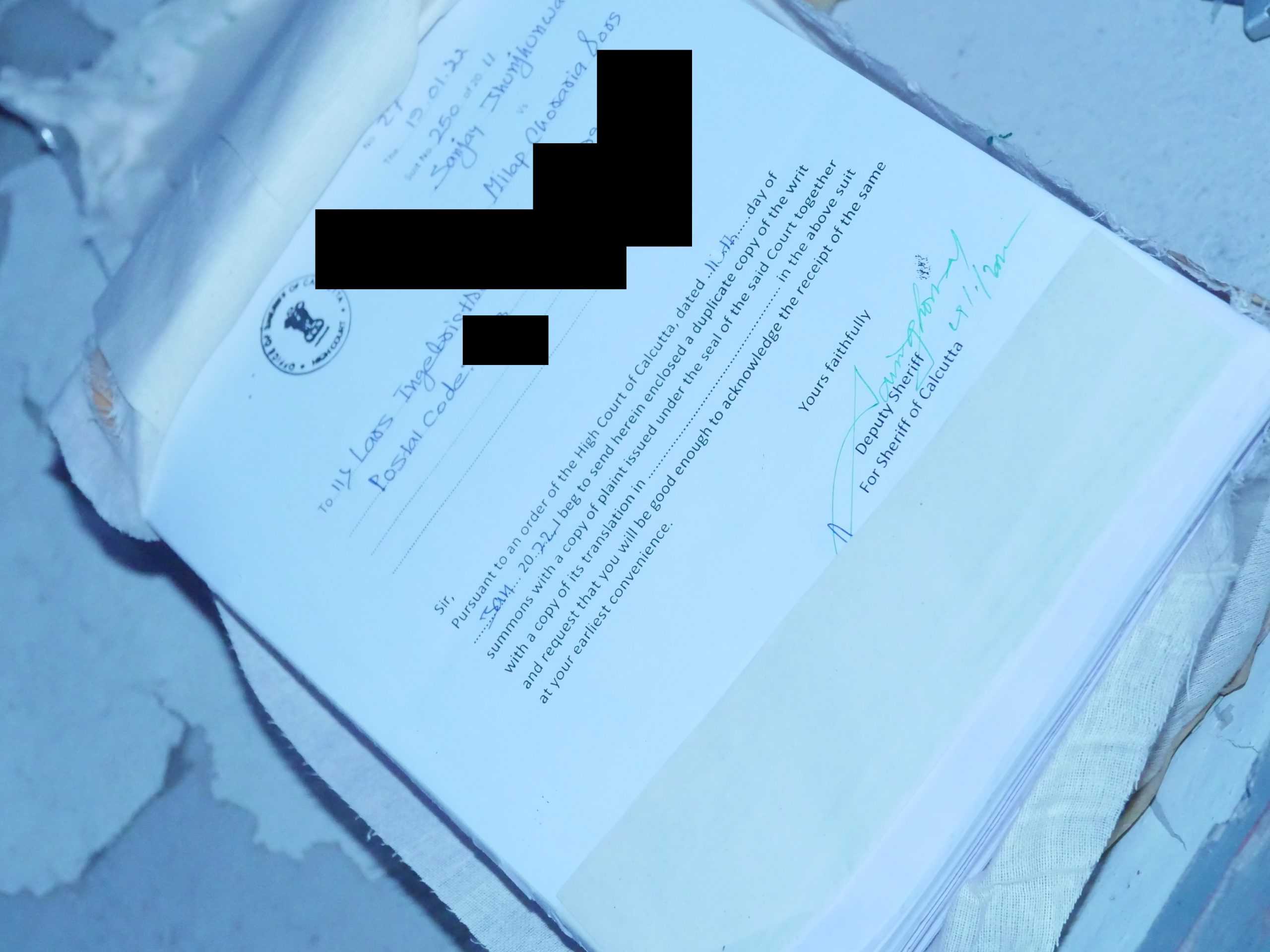 Uh-oh. It’s from the Sheriff of Calcutta! 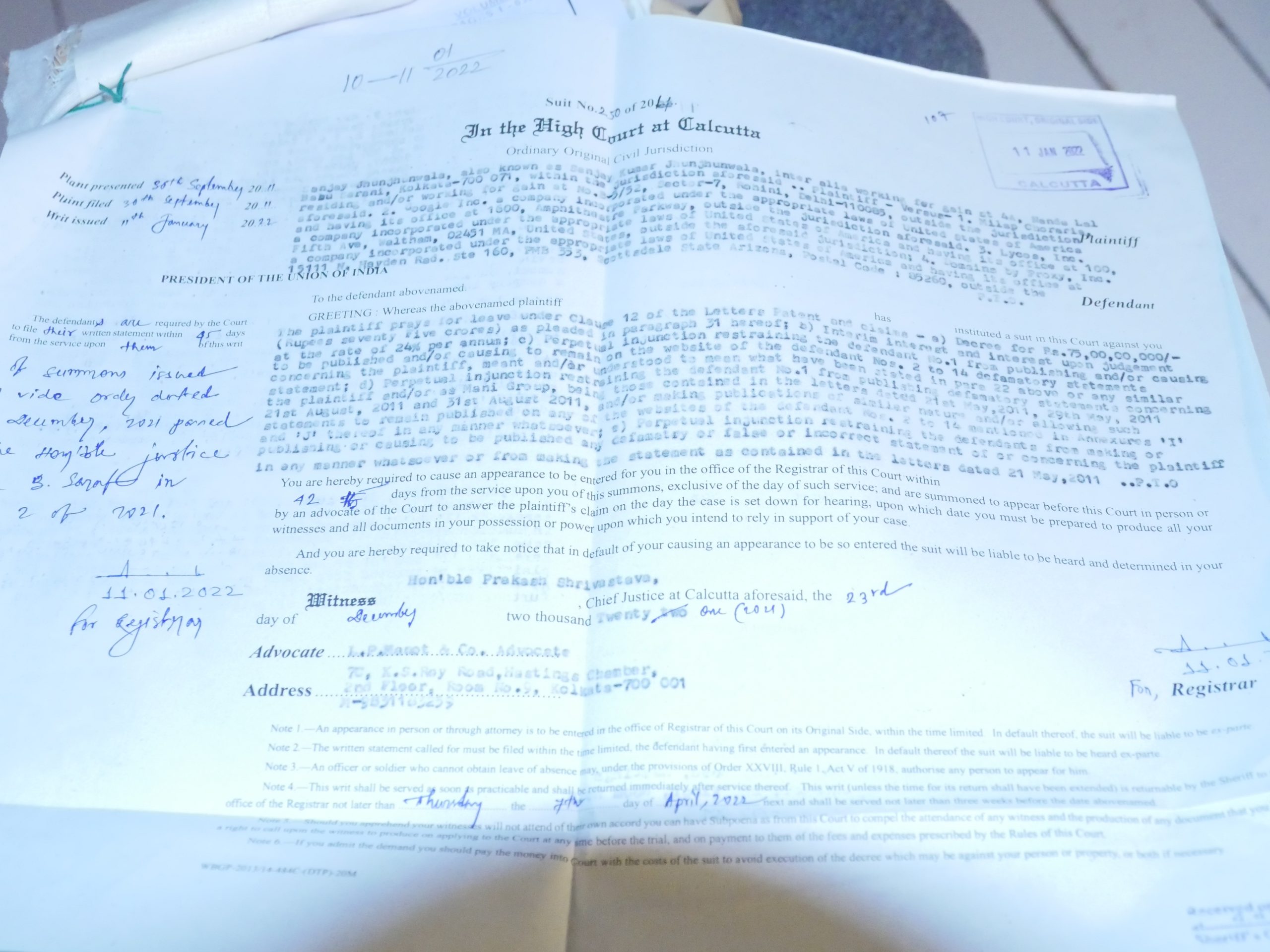 OK, it’s a writ stating that I have to appear at the court now?

From the High Court of Calcutta. So Milap wasn’t successful in moving the trial away from Calcutta, so I guess he’s gonna get killed? (That was his fears, apparently.) ALLEGEDLY! 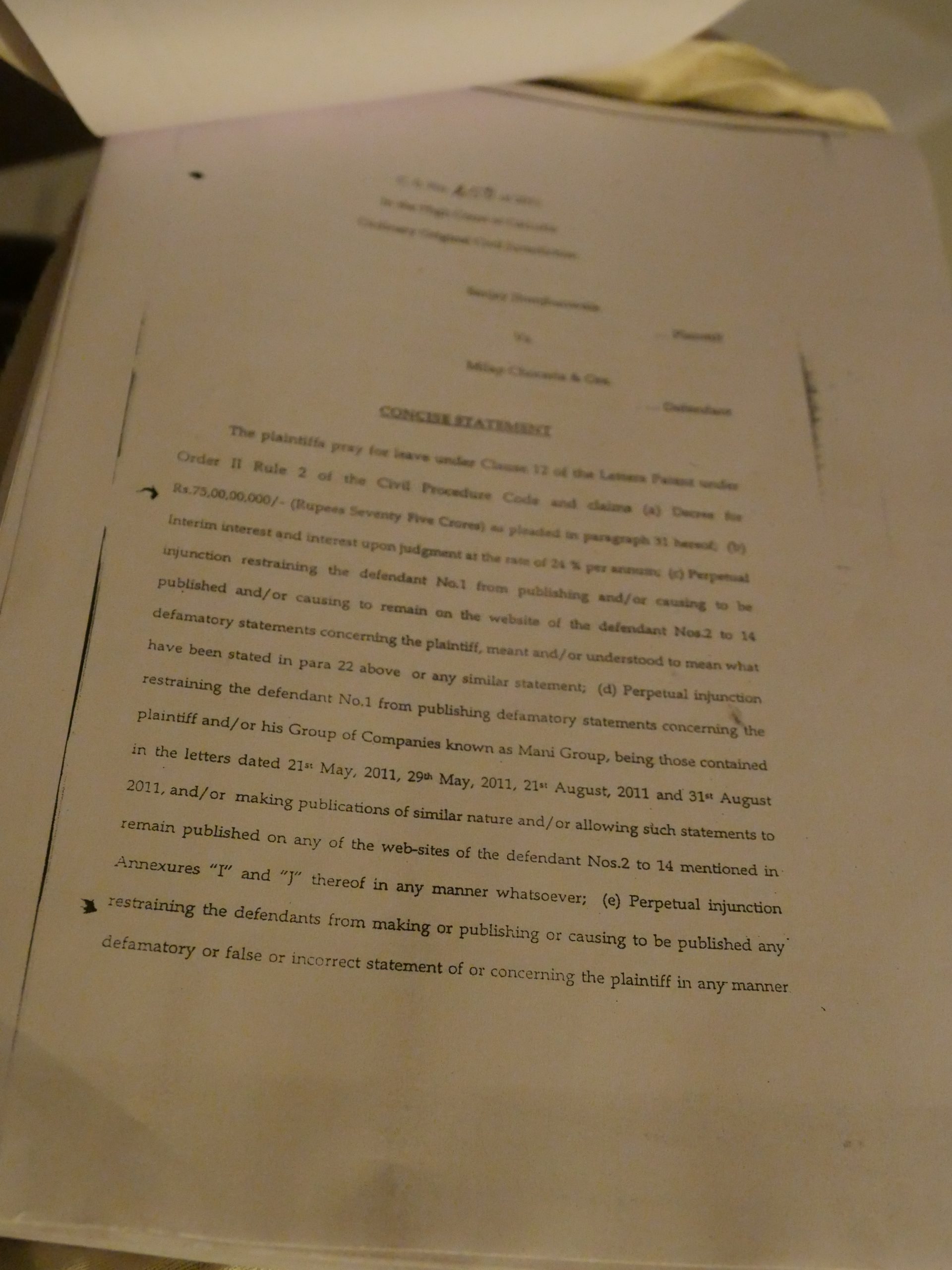 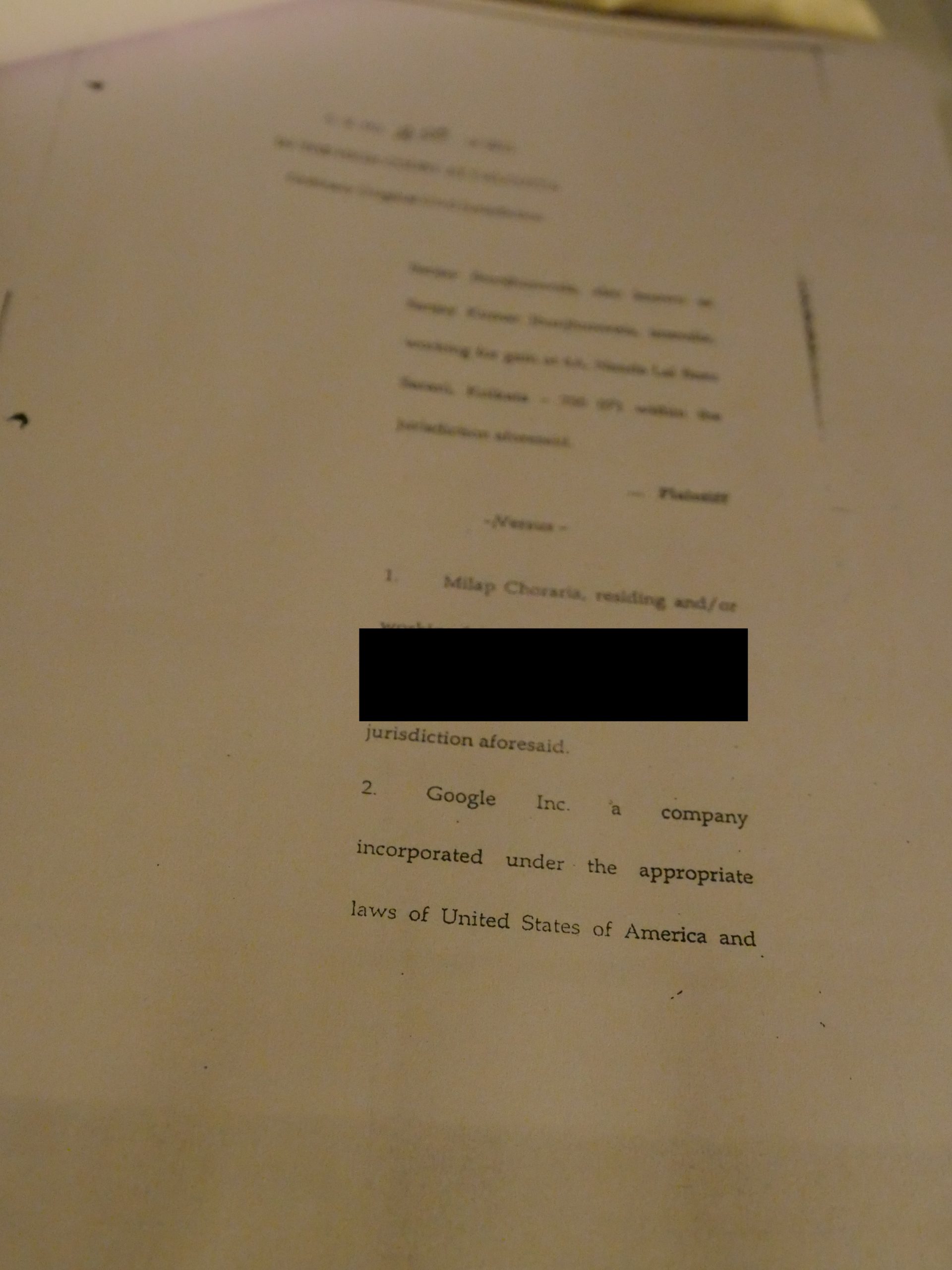 Who’s my co-defendants this time? Google’s still on board… 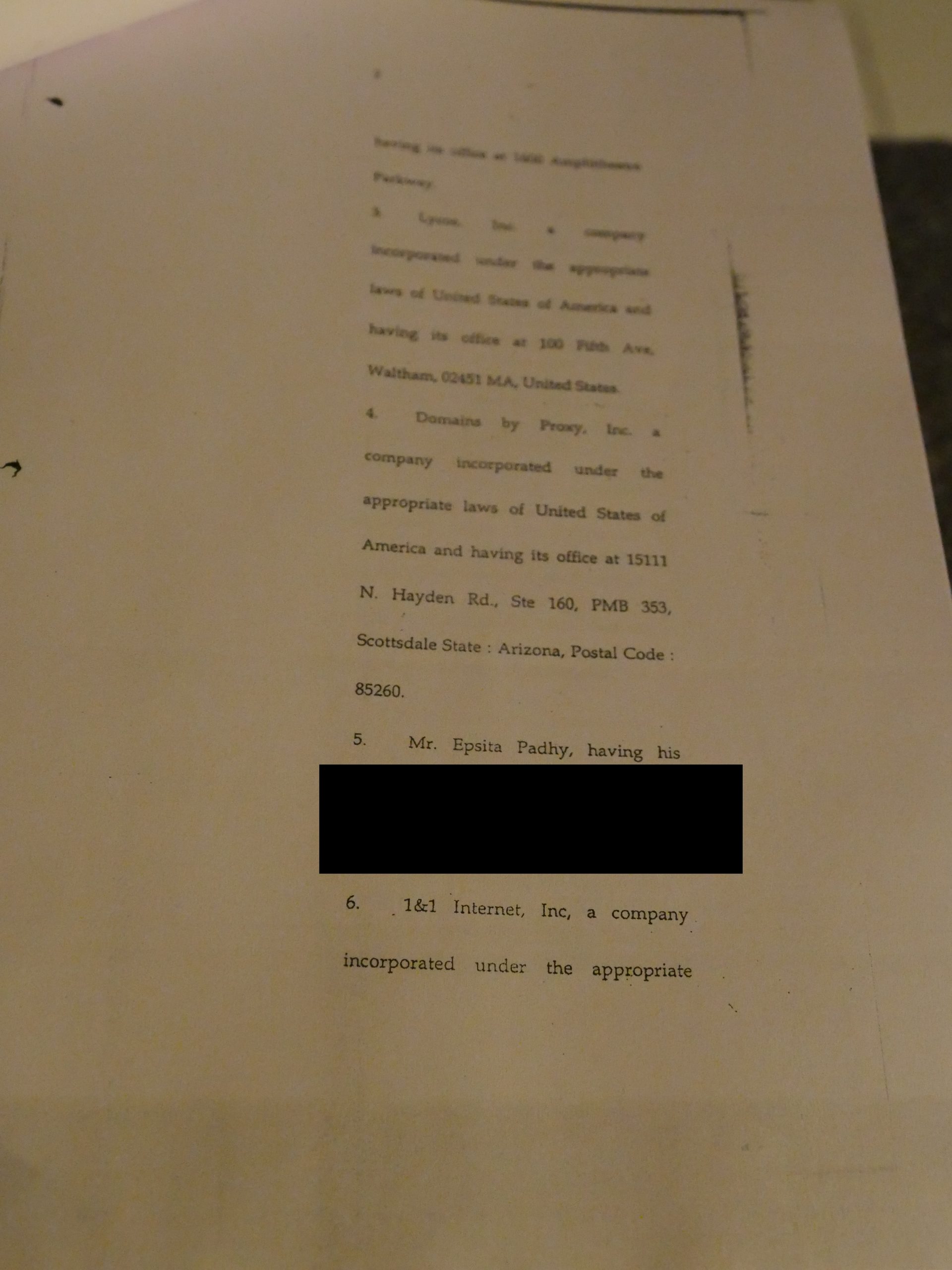 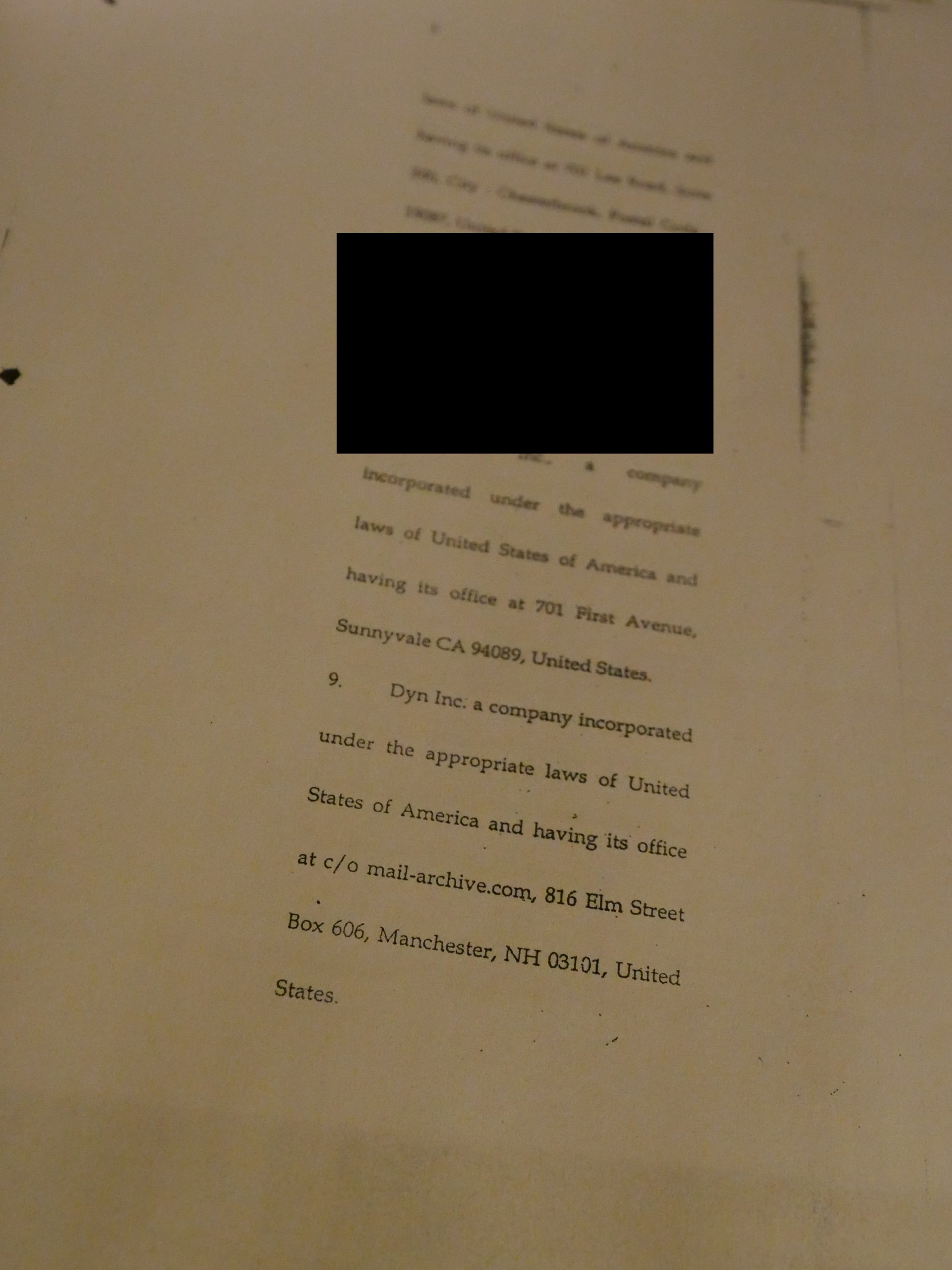 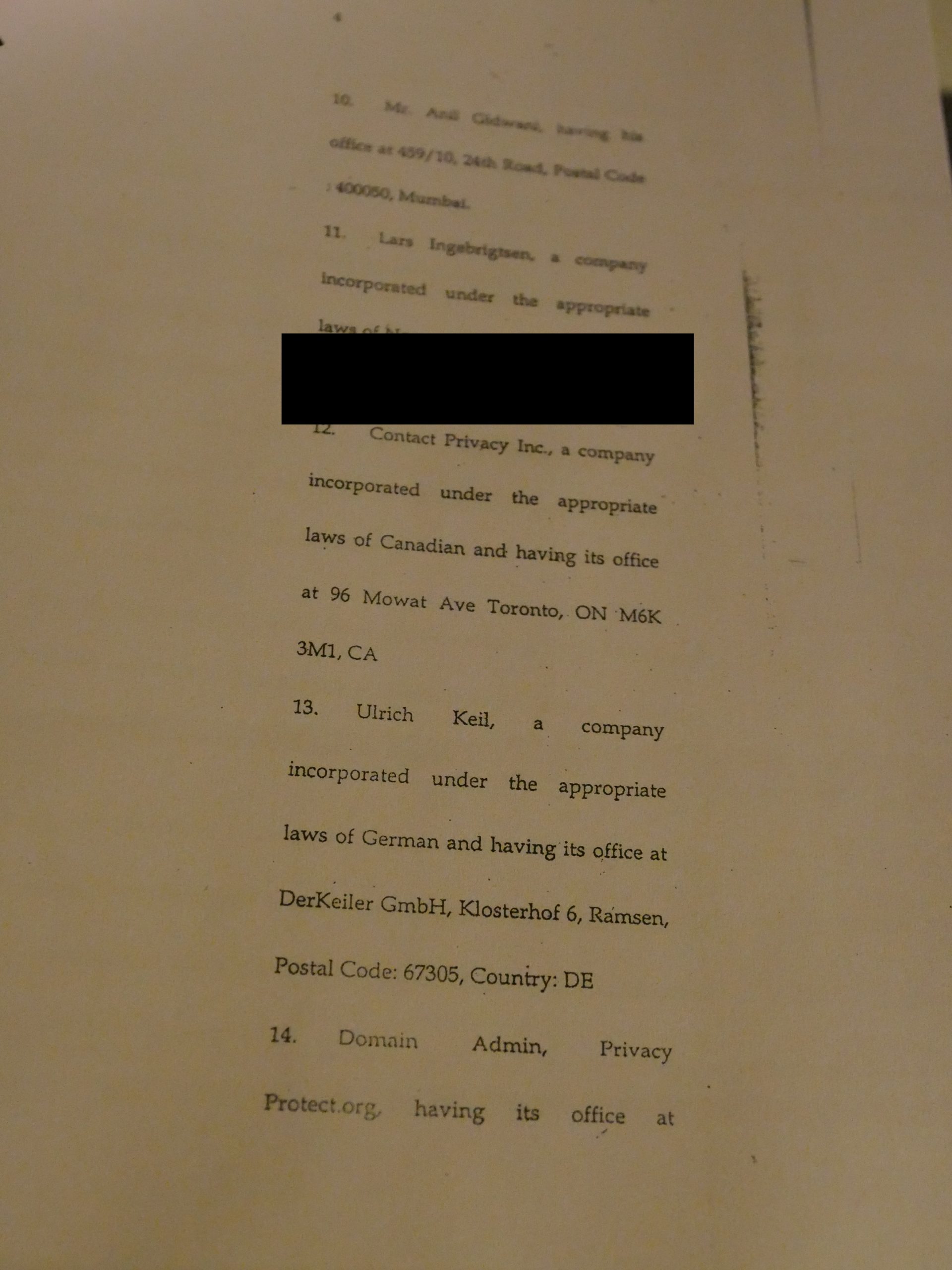 And there’s little ol’ me! 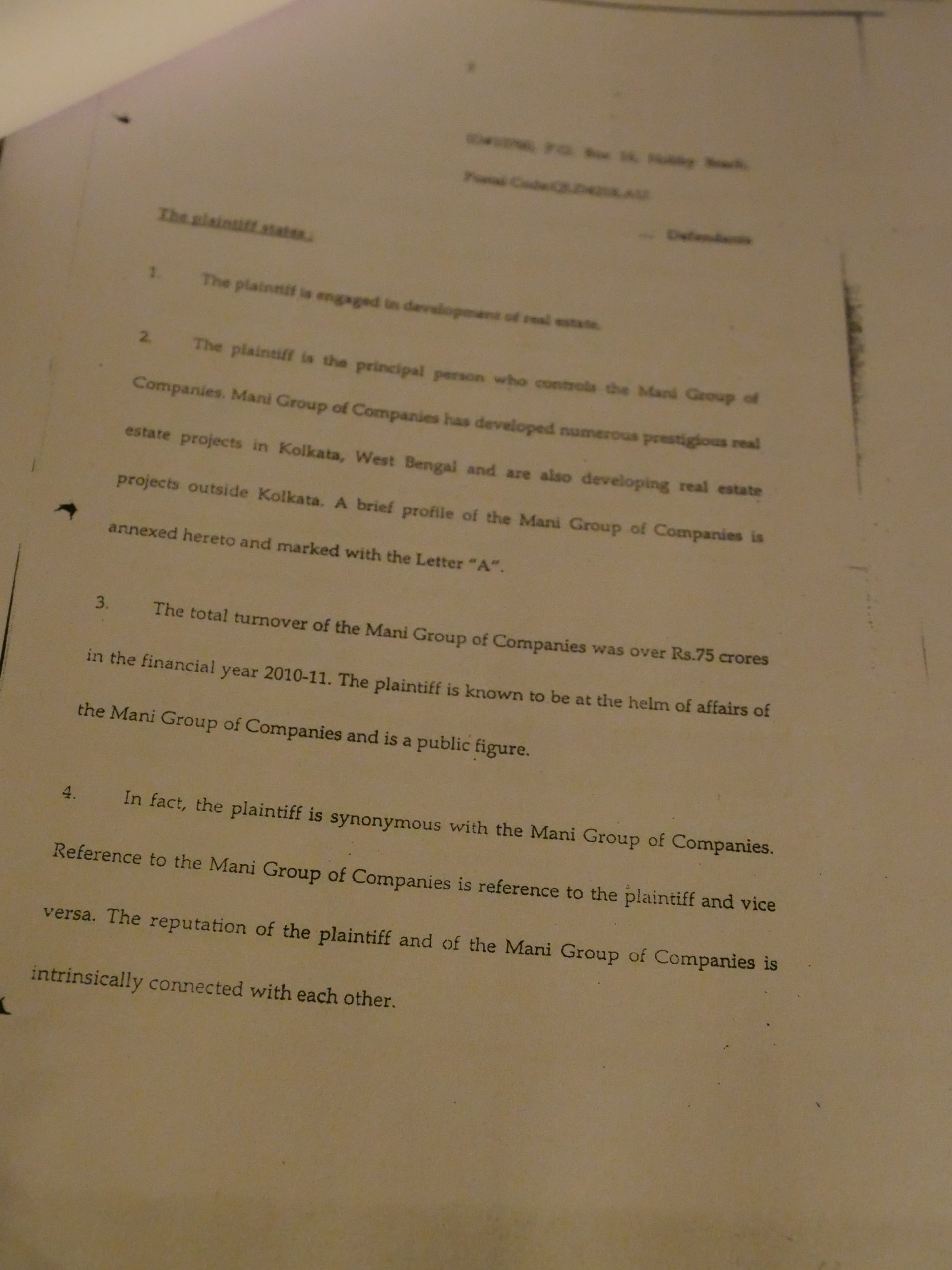 I don’t even know whether this is the suit or the countersuit. Hm… oh, yeah! This is the suit. Sanjay is suing Milap and the rest of us…

But I guess my reaction to all of this is the same as always: I’m never, ever going to India.

But I guess I should find out if Norway has an extradition treaty with India, eh?

One thought on “Further* Legal Developments”