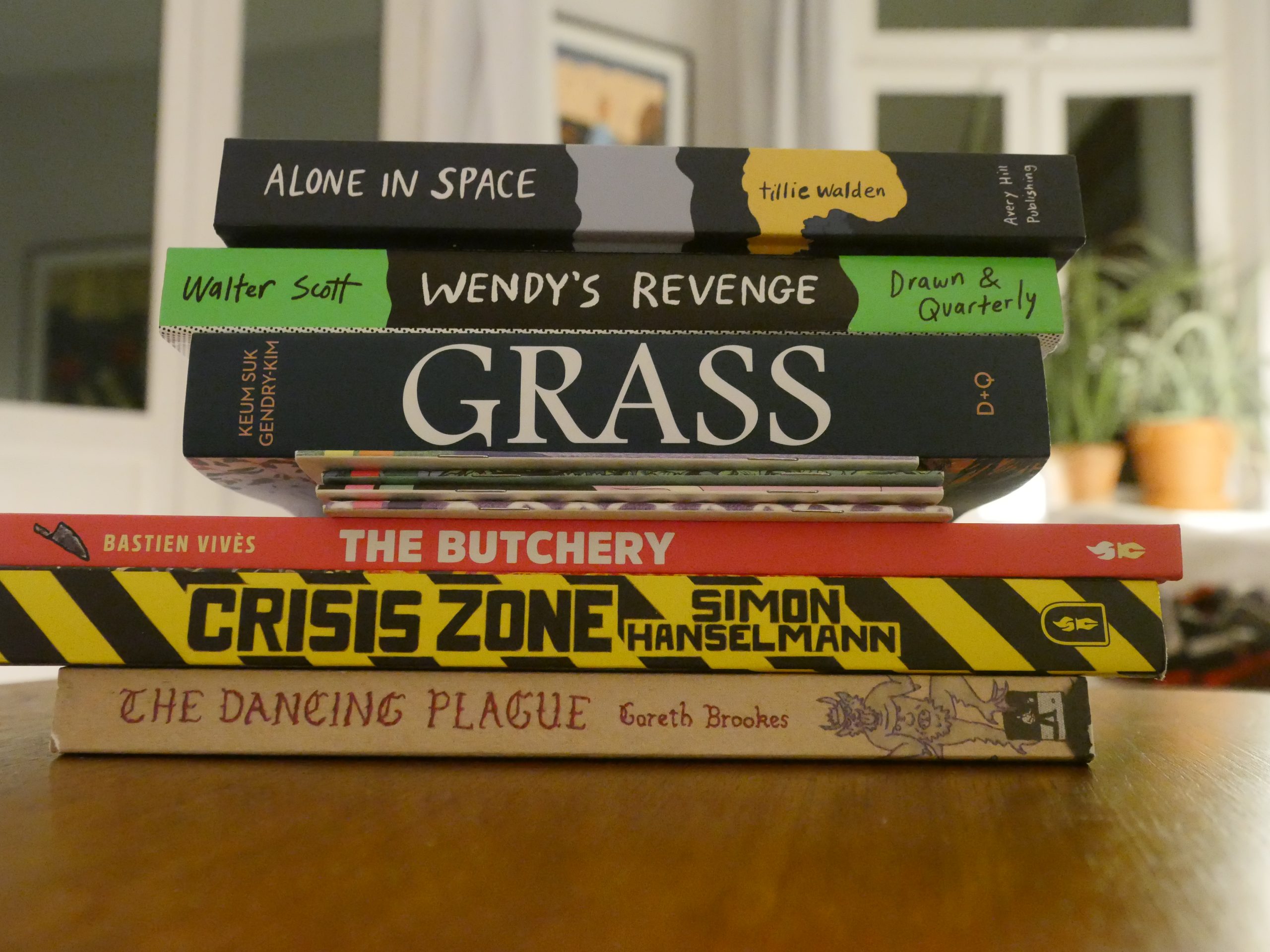 Wow, it’s been two months since I did one of these posts, where I read a bunch of new comics and write a sentence or two about each of them. I guess… I’ve been busy reading old comics? Yup.

But I’ve now done the old comics (even if the posts will continue to trickle out over the next couple of months), and I’ve got candy, so it’s Newcomicapalooza time. 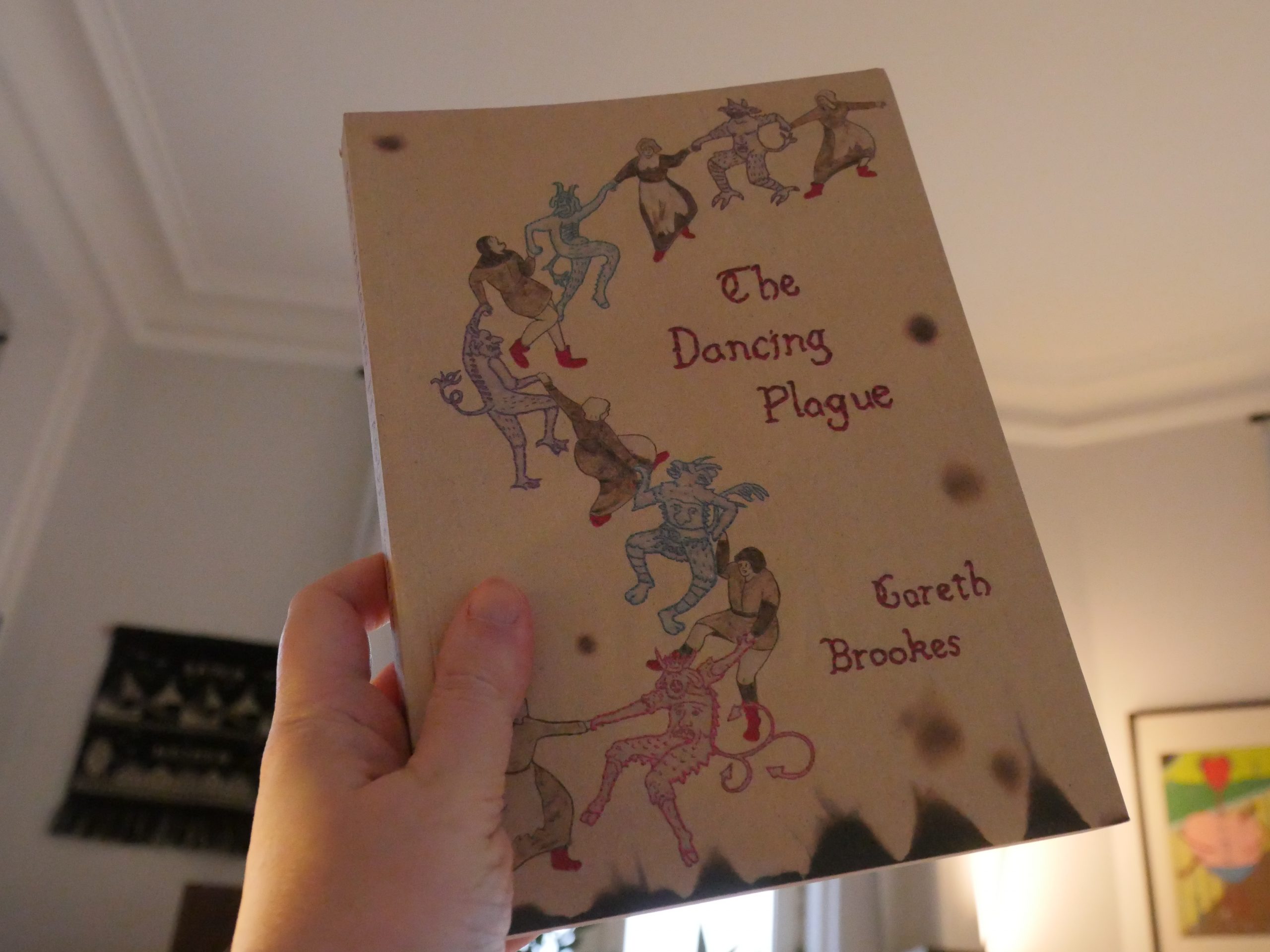 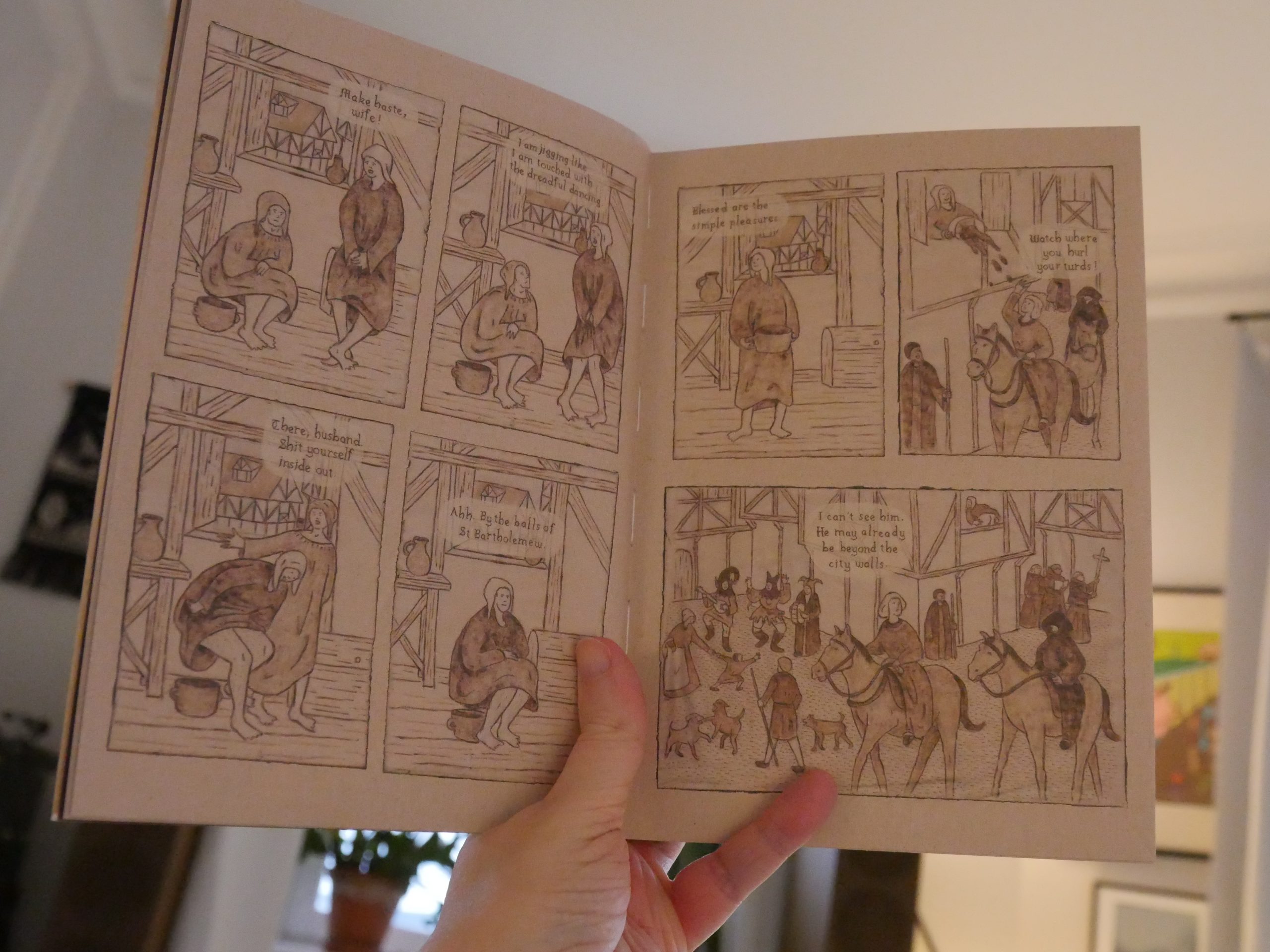 This is really good. I like how he drops us into this world without contextualising. 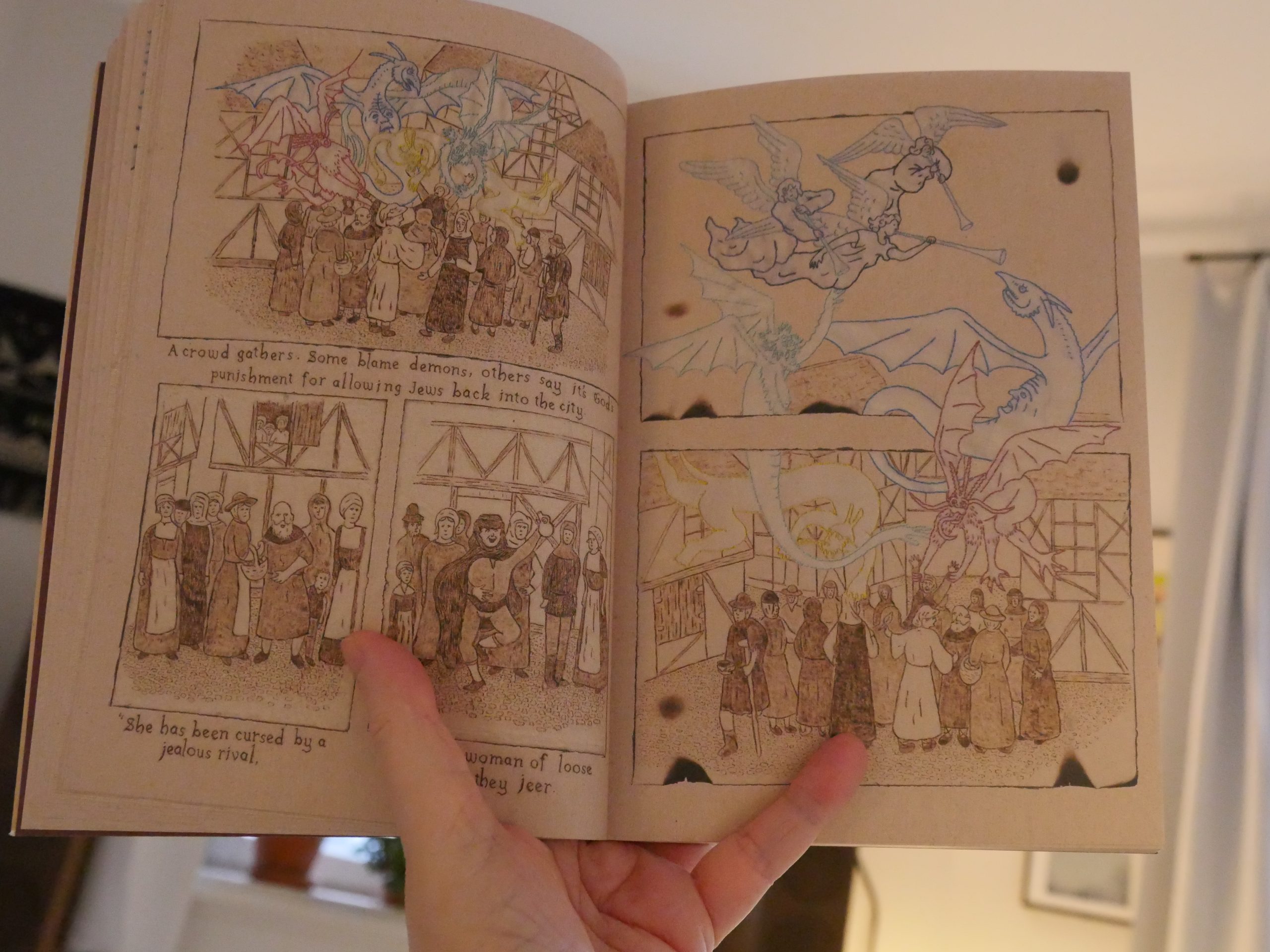 He depicts the story seemingly from the view of the people involved, without making any comments or offering any psychological explanation for the events. And… are those angels/demons embroidered? The people seem like they’re drawn onto cloth, but the supernatural bits seem like they’re hand-sown? Is it all done in Photoshop? I have no idea; it looks really cool anyway. 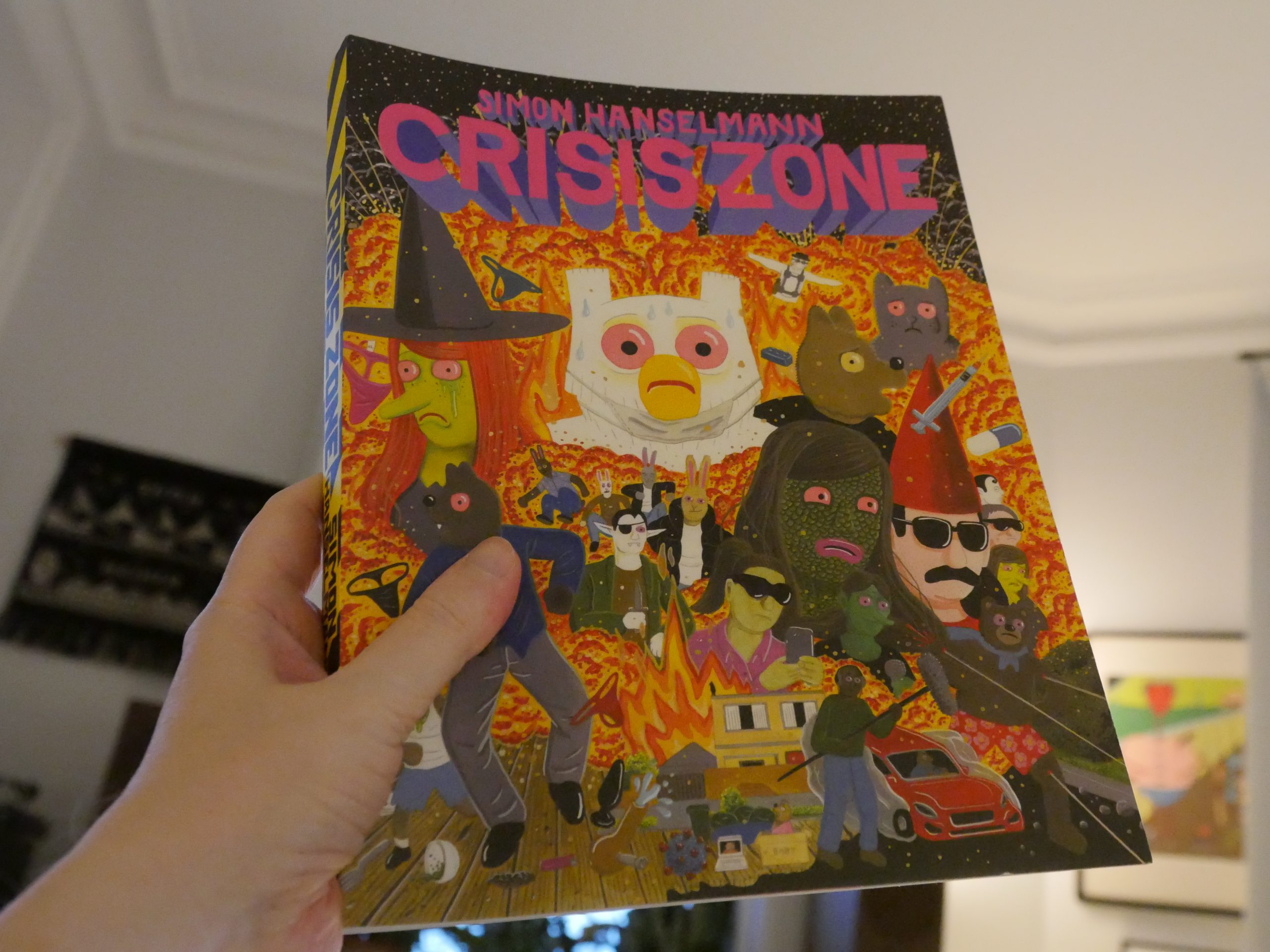 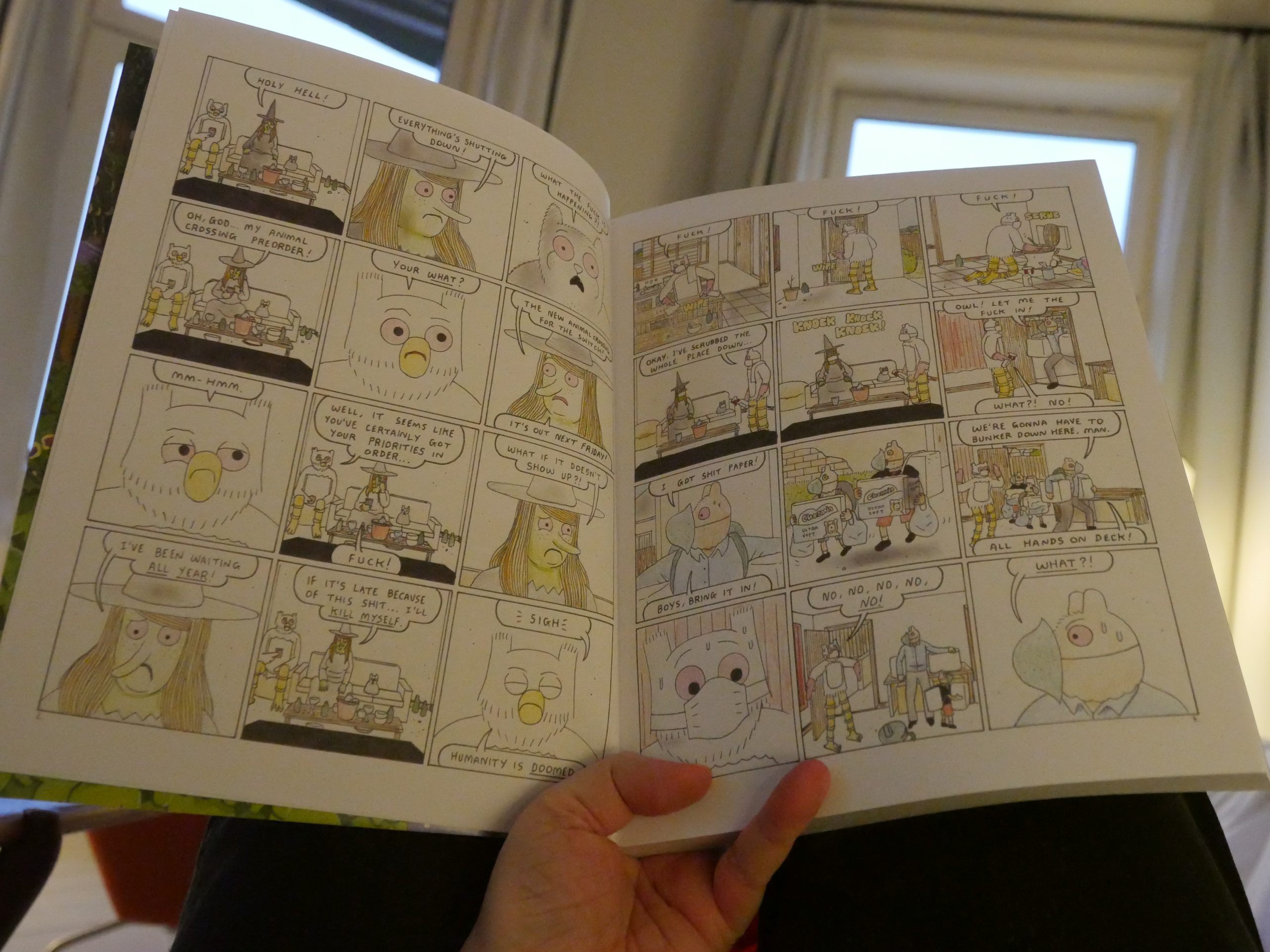 This starts off with what feels like a reset back to early Megg & Mogg strips — i.e., pretty much straight sitcom stuff. 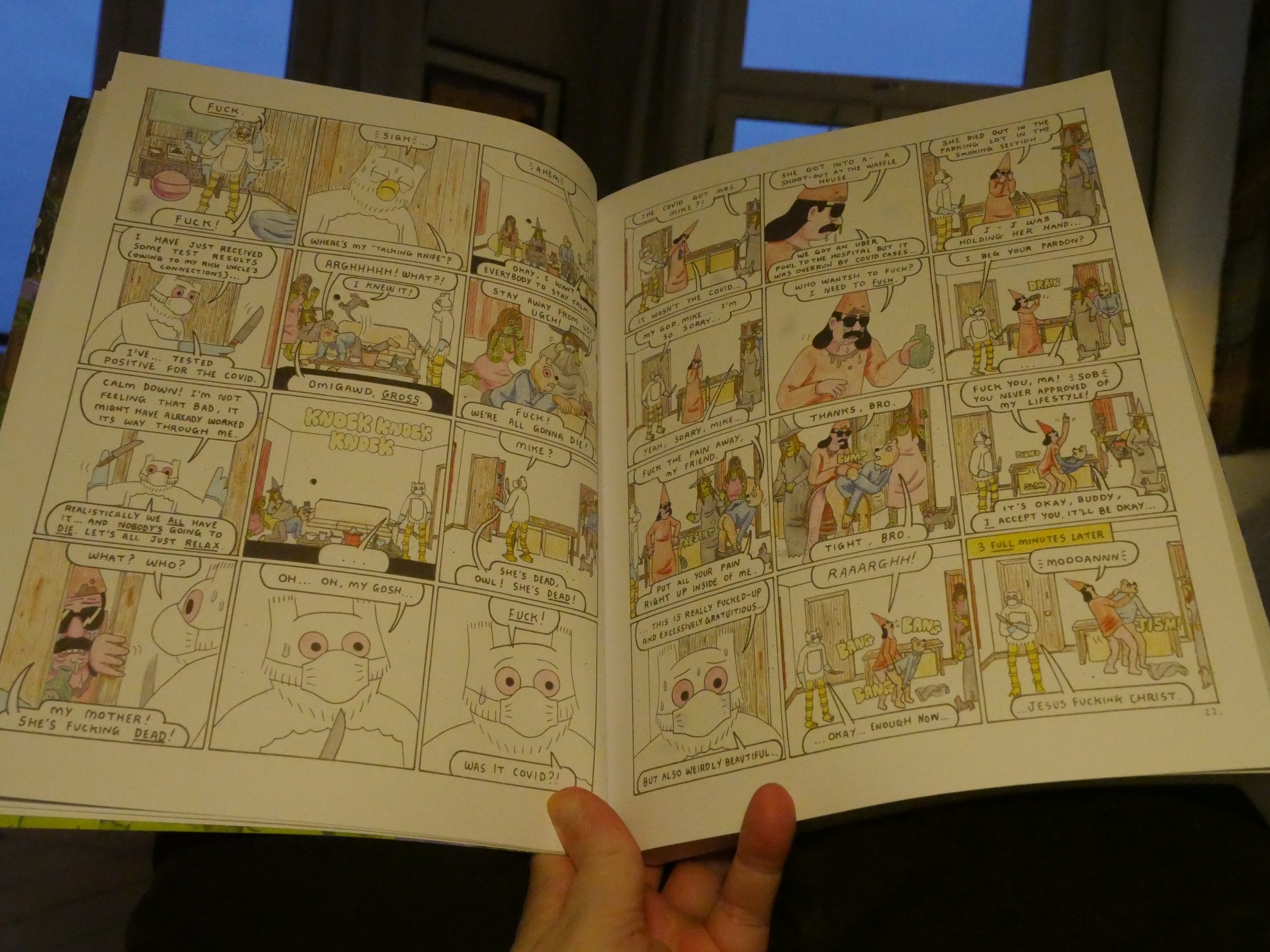 This was published on Instagram originally, and references events that were happening at the time. It was just last year! But it feels like it was decades ago now. Perhaps that’s why I’m feeling kinda… Well, I’m not feeling it. I mean, it’s funny, but I’m annoyed reading this. 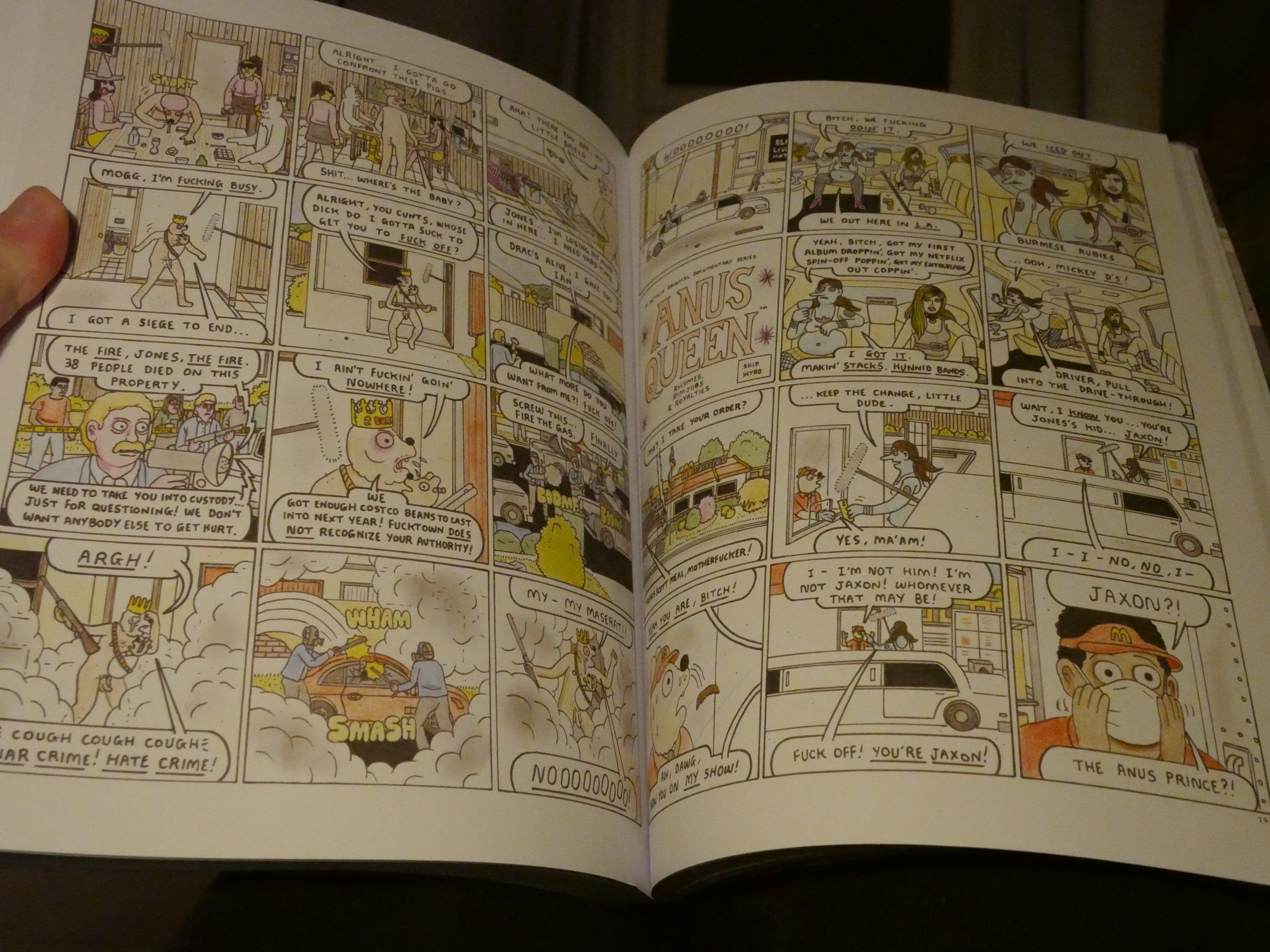 It just goes on and on and on, and the Tiger King thing seems to last forever without anything happening, even if everything possible happens on every page.

There’s bits in here that’s really funny (and on point), but it’s an exhausting book to read and is ultimately crushingly depressive. 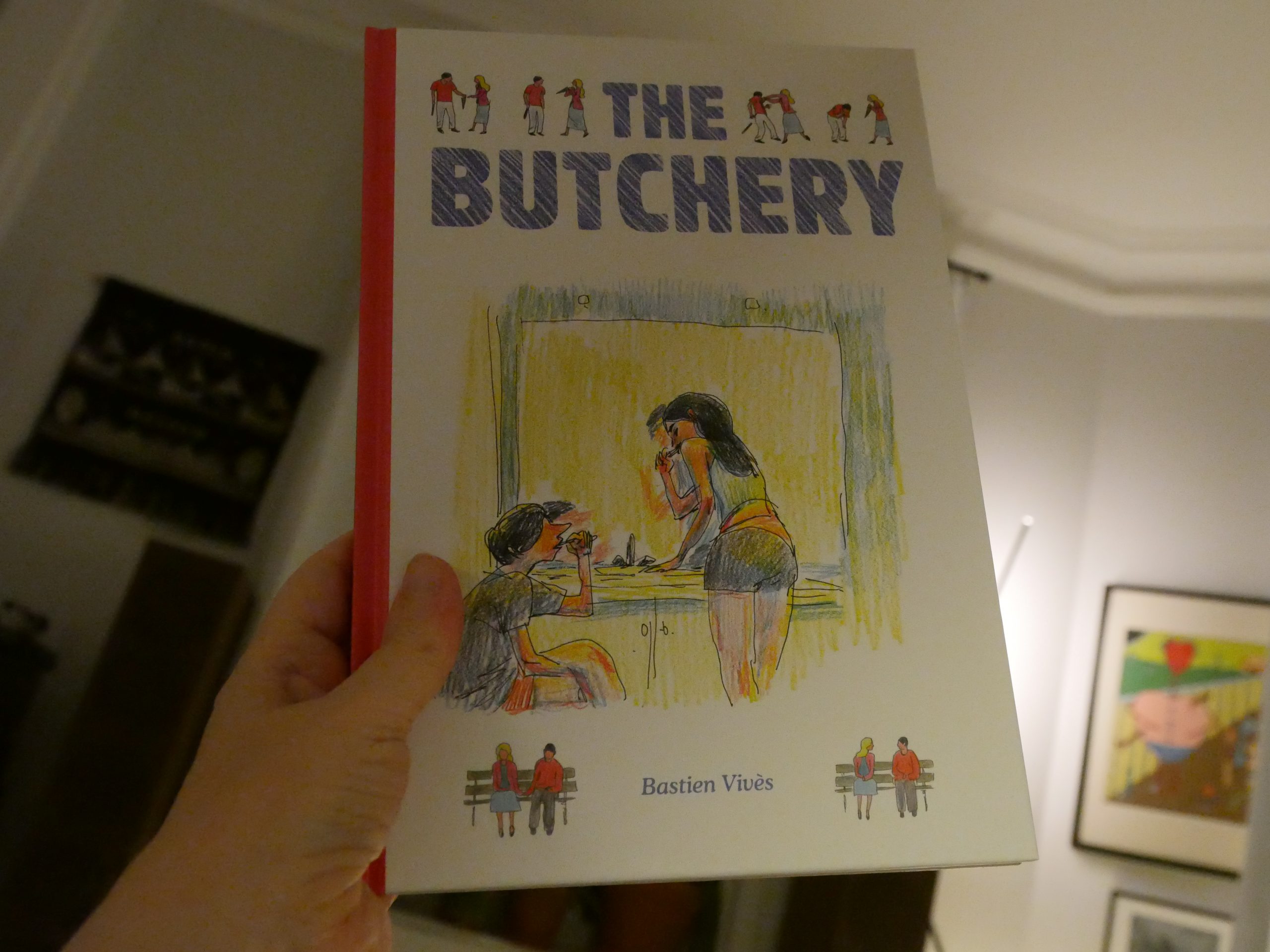 21:52: The Butchery by Bastien Vivès (Fantagraphics) 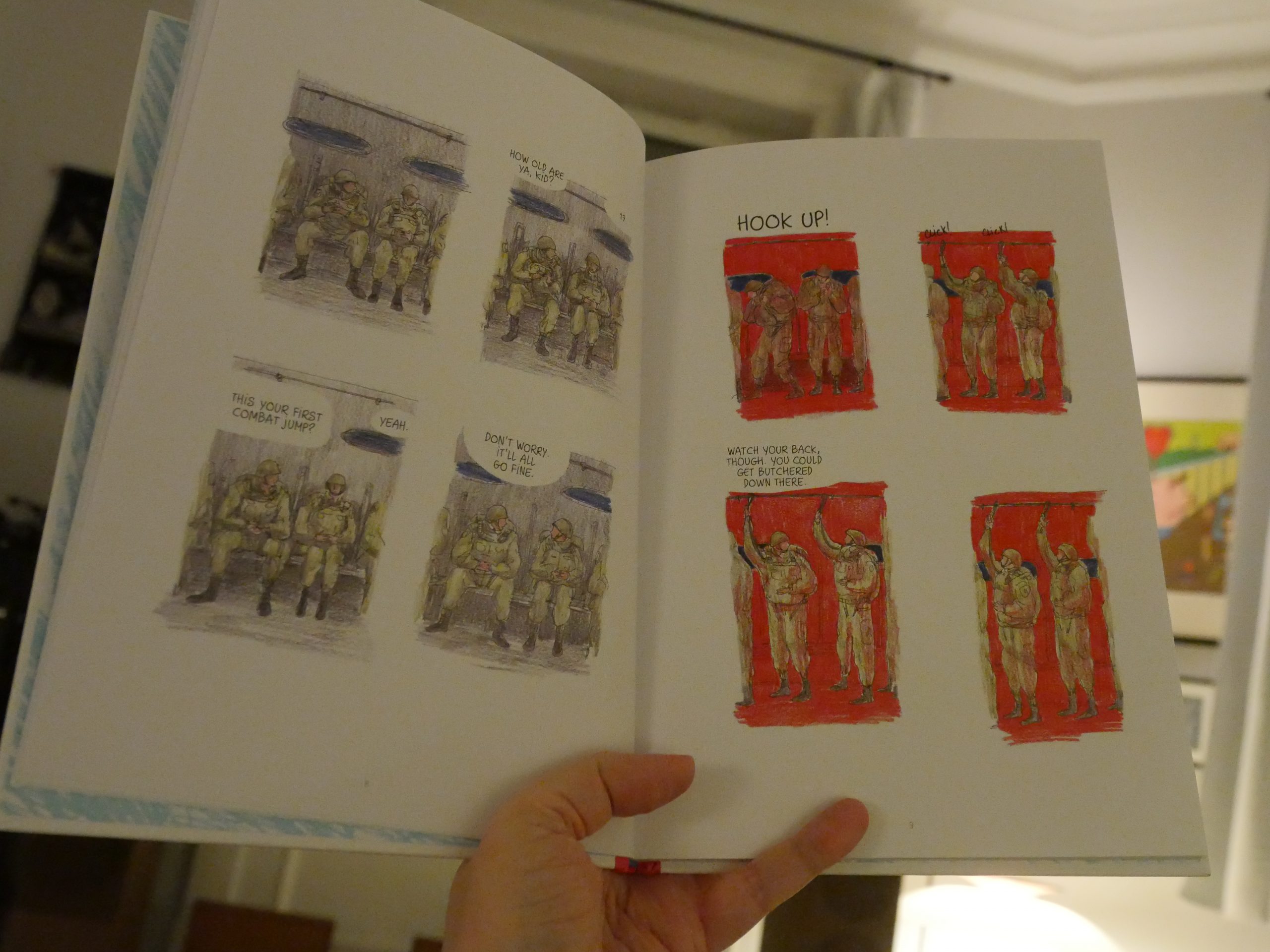 After the very dense Hanselmann book, this was quite a change of pace… 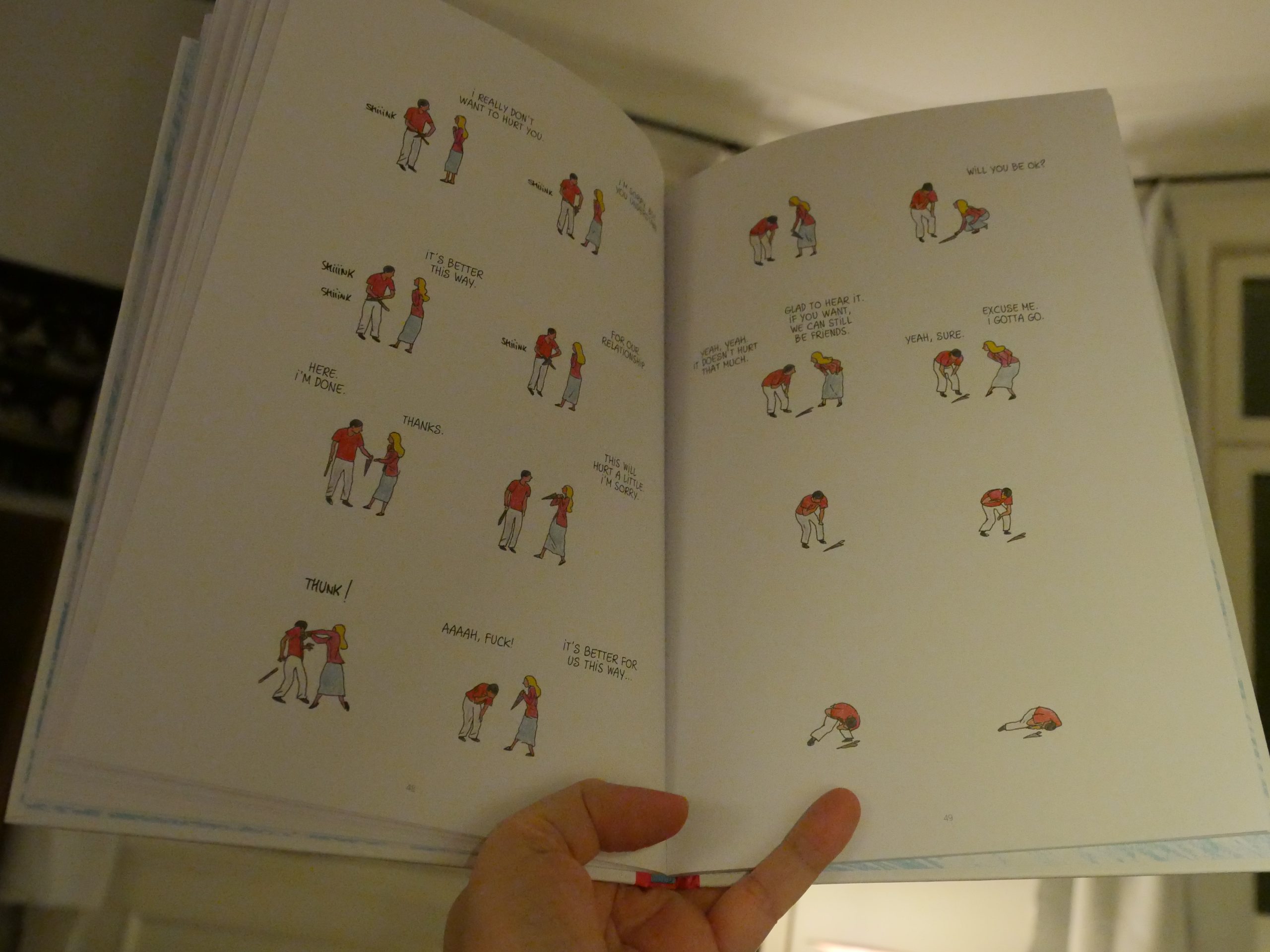 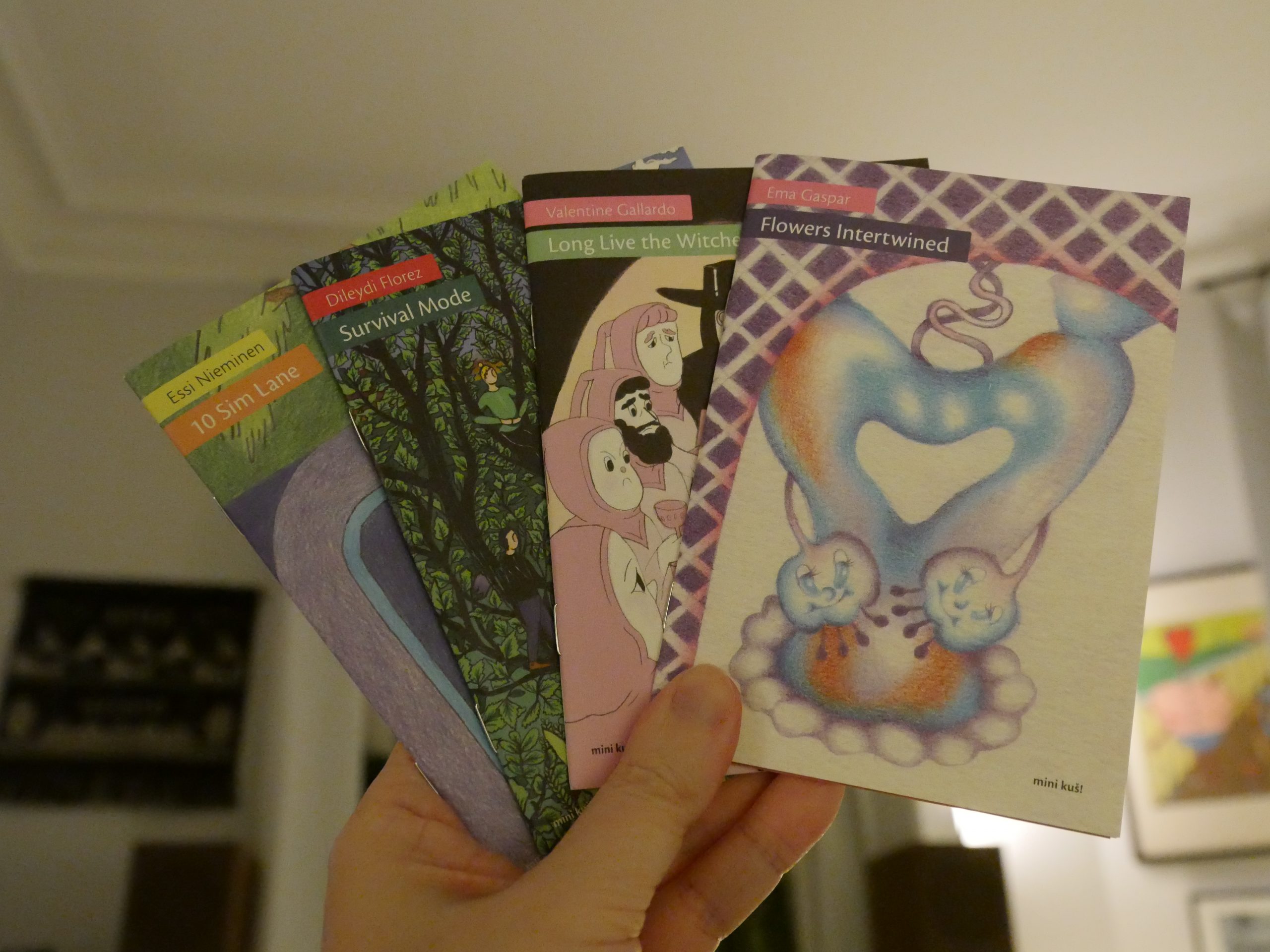 I finally remembered to sign up for a new Kuš subscription and got these four lovelies in the mail the other day. 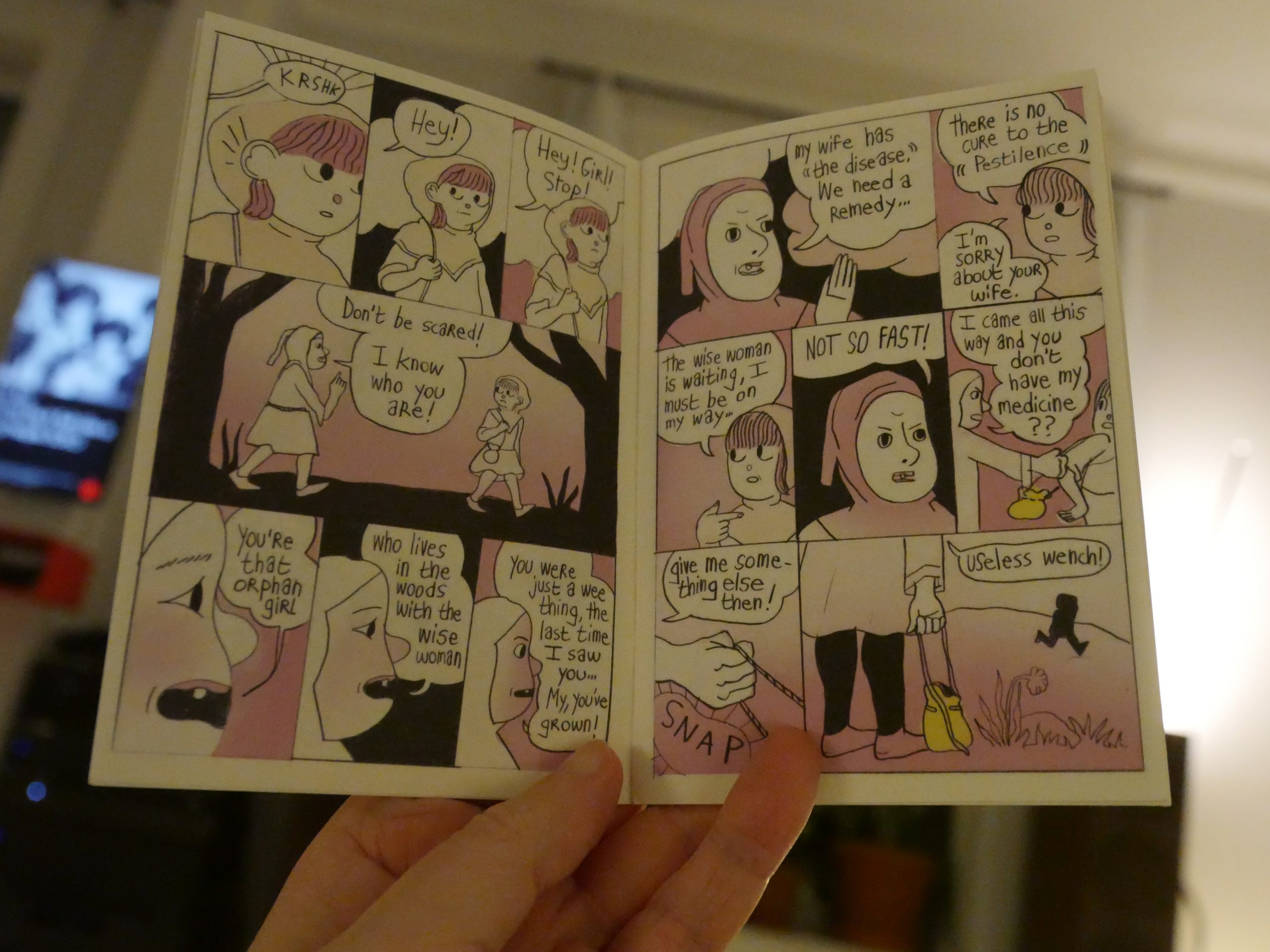 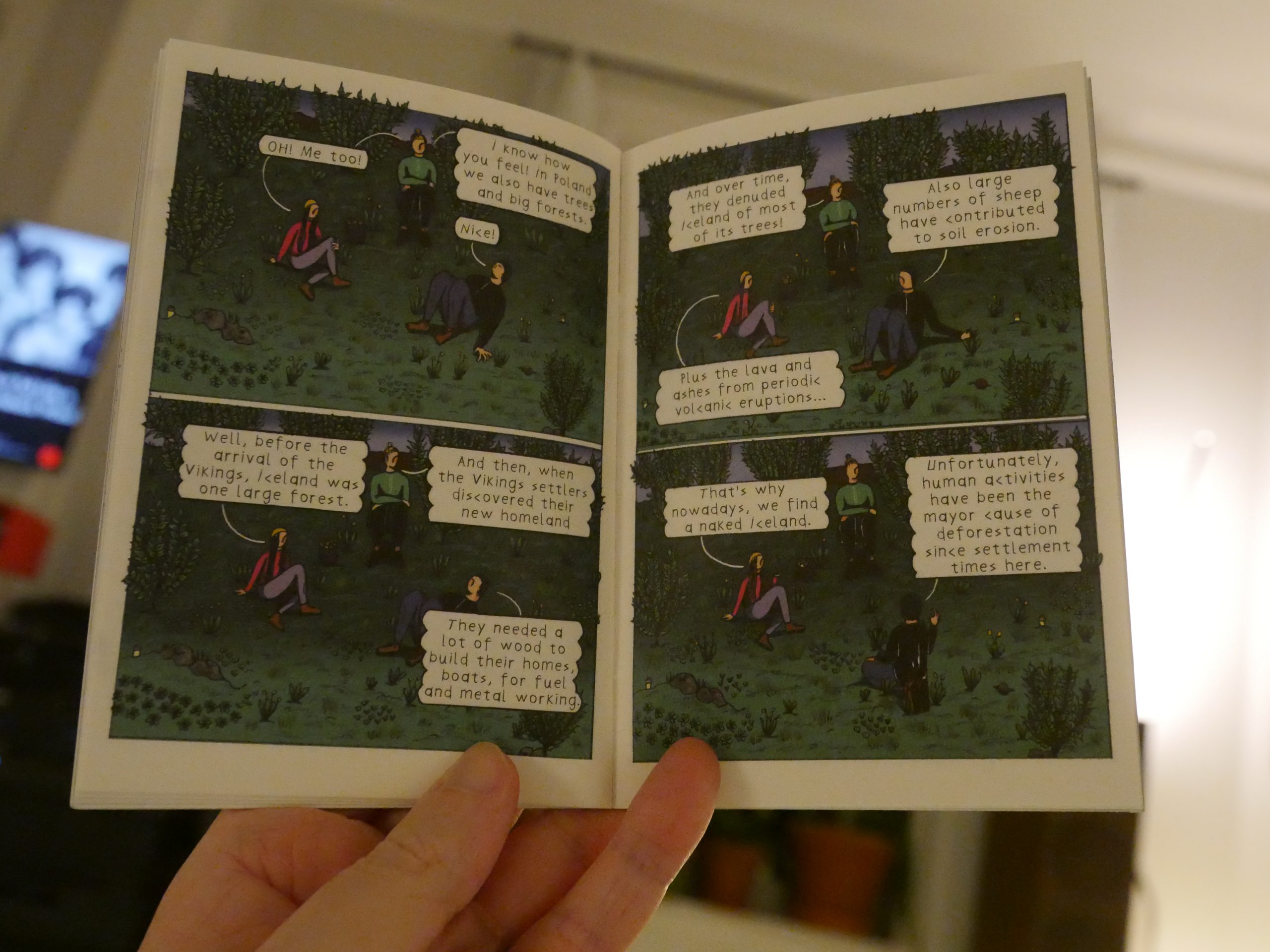 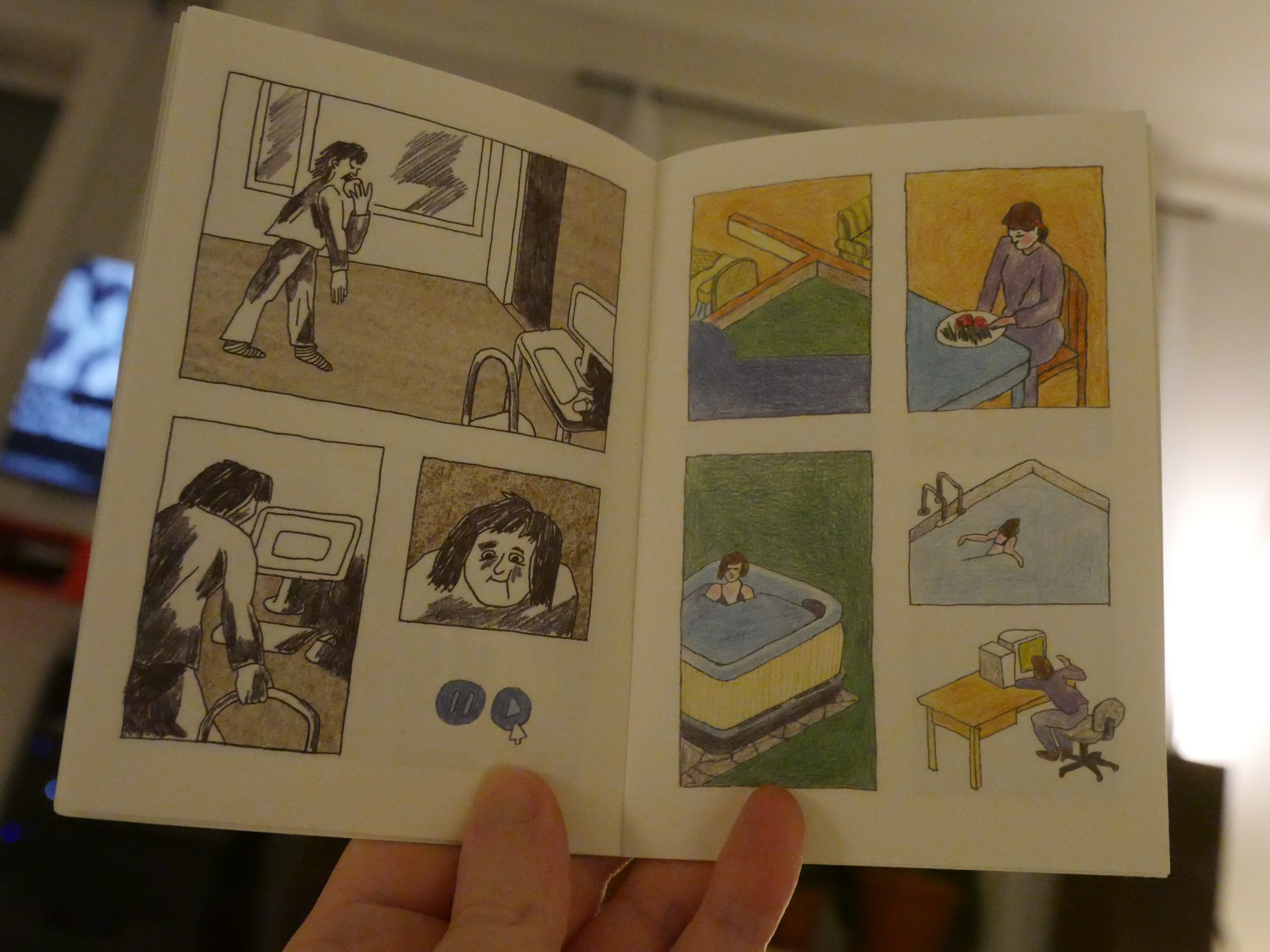 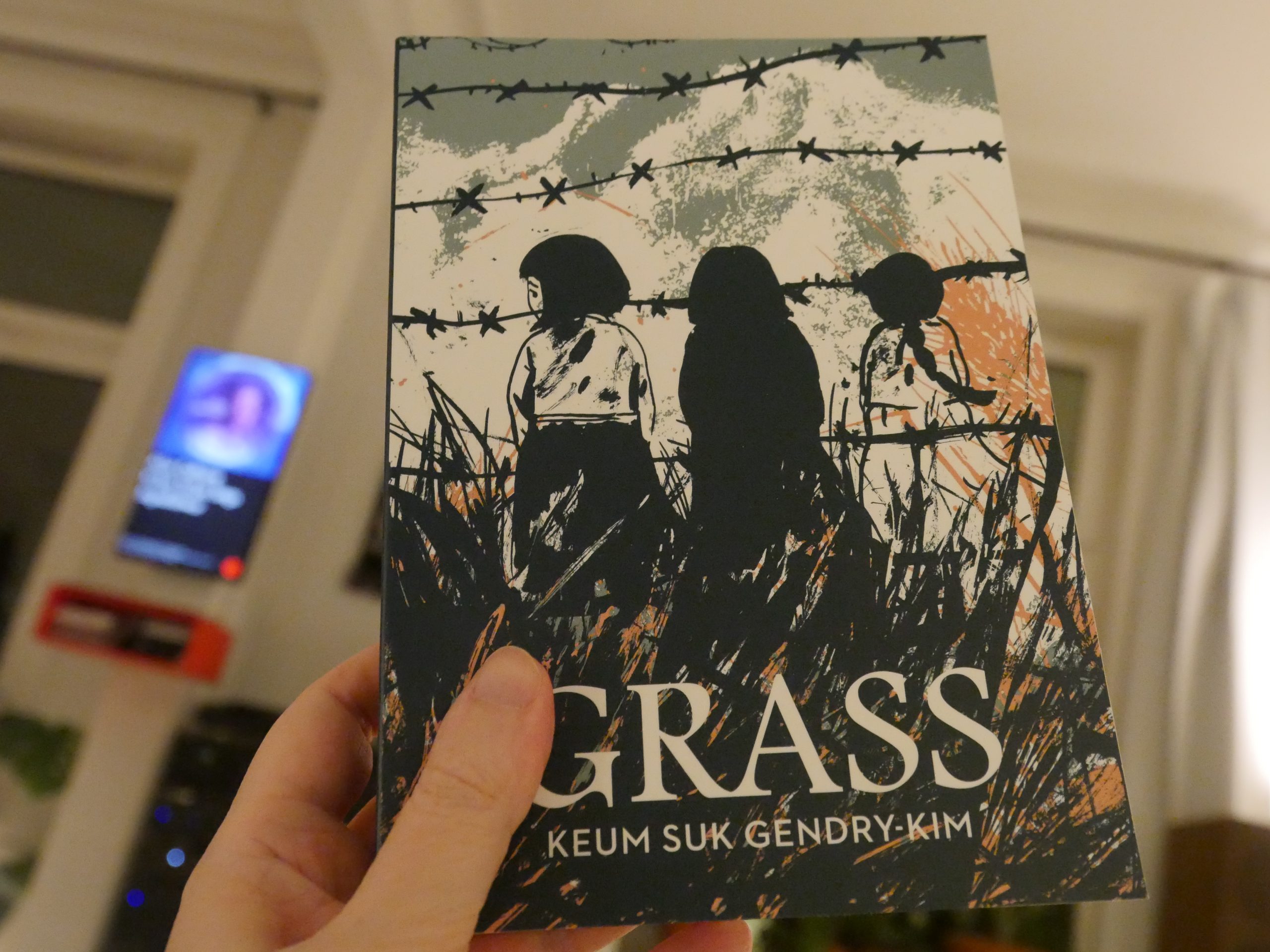 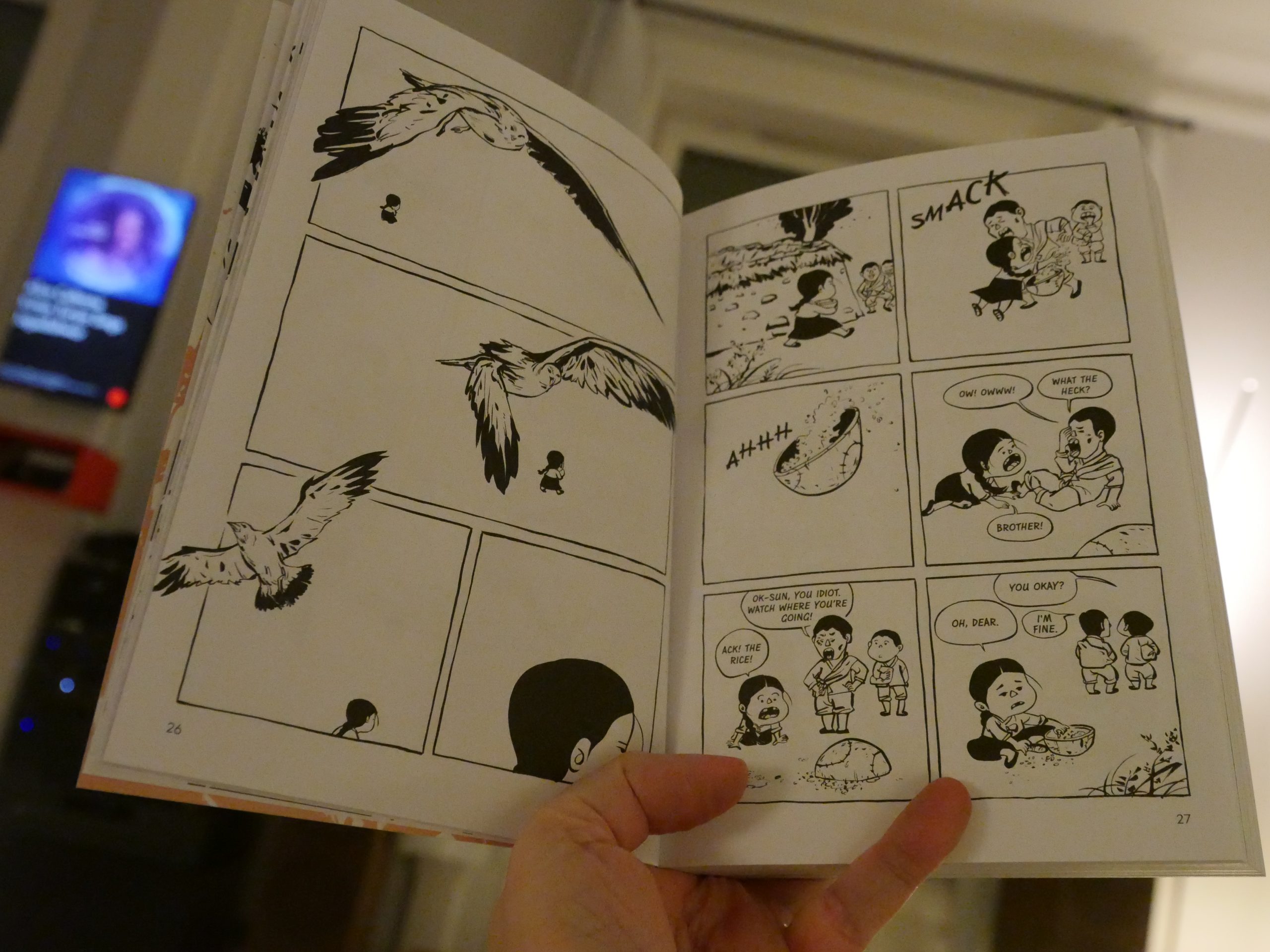 Man, this is jarring — those absolutely gorgeous and expressive drawings of animals and nature, and then the fun cartoonish figures, and then The Worst Computer Lettering Ever. Could they possibly have chosen a worse font? Doubt it. This is the story of a Korean woman forced into prostitution by the Japanese during their war against the Chinese. It’s a really tough read. It’s not that the author leans into the atrocities — she shows incredible restraint, but it’s just such a gruesome story. There’s some fleeting bits of light (and they’re all from the bits where she’s talking about making the book), and that certainly helps. And the different approaches she takes towards the artwork also helps with… I almost said “sweetening the pill”, but it’s all sad and horrible.

In a good way. It’s an enormously successful book.

I almost forgot about the font choice by the end. Is this a new edition of an old book or something? The artwork looks a bit older than the previous book, the Master of Art thing? Especially the er tone…

It’s a lot of fun. The art style makes you think this is gonna be all outrageous and weird, but the storytelling is really straightforward — it has great flow. We get some digressions, but that’s fine. This bit didn’t work for me. The comics are “untranslated” (allegedly Japanese), but we get the translations on the right-hand pages. I… kinda like that he did this? But I’m just not interested enough in the work to actually put in the effort to read this section, so I just skipped it. This is a collection of her Avery Hill books, I guess? Seems awfully familiar to me, at least. Walden is such an amazing talent. Re-reading these stories now, they’re still as powerful. And the artwork’s completely gorgeous. Very nice collection — the last hundred pages are various bits and bobs created for anthologies and unpublished stuff from her college days.

I think it’s sleepy time? But it was great getting back in the swing of things. Perhaps I can repeat this tomorrow.