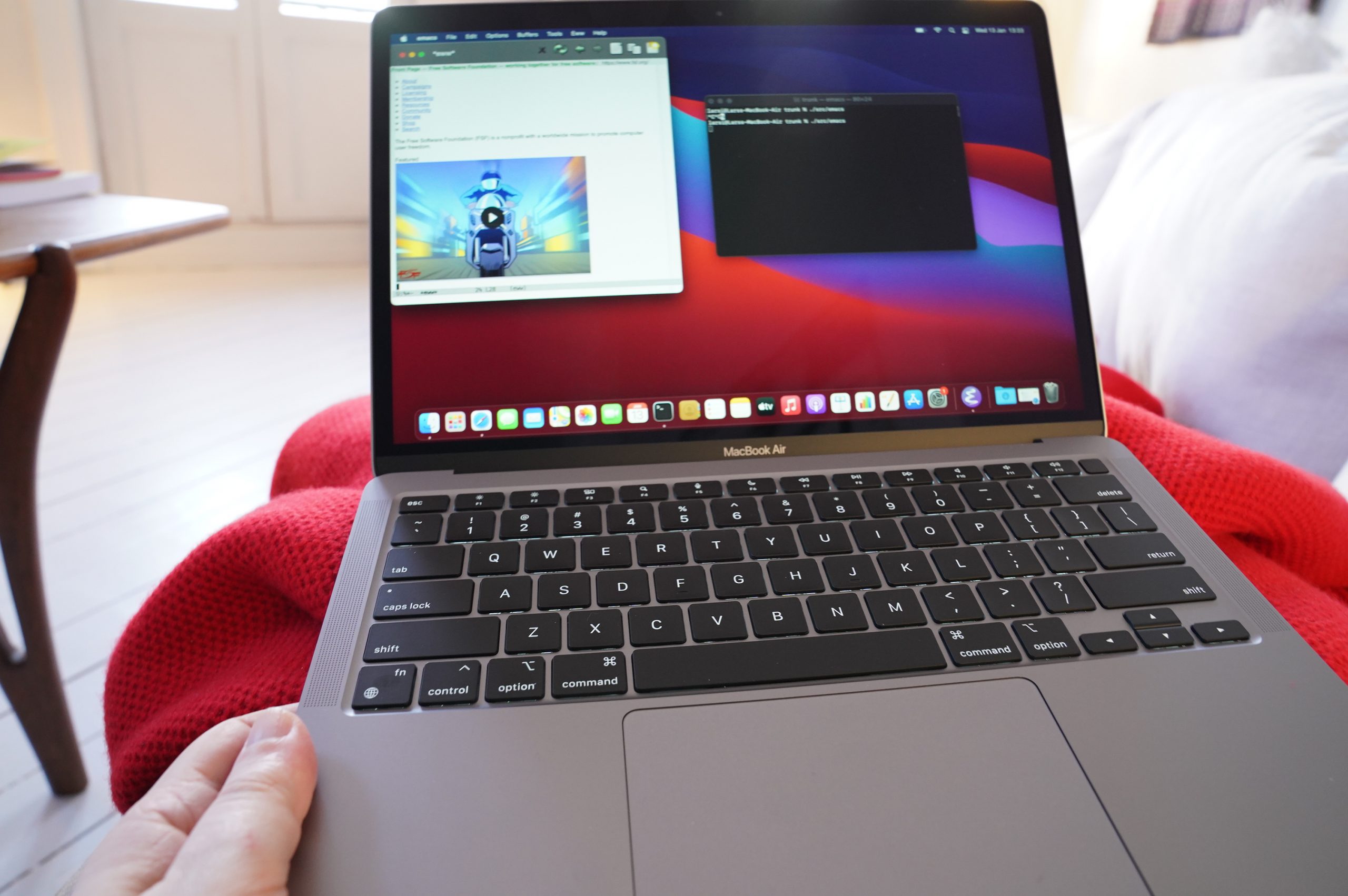 I’ve got a new Apple laptop, so I thought I’d do an Emacs build benchmark. Building Emacs is what people do on computers, right? At least if I extrapolate from myself, which is the only natural thing to do.

It’s called proof by induction. Look it up, nerds.

So here’s the benchmarks:

I’m impressed! The M1 is able to build Emacs almost as fast as my AMD machine… which is a lot bigger.

Of course, on Debian I’m using gcc and on Macos I’m using clang, so it’s an apples-to-some-different-brand-of-apples comparison.

It’s even more impressive how much faster this laptop is compared to the Apple laptop from… 2019? Yeah. It’s more than twice as fast! And doesn’t have a fan! The old Apple laptop would sound like a VAX in a hurricane while building Emacs!

And it’s also twice as fast as the laptop I use daily here on the couch; last year’s Lenovo Carbon X1, which is just embarrassing. Lenovo! Get on it! Make an ARM laptop that’s fast!

For the first time in my life, I have Apple envy. That is, for the first time ever, they’ve made a laptop that’s clearly superior to what’s available for us Linux peeps. My only comfort is that the Apple keyboard still sucks. Yeah! And it doesn’t have a TrackPoint! Yeah! My laptop is still the best! Yeah! Take that! 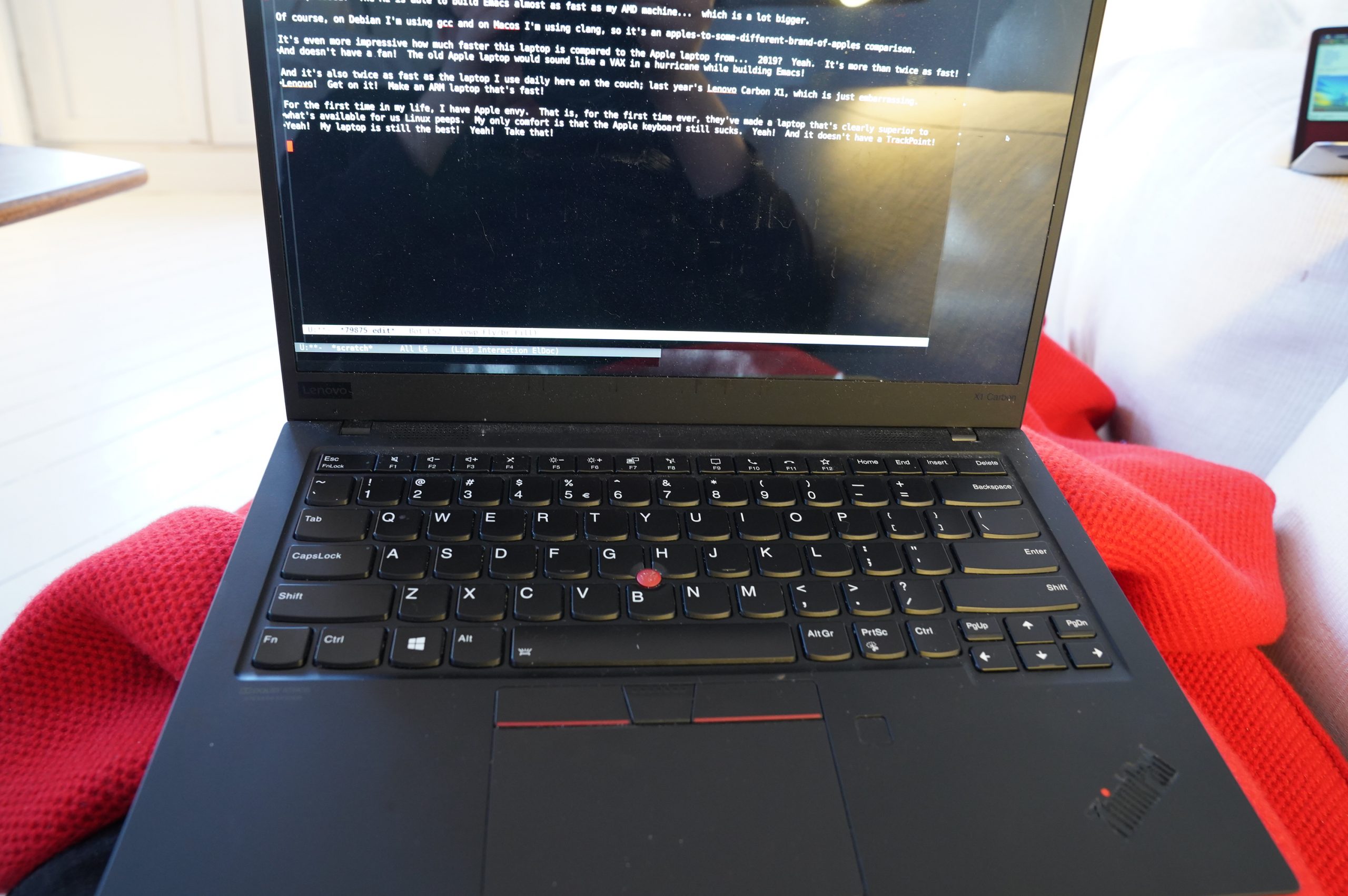 Yeah! I’m not the least envious!

But one thing that would be interesting to look at is Emacs performance on M1 vs the other machines. And a way to broadly look at that is to see how long it takes to byte-compile a bunch of Emacs Lisp files: This exercises much of Emacs, except display-related stuff.

Here the AMD clearly wins over the ARM, but per-core performance is in advantage of the ARM. And, of course, the ARM soundly wins over both of the other two laptops.

26 thoughts on “The Only M1 Benchmark That Matters”