And now, the continuing stoooory of a quack who’s gone to the dogs, I mean, a recipe for how to build the development version of Emacs as easily as possible under yet another operating system:

(This recipe is for OpenBSD 6.7, but it should be the same on most modern versions of OpenBSD.)

Building Emacs under GNU/Linux is totally trivial, which isn’t a surprise, since so many Emacs developers use that as their primary OS. Building under OpenBSD has some quirks.

pkg_add will prompt you for what versions of automake/autoconf to install. Just choose the newest ones.

Then, as a non-root user, run this:

And now you should see a beautiful Emacs window on your OpenBSD monitor: 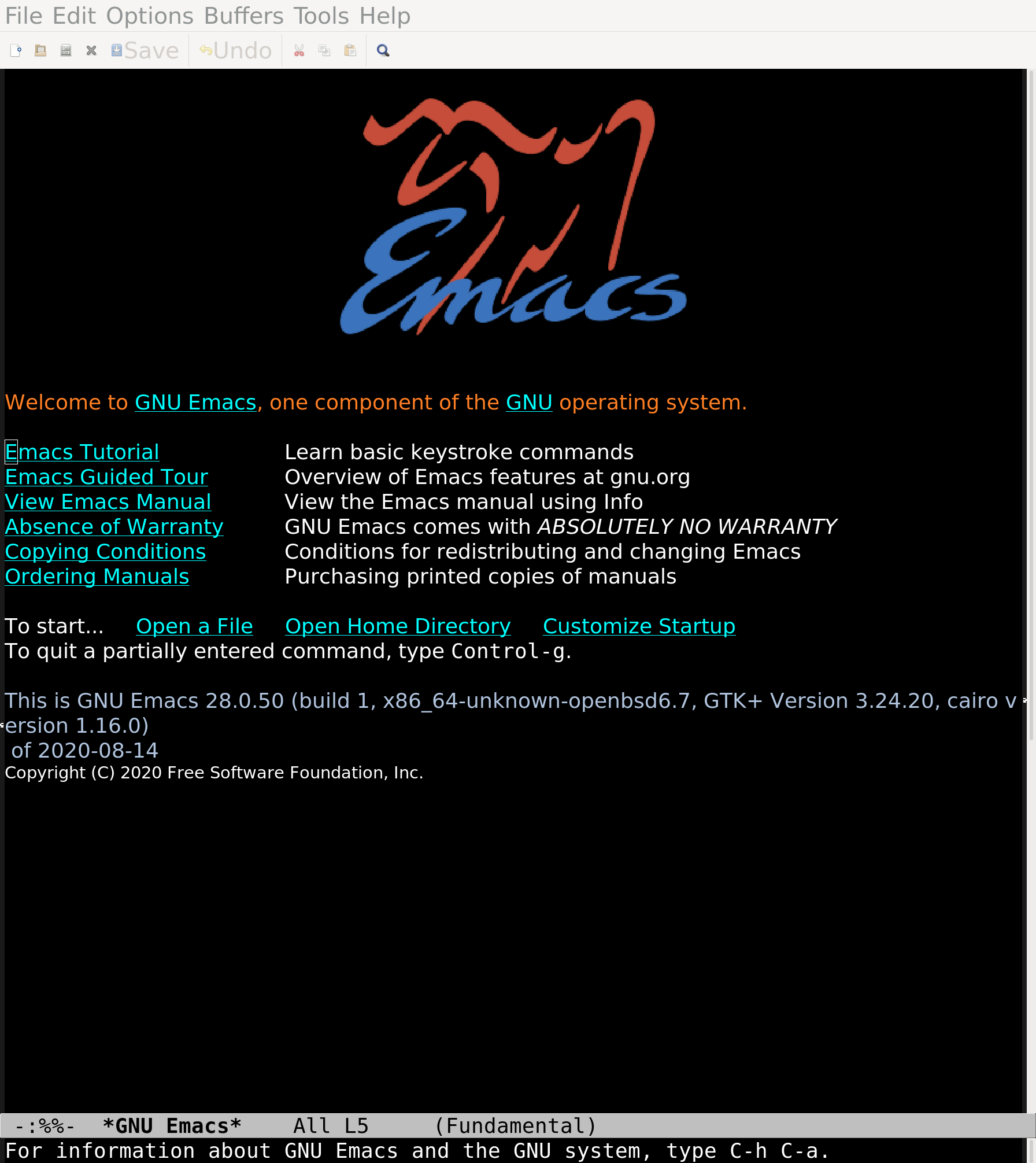 By the way, I wondered what the easiest way to run a bunch of VMs on Linux was these days, and I started futzing around with VMWare… which failed.

Then somebody suggested virt-manager, which was just an “apt install virt-manager” away, and that worked without any problems: I just started it, “New virtual machine” and pointed it to the .iso file of OpenBSD 6.6. Easy peasy.

One thought on “Building the Development Version of Emacs on OpenBSD”