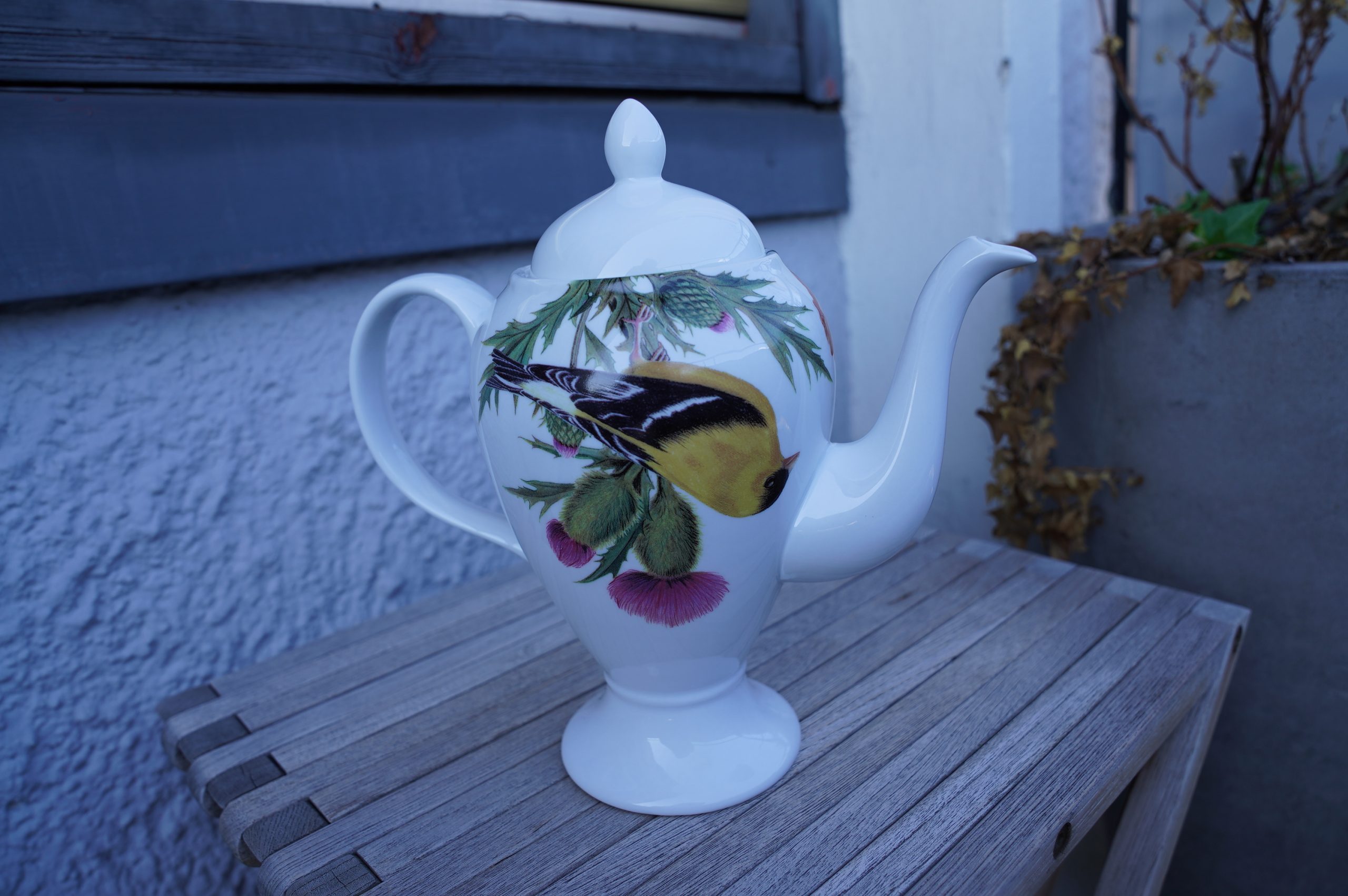 It’s a teapot from Jason Miller Areaware. You may not be surprised to hear that they don’t make these any more. After only three years with a watchlist on Ebay, I finally got one! And it didn’t shatter in the mail! 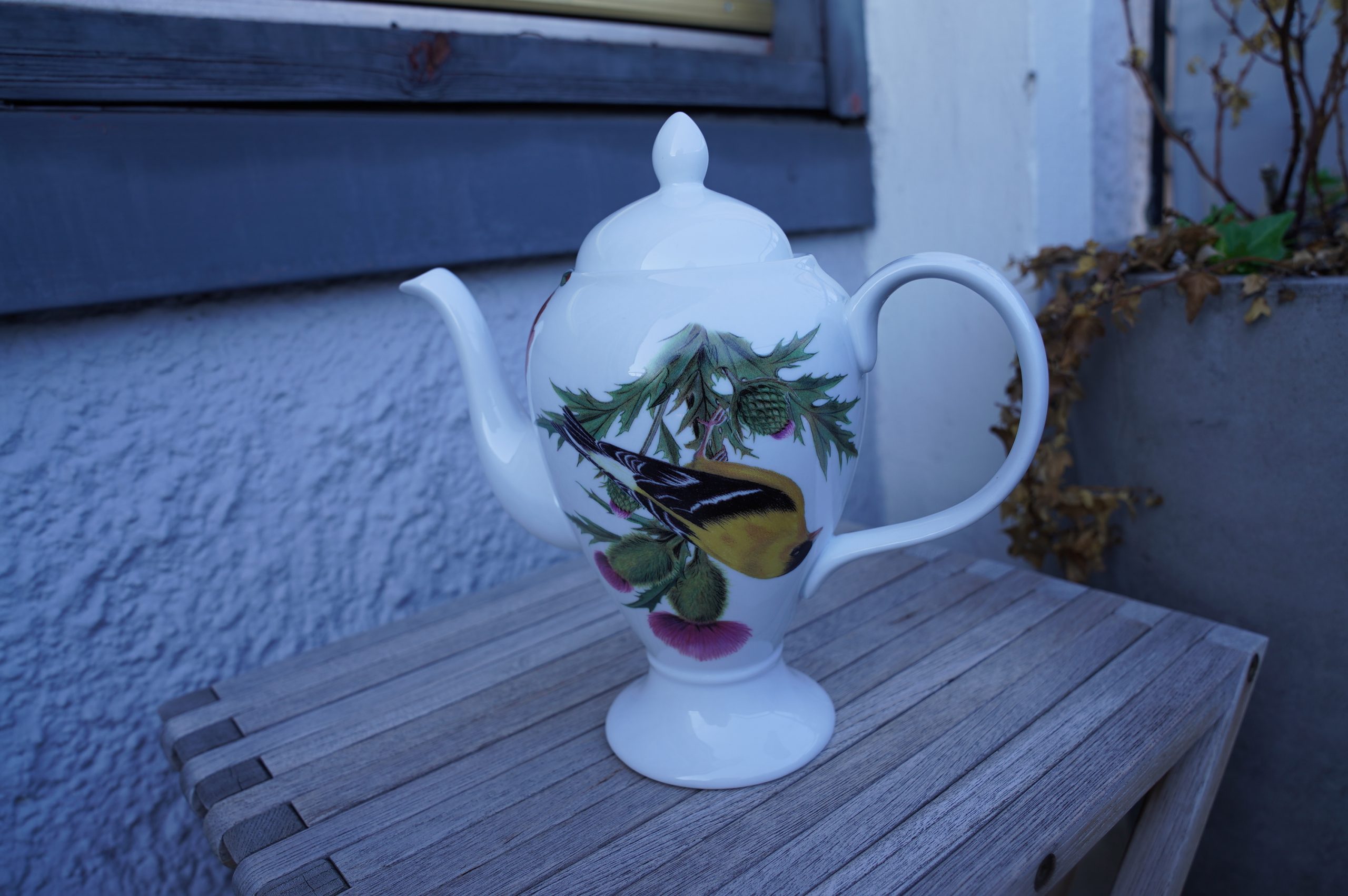 It’s a bit less horrifying on the other side… But it’s not just the jokey “print the bird upside down” thing going on here: It’s the shape that’s so absurd. The top two thirds is a traditional English teapot, but then in tapers off into a vase shape. 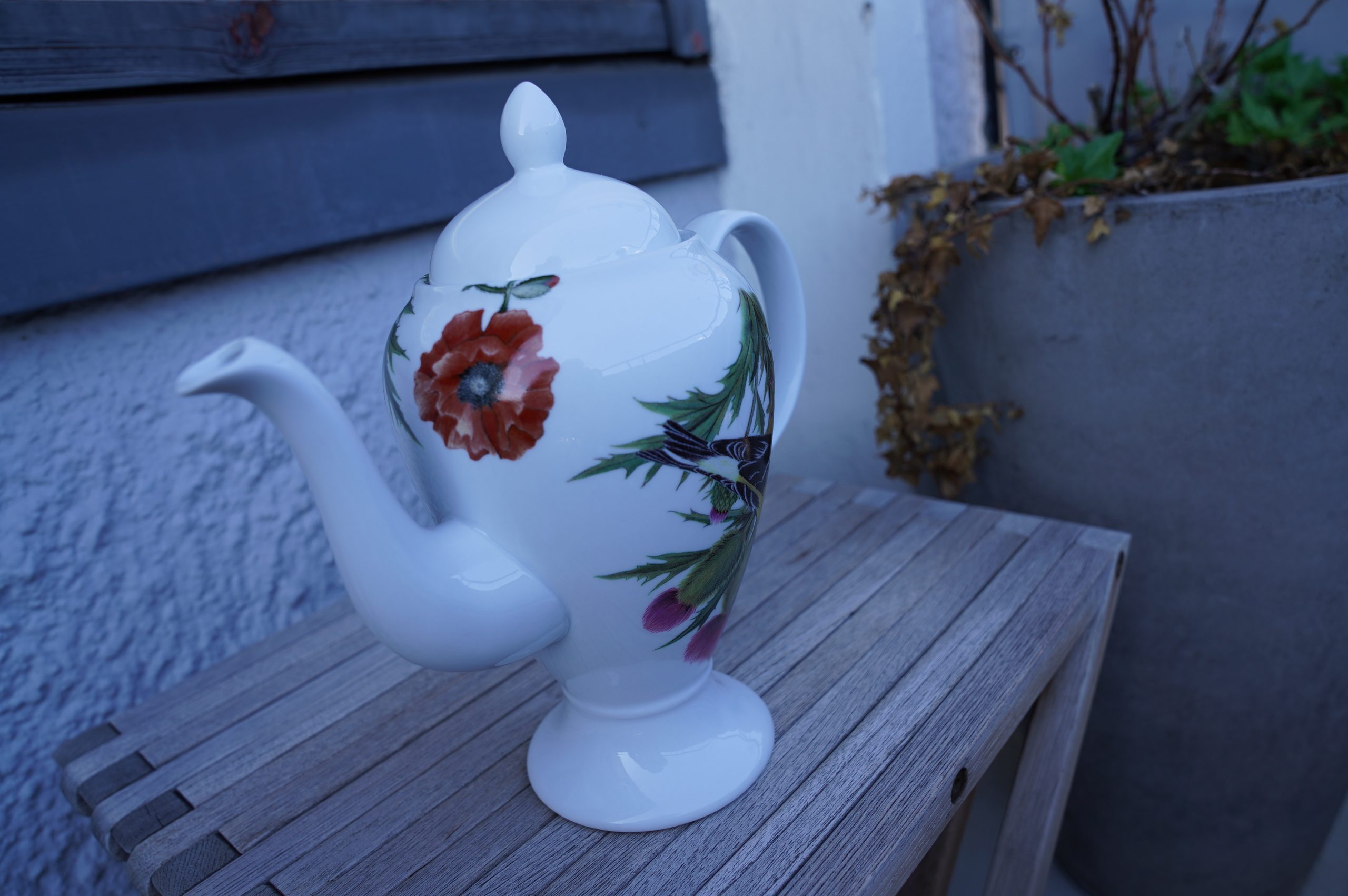 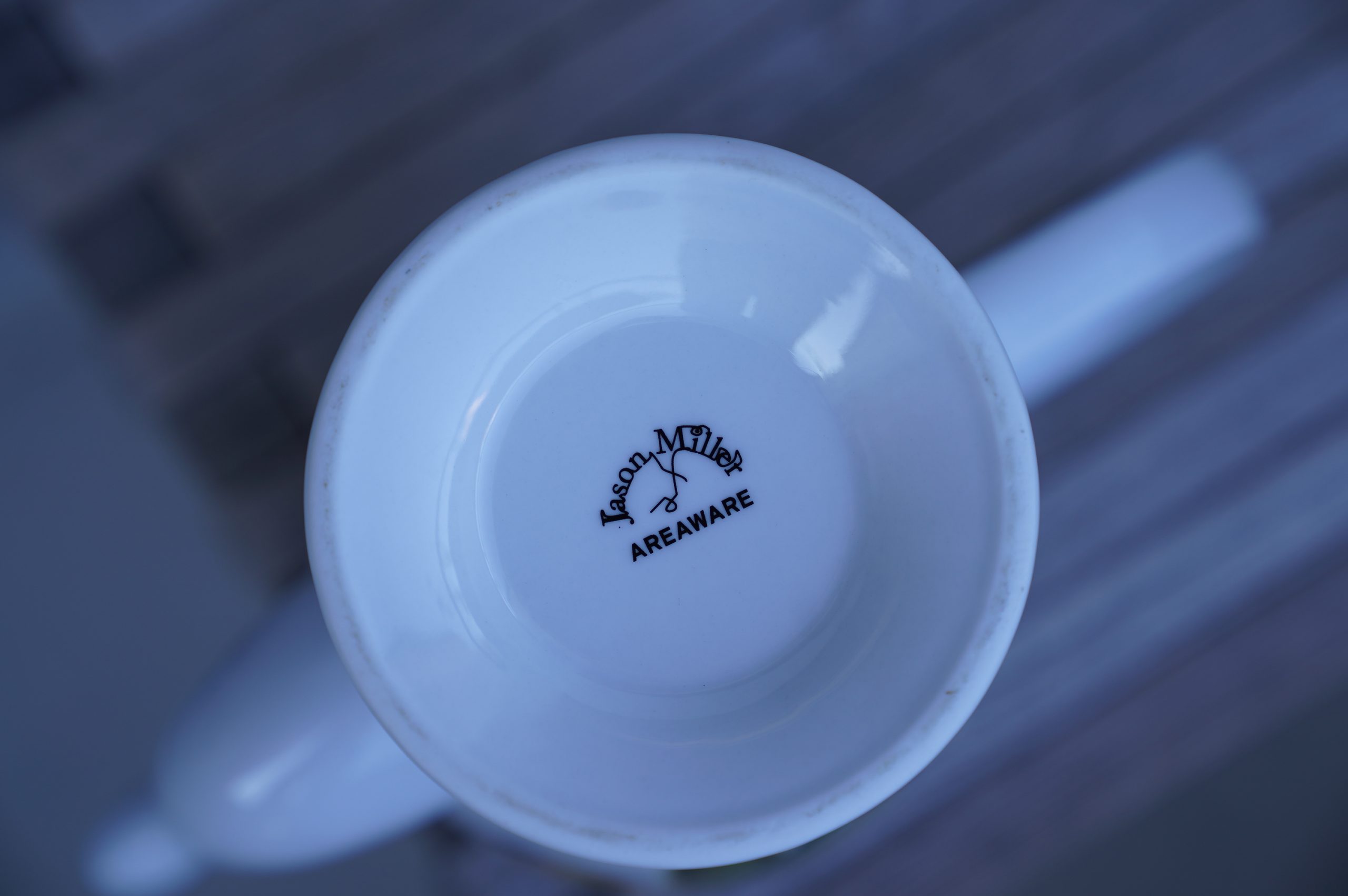 He even put his name on it! For reals. 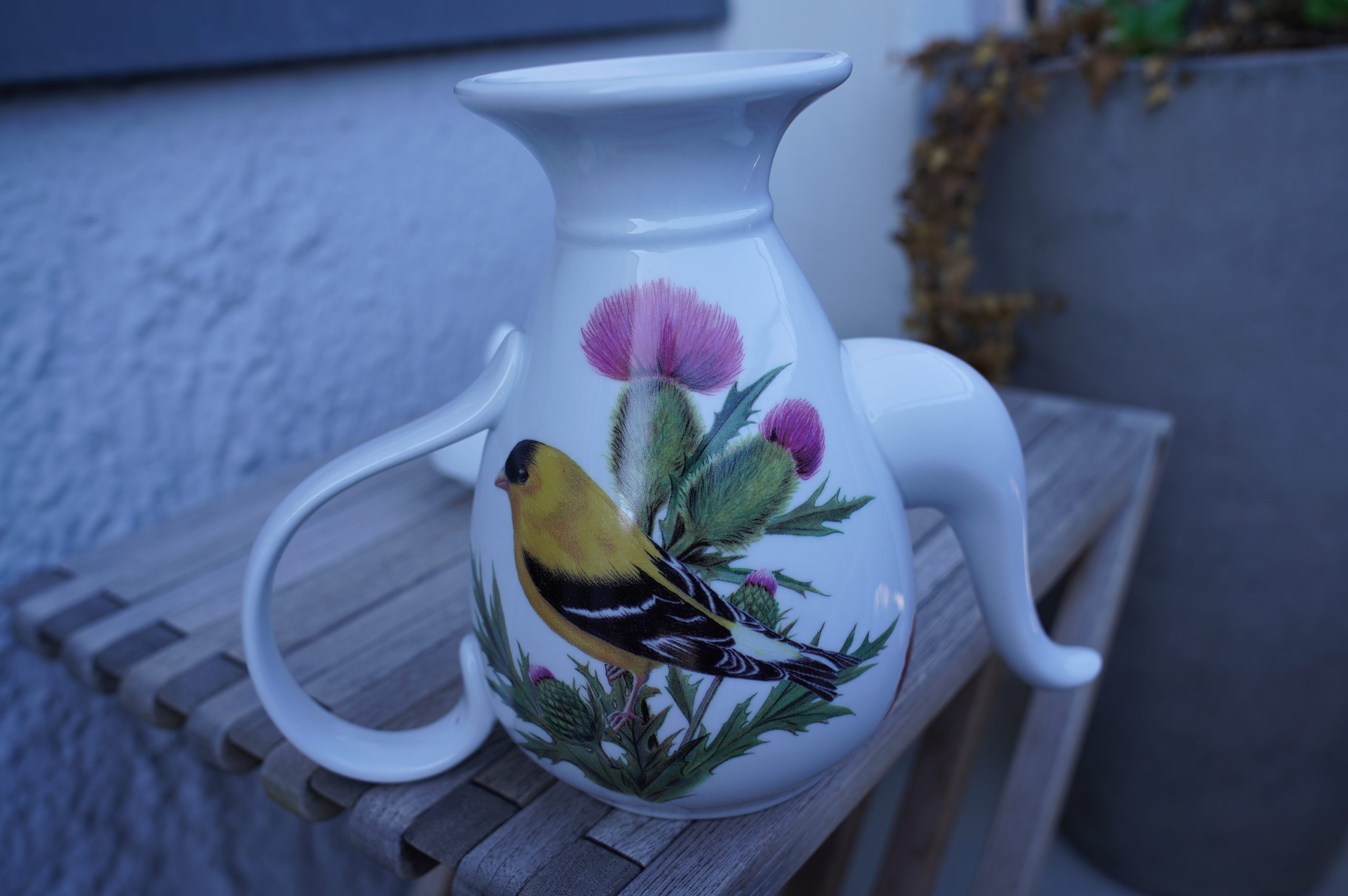 I guess upside down it looks more reasonable.

(I’ve got a bunch of plates and cups from him, too, but they’re more funny than horrifying.)