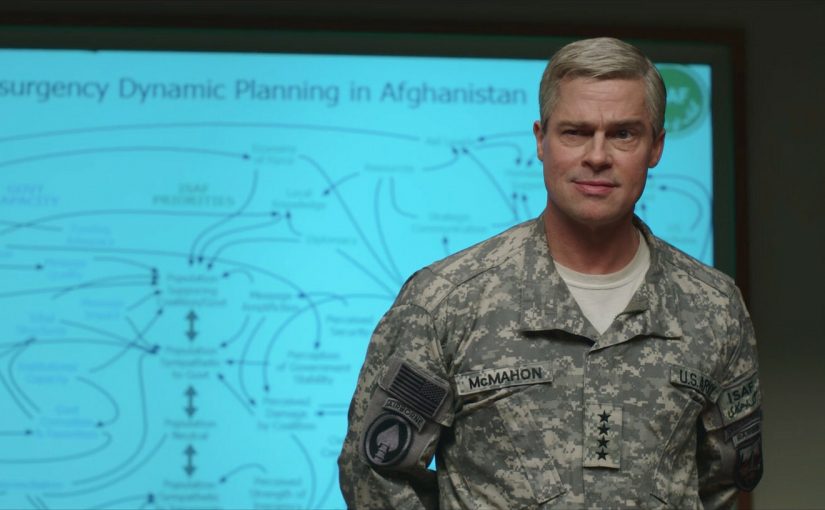 Oops. This is a Netflix movie from 2017? Starring Brad Pitt? I’ve never heard of it, but apparently Tilda Swinton has a tiny role in this, so I’ve gotta see it for this blog series.

Oh deer. This is my least favourite movie genre ever? The satirical-military-movie-with-an-omniscient-voice-over film? I hate these movies so much.

And the director has told Brad Pitt to be a gruff general, so he tries to speak like Christian Bale as Batman, but he comes off as just being constipated.

I’m so bored I could plotz.

There’s nothing… nothing here. The cinematography is tedious; the acting is bad (Pitt is hamming it up to the max and the rest of the actors are playing it straight); the plot is without interest…

This is a typical Netflix Made for TV movie: It can be fun to watch cheaply made indie movies, but cheap Made for TV movies remove all the quirky stuff that cheap indie movies may occasionally have. It’s the worst of all worlds: None of the freedom of indie filmmaking, and none of the budget of studio movies.

The paying-off-the-Afghan-guy thing reads more like “well, not all Americans are bad, right” than anything else, though. So the father’s suffering is more of an opportunity to show that most of them care.

Which is eye roll inducing.

It’s such a confused movie. You can almost see how this could be a good movie, if only not for… every single artistic choice by the director while making it? I mean, I can see how the pitch sounded like it was going to be good?

Also: I hate the colour grading. 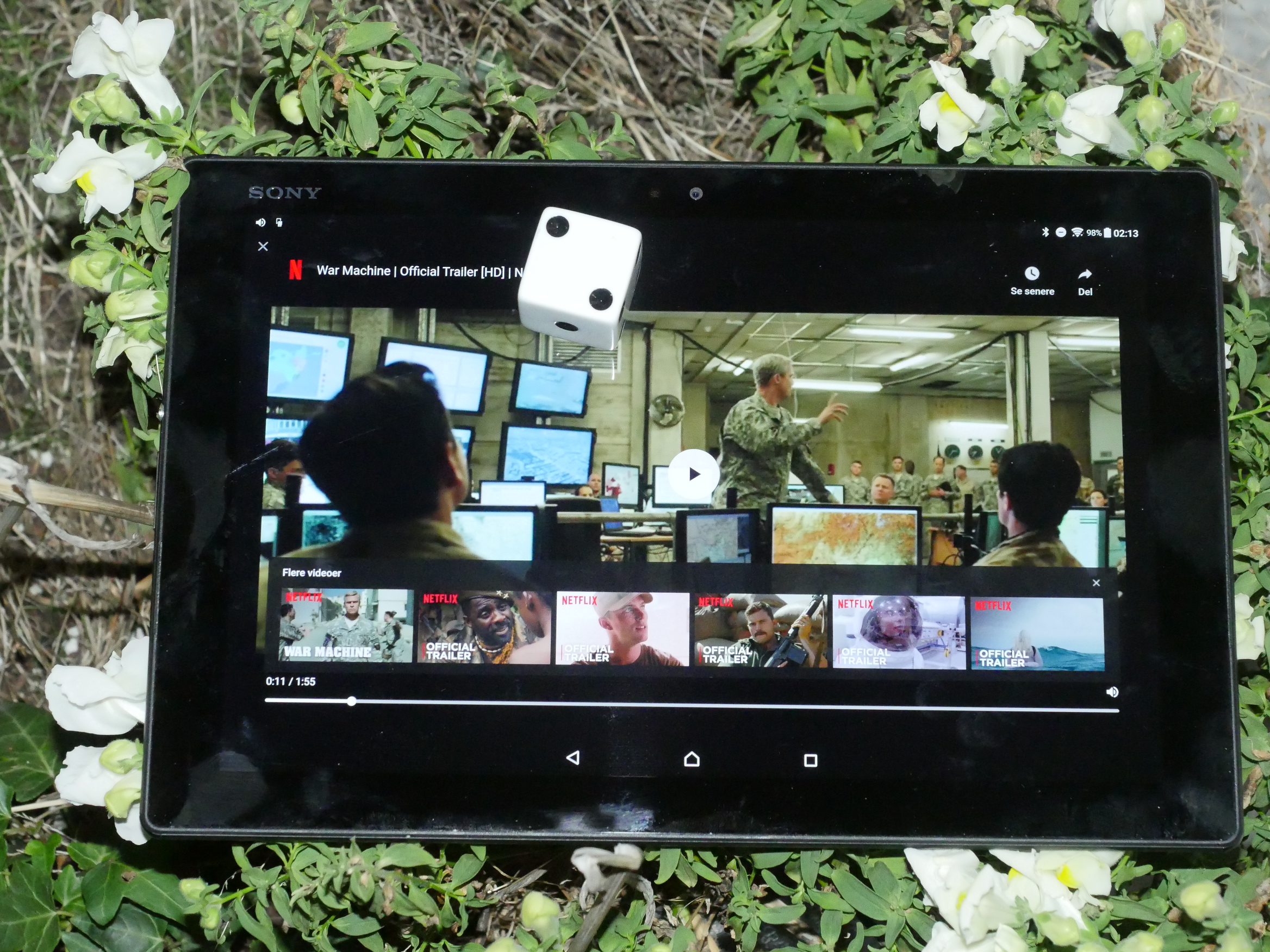