A few years back, I got a Dyson robot vacuum — the 360 Eye. I’d tried various other robot vacuums before, like the iRobot thingie, but the problem with those is that they’re… so noisy.

I mean, not to me: I can just leave the room and sit somewhere else. But they seem to be designed to rush over the floor as fast as the little motors can take them, and then crash into the walls. The noise for the people living below me would be unbearable, so I gave the iRobot away after trying one for five minutes.

The Dyson is a lot better: It runs around quite slowly, and it’s got sensors, so it doesn’t crash into the walls.

But here’s the problem: 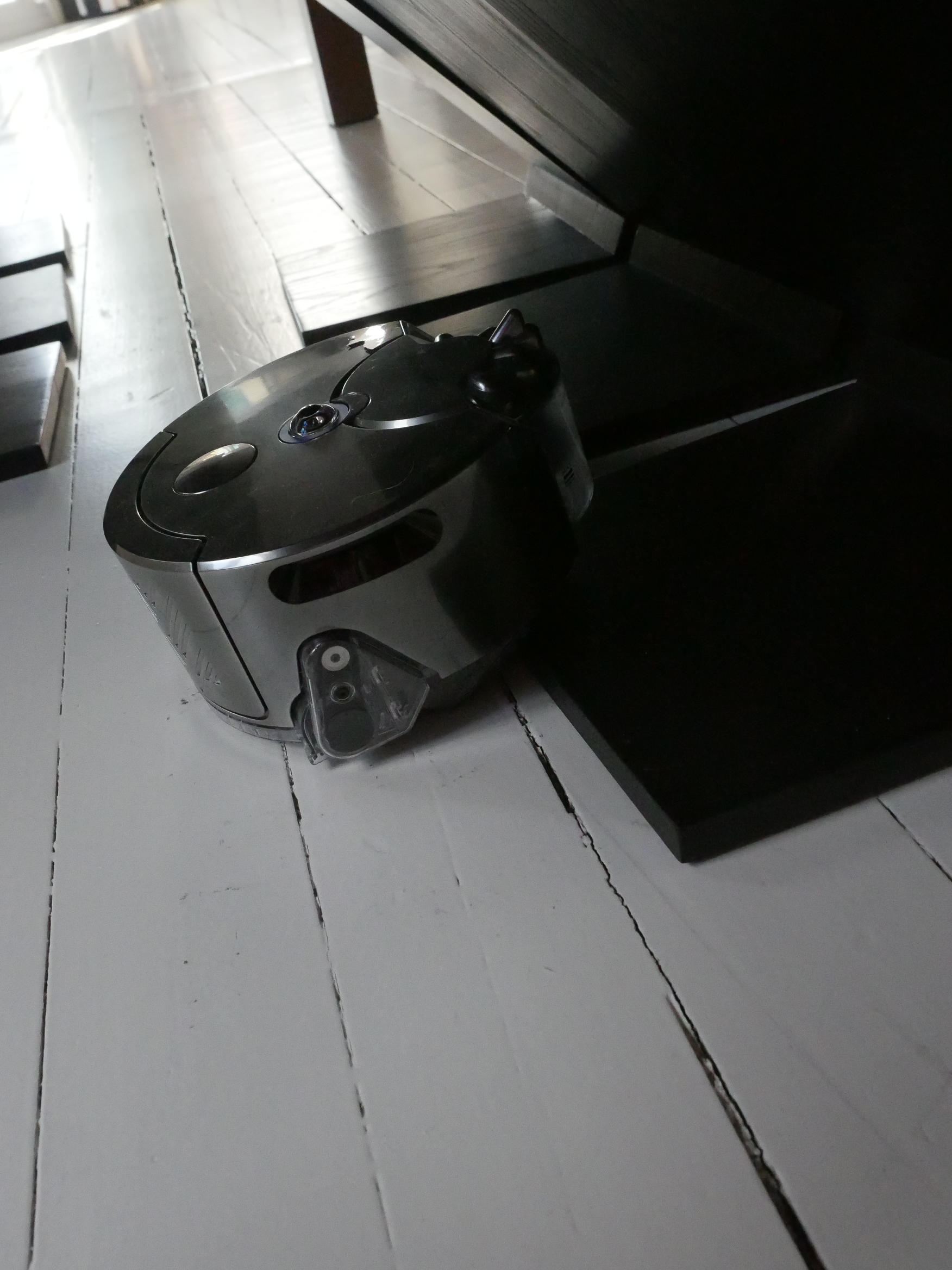 It’ll jam itself up on any slightly higher surface and then, inexplicably, get stuck there.

So it’s basically unusable, because I’d have to rescue it from mats, doorsteps or my funky chairs in the loving room every five minutes.

But then, a month or so ago, they released a new version. Now with more intelligence and a fun name: Heurist.

So, after using it for a month, what would be the perfect picture to illustrate the problems it has? 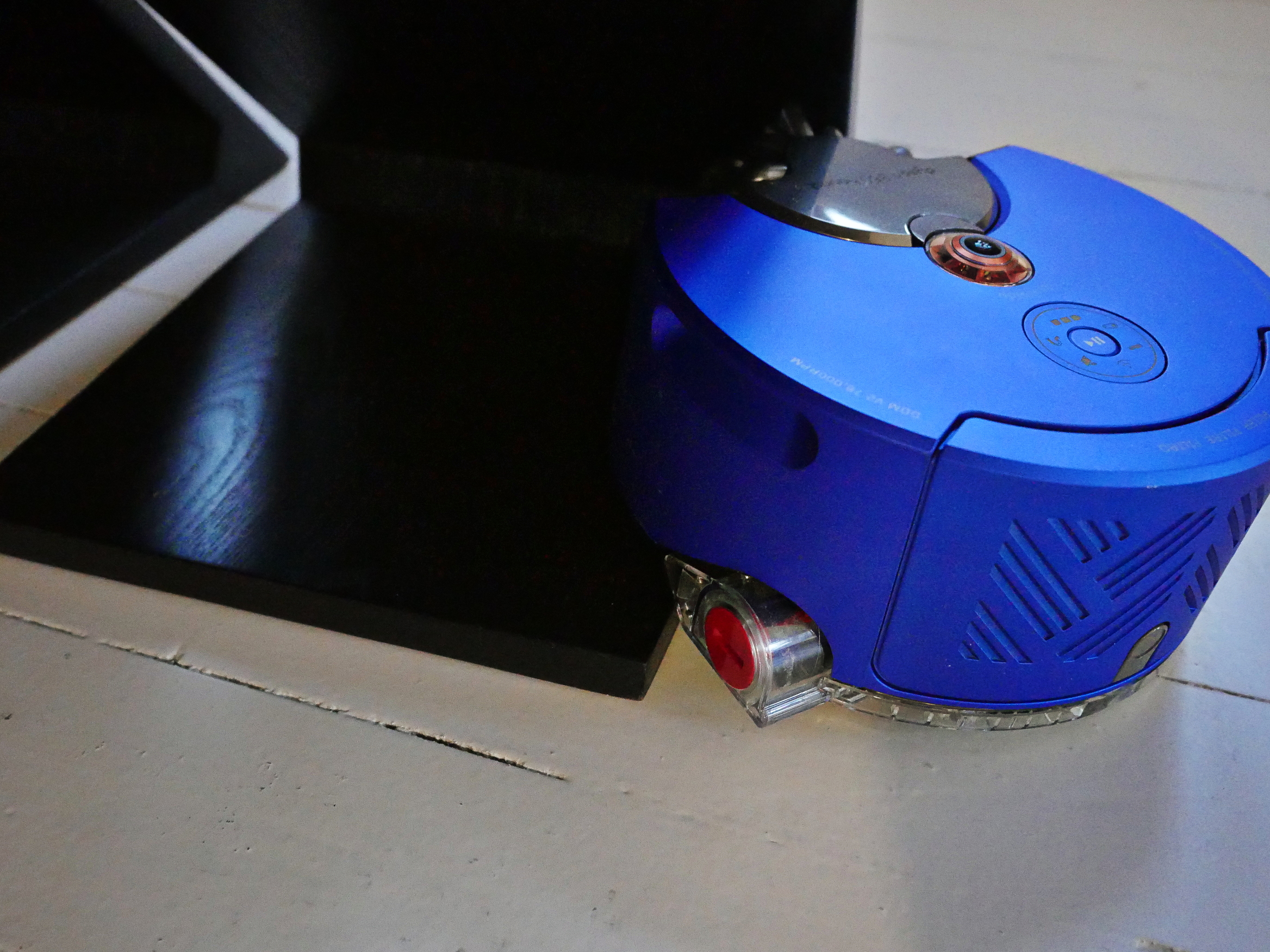 It’s even worse than the first version: It’ll really work hard at jamming itself up on things. The 360 would often give up if it hadn’t succeeded in half a minute, but this one will never give up, and will stand there rushing towards anything until it runs out of juice or it’s successfully jammed itself into a position it can’t get itself out of. Like up above.

The increased intelligence Dyson talks of mainly means that it’ll get confused more. For instance, in the kitchen, it finds the chairs (normal ones, with legs) endlessly fascinating, and will just circle the chair legs until the battery runs out.

You can push a button, and then… nothing happens. Then a minute later, something happens. It doesn’t really communicate to you what it’s thinking about all that time.

So… Dyson’s made another useless robot vacuum.

The mechanics of the vacuum is really good, though. It manages to pick up an incredible amount of dust.

It’s just the software. It makes the robot useless. Software programmers should like be better.