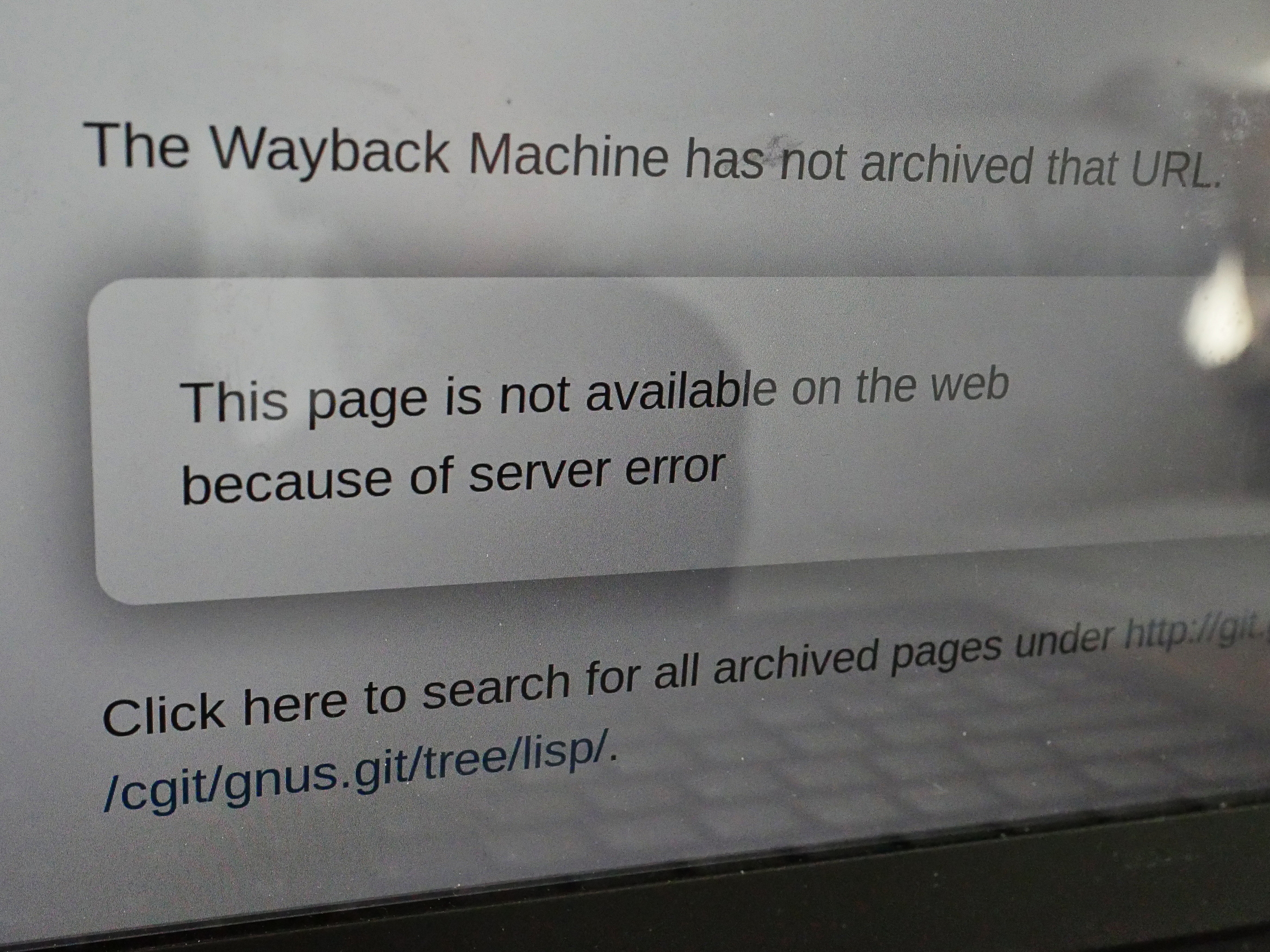 This blog has been going for a while, and more and more of the very, very useful external links (ahem) now point to sites that have disappeared, or that have rearranged all their internal links.

I wondered whether there was a tool that’d just point all the broken links to archive.org, and there doesn’t seem to be. But the support over at the Broken Link Checker WordPress plugin seem to be on the ball, so perhaps there will be?

However, based on my extensive research (i.e., pointing about fifty broken links at the Wayback Machine and seeing what happened, about one third had results like):

And other things, like being blocked by robots.txt or… whatever.

So I was idly wondering… would it be possible to just… cache? Whatever we’re linking to? In WordPress?

And the answer is “no”, of course, because creating a mirror of a web page is Trey Difficult. Not to mention a security nightmare. But then it occurred to me that we’d get almost there by just grabbing a screenshot of the page at the time a blog article is written, and then just stash that in the media library! It’s not as good as having the actual text and stuff, but it’s something. You can at least read it. It’s a low-cost, 85% solution to an annoying problem.

But what UX to use to display these captures? Footnotes? A side bar? And then a smart suggestion from irc: What about a hover thing?

So now, 90 minutes later: Tada! Here’s a link to the FSF that should be cached at the time of posting, and stored in my WordPress library. You should be able to get a hovering popup that you can click on to see the (very long) PNG.

I have not implemented this as a WordPress plugin, but in ewp instead, and with some added JS and CSS on the blog. It should be a plugin instead, of course, but I don’t have the stamina to write PHP any more. I tried googling for such a plugin, but I couldn’t find anything.

So: If anybody thinks this is a good idea, please do go ahead and write a WordPress plugin that does this thing.

It basically calls cutycapt (or any other headless web “screen capture” application), and then adds some JS on the “mouseenter” event of the link.

Does this seem useful? Annoying? Confusing?

5 thoughts on “The Campaign Against Link Rot”