I don’t really have time for this, but I’ve started blogging about yet another 80s comics publisher: Epic Comics. 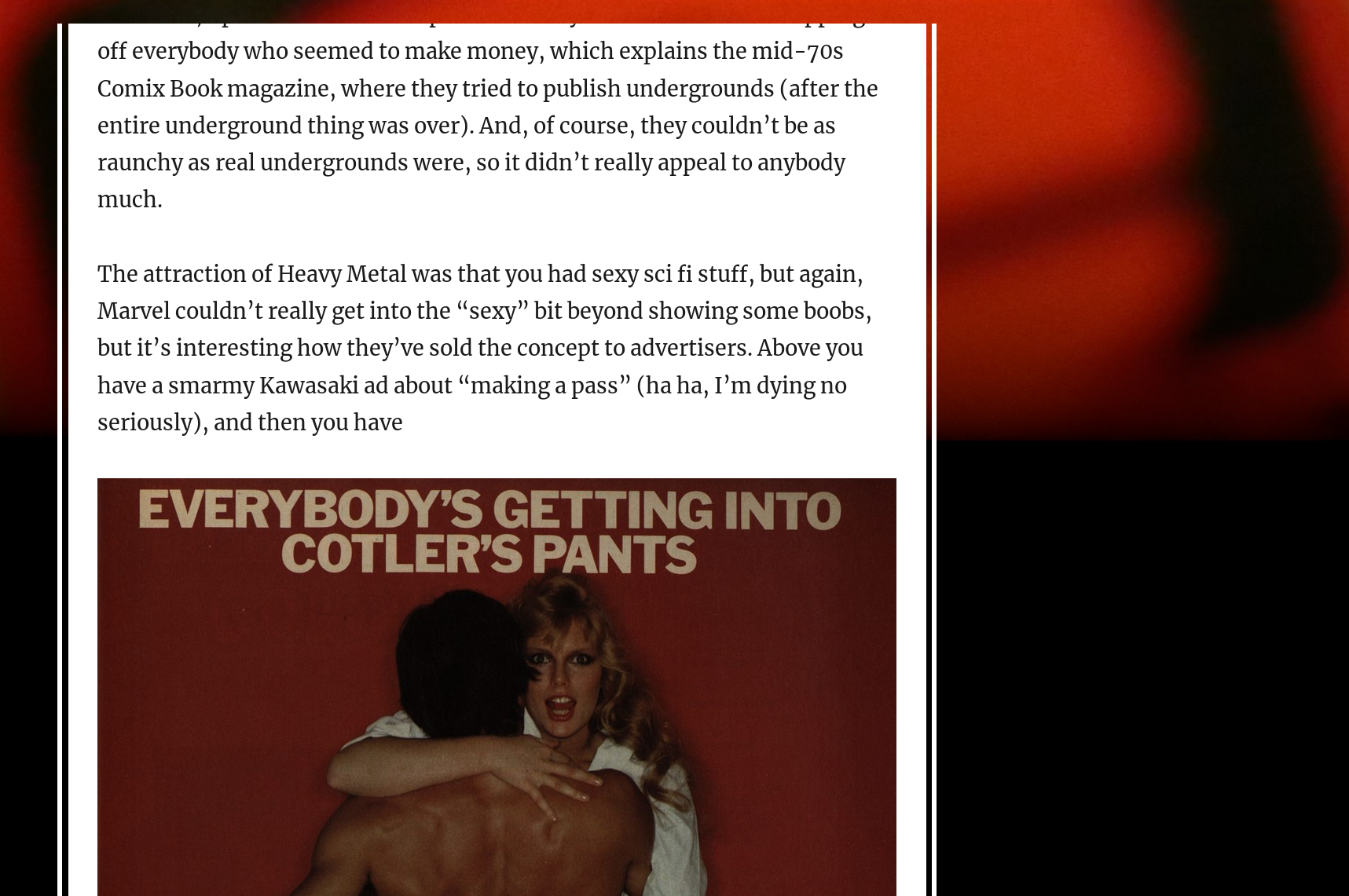 Or rather “publisher”: It’s an imprint of Marvel Comics, but was initially running as a somewhat separate entity within the Marvel offices.

Don’t expect very frequent posts. Or at least not to begin with, as the initial batch of things Epic published included series that went on for quite a while, which means that I have to read thousands of pages to blog about them.

But if you’re interested: Here’s the link to the Totally Epic blog.