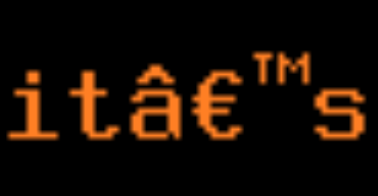 I’ve been messing around to see whether running a WordPress installation is fun or not (spoilers: it’s really not), and all of a sudden my test blog articles had turned a strange shade of non-UTF-8.

For instance, some texts I had quoted used that strange apostrophe in “it’s”, and that had turned into “itâ€™s”.

I wondered whether any series of calls to `{en,de}code-coding-region’ coupled with `string-{as,to}-unibyte’ would possibly allow me to un-destroy the text, but that made my head hurt, so I wrote undecodify.el and put it on Microsoft Github.

It’s trivial, but at least that fixed the blog articles.