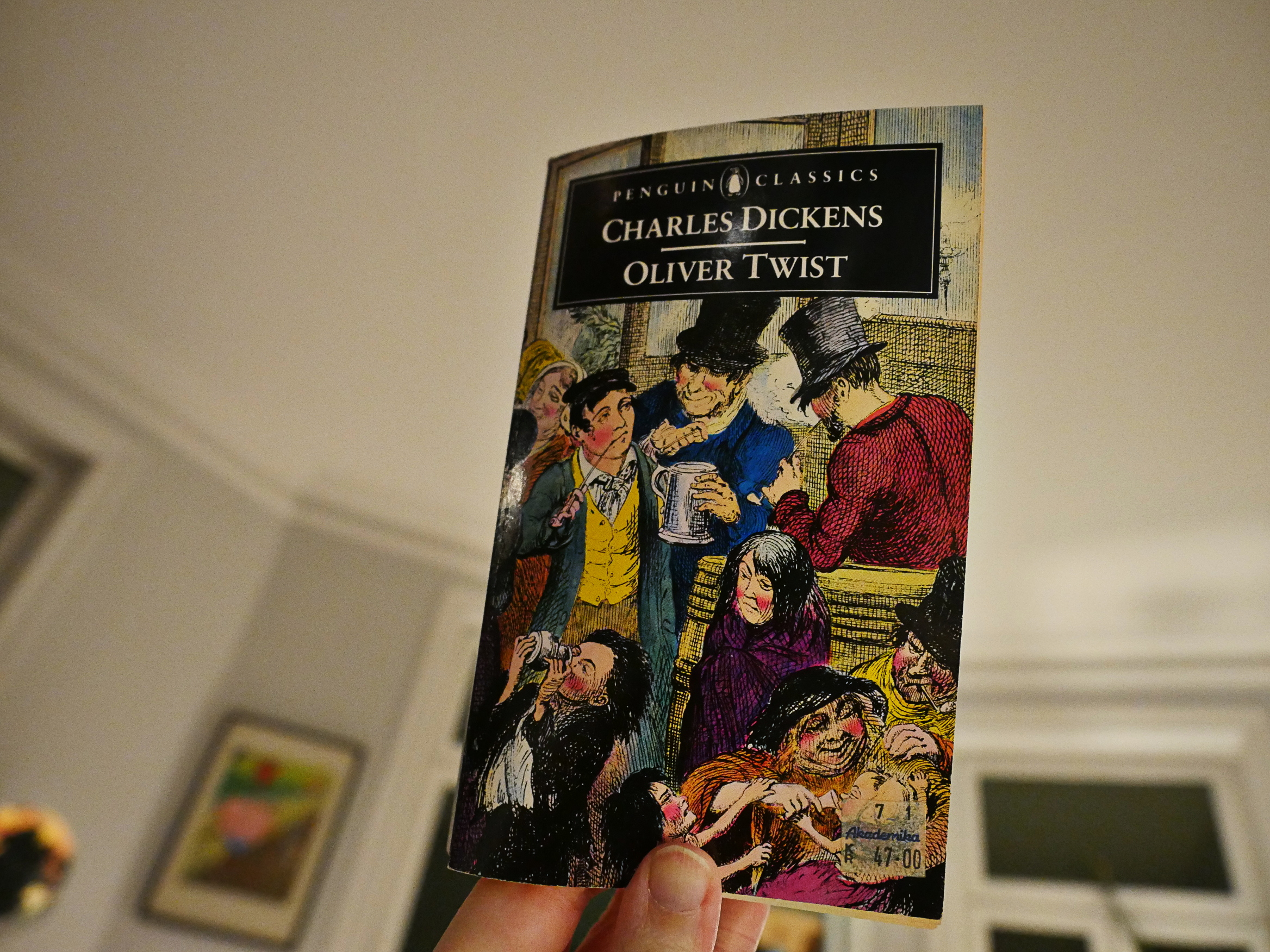 It’s Thursday, so it must be time to bake something and read a book I’ve avoided reading for a couple of decades.

I’ve done cake and cookies, so why not bread? Nutty bread. Looks like the flour:nut ratio is 25:10, and I have no idea whether that’s like totally nuts.

I have baked a couple of loaves of bread before, but they’ve never been like actually any good. 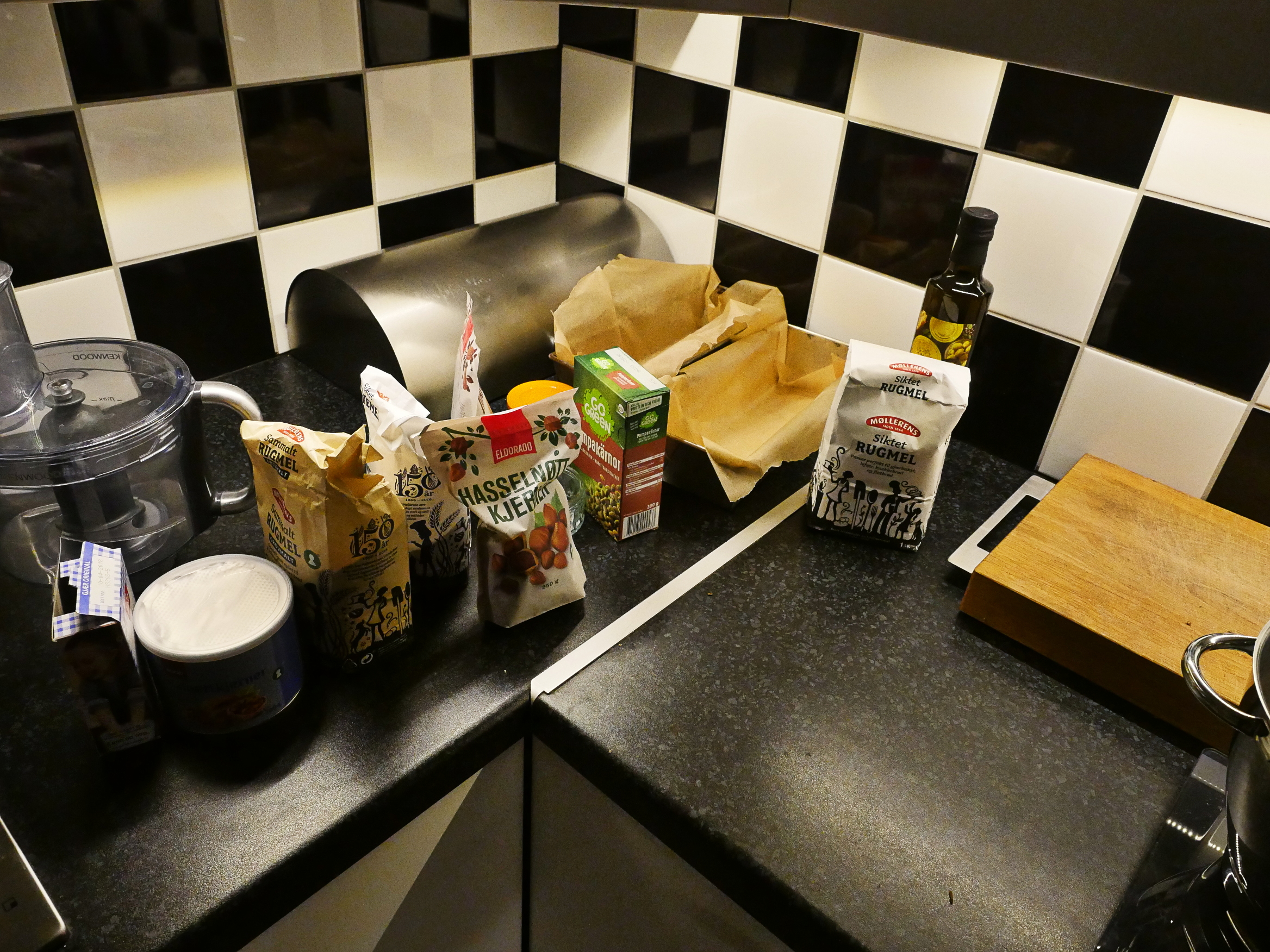 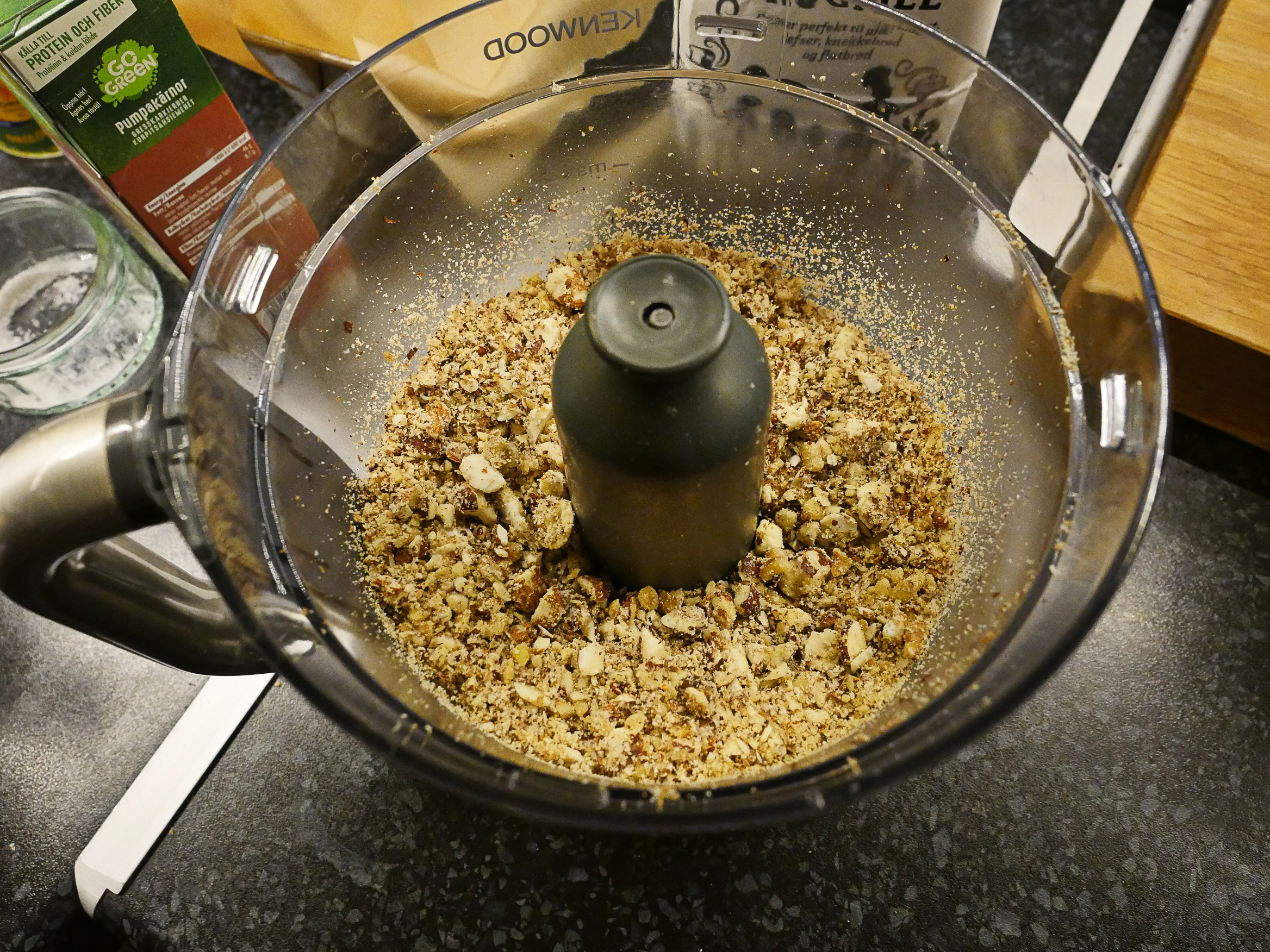 I got to use the fud professor attachment to the kitchen machine. I may not have picked the right blade, though, because the nuts came out very unevenly chopped. On the other hand, the recipe said to do that to give some textural variety, so… Probably a bit on the coarse side, though? 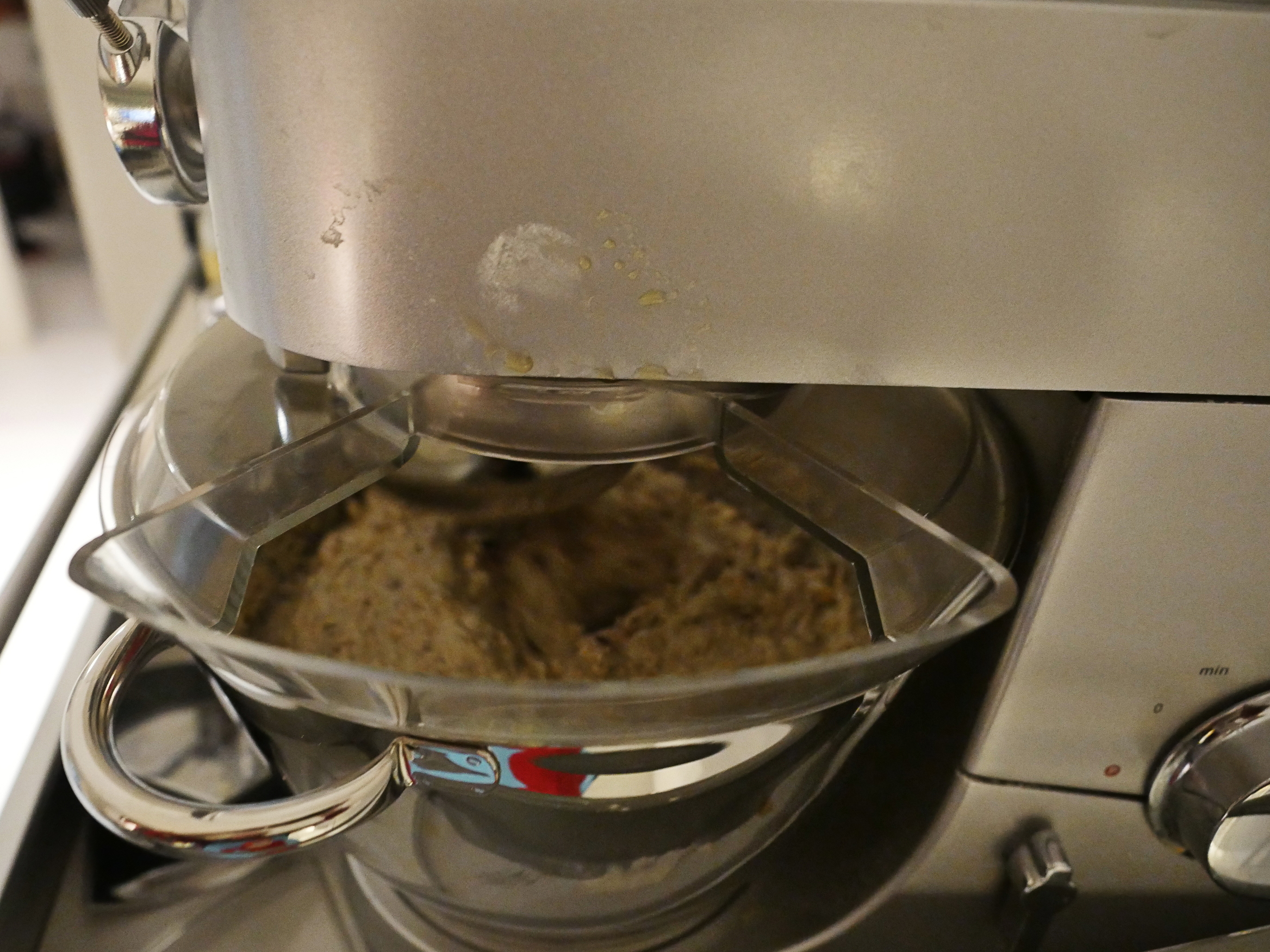 Making the bread dough is a breeze with a kitchen machine with some oomph, so I don’t have to actually use any muscles. Except when cleaning up, as I seem to have smeared the machine with honey. 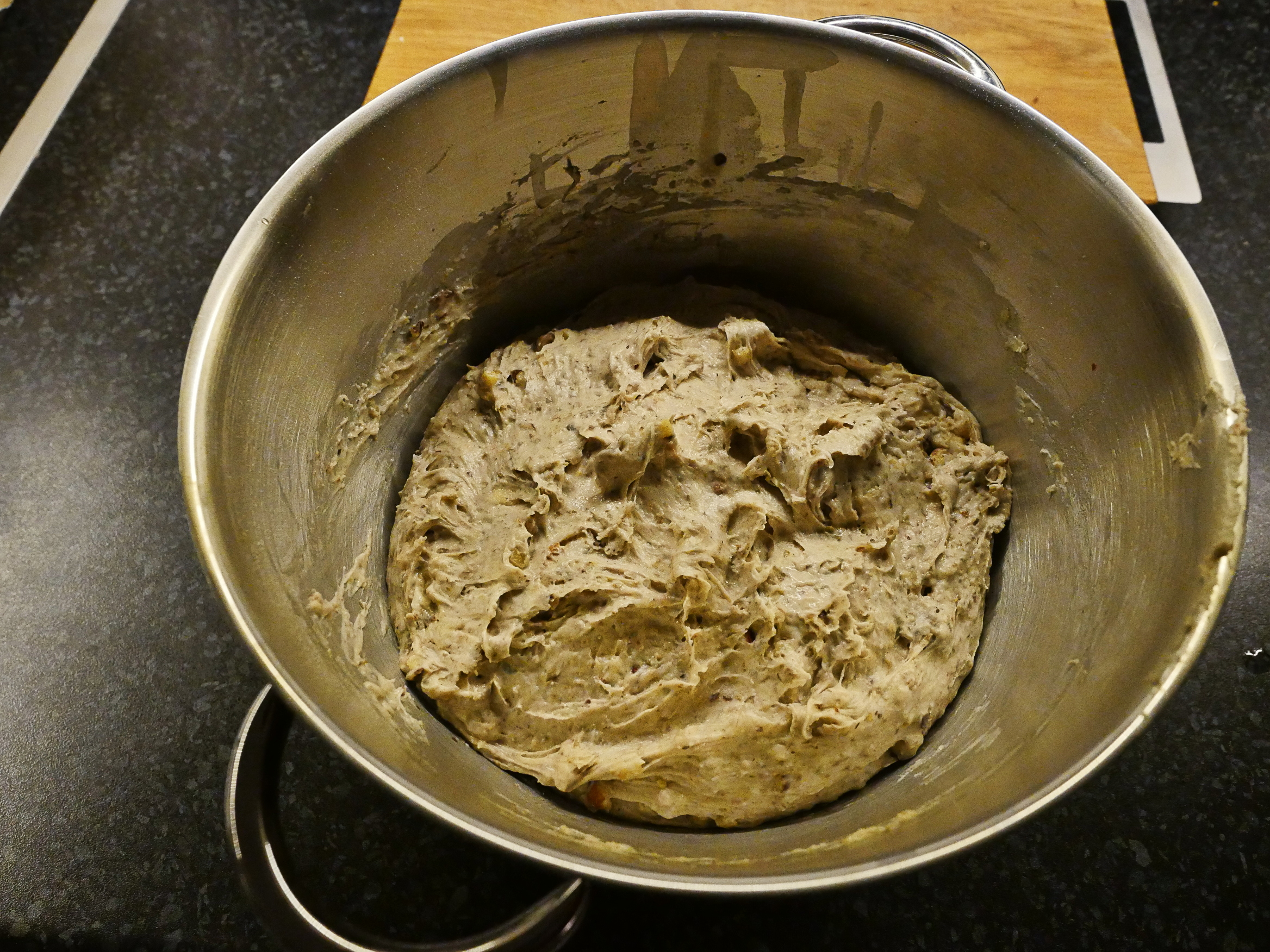 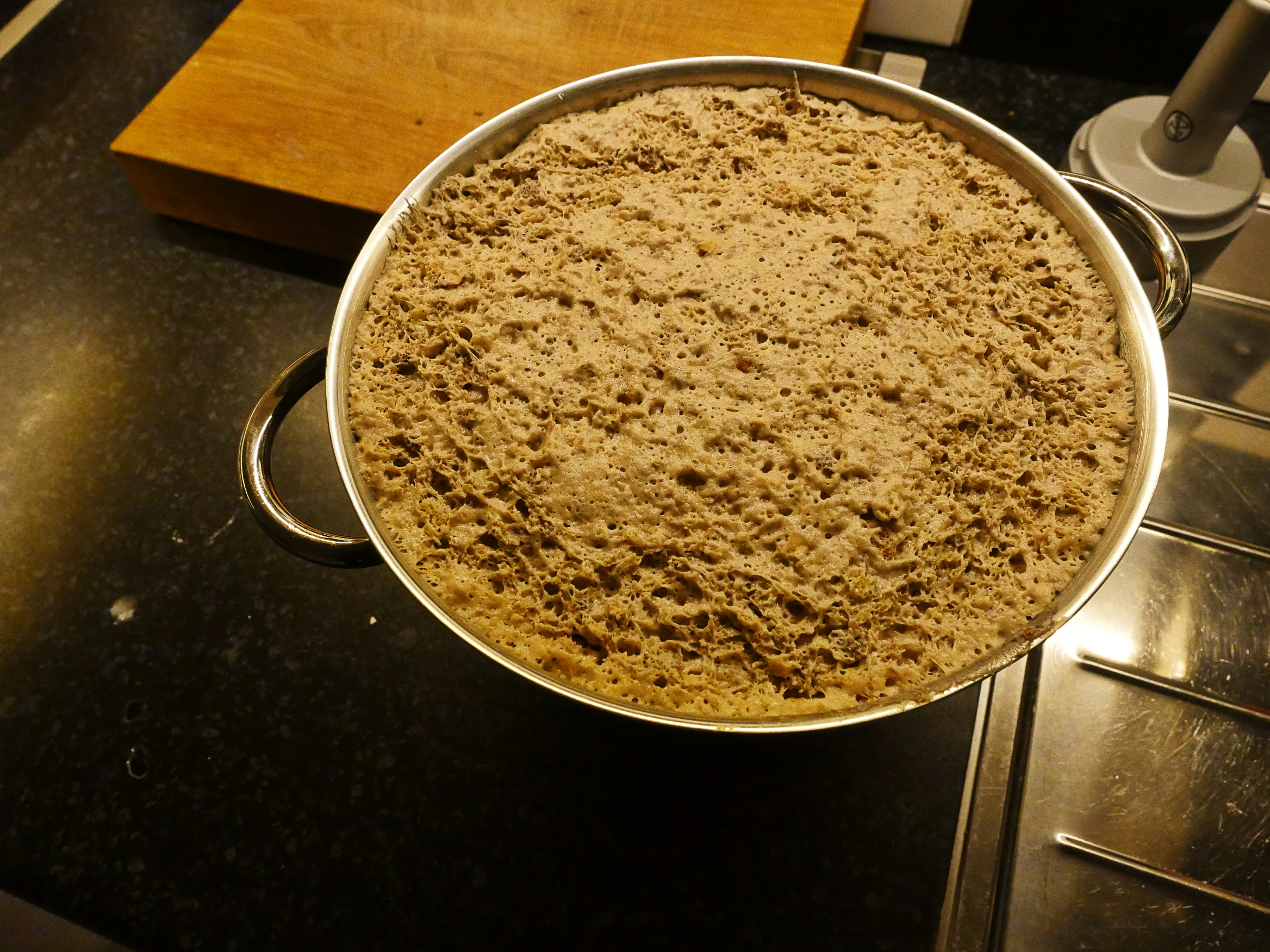 Wow, that’s some active yeast… it… like… quadrupled in size. I’ve never handled dough that’s this sticky before. It’s absolutely impossible to do anything bready with, so I just kinda scooped the d’oh into the forms and hoped for the best… And, yes, it’s a arisen again! Raise the bread! 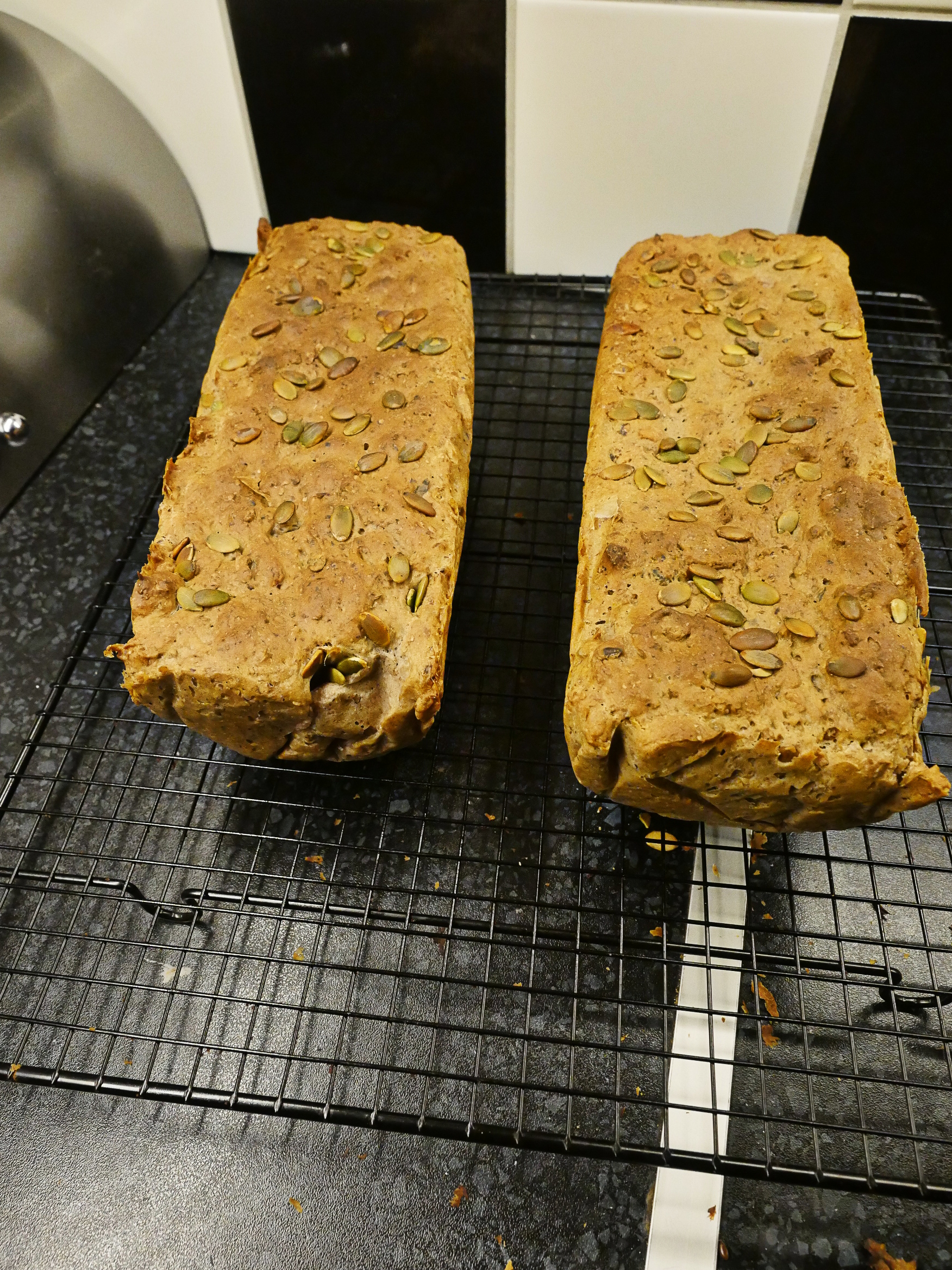 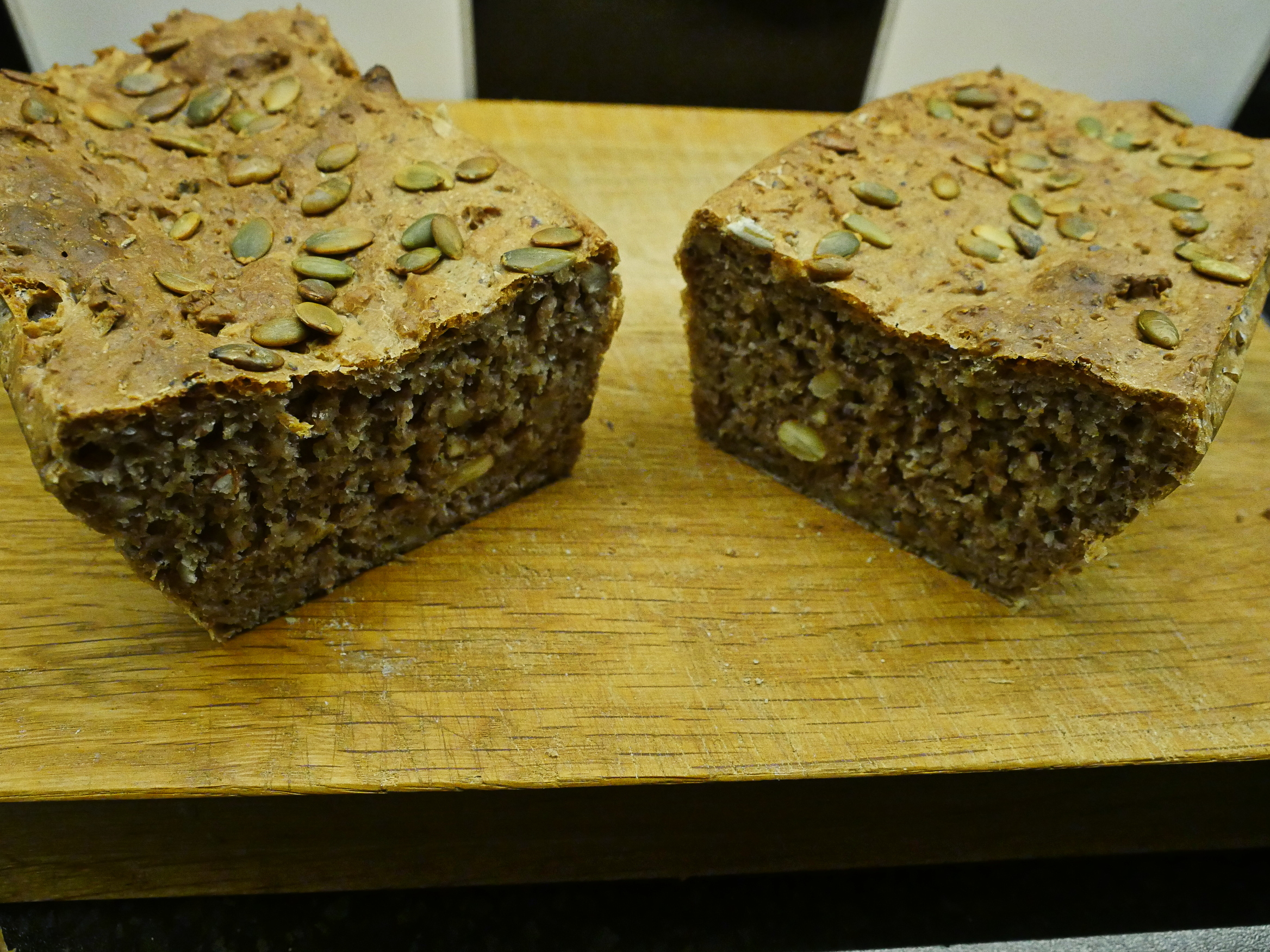 Oo. I thought this was going to be very dense because of all the nuts, but it’s kinda fluffy. 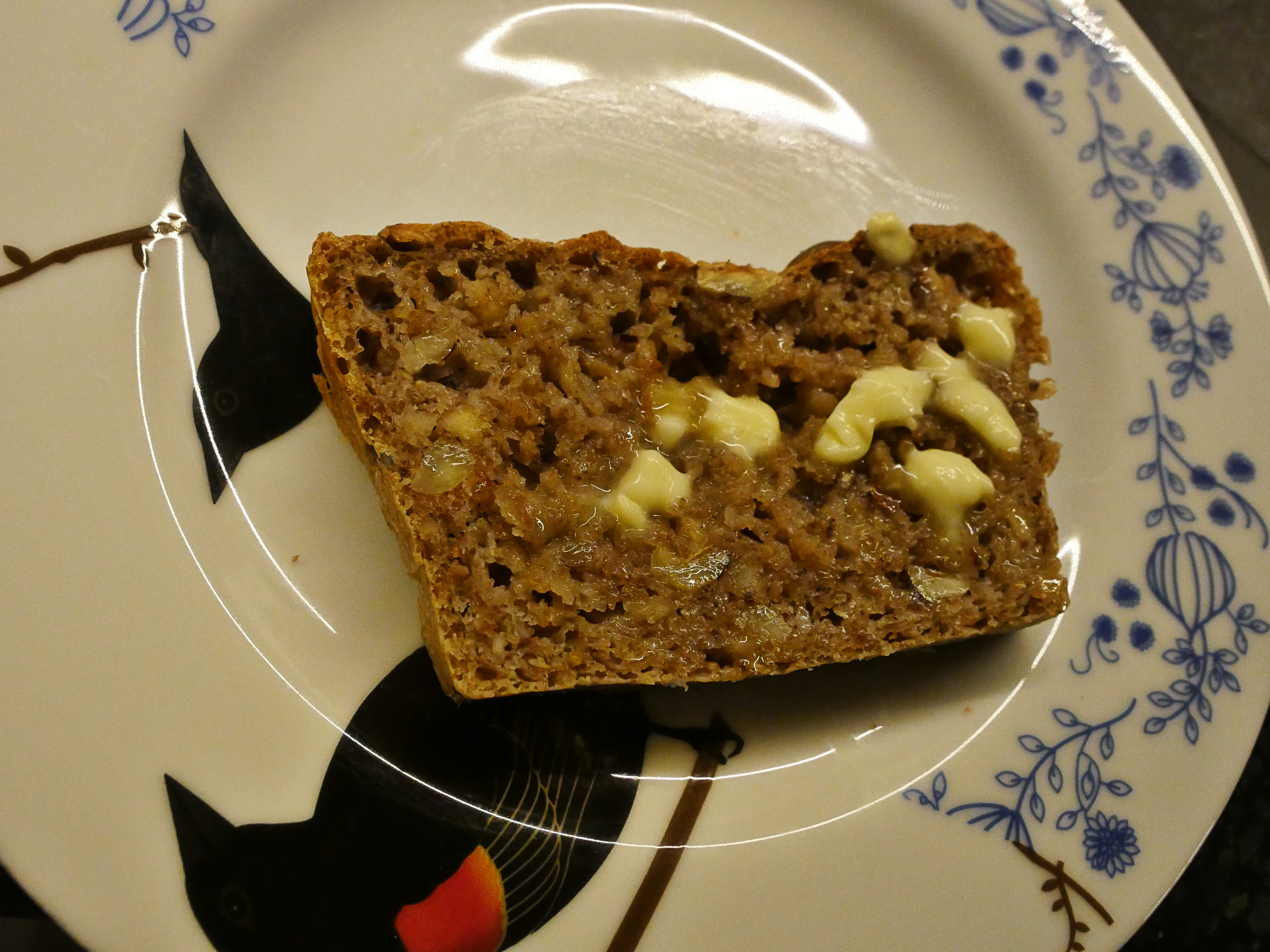 Mmmm… butter on the bread while it’s still hot… 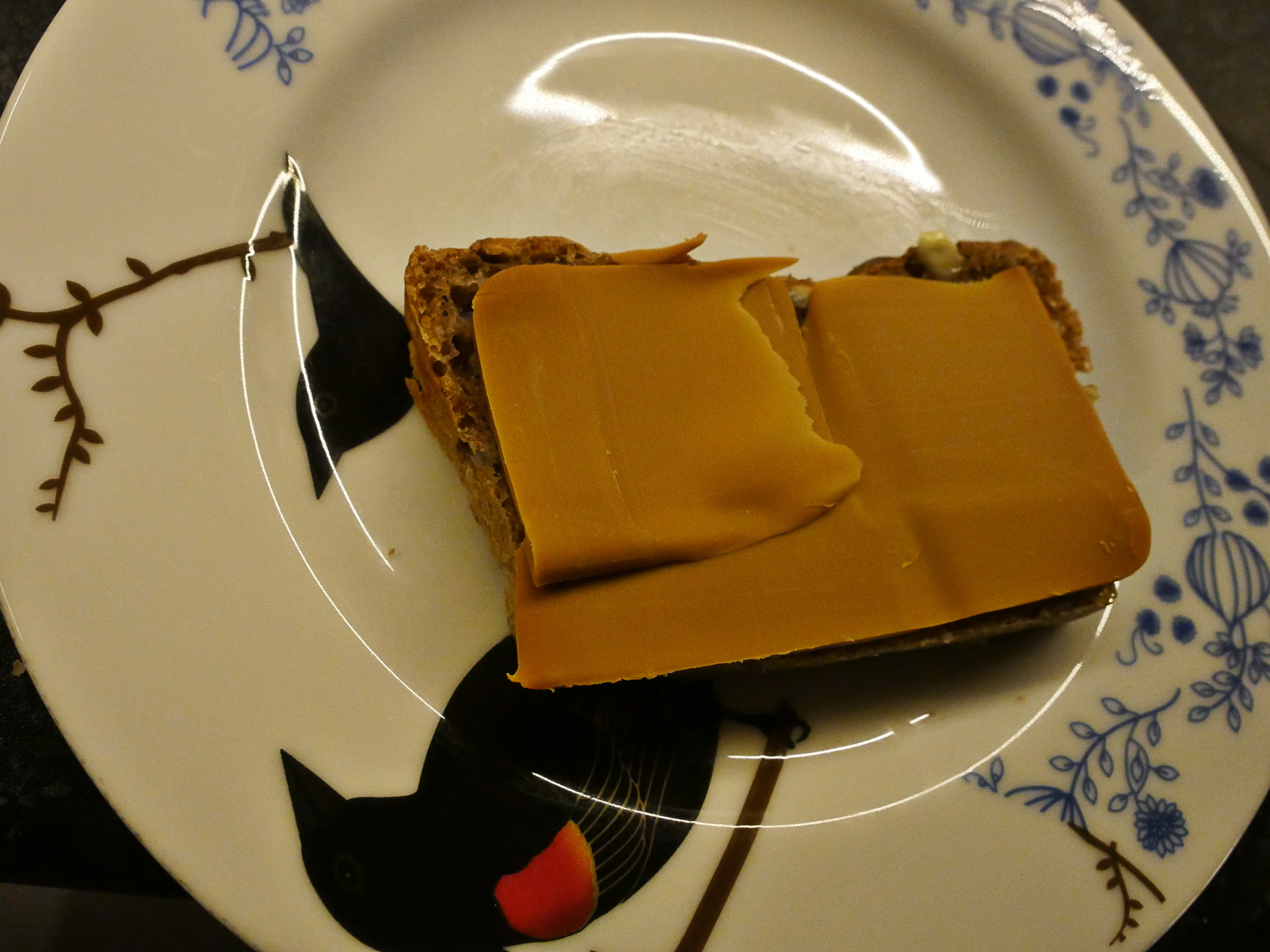 And some brown goats cheese. 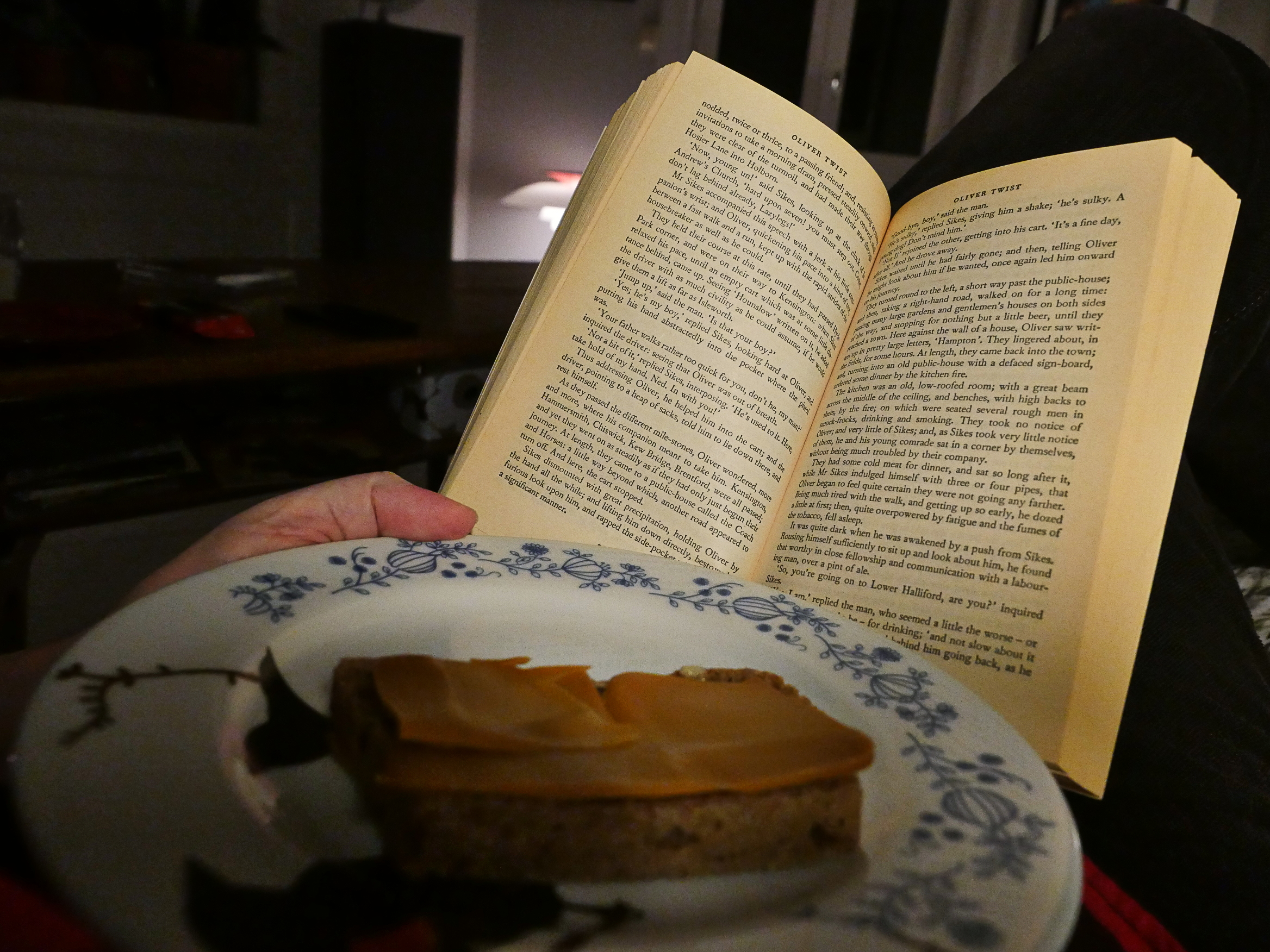 And how does it pair with the book? Excellent! The nutty buttery goatey chocolatey (OK, I made hot chocolate to drink with this) goes great with Dickens’ witty and exciting book about that hapless waif.

I have to say (well I don’t I just told a lie ha!) that I’d rate this bread a “well, that’s quite OK then”. It’s the first thing I’ve baked in this blog series that’s like successful.

Am I getting better at this or is this just a fluke!? Tune in next week for

oh I have to talk about the book, too. 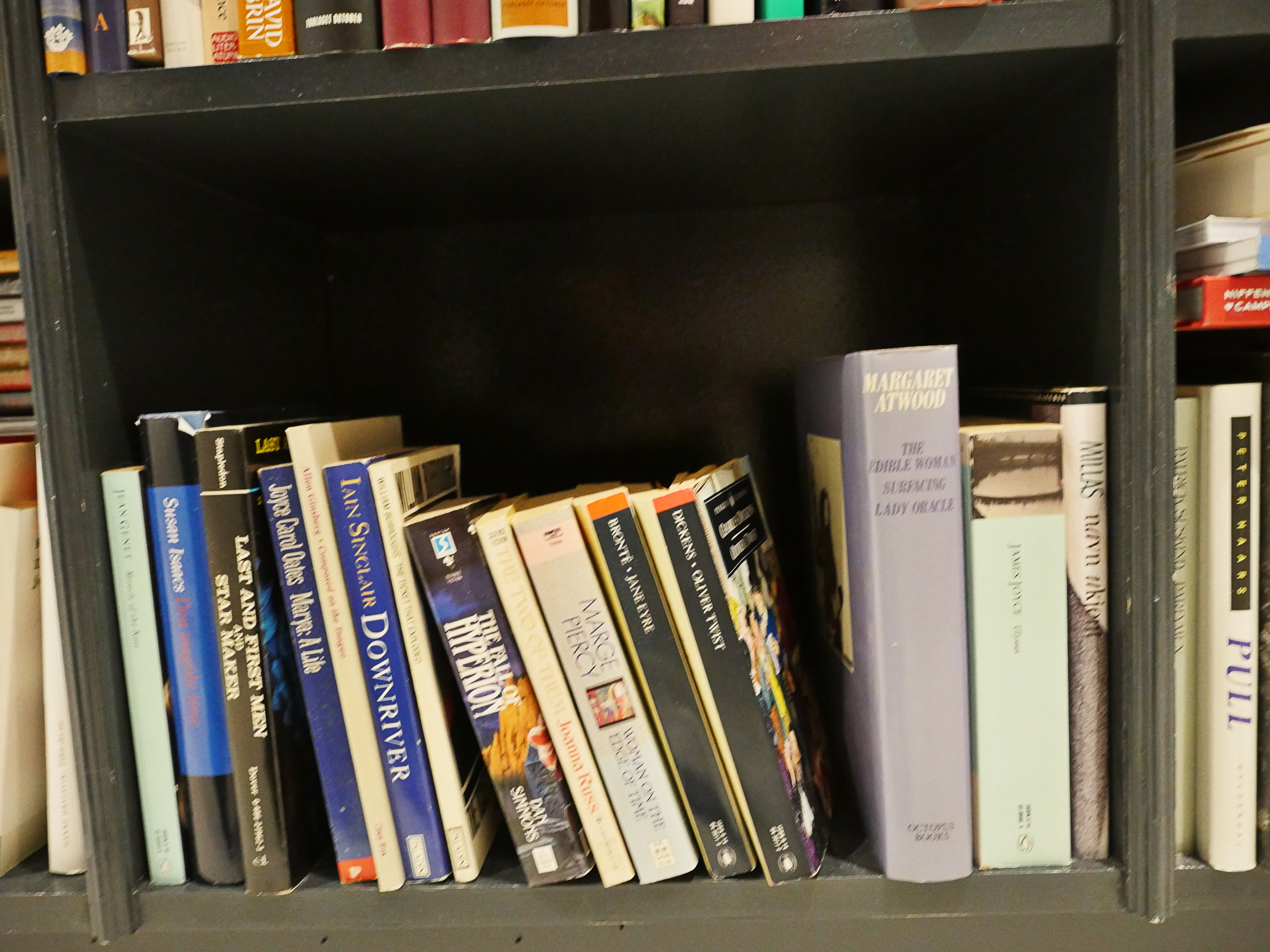 For this week’s eeney meeney miney mo of books that’s been sitting in my bookcase, unread, since the late 80s/early 90s, I choose… well, you’ve read the title of this blog post, so it’s probably no surprise. It’s Oliver Twist by Charles Dickens. 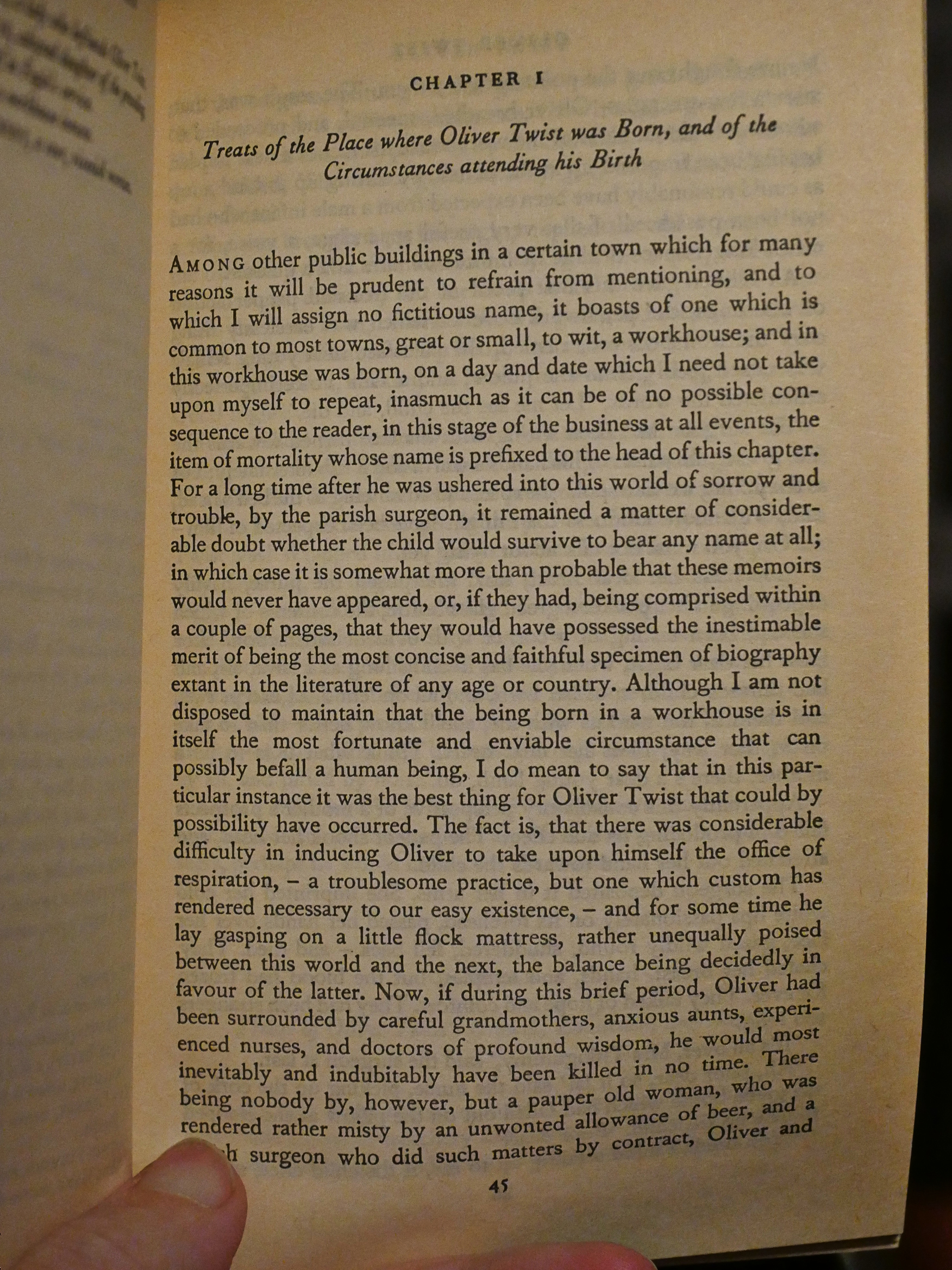 And the reason that I have it but didn’t read it is because I WON”T DO WHAT YOU TELL ME. I read tons of books, but whenever I have to read something, it’s just torture to motivate myself to read it. It’s insane and counter-productive and weird, but there it is. I remember once in like fifth grade we were assigned a book to read over the holidays and write about and we could pick pretty much anything we wanted. I picked a book I’ve already read, and the teacher asked why, and I said “well, then I don’t have to read it”.

Instead I read dozens of other books.

What can I say? I’m counter-productively lazy.

This book is an artefact of me taking English at the university, and I just couldn’t bring myself to read it. And looking at that first page, it does look a bit eh. Anyway! As you all know, it’s a very funny, very angry book. Dickens is relentlessly witty, and is scornfully sarcastic about all persons in charge. And it’s an exciting, classic adventure story, to boot. I’ve seen several movie/tv versions of it, so I know just about what’s going to happen, but there’s so much pleasure to be had from Dickens’ writing. It just flows so well: It’s entertaining and smart.

It’s such an effortless read that I started wondering whether this edition had been updated to modern English or something, but no: I found somebody that had helpfully shot a picture of a 1837 page, and it’s pretty much identical, except for some slight changes in punctuation, as far as I can tell. Oh! An ear! So I didn’t bail at the first page, but made my way to chapter 13 before I stopped reading back in… 1991? Something like that?

I have no recollection of having read bits of it before, so apparently reading a novel as a required assignment was so traumatic that I’ve suppressed the memory.

It’s a delight to read now that it’s unrequired reading. But while it’s fun, in the final third I got to the “I want to read this book forever” slash “bored now” point. Dickens is padding out the storyline quite a bit with atmospheric bits (like the above). While it’s fun in isolation, the loss of tension in the third part is palpable.

So Dickens is nice, but what about the edition? The reproduction of the artwork is shockingly bad. But worse are the footnotes. Here’s a footnote after “crowd at the execution”, and I innocently flipped to that to see what the editor had to say, and… Boom! Spoiled the next-to-last chapter of the book. Nice work, asshole. So I had to stop reading the footnotes and never found out what a “paviour” was.

One thought on “CCCB: Oliver Twist”