I went to Le Guess Who in Utrecht, and it was very good. Here’s a festival report. 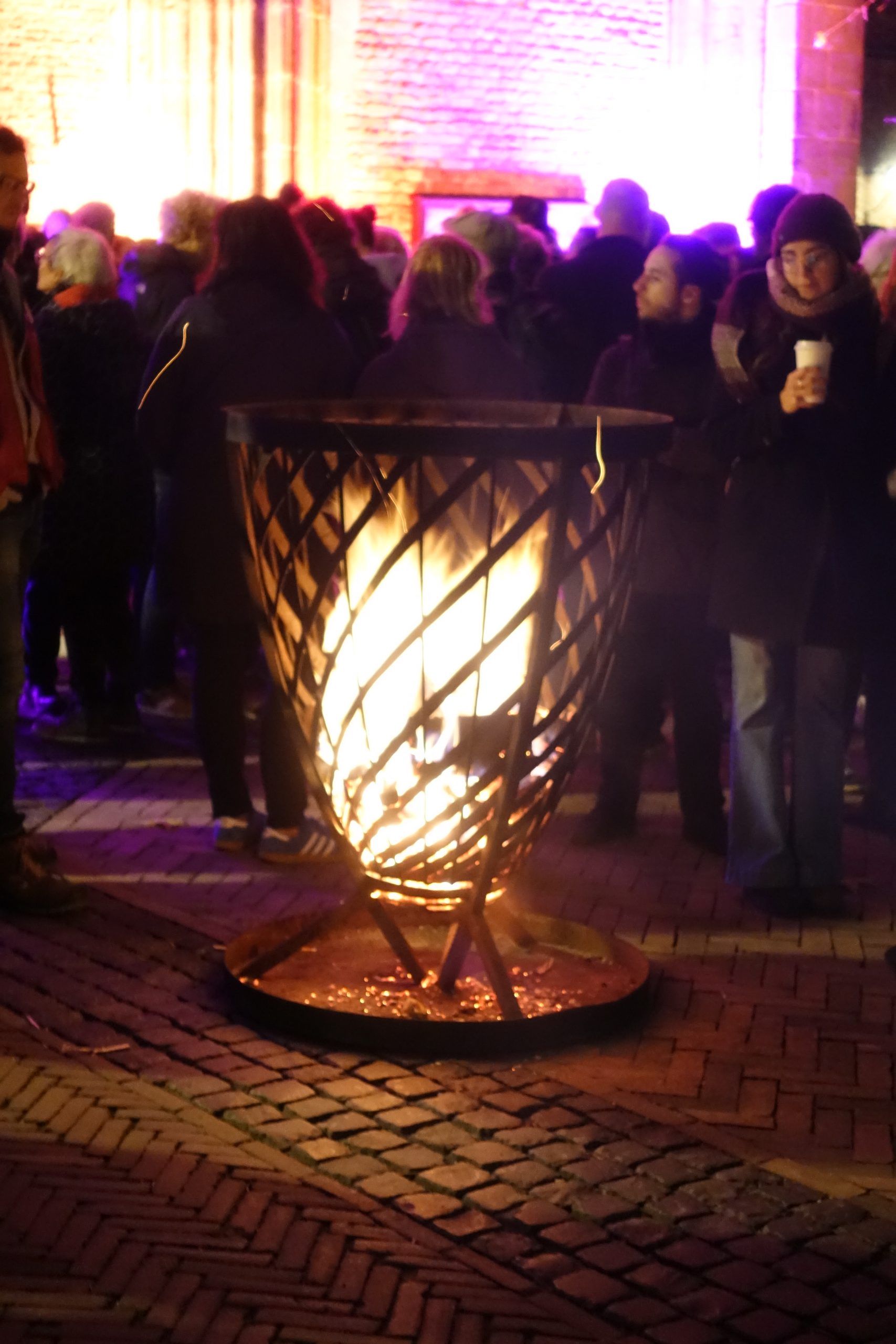 The festival is spread out all over Utrecht, like here in front of a church where
Le Mystère des Voix Bulgares performed. (The doors closed mysteriously before the huddled throng and nobody let us know what was happening, so we stood there for half an hour until most people decided by themselves that perhaps de kerk is vol.) But the main bulk of the concerts took place either in the enormodome TivoliVredenburg, or 30 minutes south in the De helling/Pastoefabriek/LE:EEN/etc cluster of venues. 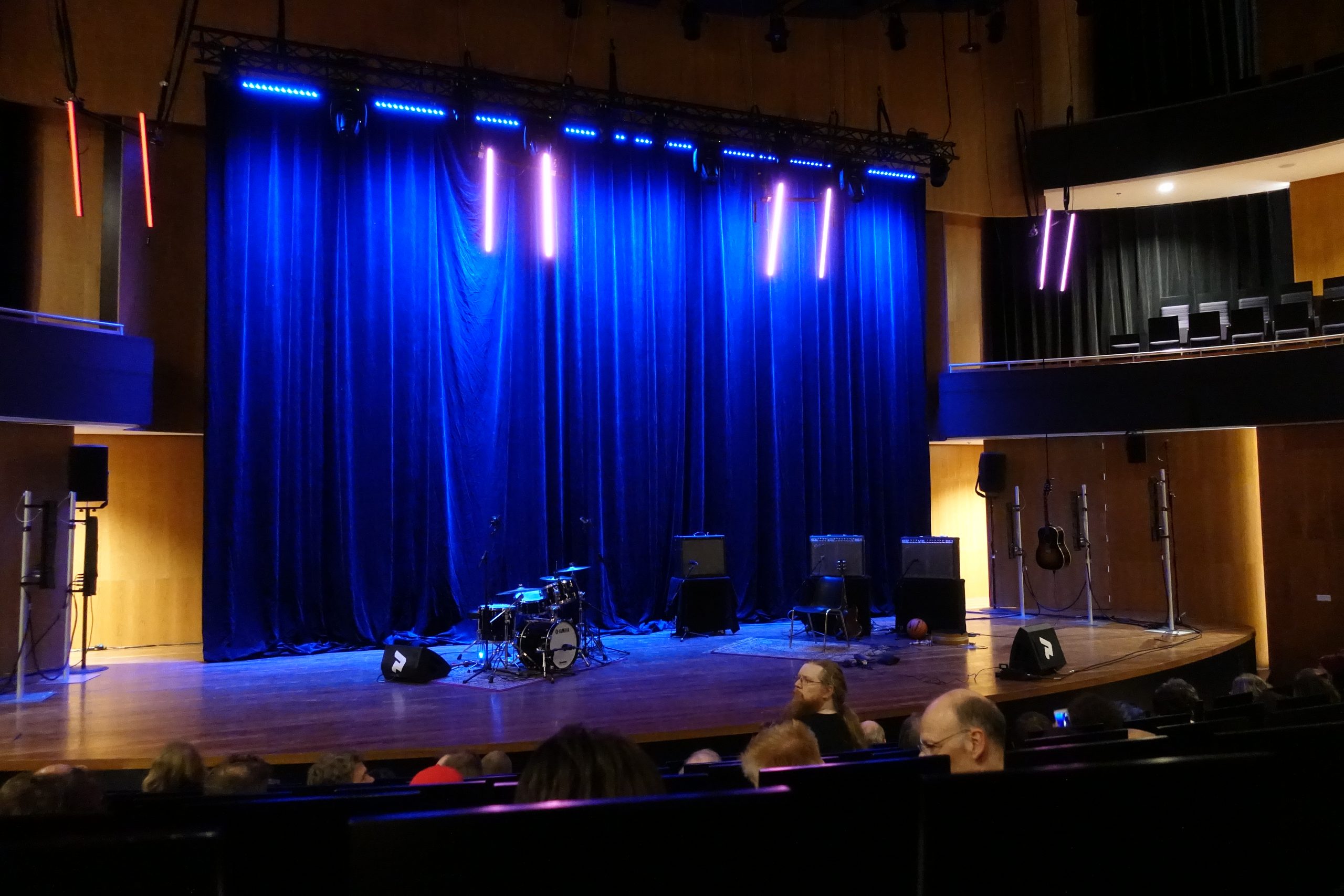 So you kinda had to decide whether to do one or the other, because walking back and forth between those would mean missing out on hours of music. The programme was completely packed, though, so you could easily spend an entire evening at either place, but it was an annoyance. And taxis were nowhere to be found at the southern cluster. (Which is by no means unusual for these festivals: It seems like some kind of coordination with the taxi centrals would be beneficial for everybody, but it never happens.) 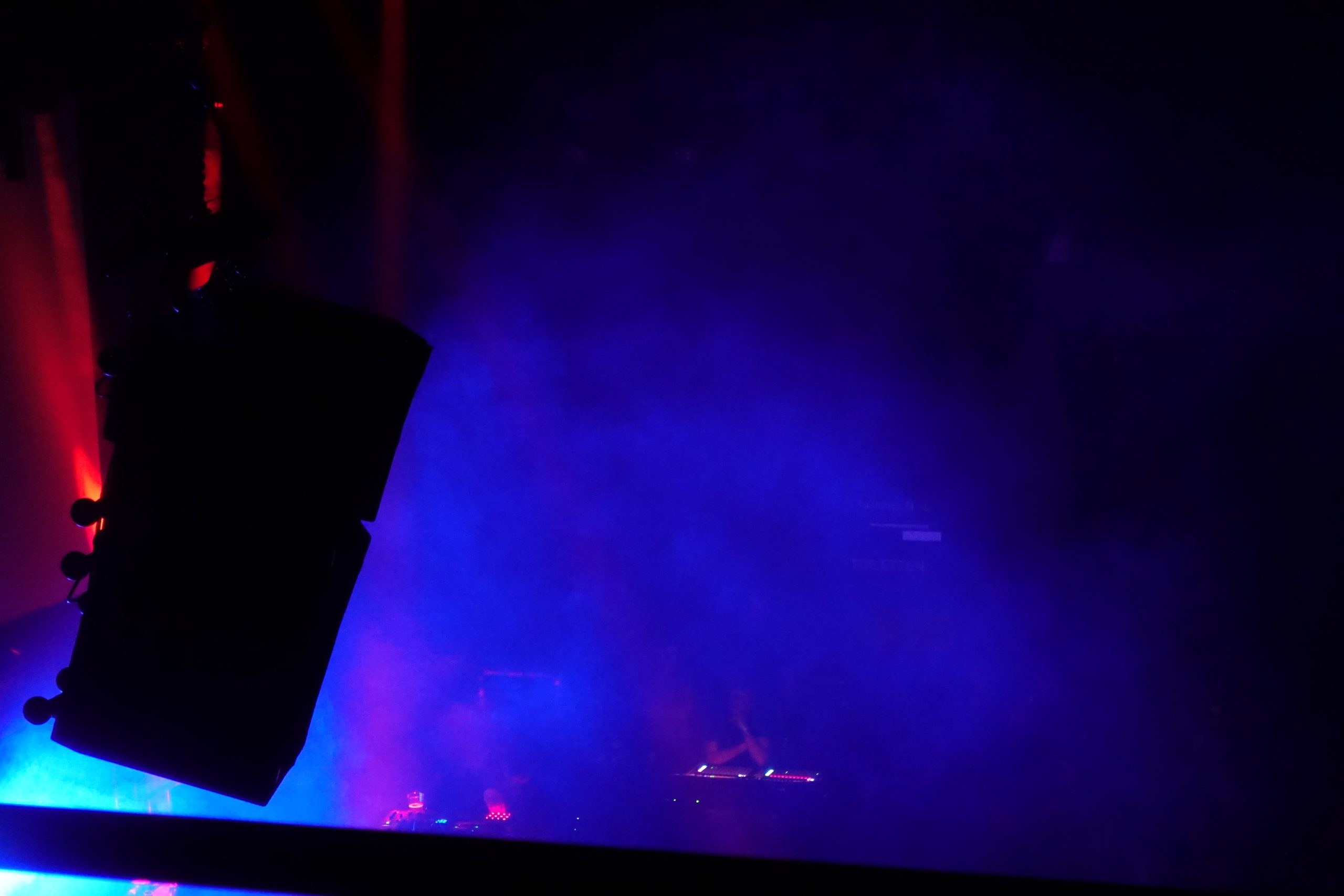 Oh, and while kvetching about Too Much Walking: The TivoliEnormodome houses a huge number of really great venues (both acoustically and sound-stacky-wise), but oh my emacs the stairs. The stairs. THE STAIRS! Getting from one venue to another usually meant at least walking down two floors and then back up again four floors, and on day four I was kinda looking at the schedule going “eh, I really want to see this but it’s at Cloud Nine and I Just Can’t. Let’s just go to this other thing that’s only one floor down and then two floors up again”.) 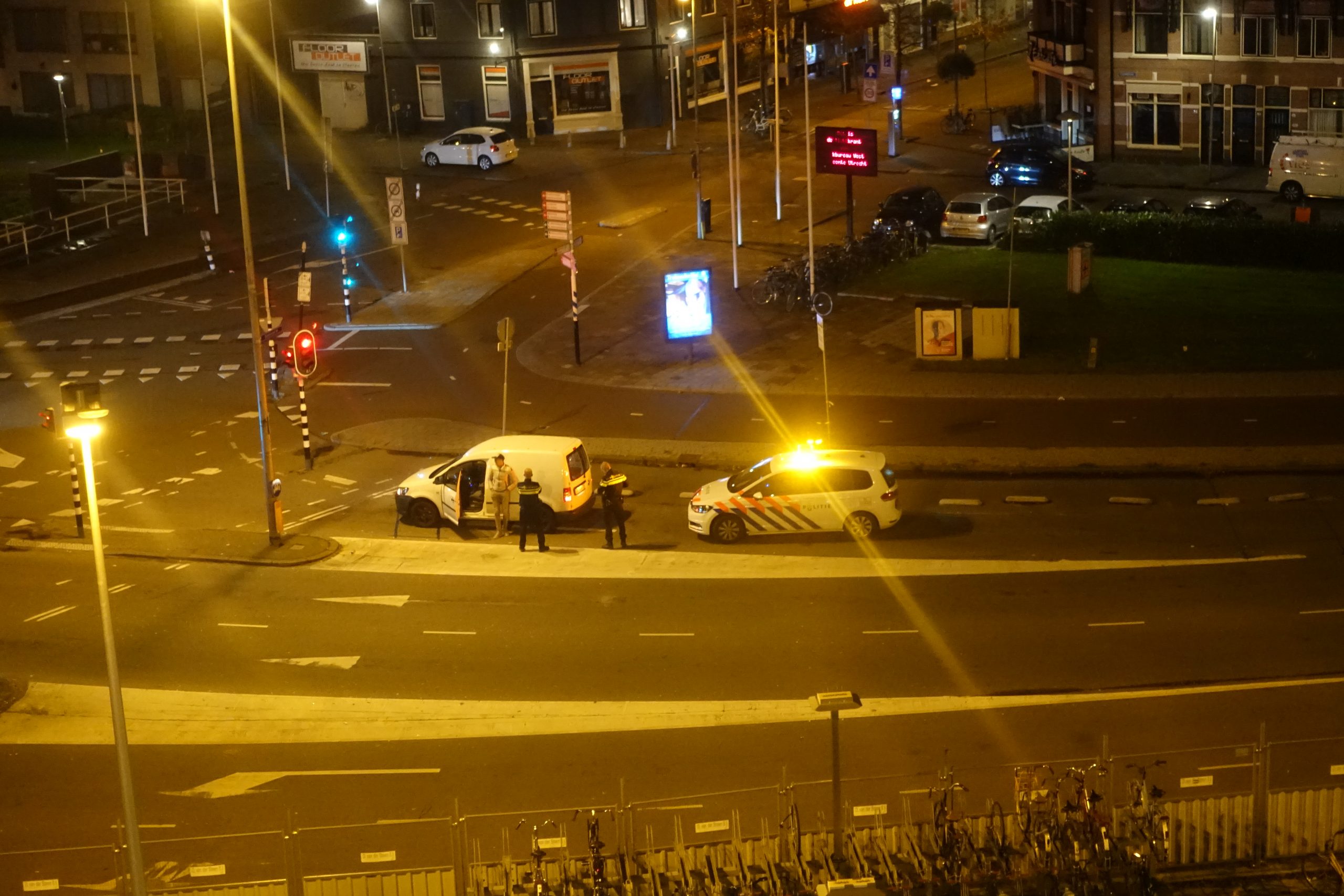 Oh, but the music. The programme was so full that I missed more than half of the shows I really wanted to see, but I prioritised people I hadn’t seen before, so there was less jazz for me than I had expected. Standouts for me included:

Sudan Archives (so much fun with the sampling and violin/guitar playing; I got her album and t-shirt); The Residents (in cow costumes: they were the “surprise guest” of one evening; you have to pay attention to the Le Guess Who twitter feed to find out who’s playing in those spots; kids today why I oughtta, but they were really fun); Stella Chiweshe (only caught the trailing end of her show, but it was really amusing seeing her trying to make a Dutch audience participate in a call-and-response sing-a-long (the Dutch don’t seem to be much of the participating type)); Pharaoh Sanders (probably the main reason for me to go to the festival, and he was amazing, and spryer for his age than I would have guessed (he shimmied and shook his ass to the general bemusement of the audience)); Juana Molina (who I’ve seen before, but this time she had a full band and it was so rocking (but in a good way)); Peter Brötzmann & Han Bennink (who I’ve seen separately a bunch of times, but they’re really wonderful together, too); Tiny Vipers (really pretty mysic and I wanted to buy her album, but she only had vinyl so I guess I’ll have to buy a CD from somewhere); Sun Ra Arkestra (fun, as always); and Mary Margaret O’Hara (again, I caught only the last bit of her set, but it was totes kooky, and sometimes very beautiful).

Shows that made less of an impression included Keiji Haino & Han Bennink (it was fun, with Keiji Haino stepping up the playfulness as a response to Bennink (Haino played his guitar for part of the show with a baseball)); Thurston Moore & Han Bennink (initially I really got into this, but Moore’s wash of sound got boring fast and Bennink didn’t seem to know how to respond); Prurient (it was Prurient); Greg Fox (which was OK but not really thrilling), Klein (I don’t remember what happened at that concert); Moor Mother (and she started at 2AM, I think?), Keiji Haino (and old-fashioned noise set; it was fine); Les Amazones d’Afrique (zzz); ICP Orchestra (they’re really really good players, but I didn’t really get into it), Perfume Genius (it started off great and very dramatic, but then turned all boring); and Linda Sharrock (the idea I guess was to pair her off with very young Dutch improvisors, but with the exception of the bassist, I disliked them all (especially the guitarist; see for yourself)).

And then somebody accidentally (or in a rage of anti-non-Apple-fury) crushed my computer: 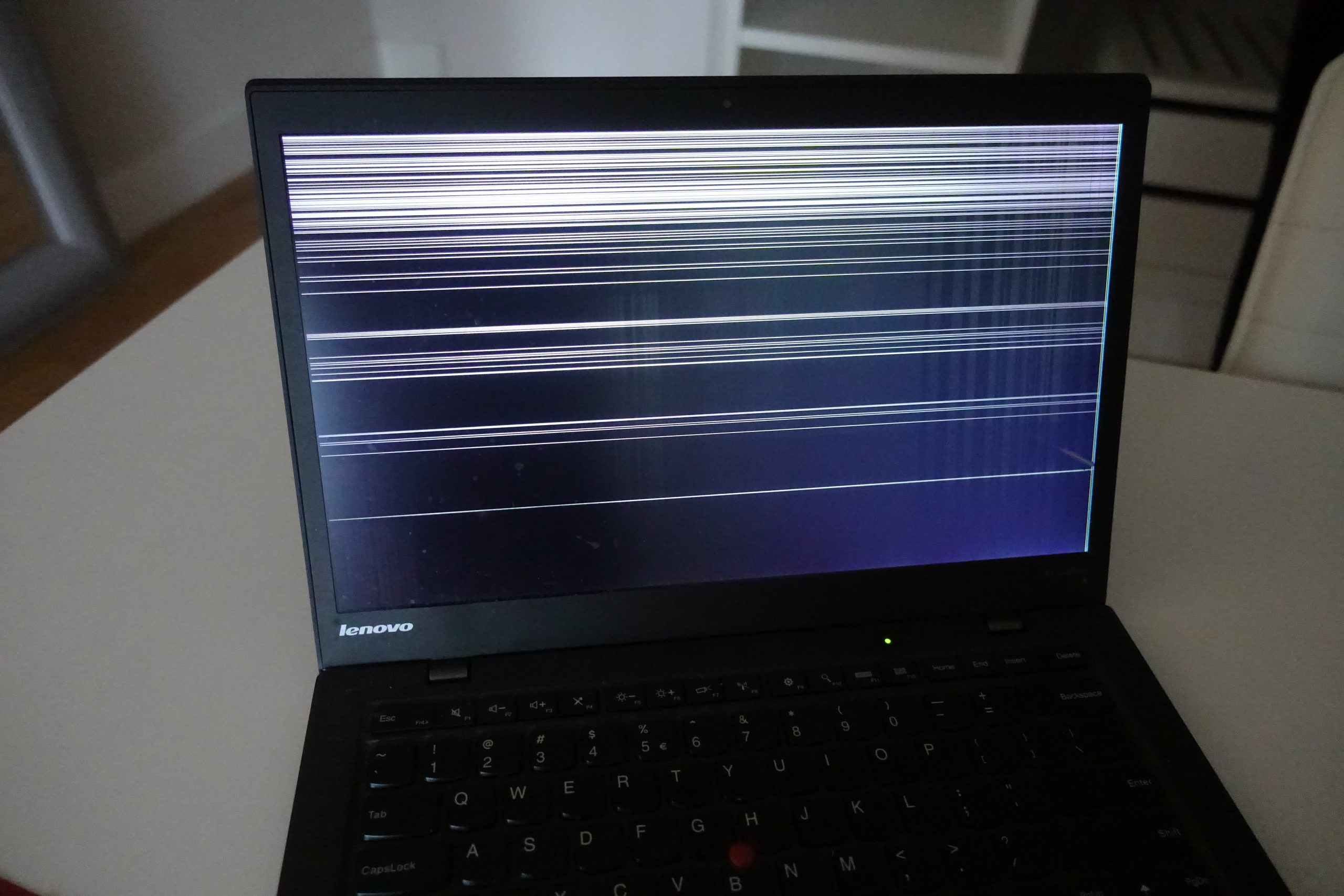 Oh! While driving through Germany to get to Utrecht, the most German thing ever happened: We were at a narrow one-way street, with no traffic, but we had a red light and were waiting for the green man to appear, and a (like) 14-year-old boy decided to just go ahead and cross anyway. So a bit later the light turned to green, and we all crossed the street, and the father of the boy rushed ahead and screamed (to the boy) “YOU COULDN’T WAIT TWO SECONDS? YOU COULD HAVE BEEN KILLED!” I didn’t see what happened after that, but I would assume that either the boy became the most well-adjusted German man ever or he joined Baader-Meinhof 2023.

It was a nice vacation and a very good festival.