I’ve been trying to tidy up the storage locker in the loft this autumn, getting rid of old junk (so that I can put more, slightly newer junk up there). I happened unto this box: 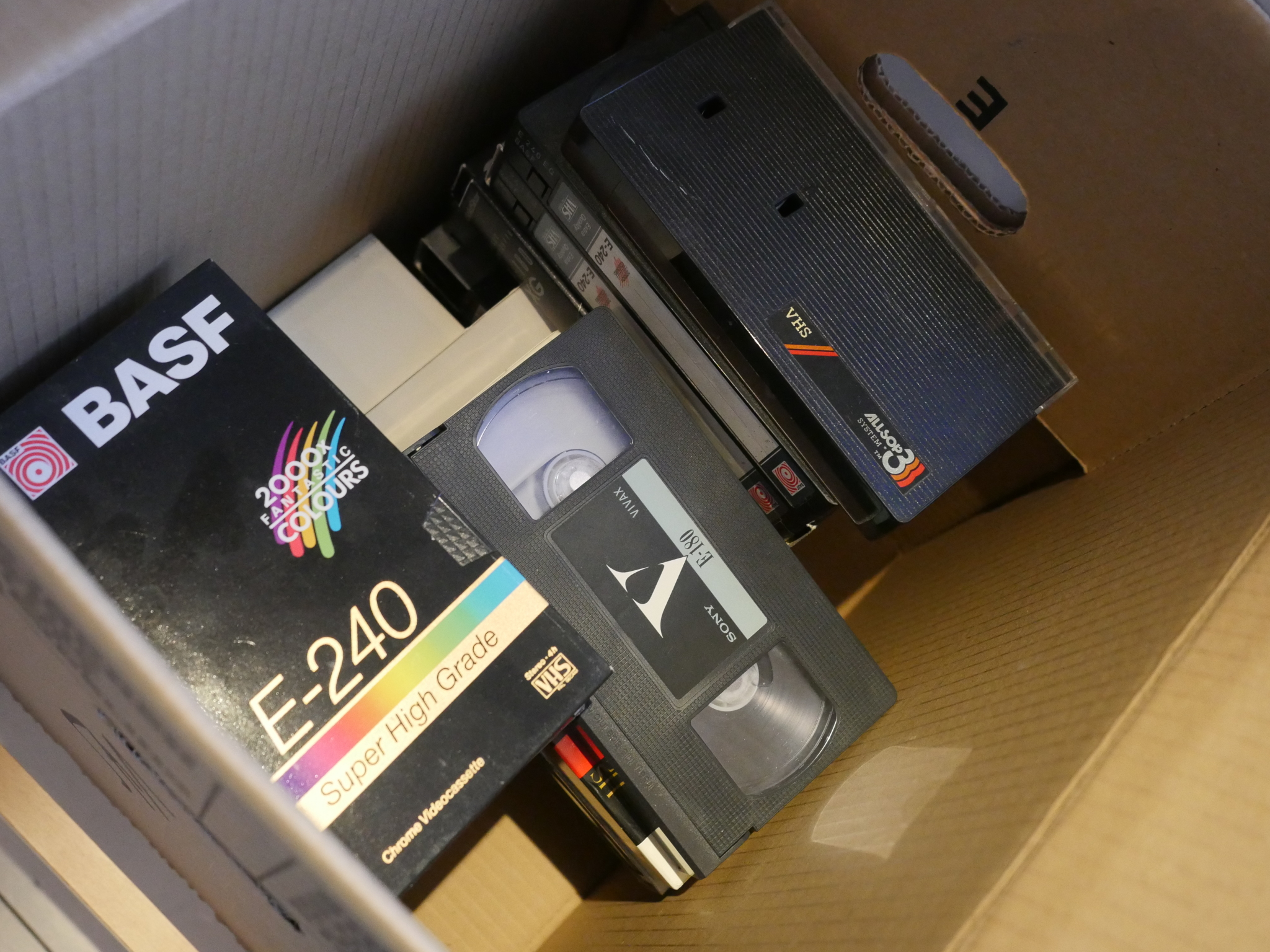 A nice stack of VHS tapes. If I remember correctly, the reason I kept these was that during the 80s and 90s I recorded quite a lot of music (videos and live stuff) from the TV, and I had always thought about some day going through them, picking out the good bits and uploading them to Youtube or something.

Perhaps this year is finally the year?

I have an old, old DV conversion thingie somewhere, but it’s so old that it’s a Firewire dongle. And I have no Firewire equipment, so I thought it might just be easier to buy something new and shiny. Surely?

I think you can already guess where this tale is going. 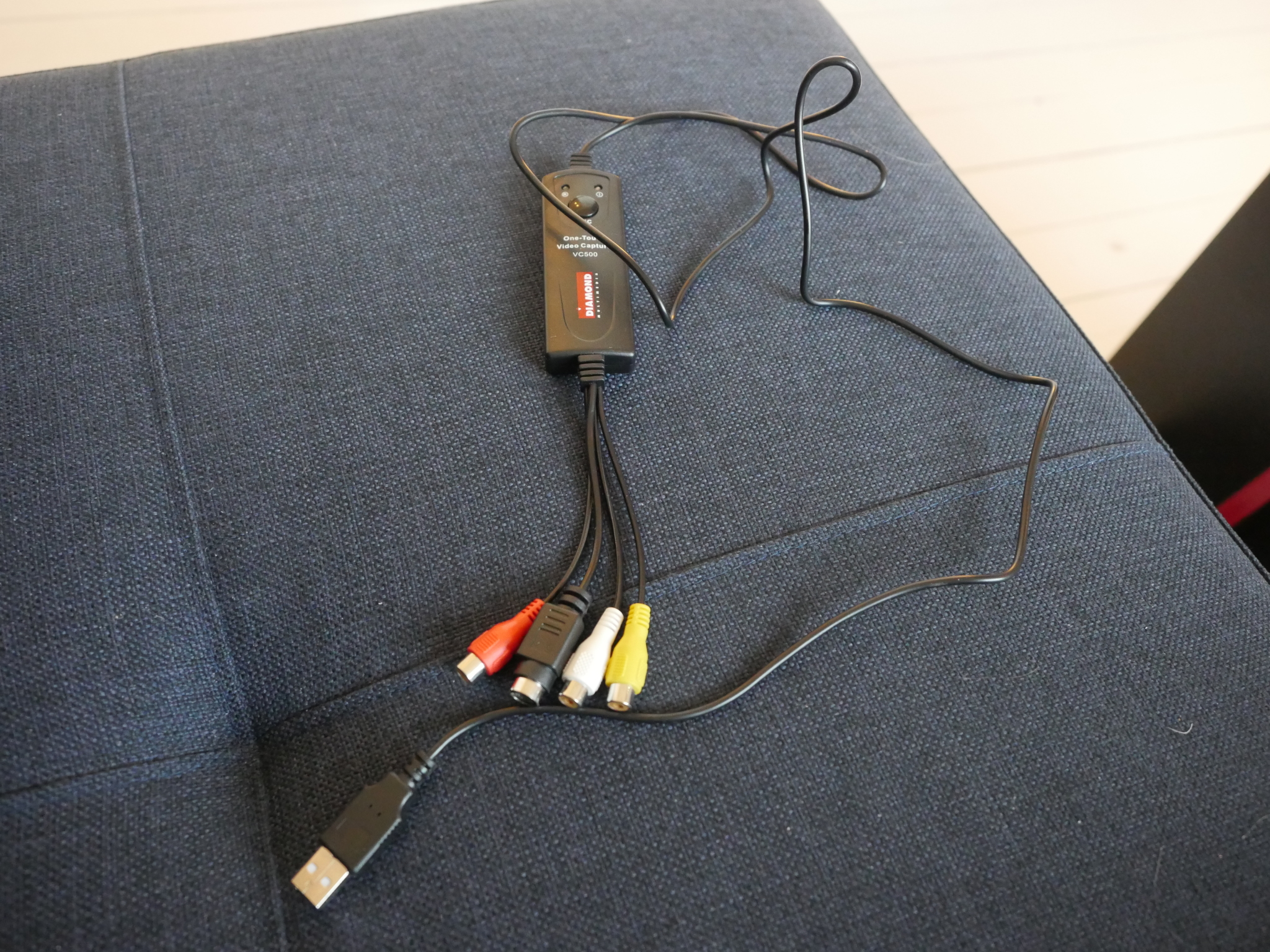 This is a Diamond VC500, and it has both composite in and S-Video in, and it seems to be a popular choice. 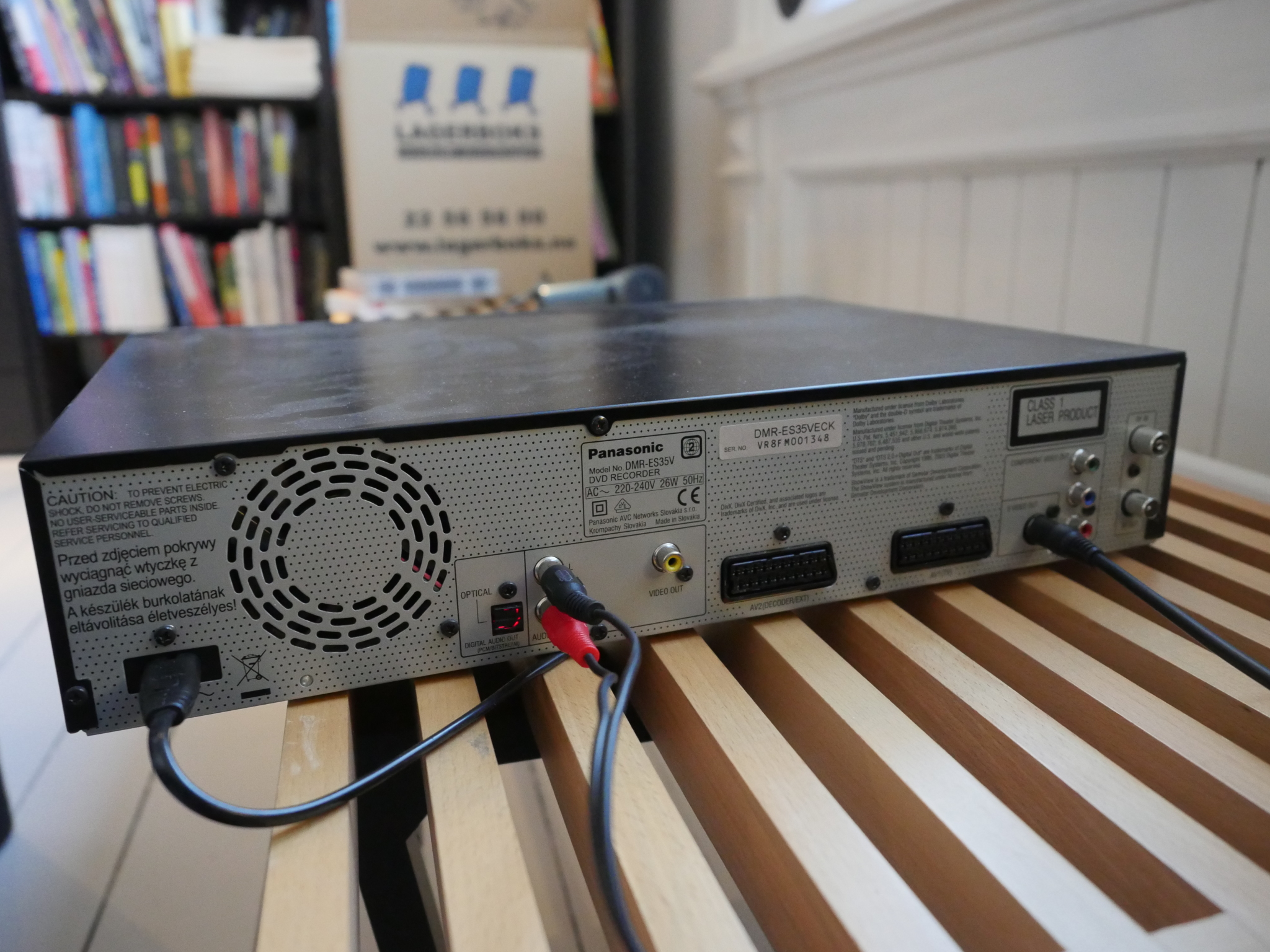 My old VHS player (a Panasonic DMS-ES35V) has S-Video out, so I hoped that it would, like, just kinda work, and it does. With composite, but not S-Video. That is, after I discovered how to switch the input, something worked:

But the video was in black-and-white, and after googling for a few days, it turns out that this is a known problem: S-Video on the VC500 doesn’t work, at least not in Linux. And S-Video is a much better signal than composite, so that’s a bummer. 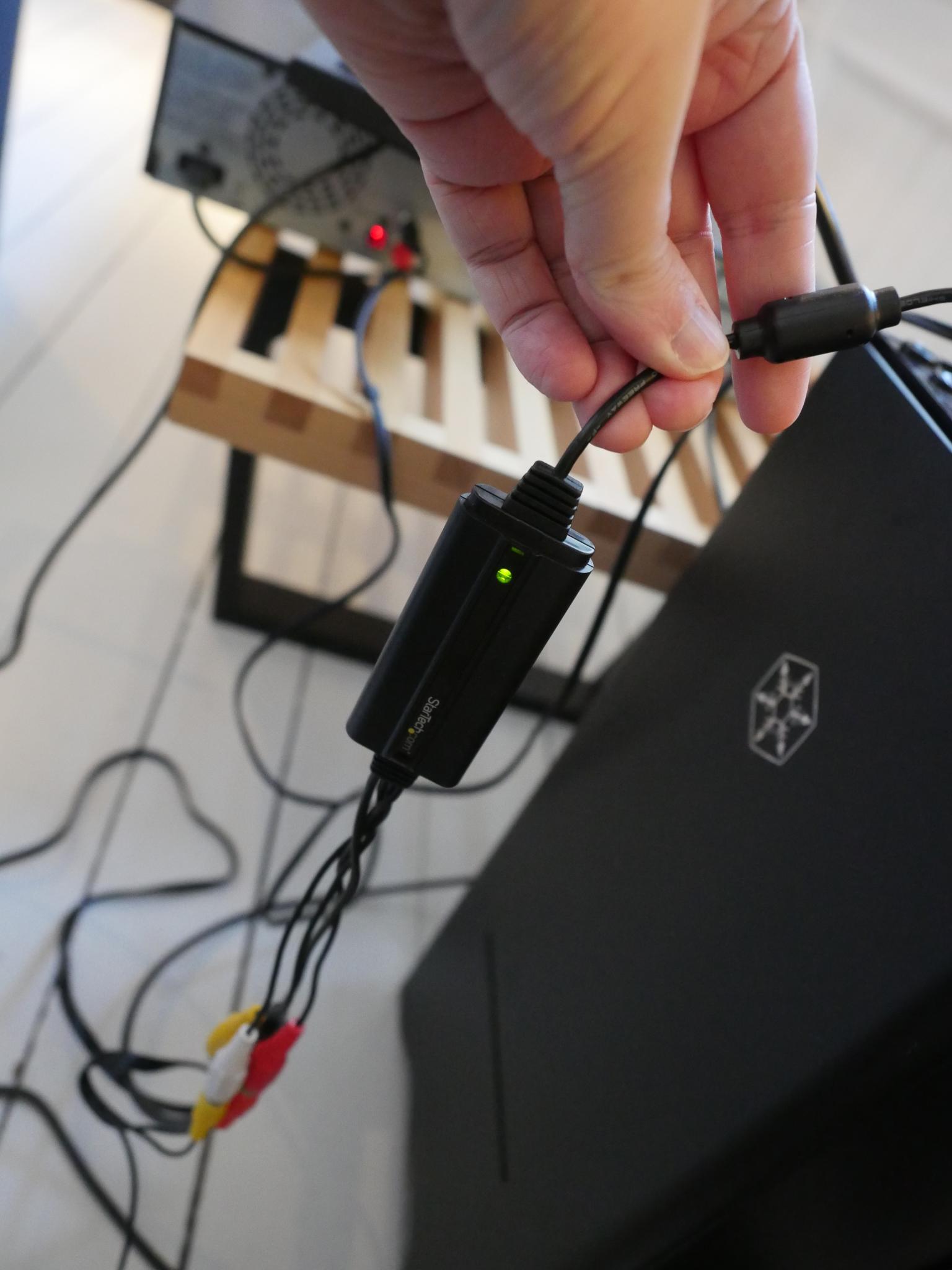 So I got another one of these dongles at random, and this is from StarCom and presents itself as

And S-Video works! However, sound doesn’t, and googling for another two days show that this is a common problem with the “StarTech.com S-Video / Composite to USB Video Capture Cable Adapter”, at least under Linux.

But audio is easy: I could just hook it up to the internal sound card, and after fiddling with alsacontrol for a few hours, I managed to get some sound out of it. 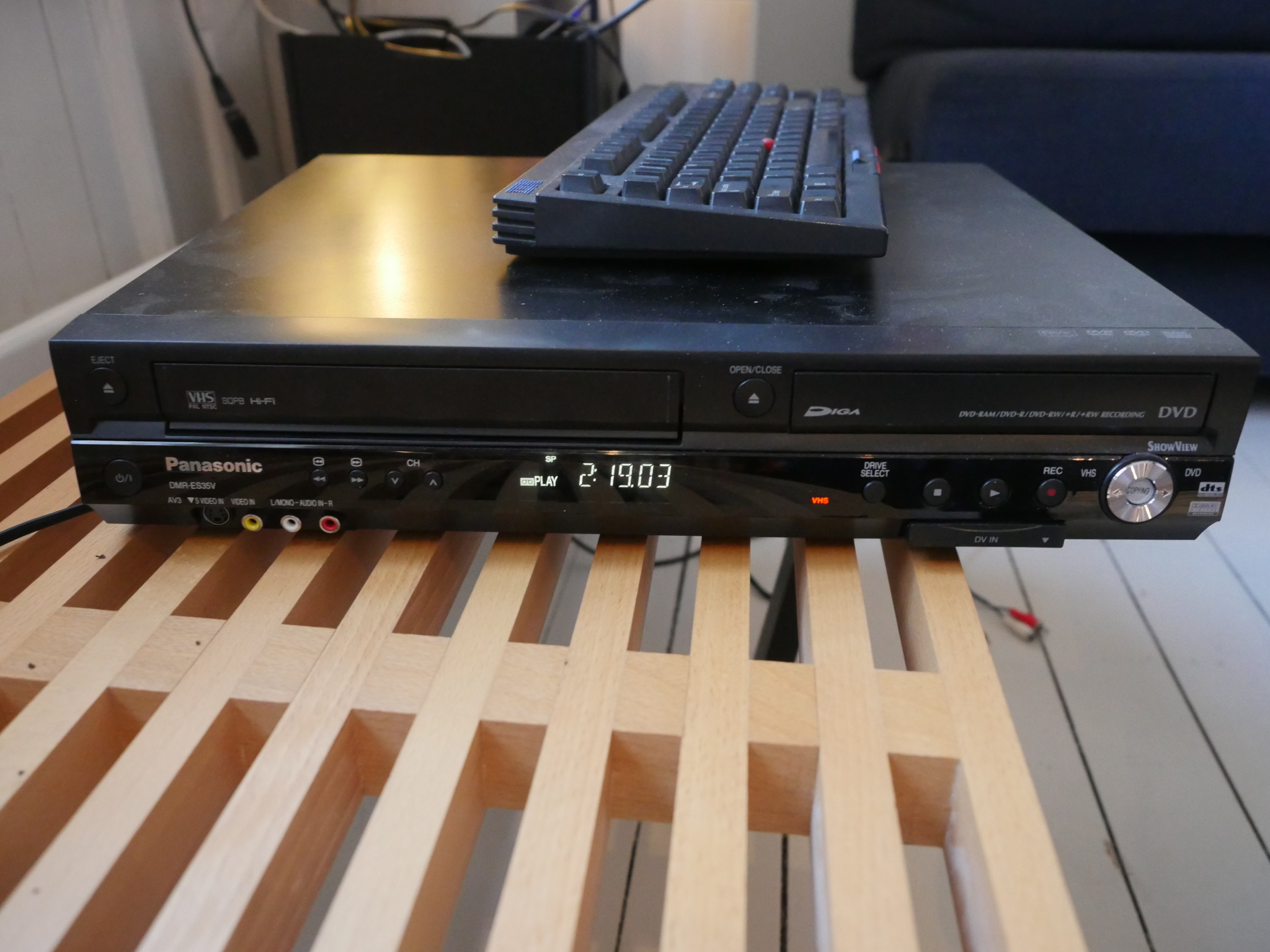 Unfortunately, I had lost the remote control to my VHS player and adjusting the tracking without it is impossible. 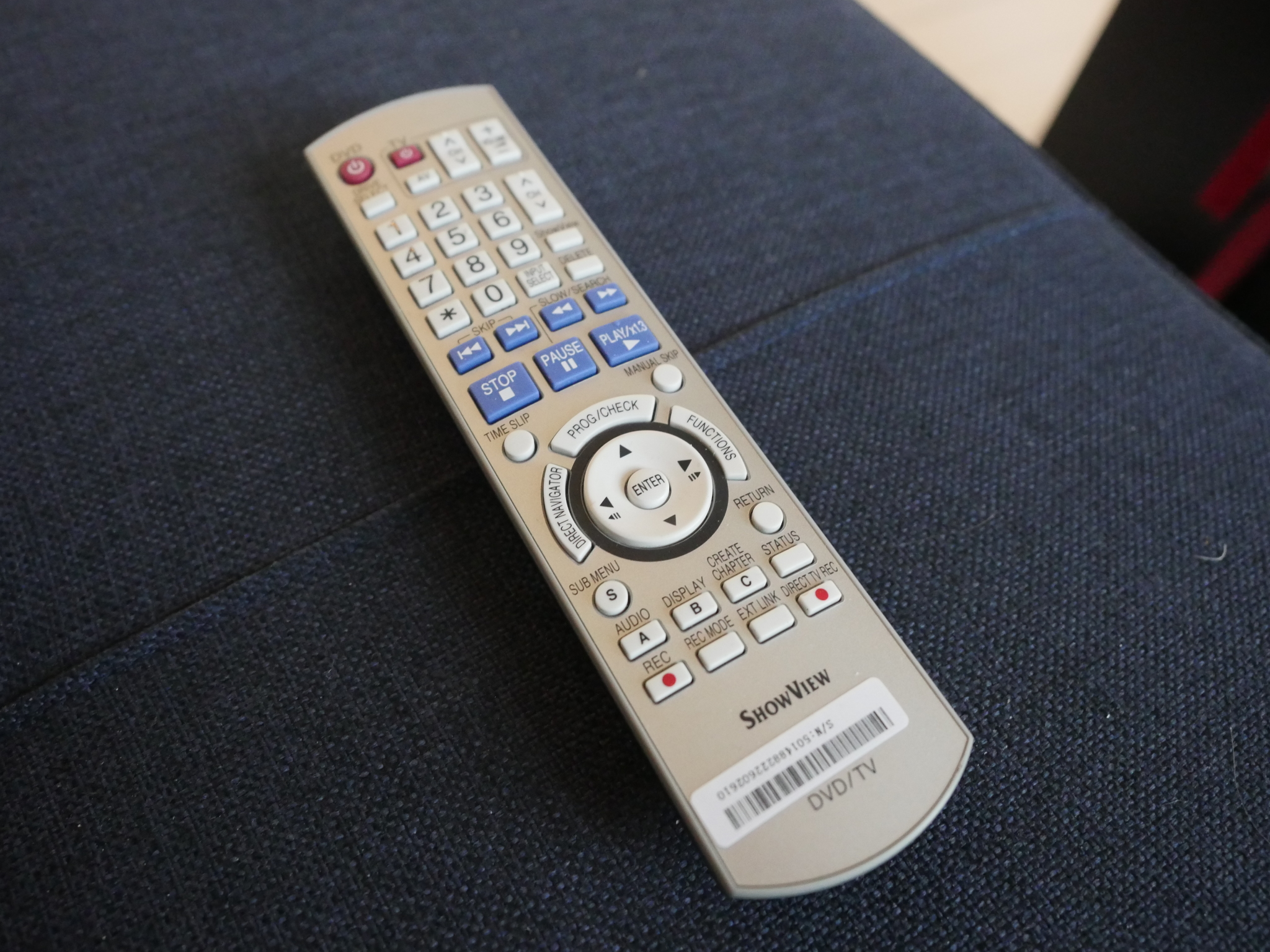 Ebay to the rescue! 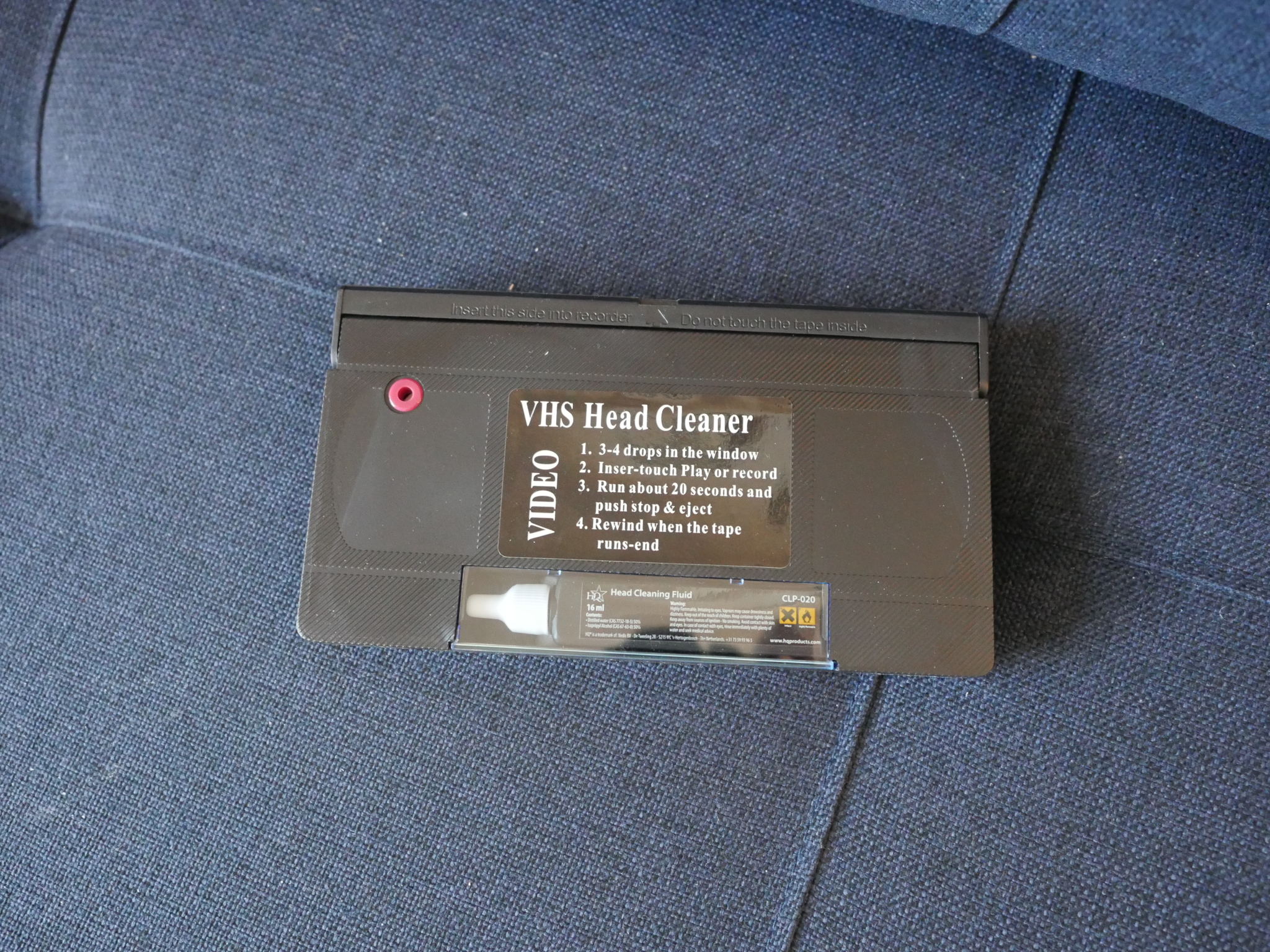 It’s amazing that things like VHS head cleaners are still easily obtainable, so I got one of those, too.

Except finding some acceptable settings for ffmpeg or memcoder to process the data and output in a format that’s good for editing turned out to require several more days worth of googling. Here’s what I ended up with:

So the codec here is ProRes. I tried a dozen different codecs, but either they were too slow (leading to drops from ffmpeg) or they were in formats that crashed Lightworks (the video editor I use). huffyuv, raw, h.264, whatever…

But this one works for me, at least.

Oh, and the “crop” thing is because the 6 final lines output from the StarTech dongle are bright green.  And I’m deinterlacing since VHS is interlaced. 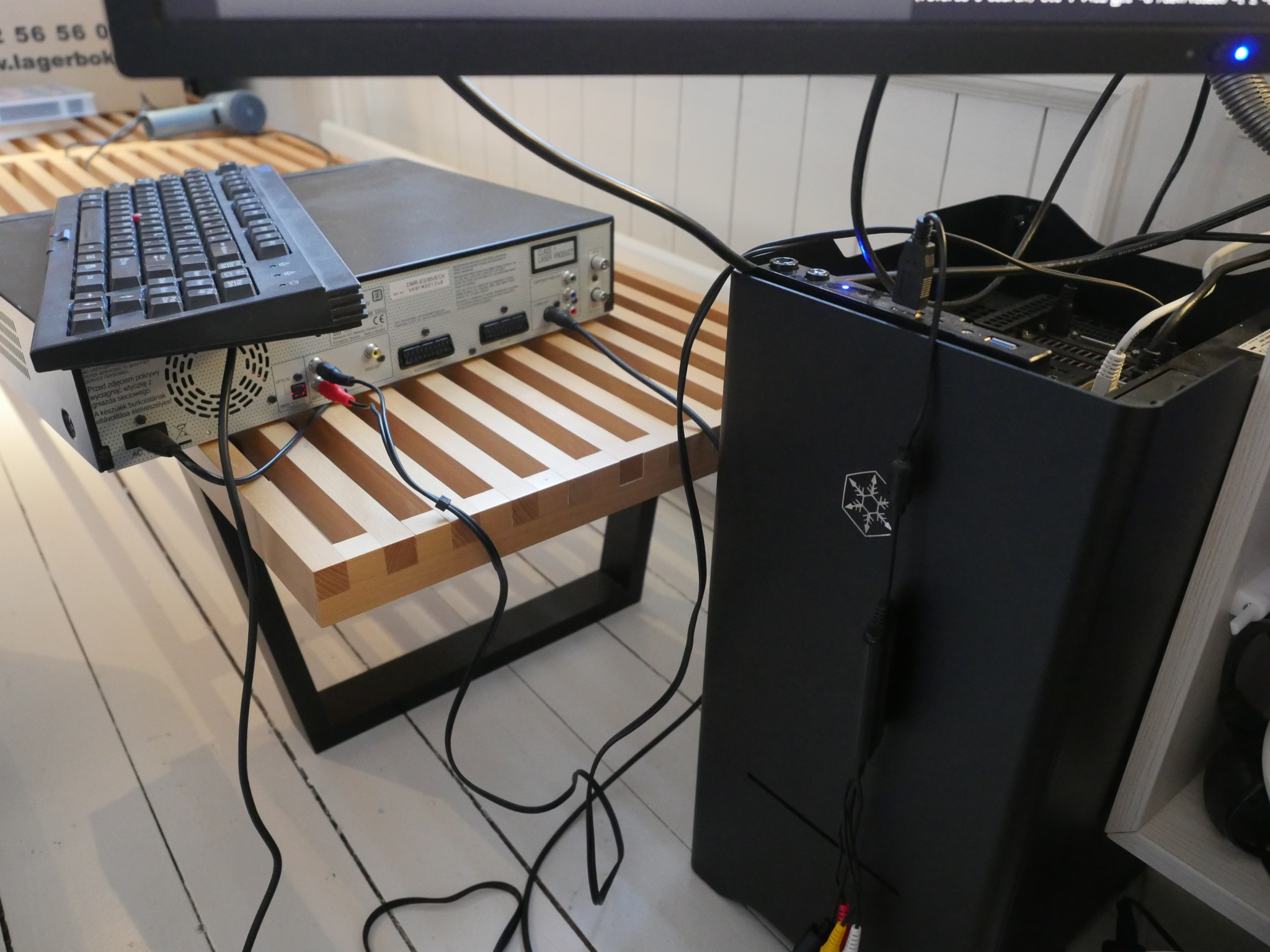 An action shot of the entire machinery. So techy.

Now the only problem is that I had to upgrade the kernel to Linux 4.12 and the machine to the latest Debian, since the support for the StarTech USB thingie first appeared in that kernel. And after upgrading LightWorks didn’t want to start. So I upgraded to Lightworks 14, which starts, but doesn’t accept the old license, so I had to buy a new license, and now the license server is … wrong (“There are no unactivated licenses available”). 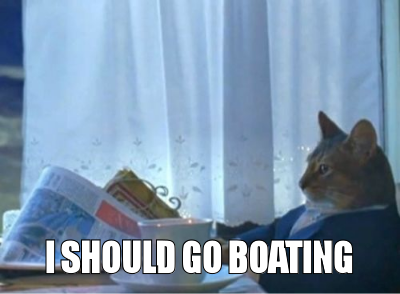 Anyway, I can use the free version for this, since 720p should be enough.  I created a new account on Youtube for this stuff, since it’s, er, best to keep it separated from the more important free jazz vids.

Hm.  Or perhaps I should just use HTML <video> things and host the .mp4 files privately?  That would avoid any Youtube hassles…  Hm…  But the discoverability on Youtube is nice.  Perhaps both?

I’ve done the first four hour tape now, and there was about 20 minutes of things that are possibly interesting.  For instance, this Kristin Hersh piece where she does four songs live in the 120 Minutes studio:

Oh, it’s apparently not possible to do simple <video> embeds on a WordPress.com site? 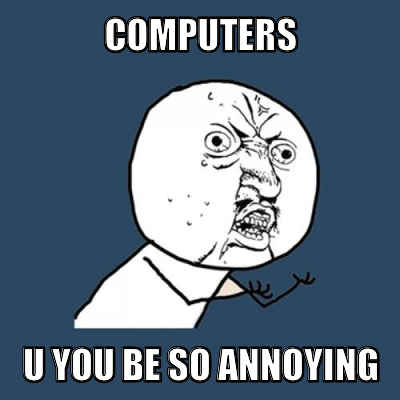 Oh, it is possible now?

Yes!  All those pages that said that it wasn’t allowed were outdated.  Apparently WordPress.com started allowing this earlier this year?