I made a web page for concerts in Oslo because reasons a couple years ago.  An evening this week, it occurred to me that perhaps I could make the page “responsive”; i.e., more cell phone friendly.

That was quite easy, but one thing led to another, and before I knew what was happening, there were logos and menus and oh my. 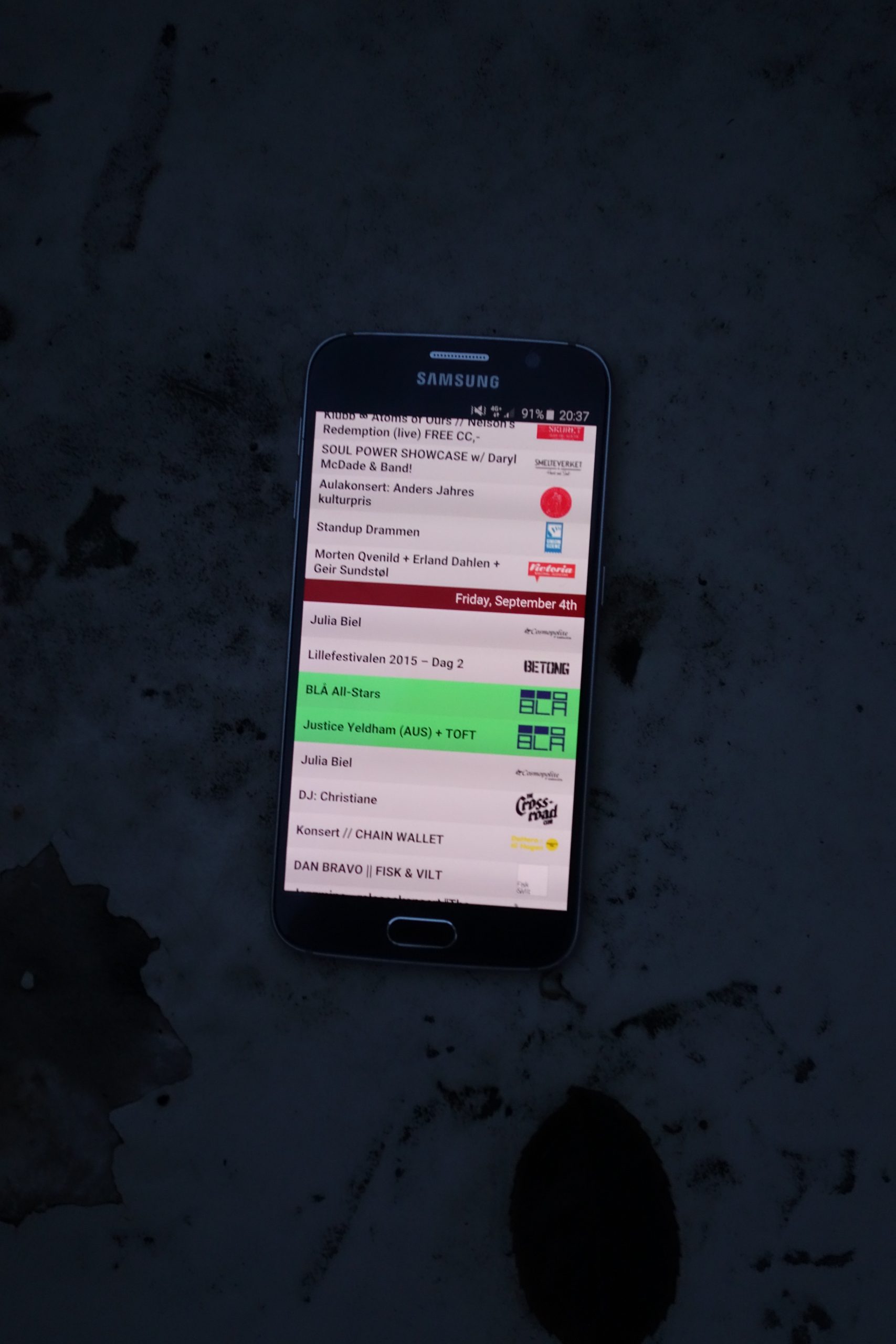 And this evening it occurred to me that I could probably just wrap the JS/CSS/thing in a Phonegap/Cordova shim.

I have to say that the Cordova people have made a pretty good system.  It’s far from perfect, but when you’ve gotten the hang of things, whipping out an app (from a web page that’s already “app-like”) isn’t a whole lot of work.

The UX advantage of having this in an app, instead of in the browser on the phone, is pretty tangible.  For instance, if you follow links to the event web pages, and then hit the back button, you’re returned to the app immediately.  If you do the same in the browser on the phone, it’ll reload parts of the page and rerender all of it, sometimes losing the position you were at.  And it’s s-l-o-w.

Why don’t they just cache the rendered representation?  That’s what I did in the Emacs web browser.  Hitting the back button is a very, very common thing to do, and there’s no reason it shouldn’t give you instant fucking satisfaction.

As for an iPhone version… I dunno.  Google takes $25 as a one-time sign-up fee, while Apple takes $99 per year your app is listed.  That seems like a rather greedy thing to do.  Especially for free apps like CSID.

And Windows Phone?  Meh.  I’ve been involved with a Windows Phone submission thing at work, and their submission process is slow and cumbersome, as well as nit-pickey.  They didn’t like the icon I submitted the other day…  For somebody who has virtually no market presence, you’d think they would make it easy to test and submit apps, but they make it amost impossible to test .xap files without having a Windows setup.

Anyway, if you’re in Oslo, or are planning on going to Oslo, and want to keep up with what concerts are going down, and you have an Android phone, search for “CSID” in Google Play.