The Gmane news spool is 97% full, so I either had to delete some Gwene stuff, or buy more SSDs. 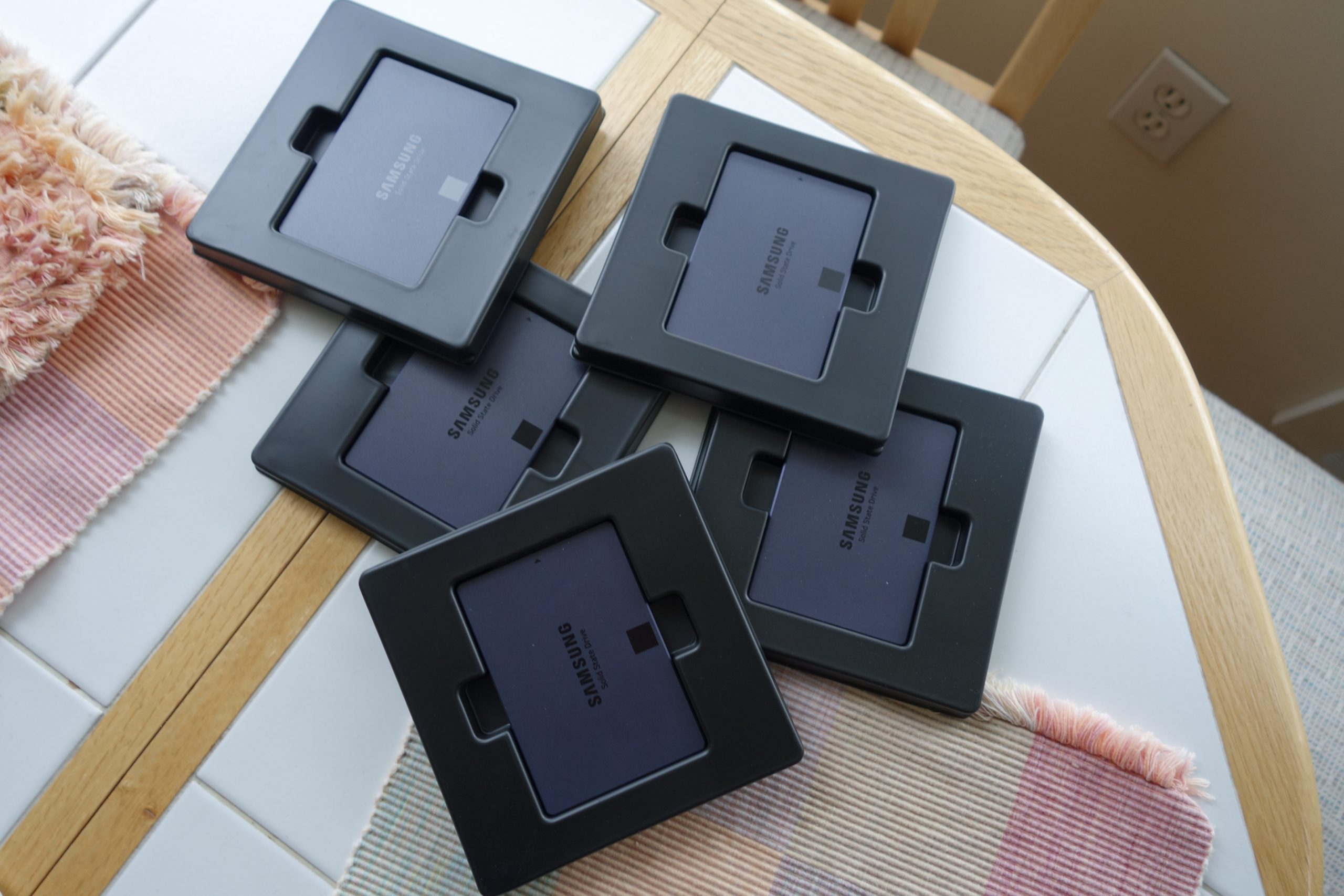 I bought more SSDs.  The current setup is 5x 512GB Samsungs in RAID5.  I bought 5x 1TB while in the US, so that gives us 2x the current size in RAID5, which should be enough for the next uhm five years? or so?

But the problem is how to do the switchover.  The last time it was pretty seamless.  I set up a new, spiffy machine with a spiffy hardware RAID controller. (See my secret diary for details.) Then synced all the articles over, and swapped some IP addresses at the end.

I really don’t want to buy another spiffy RAID controller this time.  But if I’m reusing the current hardware, there’s going to be downtime.

1) Sync the spool over to an external SATA disk.

2) Take the server down, swap in the new SSDs, set up the RAID.

3) Rsync the articles from the external SATA disk to the RAID.

2-5 will realistically take a day or so, with Gmane being totally dead while this is happening.  I think.

Hm…  or I could point the spool to the external disk while doing 3.  In read only mode.  Then there should only be a few hours downtime while I’m doing the RAID rebuild.  Hm.  Yes, I think that sounds doable…

So a few hours complete deadness, and a day or so in read-only mode.

But it’s a bit scary doing it this way.  If I were doing a completely separate new server, there would always be an easy way to roll back if things don’t work…