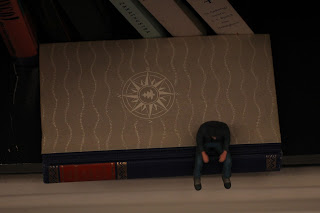 Or “The Big Sled Ride”, by Knud Rasmussen.

My mother gave me this book in 1995.  It had been one of her father’s favourite books.

My grandfather lived even more way to the north of Norway than I did.  He was a fisherman, going out on the northern seas in his boat.  Fishing…  some kind of fish.  I guess.  He died when I was ten-ish, so I don’t really recall all that much about him.

I remember going fishing with him in the stream that ran along the valley a few farms inwards from his house.  I don’t think I caught anything. 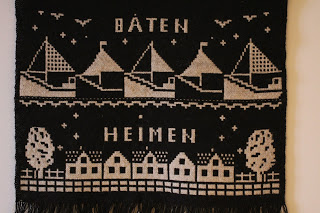 And I remember him regaling us with stories about going hunting seals on the ice around Spitsbergen.  Especially the story about the adult male, er, hooded seal?, that wasn’t quite dead and …  did…  something.  Ok, I may remember him telling these stories, but I don’t quite remember the stories themselves.  I think the seal mangled or killed somebody.  Possibly him.

Anyway, this book is a Danish book written in the early 20s, detailing a dog sled ride across northern Canada, all the way from Greenland to Siberia.  But it’s really more about the eskimo (as he calls them) peoples he encounters along the way.

He’s an ethographer, and gets the people he meets to tell him oldee-timey stories and legends, as well as stories about themselves.  He’s very enthusiastic about everything!  And uses lots!  Of exclamation marks!  But he’s a very sympathetic character, who always tries to see things from the eskimo’s side, which might have been more of a stretch in the 20s than now.

Many of the stories they tell are of joy and contentment, but there’s also the occasional cannibal story, lots of murders, and a ton of girl infanticide.  It’s not all rosey, but Knud remains firmly on the side of the eskimos.