The machine that runs my stereo is a seven year old Hush machine.  The last time I rebooted it, it kinda didn’t want to boot at all, except then it did anyway.

So I’m thinking that it’s probably going off for the fjords one of these days. 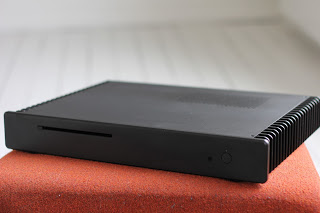 It has the same stereo-ey form factor, which is nice. 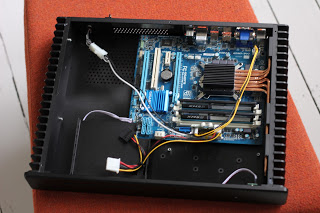 Not a lot on the inside, but it has room for the PCI sound card, which is the important thing.  And no fans, of course. 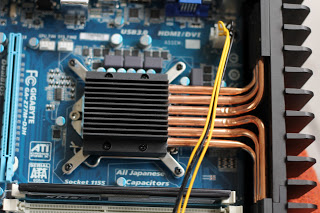 Heat pipes!  It’s a 2.8GHz Ivy Bridge machine, so it has plenty of oomph. 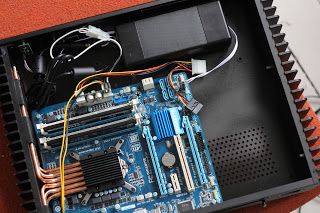 It has an external PSU, but there’s so much room in the case that I just put it inside. 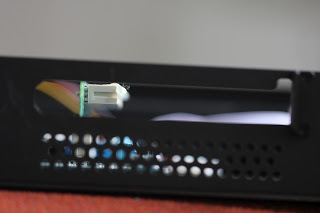 Anyway, since I had a new machine to play with, I connected it up to the CD ripping box to see whether I could get higher ripping speeds with this machine. 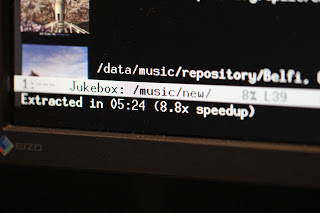 The computer says no.

So, basically, if I’m ripping straight from the SATA plugs on the main board, and I’m ripping a single CD, I get a ripping speed of 25x.

If I rip three CDs in parallel, I get 8x on each CD.

This is just pitiful.  Four years ago I got over 40x on each CD while ripping in parallel.  Something must have happened to the Linux kernel to make ripping from SATA be dog slow.

Too bad I can’t just install a four-year-old kernel.  It won’t support the new chipsets etc, so it just won’t work.