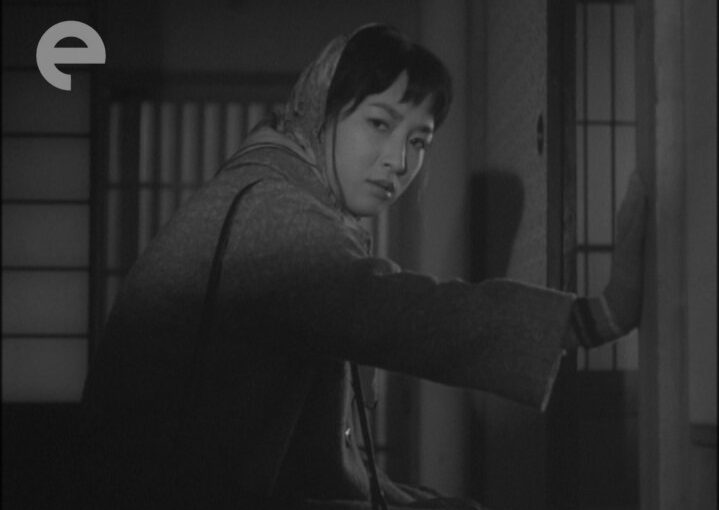 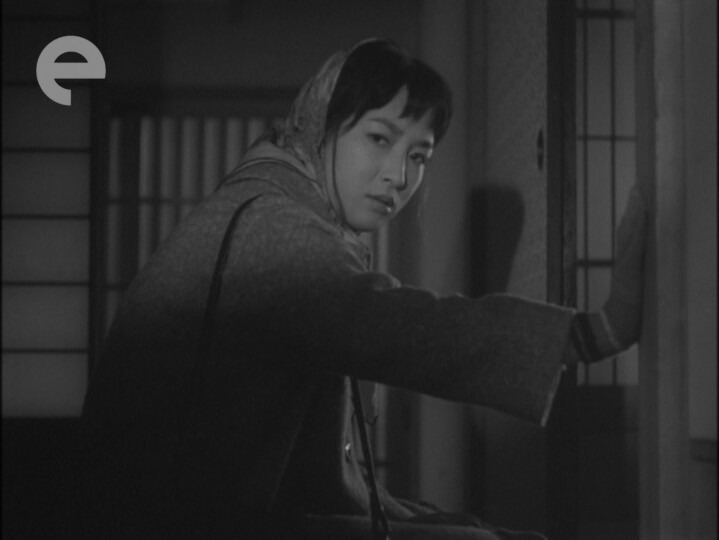 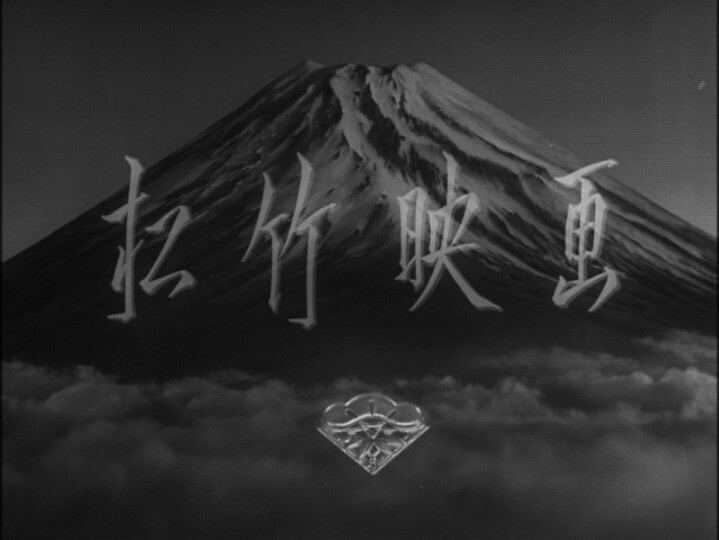 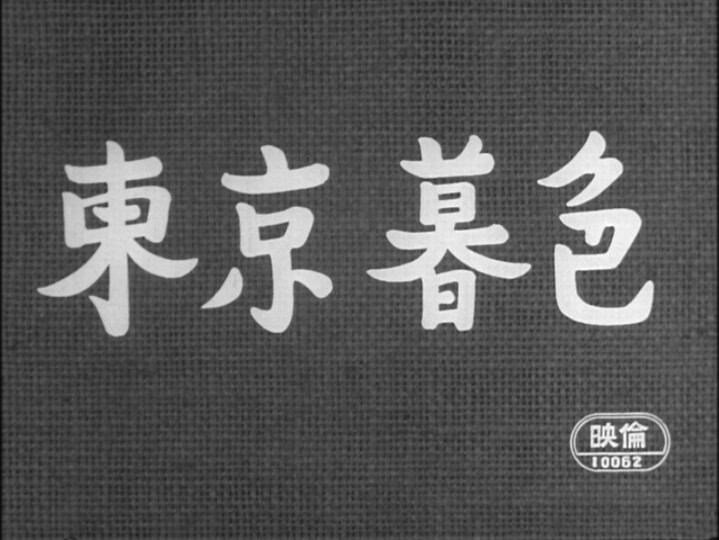 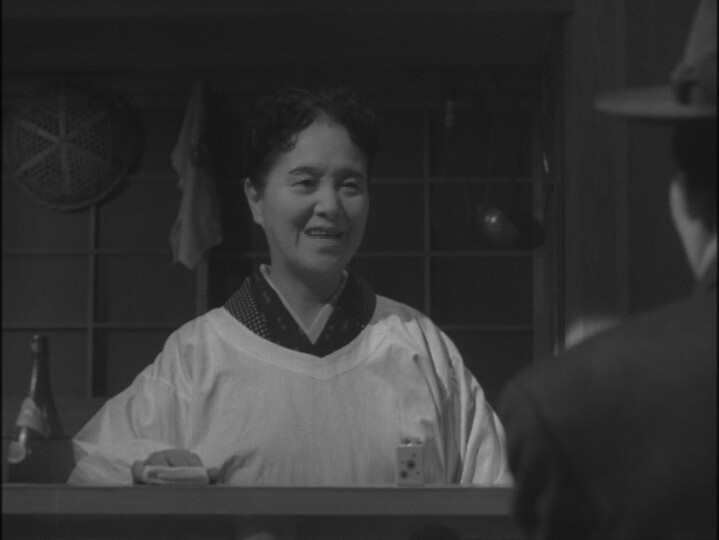 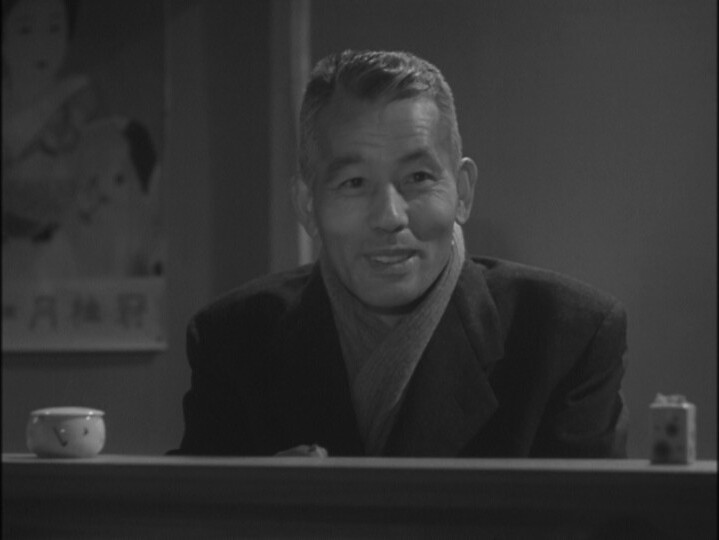 Ozu is mixing it up! This character is placed mid-shot as usual, but he’s not staring into the camera! He’s looking slightly to the left of the camera!!1! OZU IS INNOVATING!

I think Ozu has the most movies in the Criterion Eclipse series — twelve films? I enjoyed his early movies a lot, but the first one on this Late Ozu box set seemed… scattered? This is another two and a half hour family drama thing, I think. 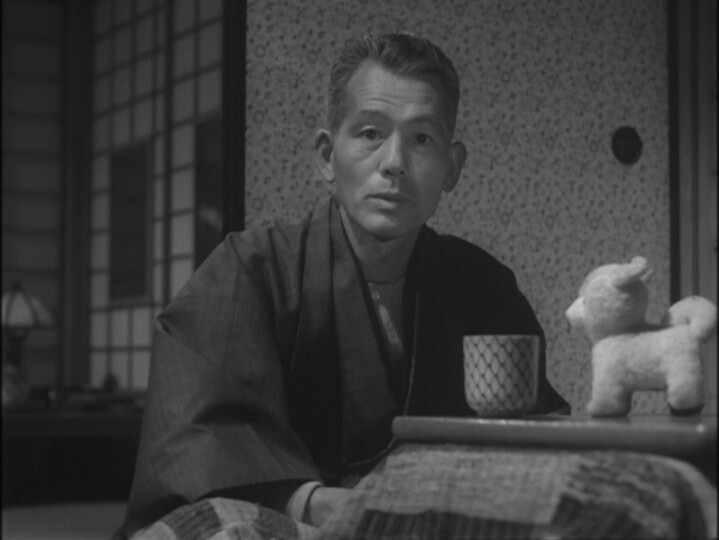 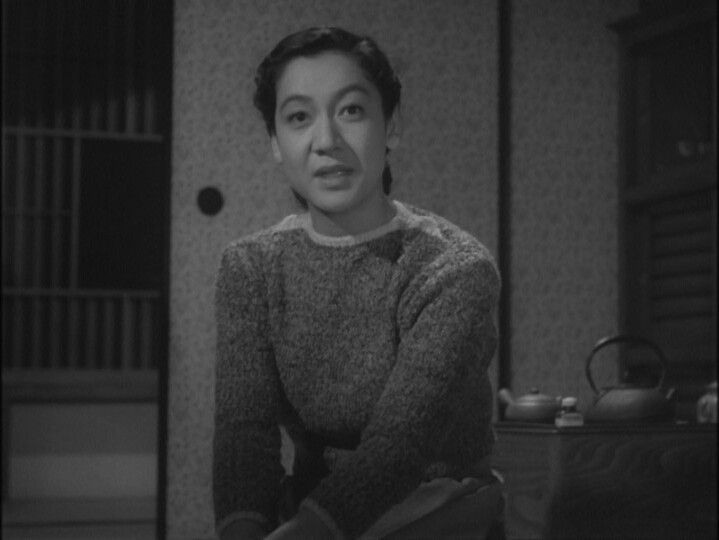 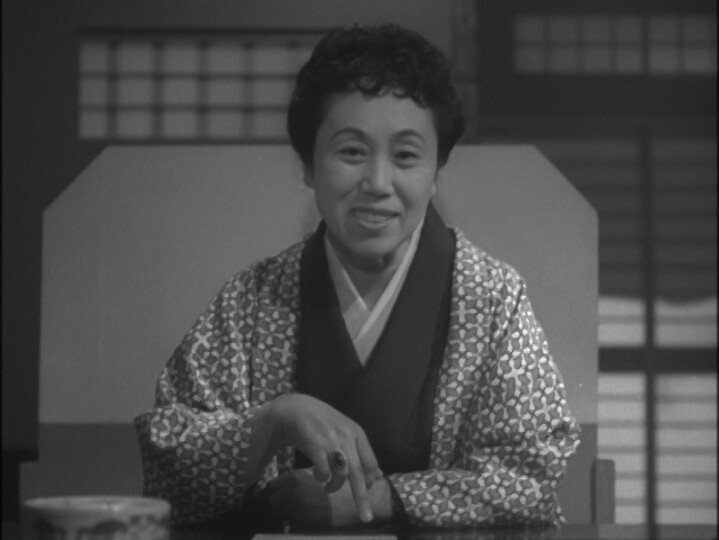 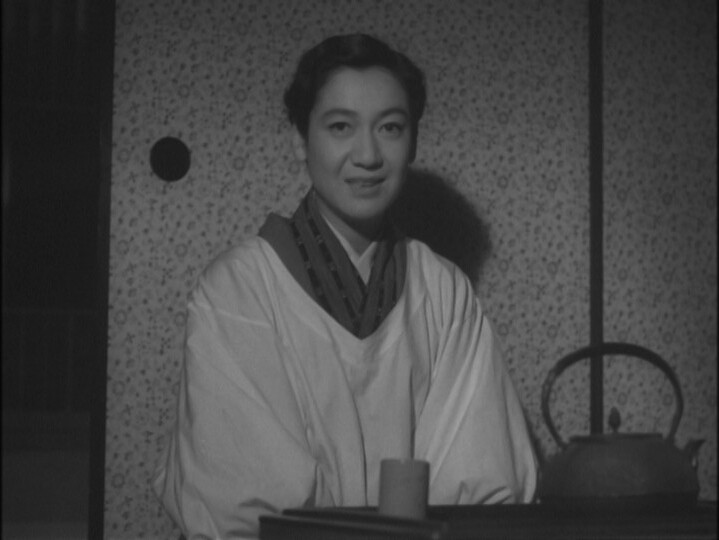 I mean, it’s Ozu’s thing — but it does feel like he’s not really making an effort in these scenes: Just doing the same shot over and over again.

And the thing is that the shot works — when the actors are compelling. The guy here isn’t really. 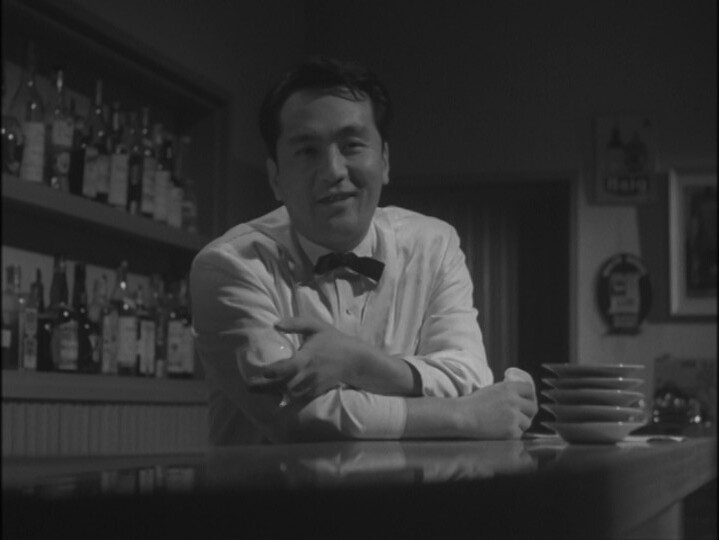 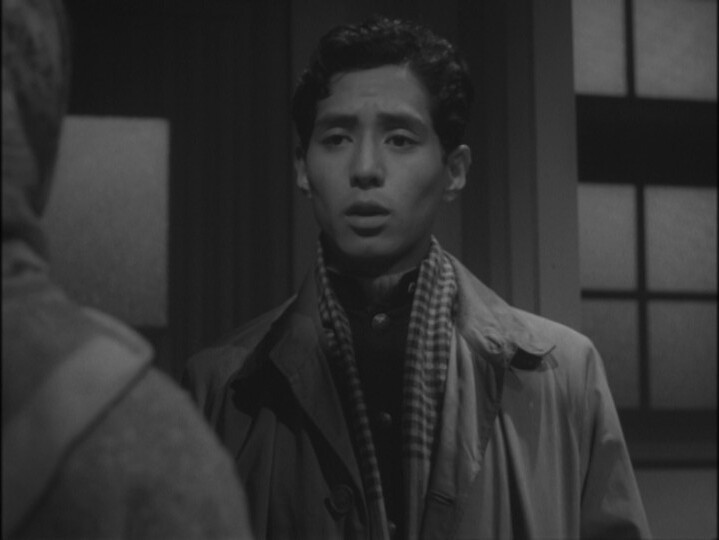 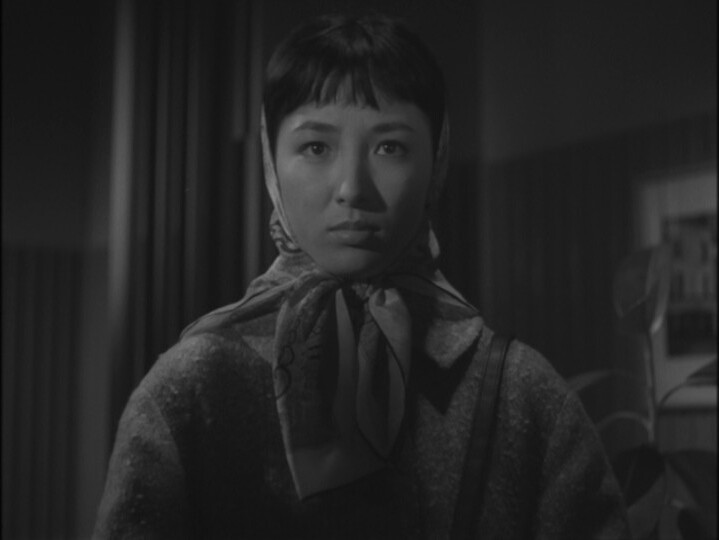 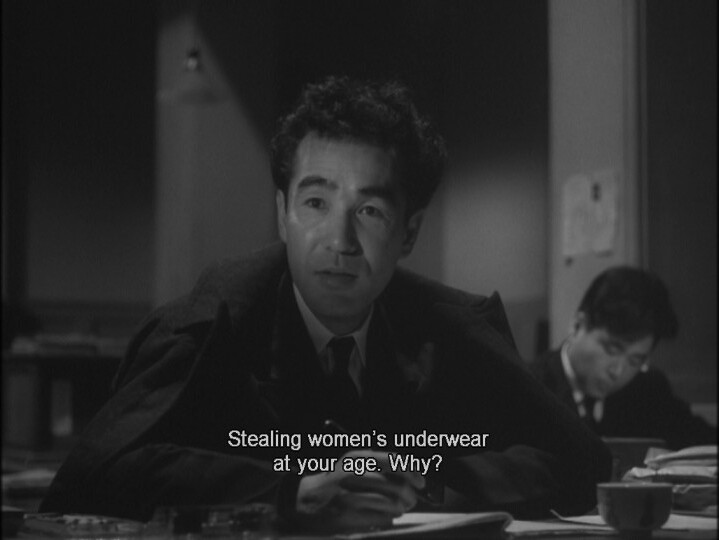 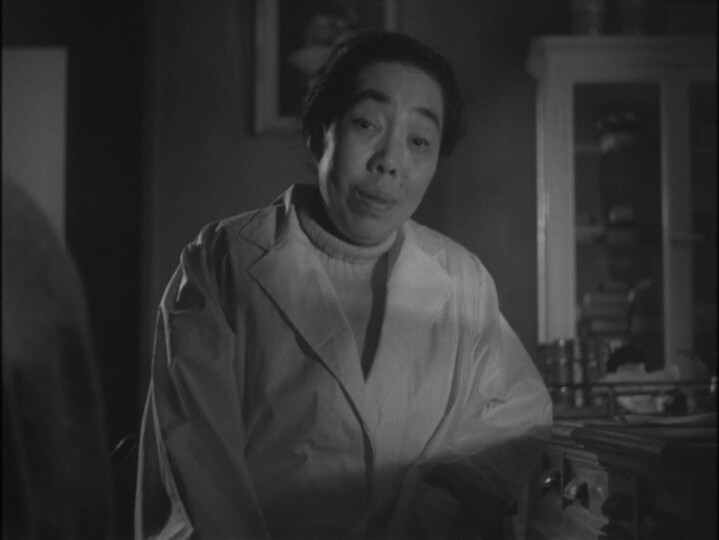 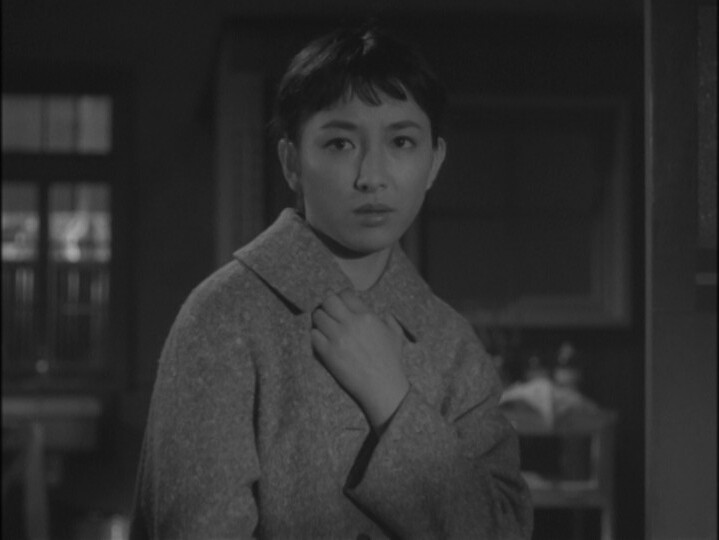 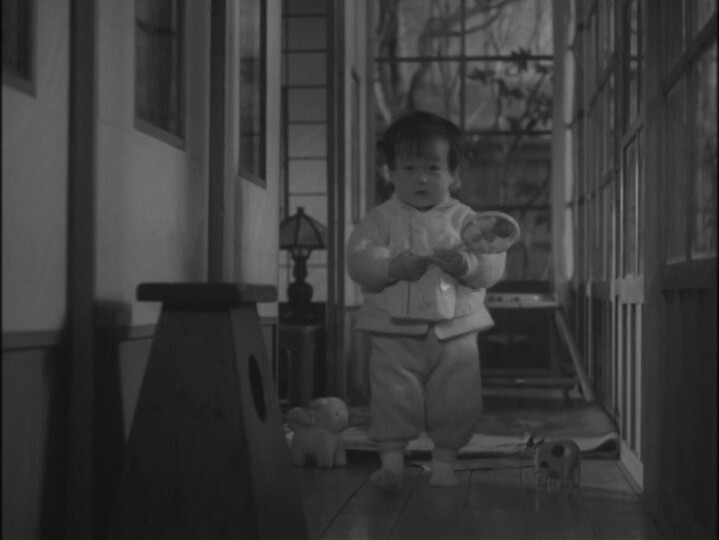 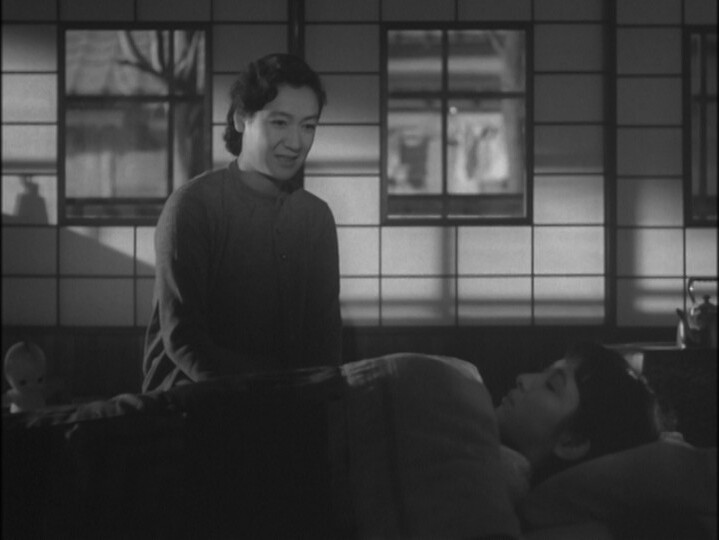 The liner notes on the DVD talks about this movie being “sordid” and how Japanese audiences didn’t much like it, but… it’s not at all? It’s depicting these characters, making their best choices, and not judging them. It’s, like, really humane? 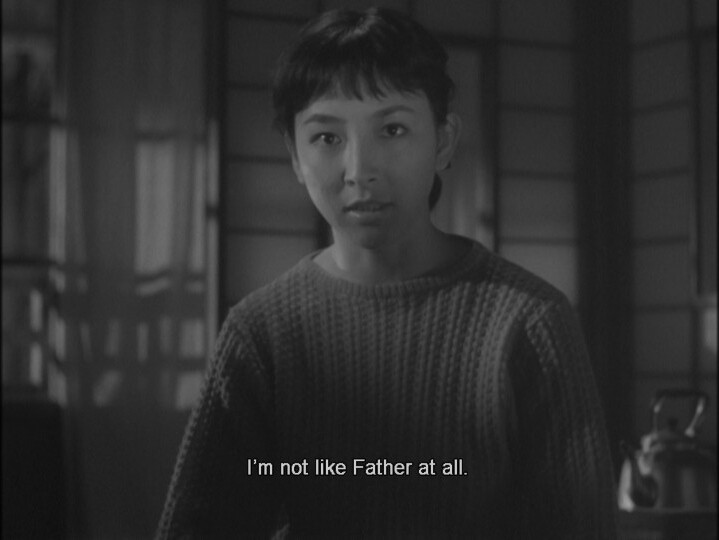 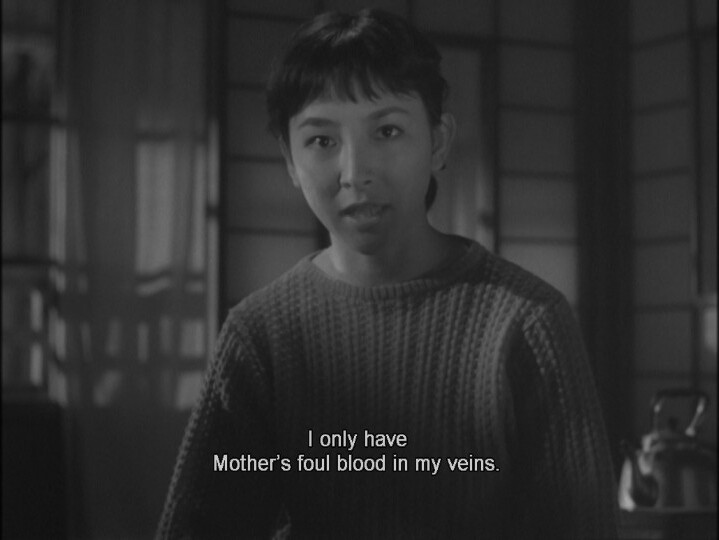 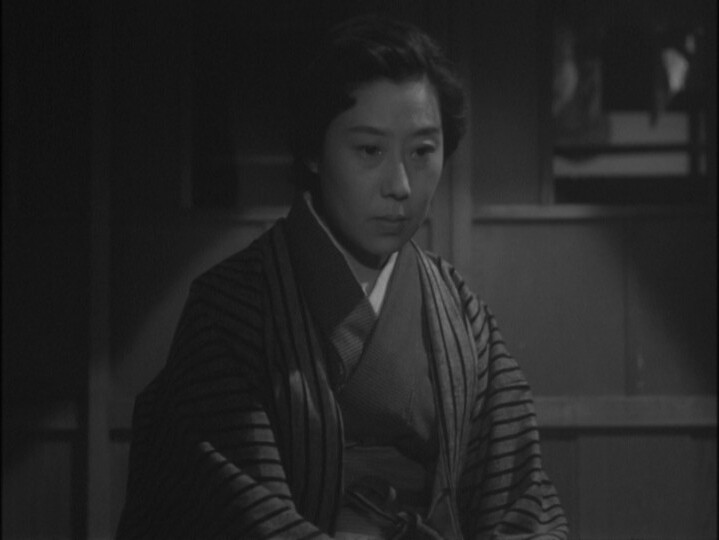 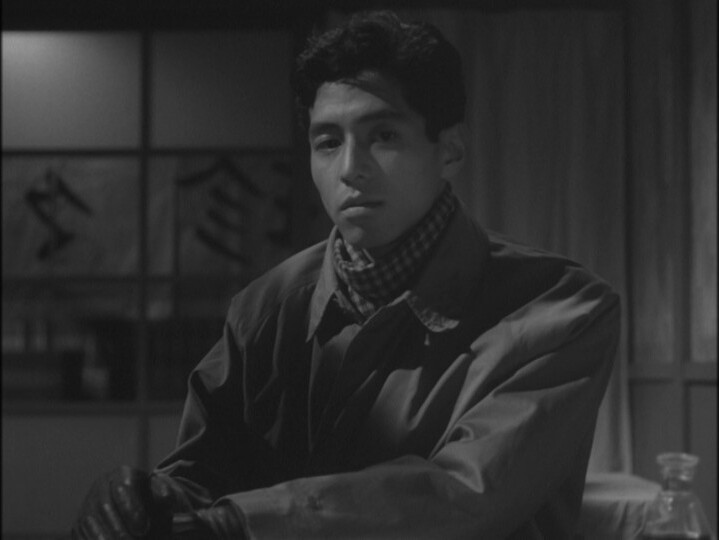 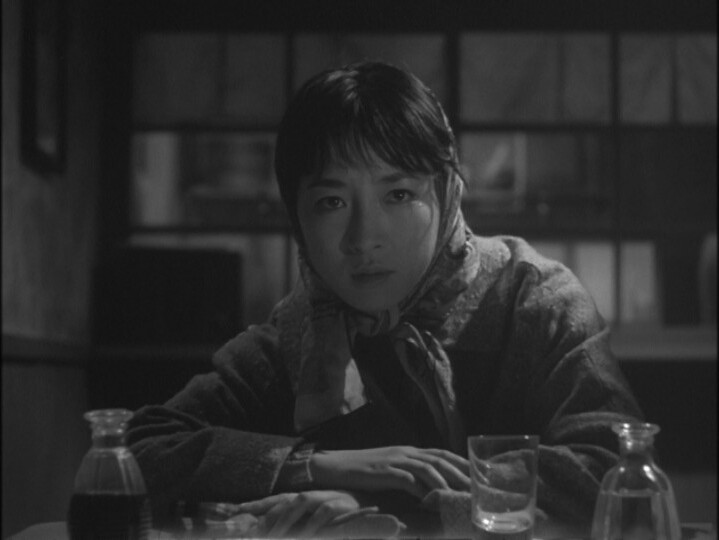 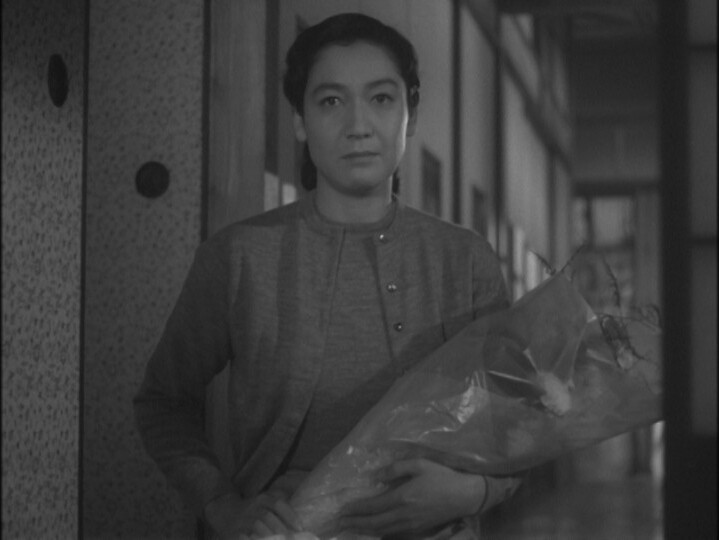 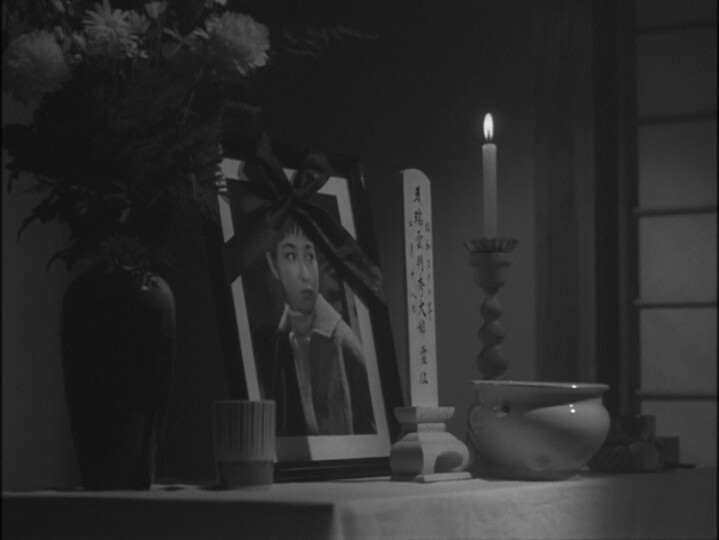 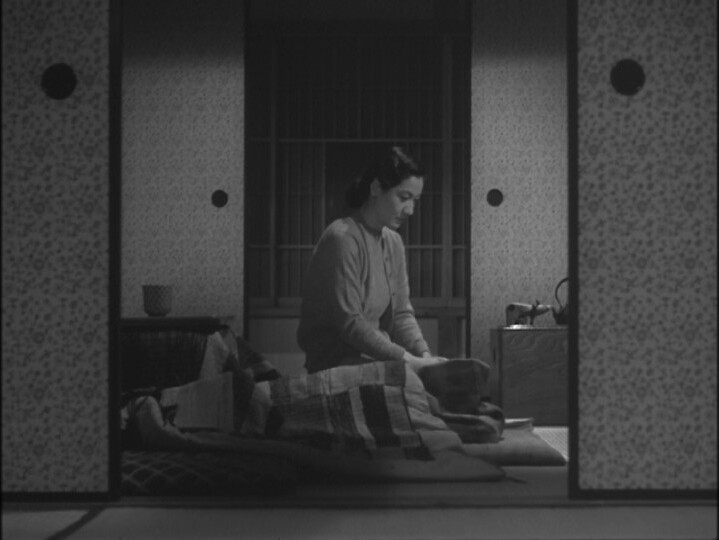 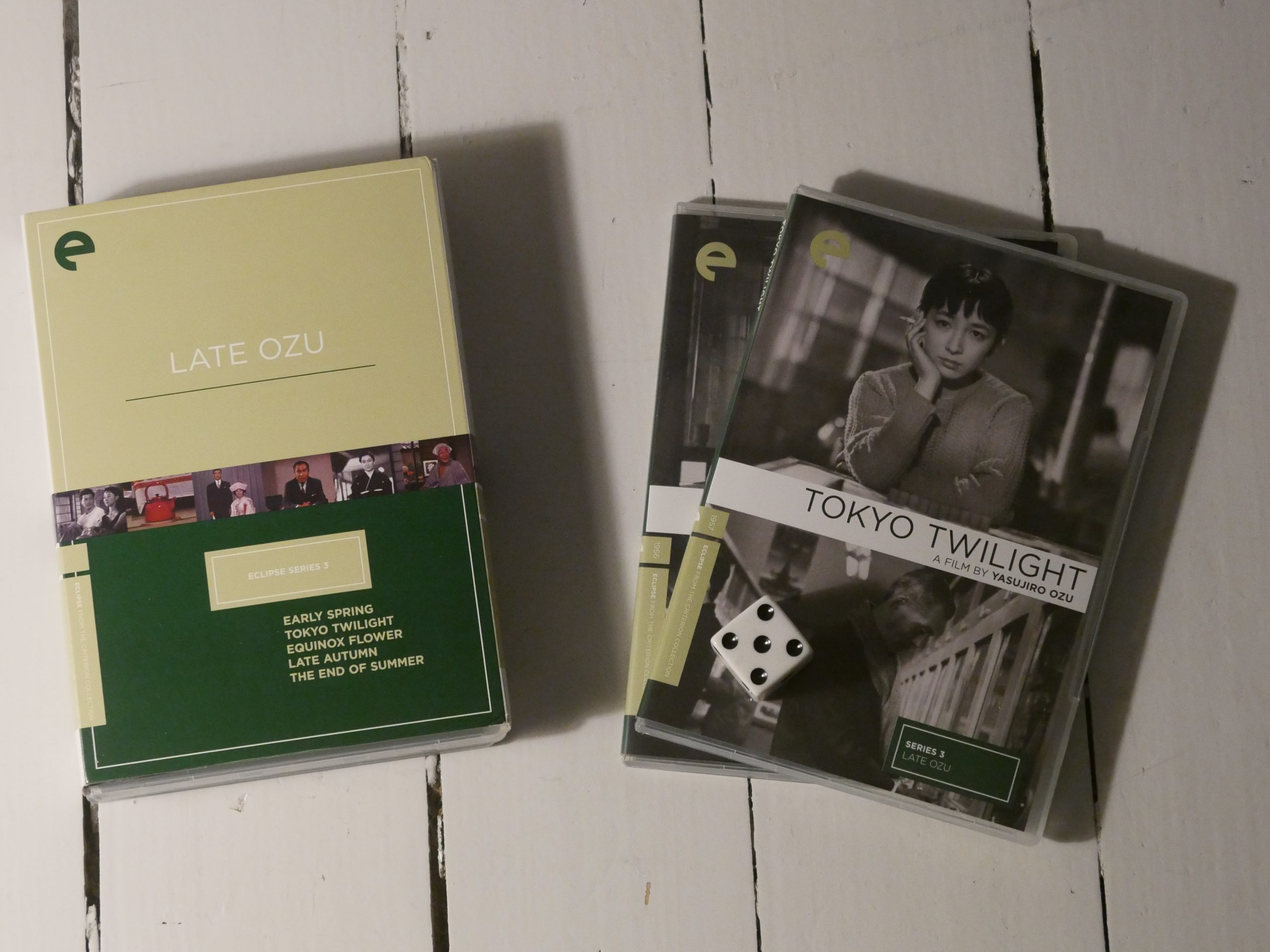