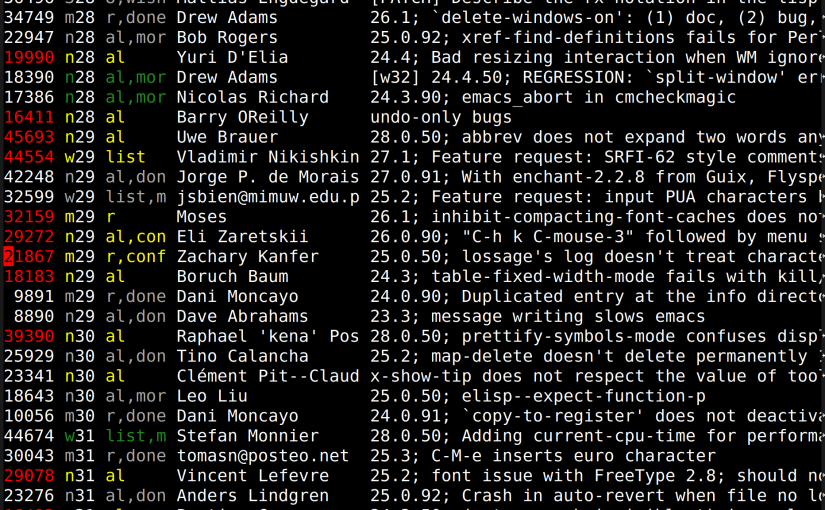 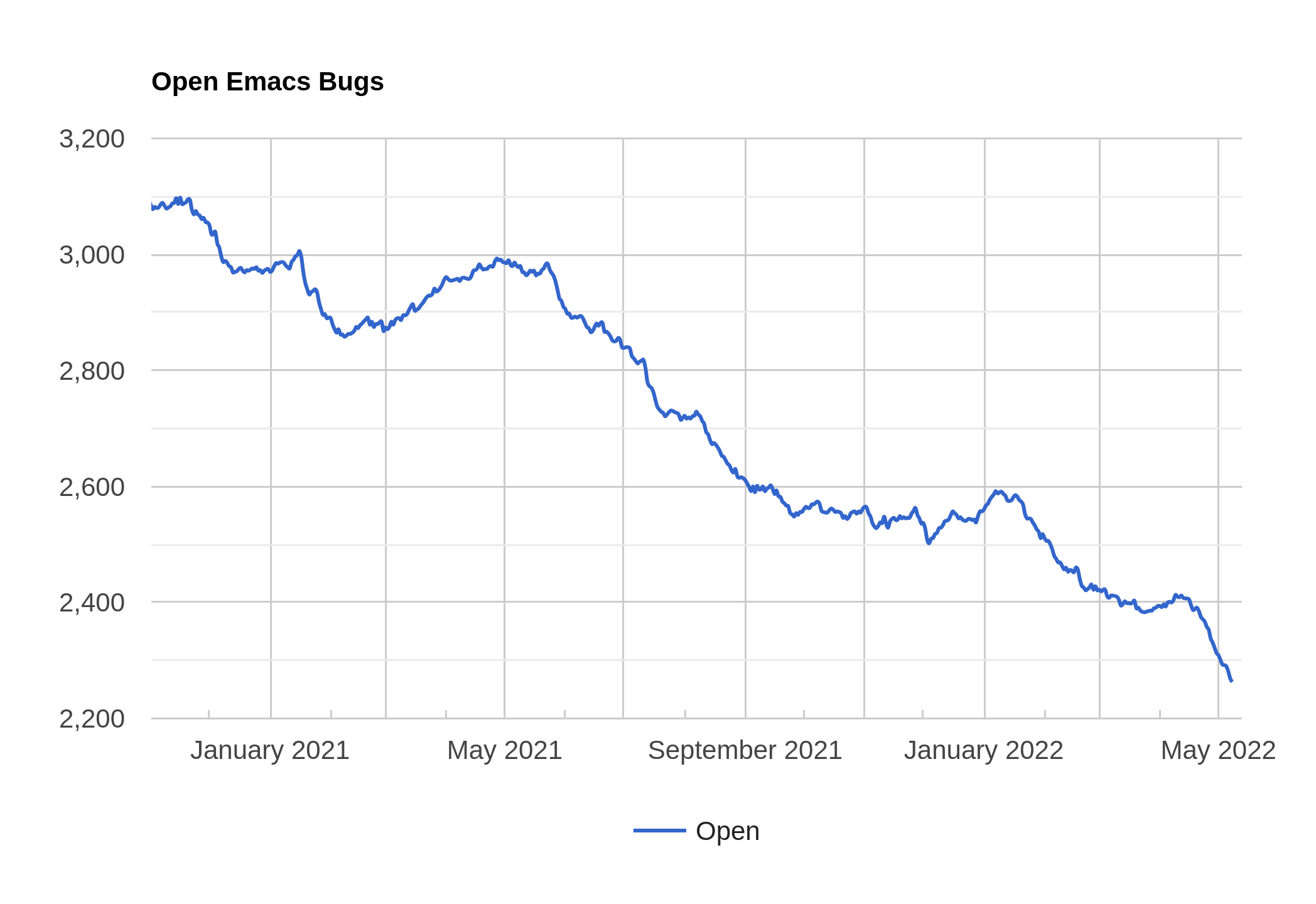 Whaa… it’s been less than a month since the last of these posts (wherein I give a report from my gamified Emacs bug tracker spelunking).

I’ve been using various ways to select bug reports to handle since I started on this back in… 2019? Yes. I started, of course, with reports about things that I had experience with (Gnus, eww, etc), but I soon ran out of things to do that way.

So instead I started looking through all bug reports that hadn’t had any responses, and then all bug reports I had been the last person to respond (they have a tendency to end with “So I think we should do <foo>, anybody have any comments?” and then nobody does. So then I would do <foo>. 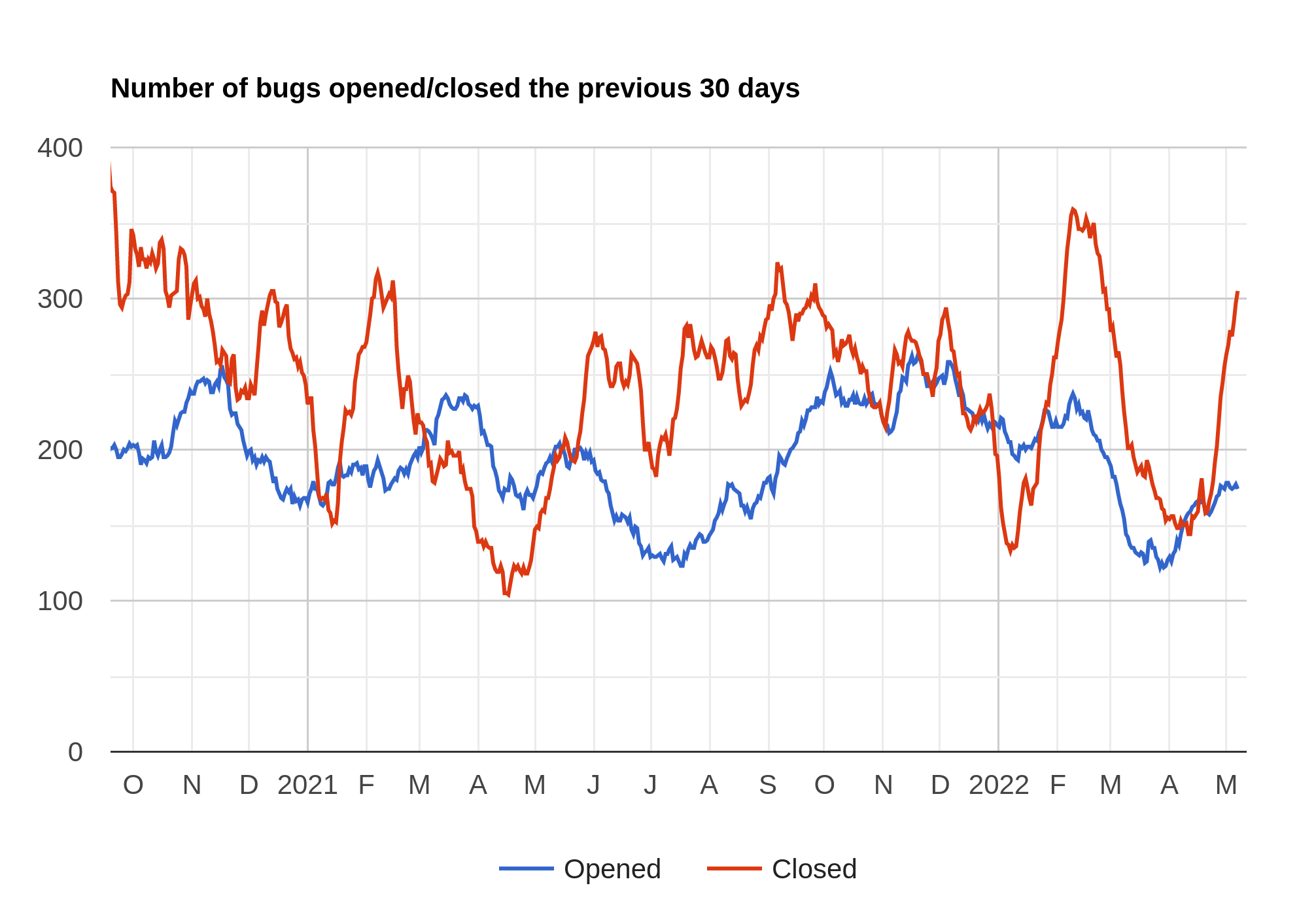 But then I ran out of those, too, so I started just sorting all the bug reports by the length of the discussion. It looks like this: 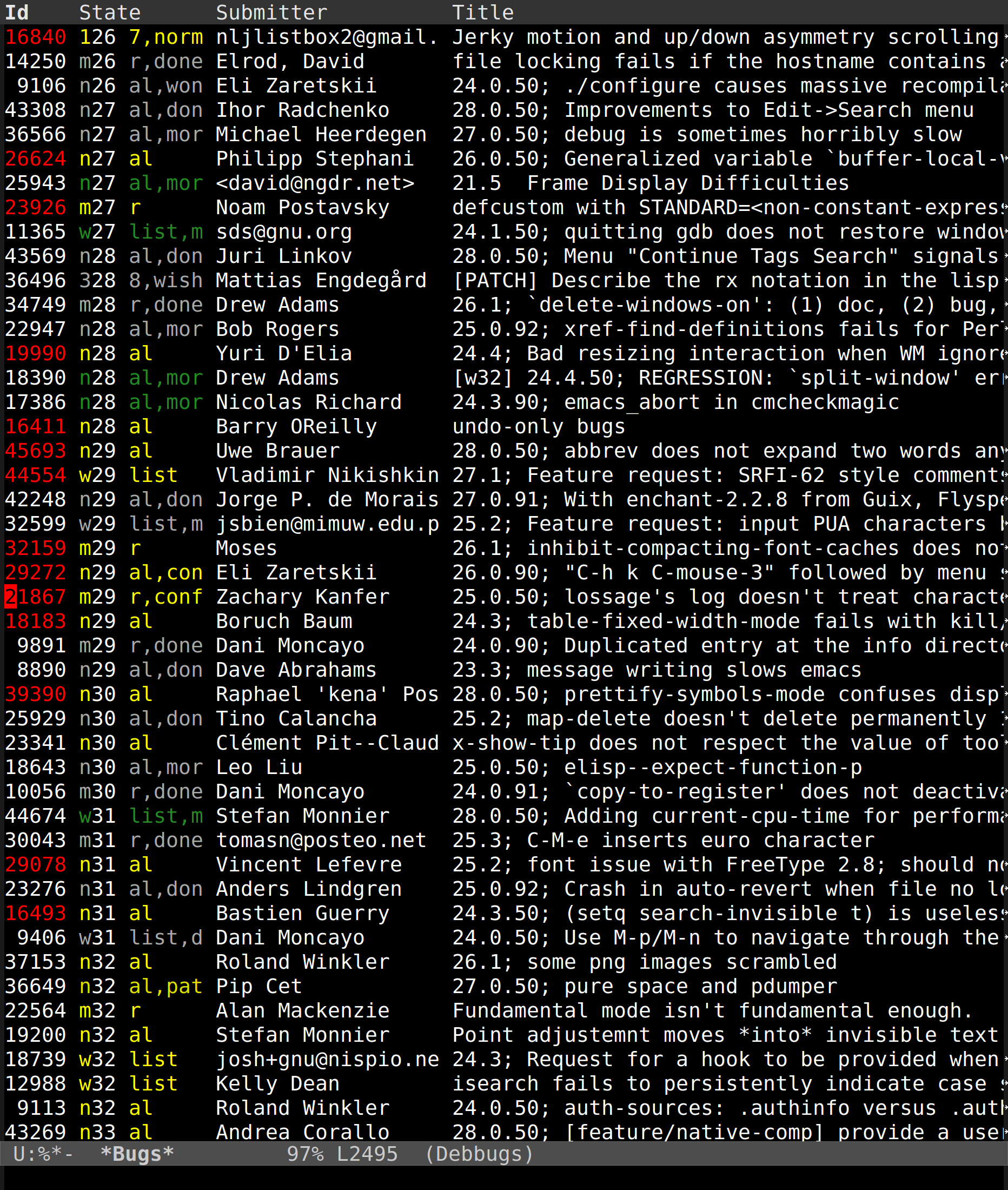 All the way to the bottom, Maggie! (Severed Heads Sample)

I made it all of the way to the bottom, Maggie!

The longest bug thread had 135 messages.

It turns out that, contrary to what I had imagined, many of those well-discussed bug reports had actionable conclusions: That is, after discussing something back and forth for a couple of years, the conclusion was that indeed we should do <foo>, but then nobody did.

So I did that now, which explains why this is the speediest ten-percenter in quite a while:

Of course, reading those threads too some time, but figuring out what to do usually takes more time.

Anyway, that means that there aren’t really anything big new feature to report this time over (except that Tree Sitter has landed on a feature branch), just a buttload of bug fixes and small new features. Here’s some of them:

Emacs now has an -x switch designed to make scripting easier. With the above, you can do:

Emacs almost had this capability before, but it was a bit messy and not very convenient.

When trying stuff out in Emacs, you want to be able to restart Emacs conveniently so that you can see that things work as you want them to. A new M-x restart-emacs command now makes things easier.

My mission to make the help buffers prettier and easier to read continues, and menus which used to be explained this way…

… are now displayed this way:

You can now also edit variable values, and you can keep the *Help* window selected (without popping to other windows when clicking on buttons in that window).

C-h m has also been reformatted. It used to look like this: 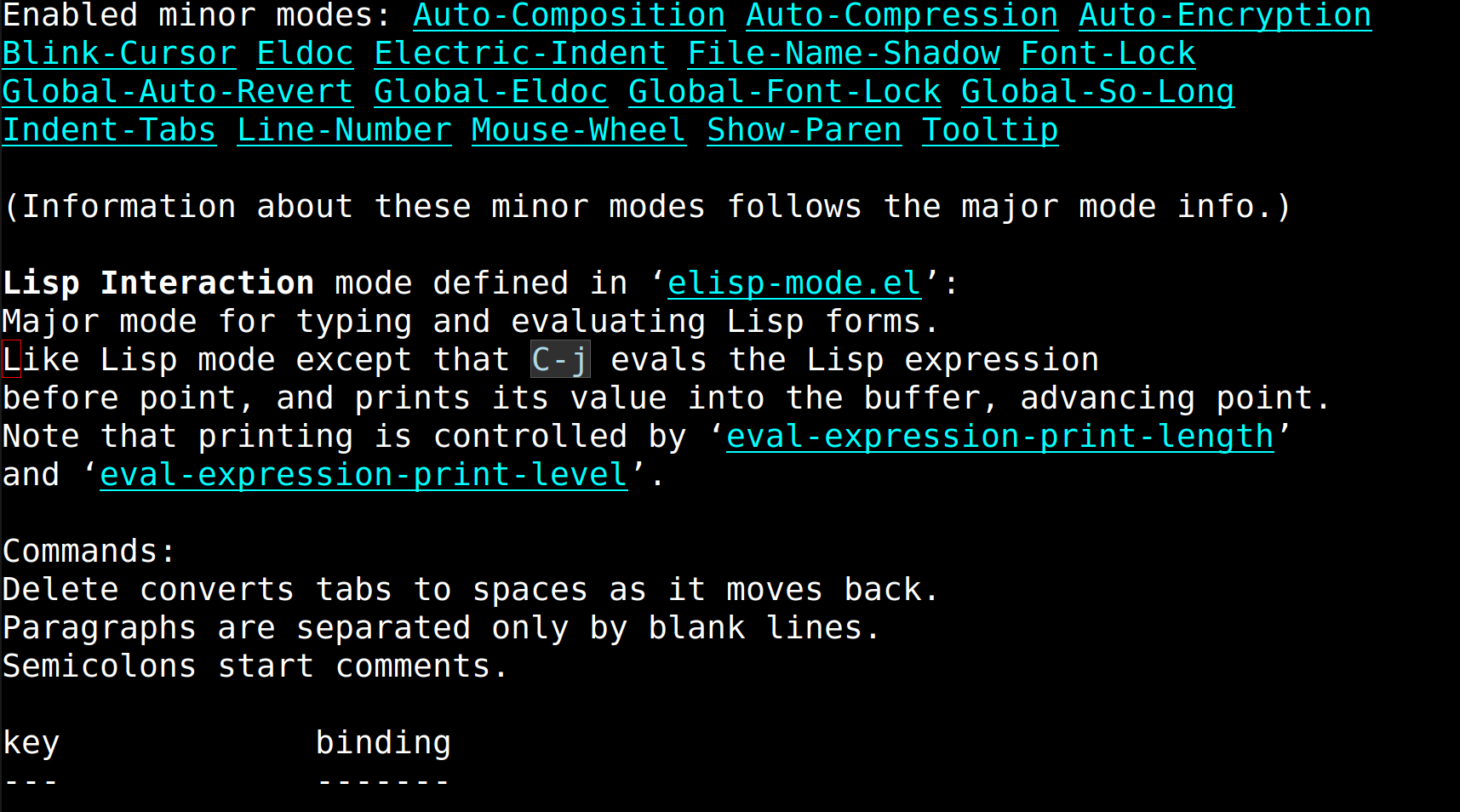 I.e., that endless list of global minor modes has been moved to after the major mode.

OK, I’m not going to go through the entire NEWS file; it’s just smaller items like this:

Lots and lots of teensy stuff. (As well as a buttload of bug fixes; about 30 commits per day.)

Well, onward and upward… literally. Because I’m now making my way back up again in the list, going through the reports I either skipped going downwards, or just missed (due to a buglet in debbugs-gnu: it didn’t sort merged bugs stably, so they appeared arbitrarily at the point of one of the bug reports in the list, so I missed them, at random, when making my way down the list).