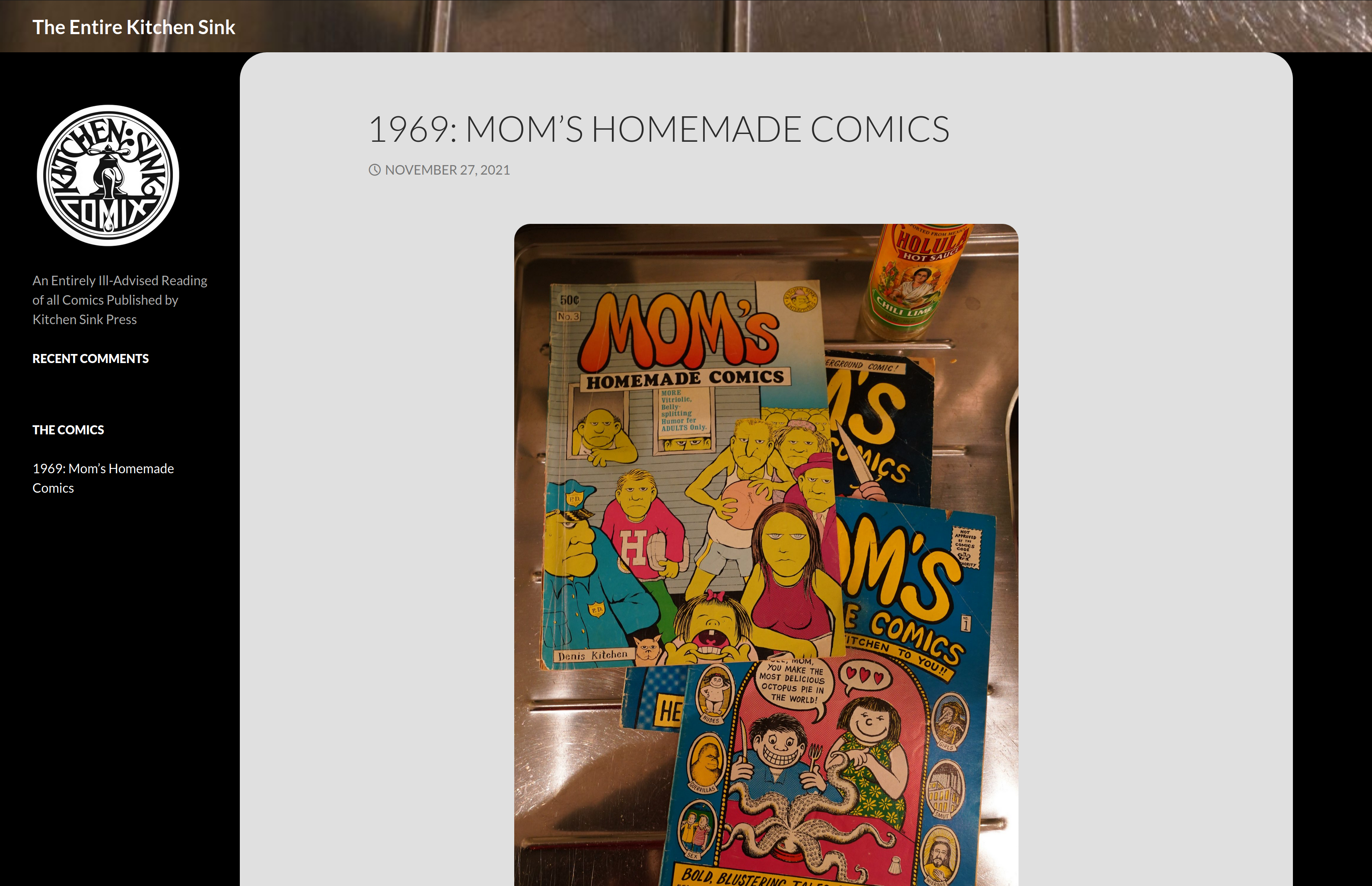 I’ve been doing various blogs where I’m reading old comics and then typing some random musings about them. I know, odd, right? Most of them have been about 80s American comics companies, because I think that was a pretty interesting era in comics, and because somebody should.

So I’ve now gotten to Kitchen Sink Comics/Comix/Press/Enterprises, and it’s probably going to be the last of these blog series… because I don’t think there’s any major alternative 80s publishers left that interest me?

And, of course, Kitchen got started in the 60s and lasted until the 90s, so this blog series is a bit more extensive chronologically.

Since this is going to be a long series (at least 200 posts), I’ve forked off yet another WordPress site: kitchen-sink.kwakk.info. Two reasons: It’s just nice to have a separate design and look, and… I’ll be covering titles like Bizarre Sex, and you know this is a family oriented blog! Good lord!

I’m aiming for a post per day, but there’s probably going to be some slippage, since some of the titles require extensive reading (I’m looking at you The Spirit).

So join me as I take a final trip back to olden comics days… or not. Up to you!