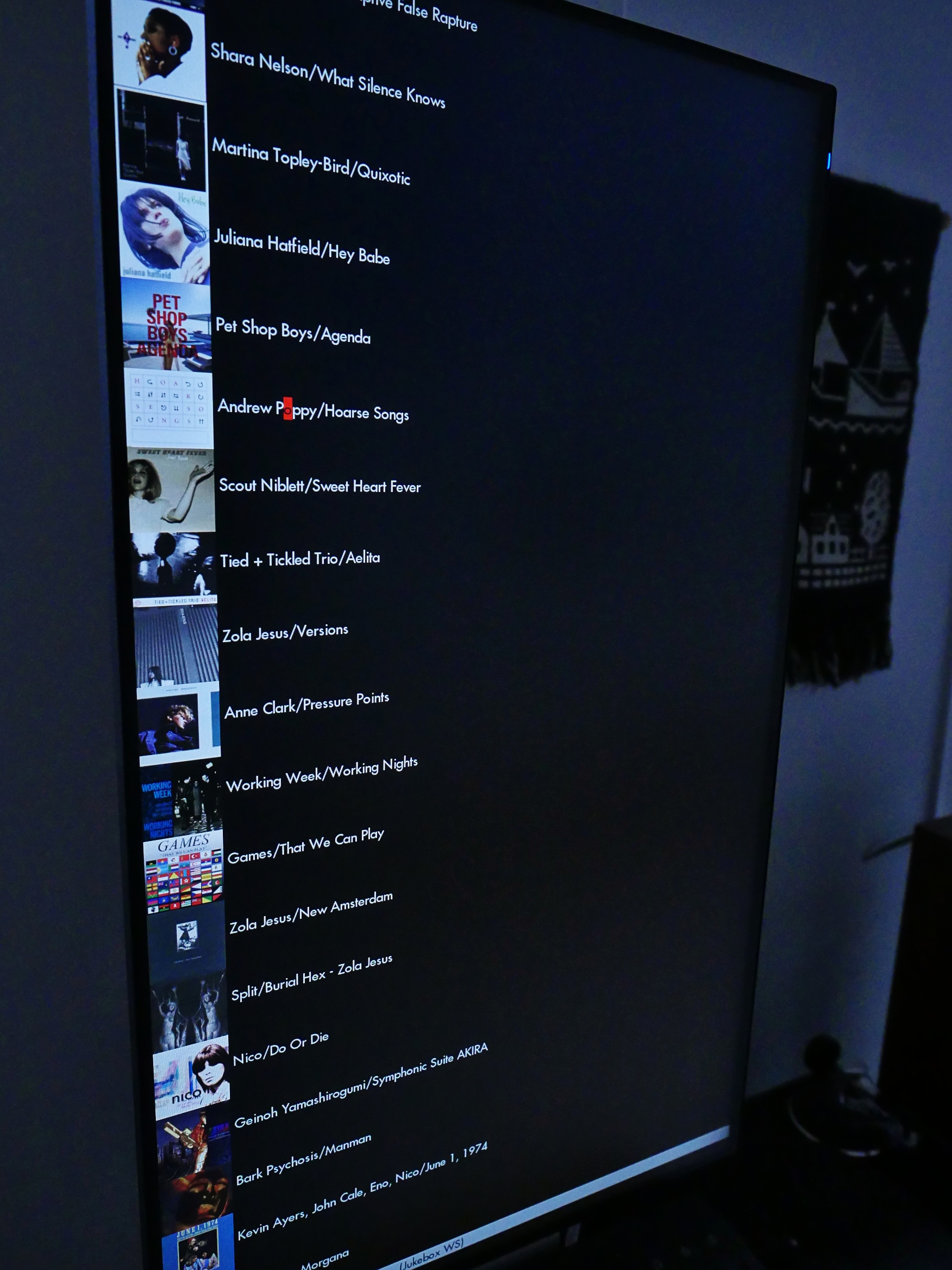 As a data scientist, applying machine learning to my listening patterns has led to this quantitative analysis of the albums of the decade. I can therefore reveal that these are officially the best albums released during the previous ten year period:

Or rather, I had Emacs tally up which albums I’d listened to most over the previous decade. However, that just led to the oldest albums winning, of course, since they’ve had most time to be listened to.

So I experimented with various way to apply decays. The question is: If I listened to an album ten times per year since 2010, is that an album that should have the same rating as an album that I’ve listened to ten times this year? Probably… not? My default mode of listening is to direct Emacs to play me the newest music I’ve bought, so I listen to almost all things I buy 5-8 times, whether I like them or not.

Like any data scientist, the solution is obvious: Fiddle with the hyperparameters until I get a list I kinda agree with.

The result is above. The album I listened most to was 50 Words For Snow by Kate Bush at a whopping 50 times (which ended up as number 6, but was bought in 2011), and the winner here, Dani Siciliano, I’ve only listened to 28 times (but bought in 2016).

For giggles, while we’re gazing into the abyss of my navel, here’s the list of albums I listened the most to, in total, no matter how old they are:

Geez! You’d almost think I like Talking Heads and Kate Bush or something. (The winner, Remain in Light I listened to 100 times this decade, and Diamond Dogs, at number 12, I listened to 51 times.)

So are there any further ways to torture this data set? Uhm… OK, let’s look at albums I bought this decade, but were made earlier. (But this time I removed the weights, just because.)