The disk in my old kitchen computer broke.  Finally!  The machine was the only one in my

apartment with a fan, so I was kinda hoping something in it would break so that I could get an excuse to buy a new fanless all-in-one machine.

After binging around on the internet a bit, I found the Silentium from Deltatronic.  It’s a standard Intel i3/i7 machine, but fanless.  And all-in-one.  There isn’t even an external power adapter, so it’s neat and tidy.

Linux installed without any problems, although I had to go with Debian Unstable to get a version of the Xorg that works with its built-in Intel graphics.

The wifi works well, too.  This is the only stationary machine I have that doesn’t have wired ethernet, because getting TP over to its corner of the kitchen would be kinda complicated.  It’s in a corner of the kitchen that my laptop doesn’t think there’s any wifi signal in, so that’s kinda impressive.

Arcfour is the least CPU-intensive cipher, and switching off compression helps with both CPU and latency.  And mp4 streams don’t really compress very well.

But that’s not really sufficient.  mplayer also has to cache stuff, because the latency over wifi is just a tad too unpredictable.

With all this, watching DVDs while cooking is smooth and pleasant.

But here come the complaints: The screen isn’t as good as it should be.  It’s really bright at the top and bottom margins.  I guess it uses side-mounted LEDs to save money?  It’s an IPS screen, so the viewing angle is OK, but this is just annoying: 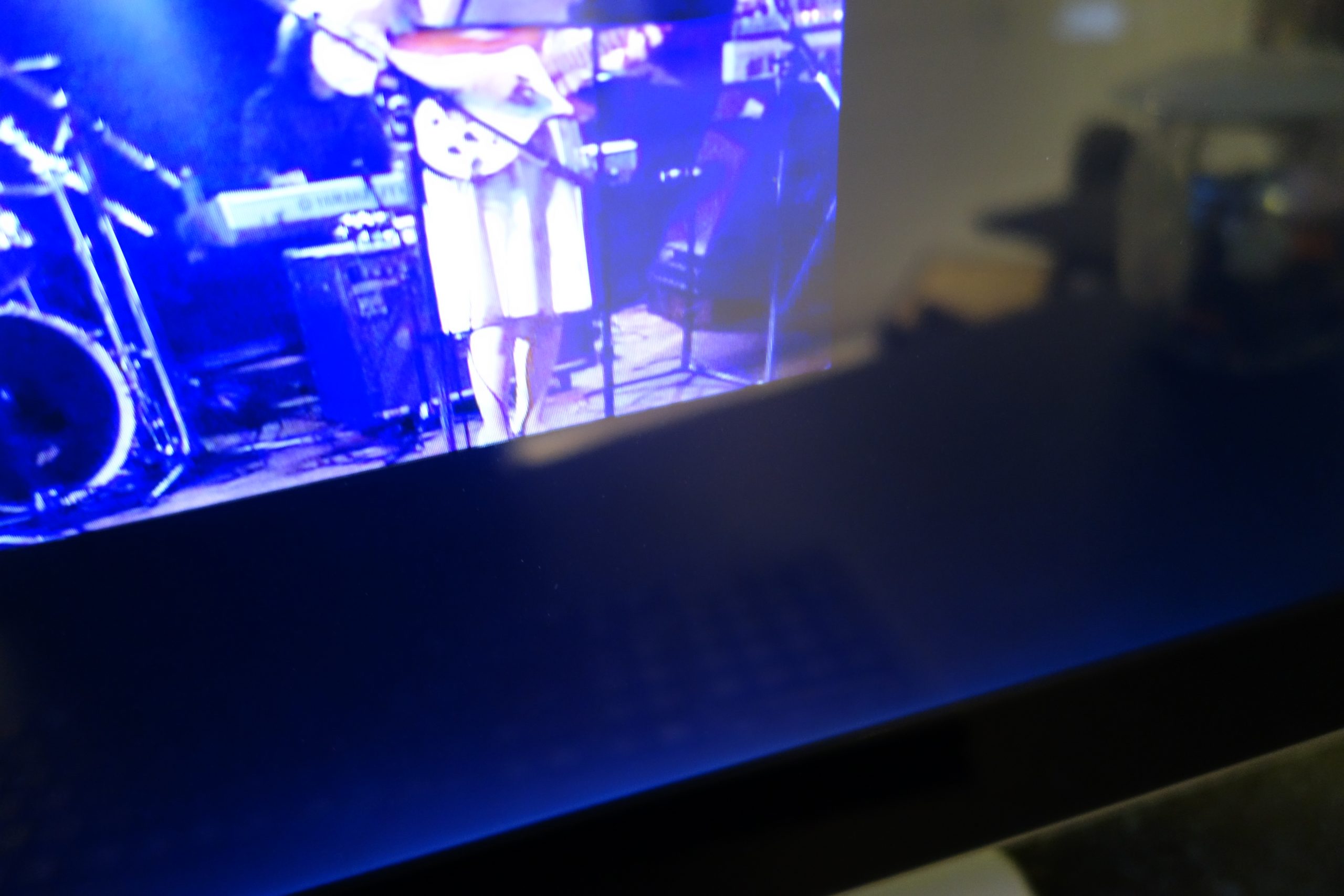 The effect here is exaggerated by the camera, but it really is quite bright at the bottom there.

It’s less obvious when there’s something on the screen: 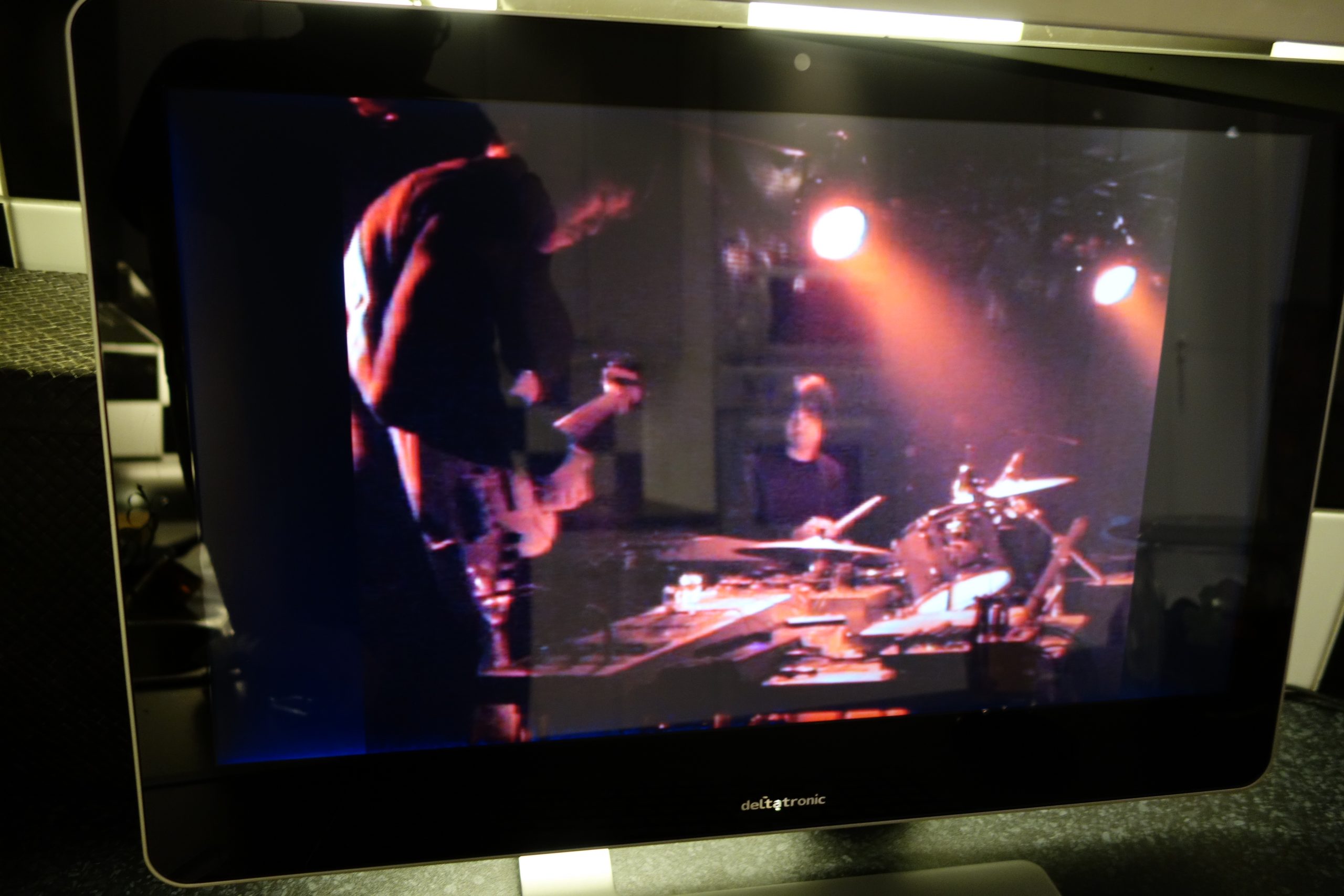 See the blue shiny things at the left bottom edge?  That’s where it’s supposed to be totally black.

Oh, well.  Perhaps I can just avoid using a solid black background…  or something…

It’s so close to being a great machine, but I can’t really recommend it due to this edgy business.