Does this look familiar to you? 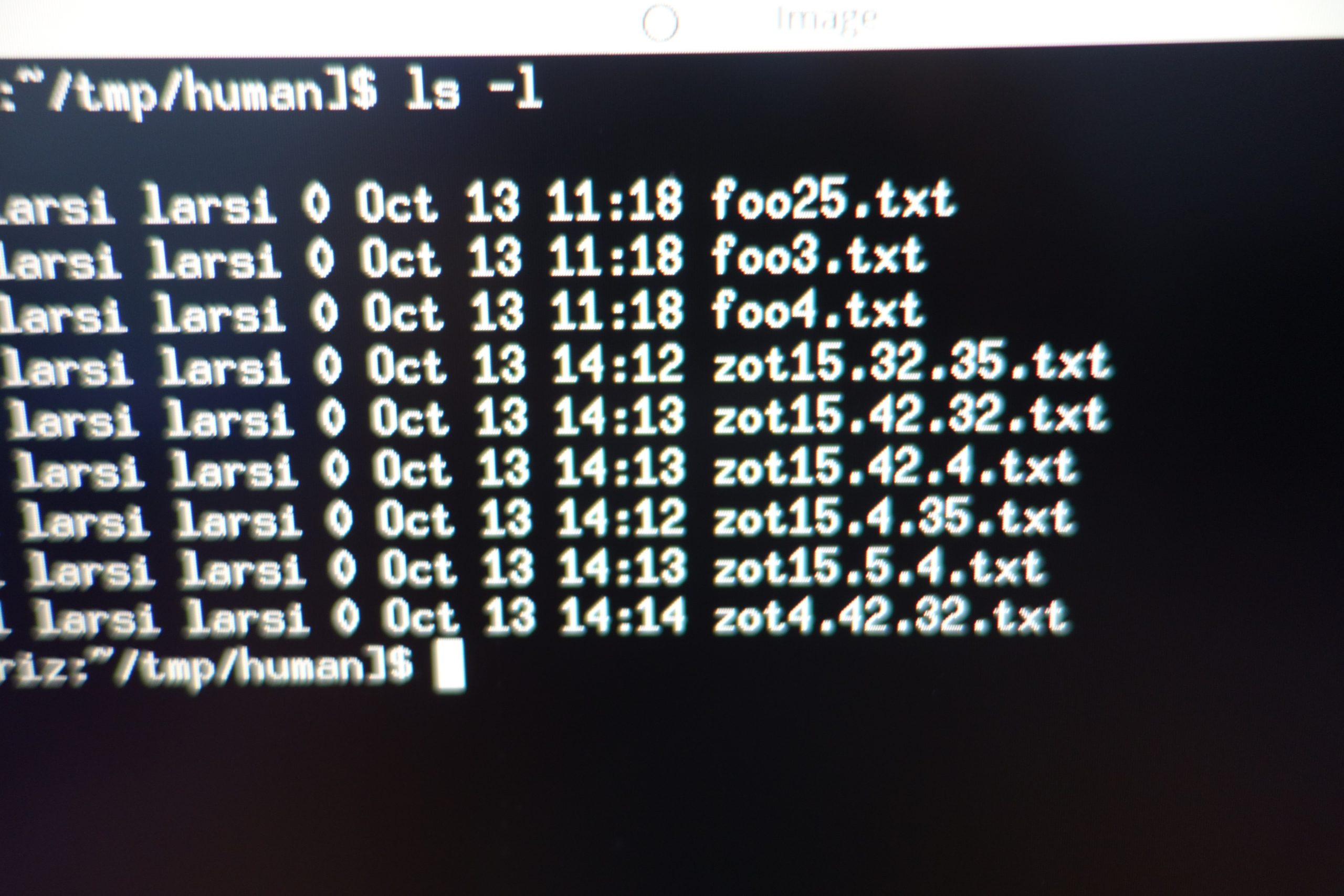 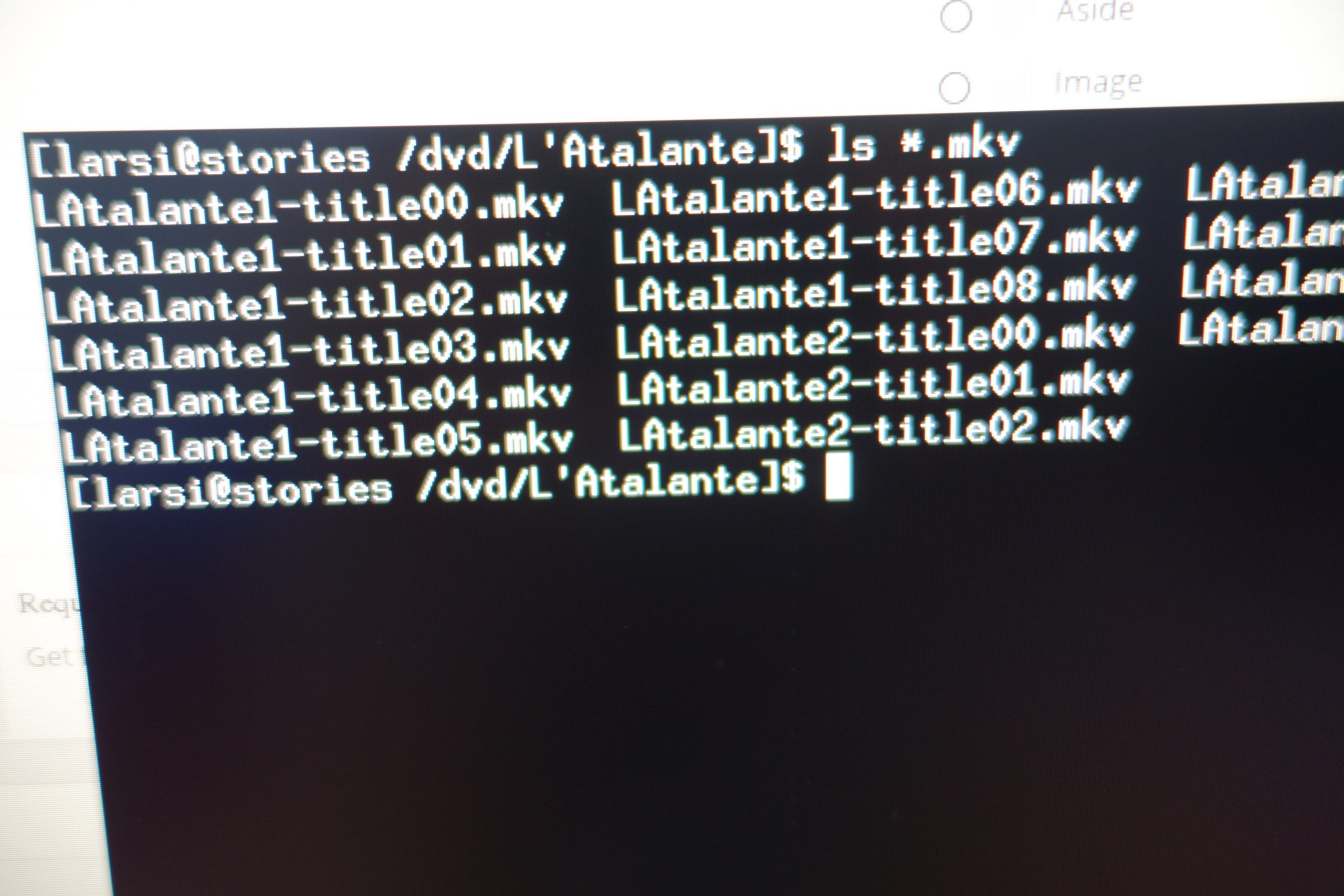 Then you know the pain and suffering caused by virtually all tools that sort things “alphabetically” when those things contain numbers, and the strategies we’ve adopted to deal with these broken tools.

That would make sense.  But that’s not what’s been implemented, for the most part.  Instead people are forced to create bug reports with names like “bug #000000001345” and keep track of the leading zeroes and hope that they’ll never need more.  Because then everything will break down anyway.

It seems like a no-brainer to sort contiguous numerical parts as numbers.  This solves most of our problems.  But it’s interesting to consider whether this might be extended.

For instance, if you have “15.6%” and “15.16%”, you probably want the latter to be sorted before the former.  If you split them into two numerical chunks, you’d instead get the former ahead of the latter.

So we quickly run into consistency problems if we try to be too clever.  On the other hand, we’re can probably get the computer to sort better than most humans would.

But surely I can’t be the first person to think of this major and pressing issue.  Surely somebody has doing something awesome here.

Let’s take a look at Explorer in Windows:

Nope.  “foo25.txt” sorts before “foo4.txt”.  Bad Bill.  (Edit: I’m being informed that I must have clicked on something, because Windows Explorer does allegedly sort correctly.)

What about OS X: 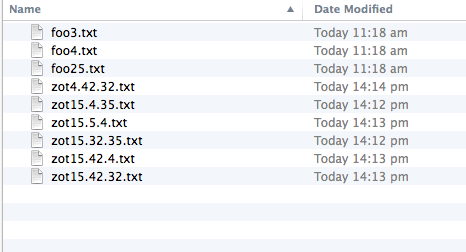 Wow!  Steve got it right!  It only sorts based on contiguous digits, though, and doesn’t try to do anything clever with decimals and the like.  But so pretty: 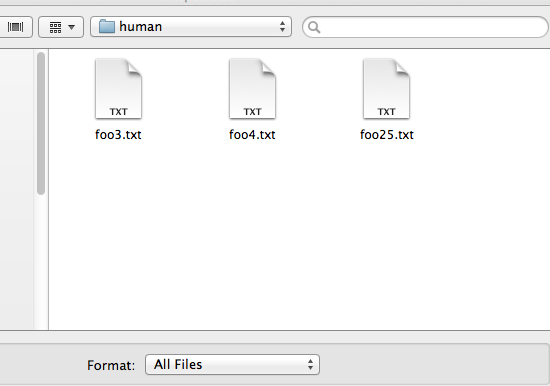 And on Linux, the version of Firefox in Debian Stale seems to be sorting on ASCII values, while the latest version sorts just like on OS X.  Fancy that.

Ok, so I wasn’t the first one to consider this.  In Unix tool land, we have “sort -g” that will interpret contiguous digits, including decimal points, as numbers instead of strings.  And they’ve recentlishly added “-human-numeric-sort” that, if I understand correctly, does exactly the same as “sort -g”, but also interprets SI units lik “G” and “M”, so that you can say “du -h | sort -h” and get the result you desire instead of the useless default sorting method.

Anyway, we must adapt this to Emacs.  Dired should definitely sort more humanely, but how ambitious should we be?  Just go for contiguous digits, or try to interpret “number clusters” more freely?

I’ve made a proof of concept on Github (written in the most inefficient way possible) instead of just putting this into Emacs immediately.  It just does the “contiguous digit” thing at present, so that “foo25.txt” sorts after “foo4.txt”.

What do you think?  How far should Dired (and the like) go in this direction?

4 thoughts on “Campaign for Humane Sorting”