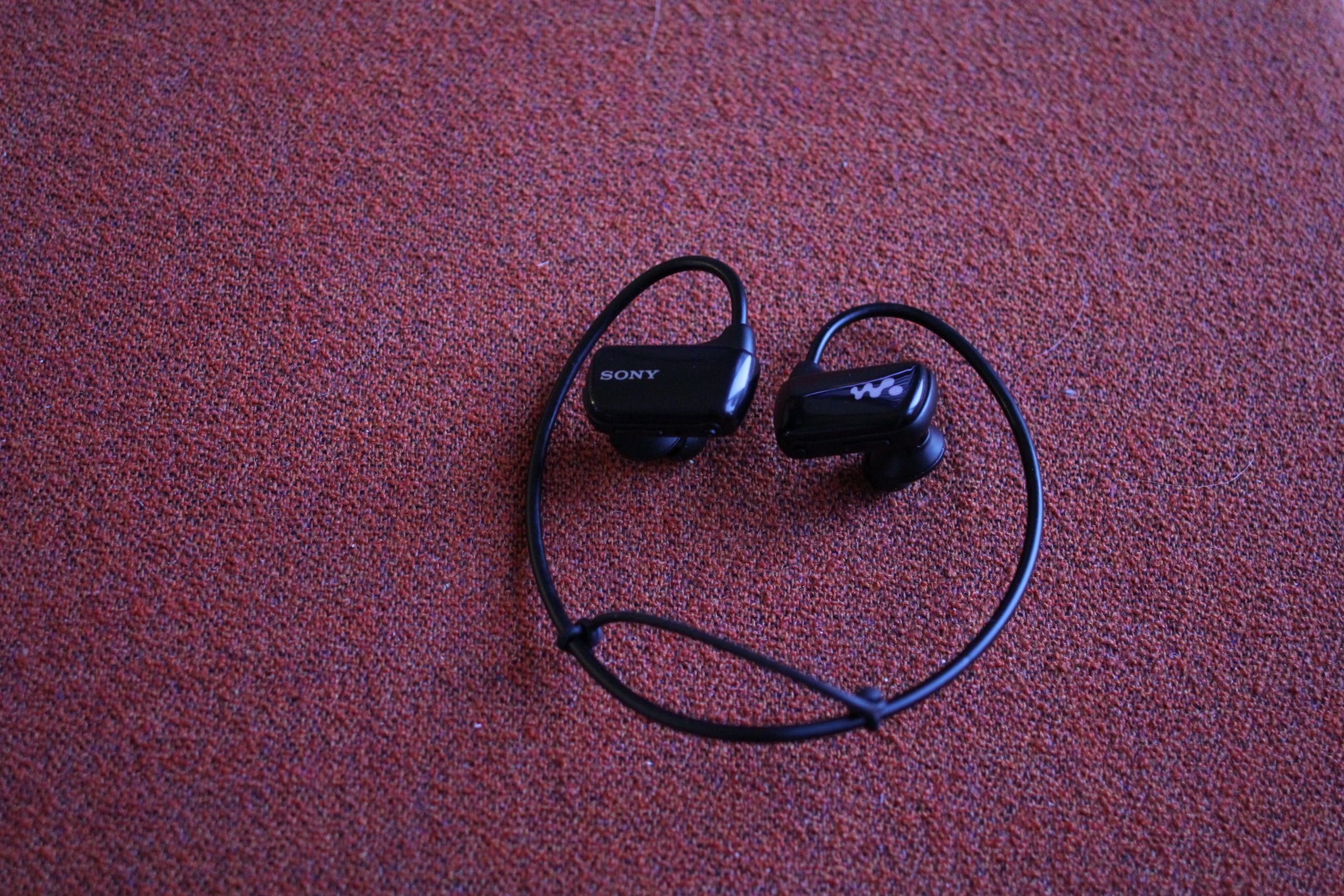 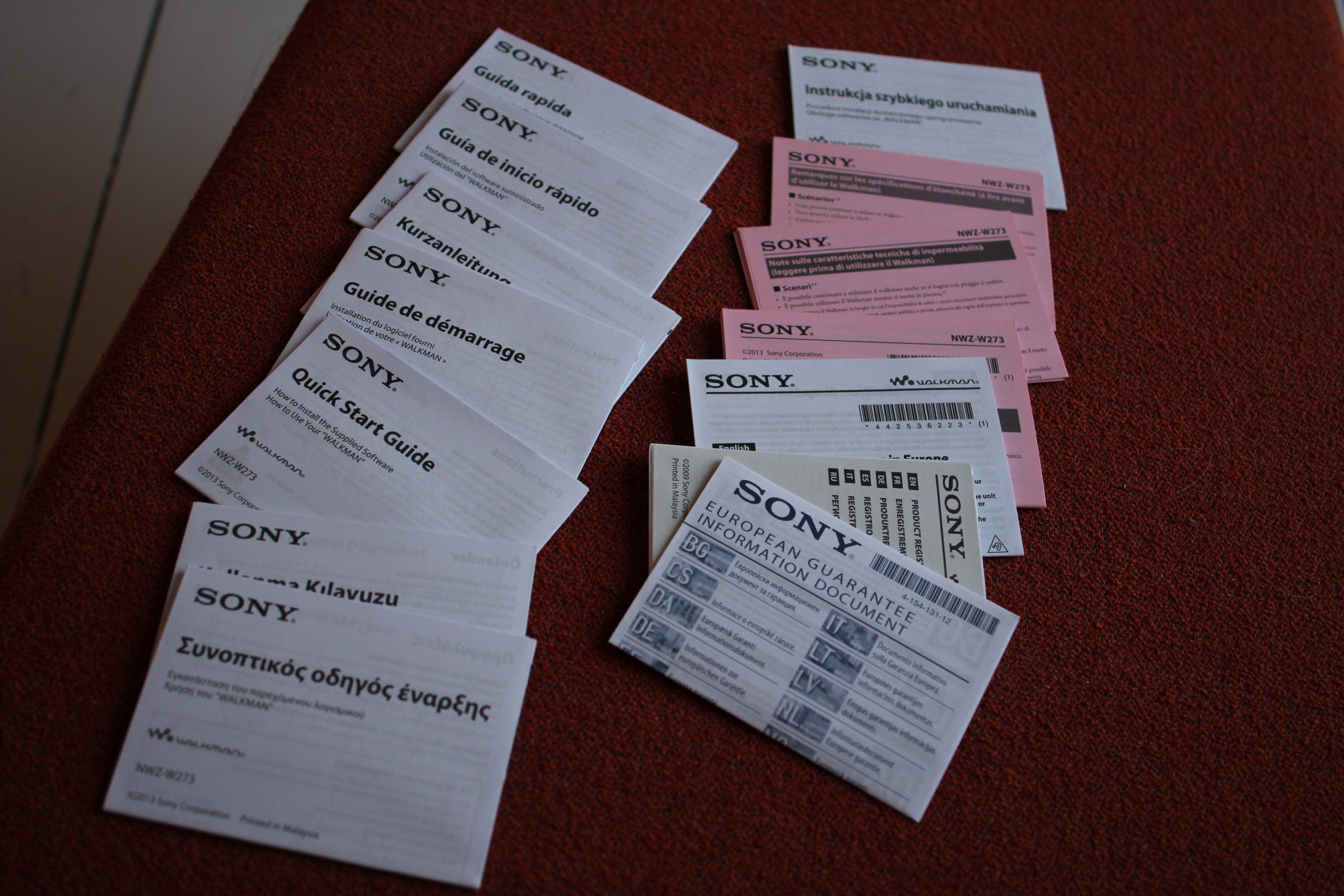 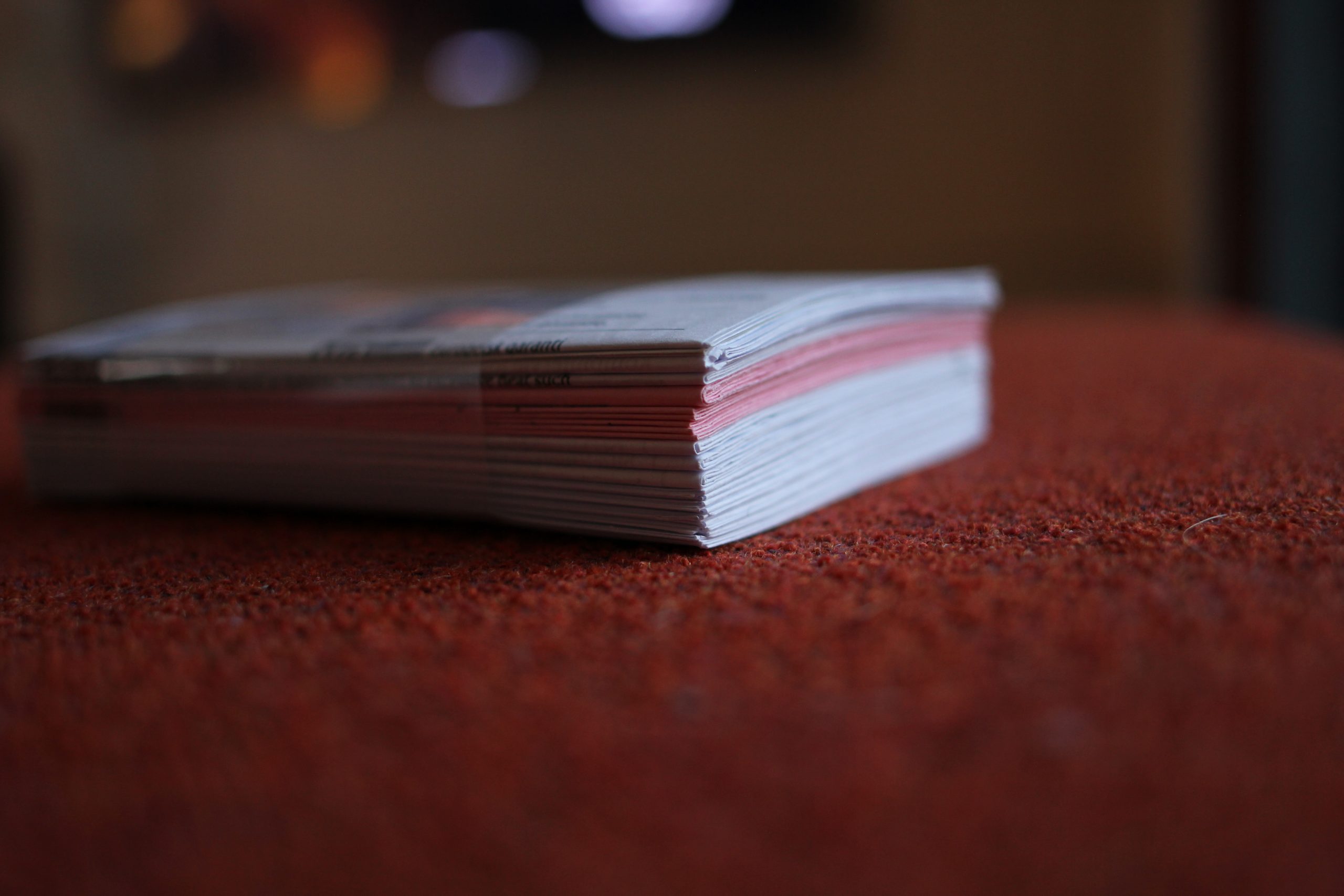 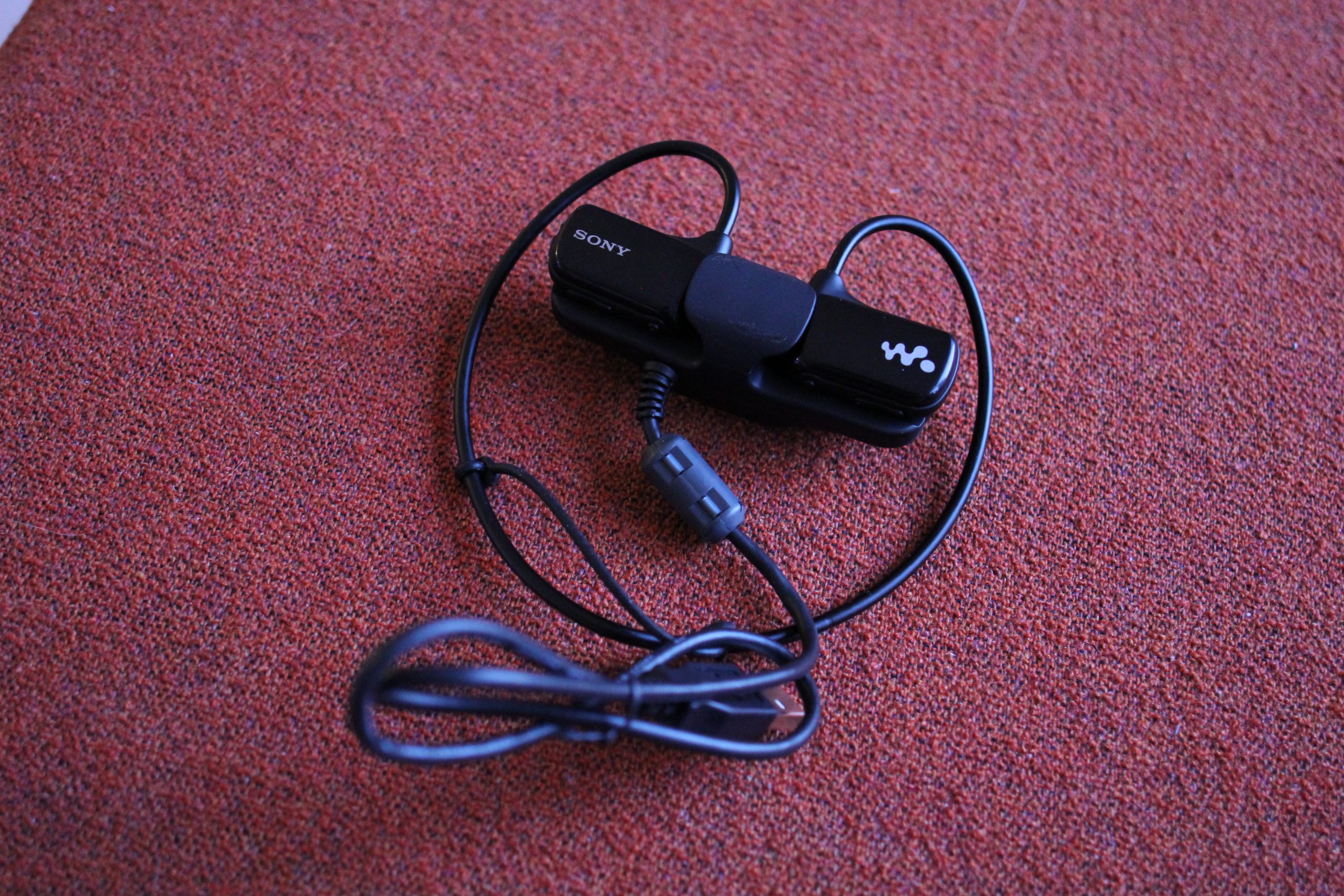 The interwebs have been all abuzz with a funky new Ikea lamp (IKEA PS 2014, designed by D Wahl).  But I bought one anyway.

I love Lego, so putting this lamp together was fun.  It’s over 50 parts. 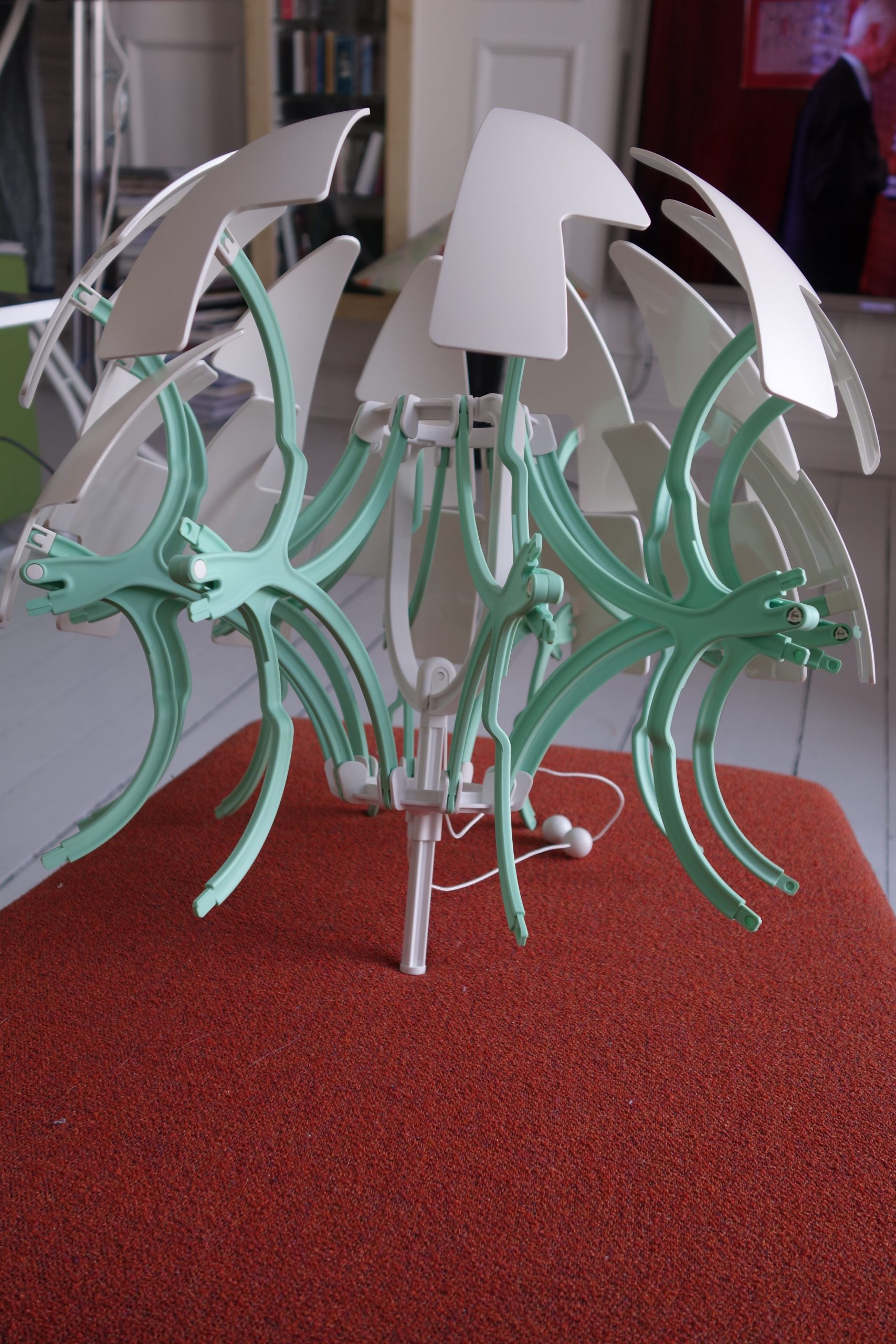 It made of plastic, so it feels very cheap. 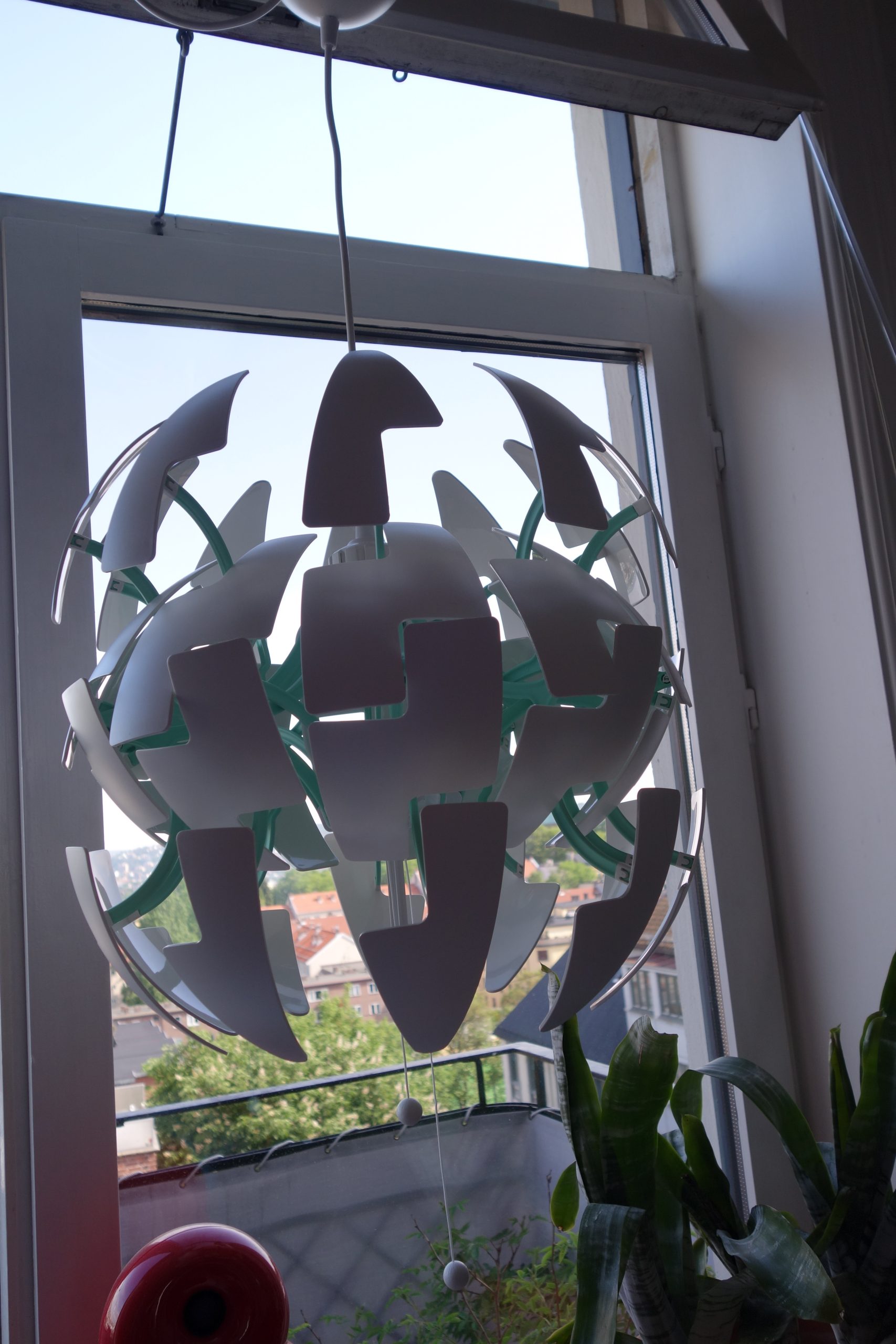 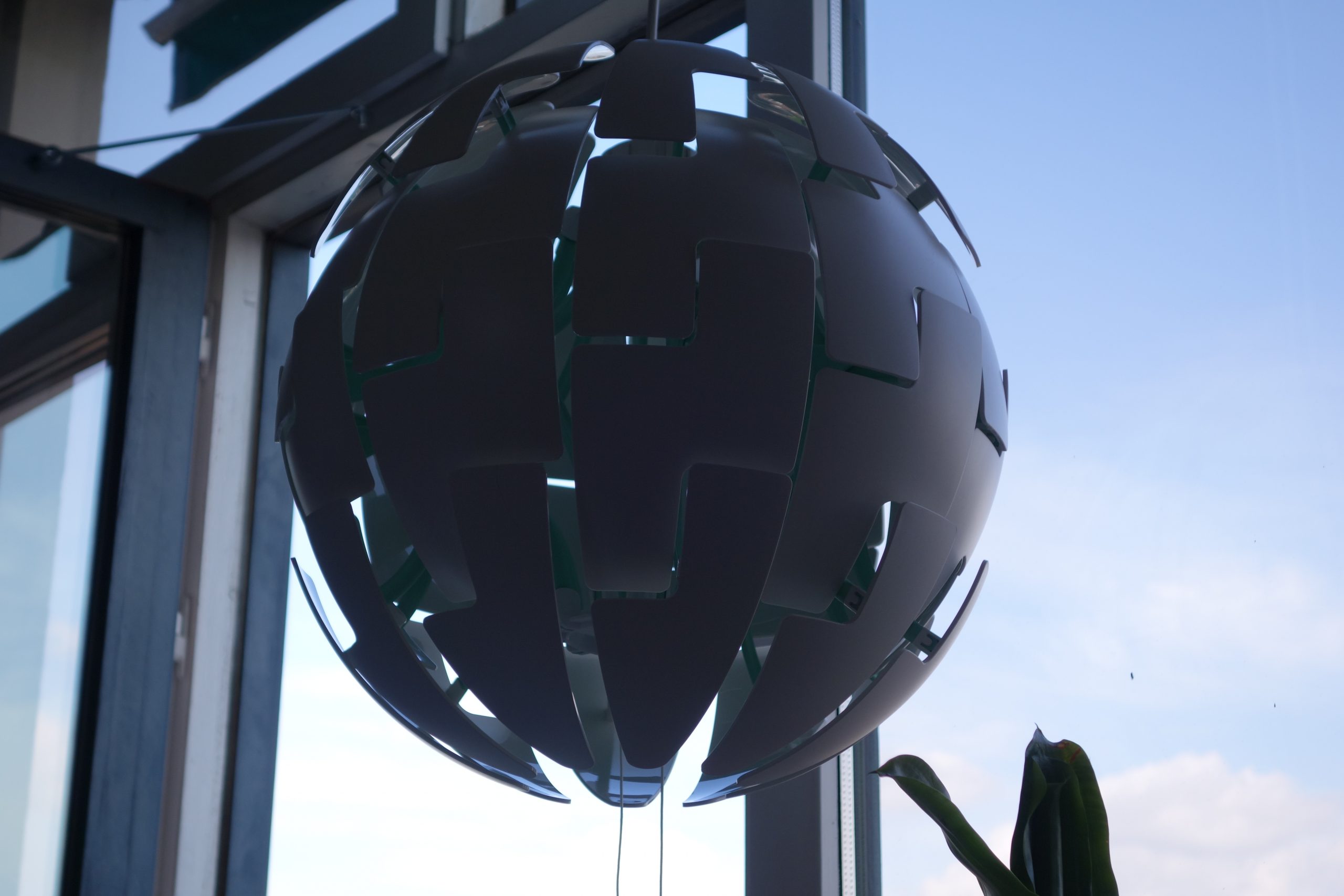 But it does look quite nice, I think.  Although gimmickey.  And it’s Ikea, so everybody in Norway has it by now, too. 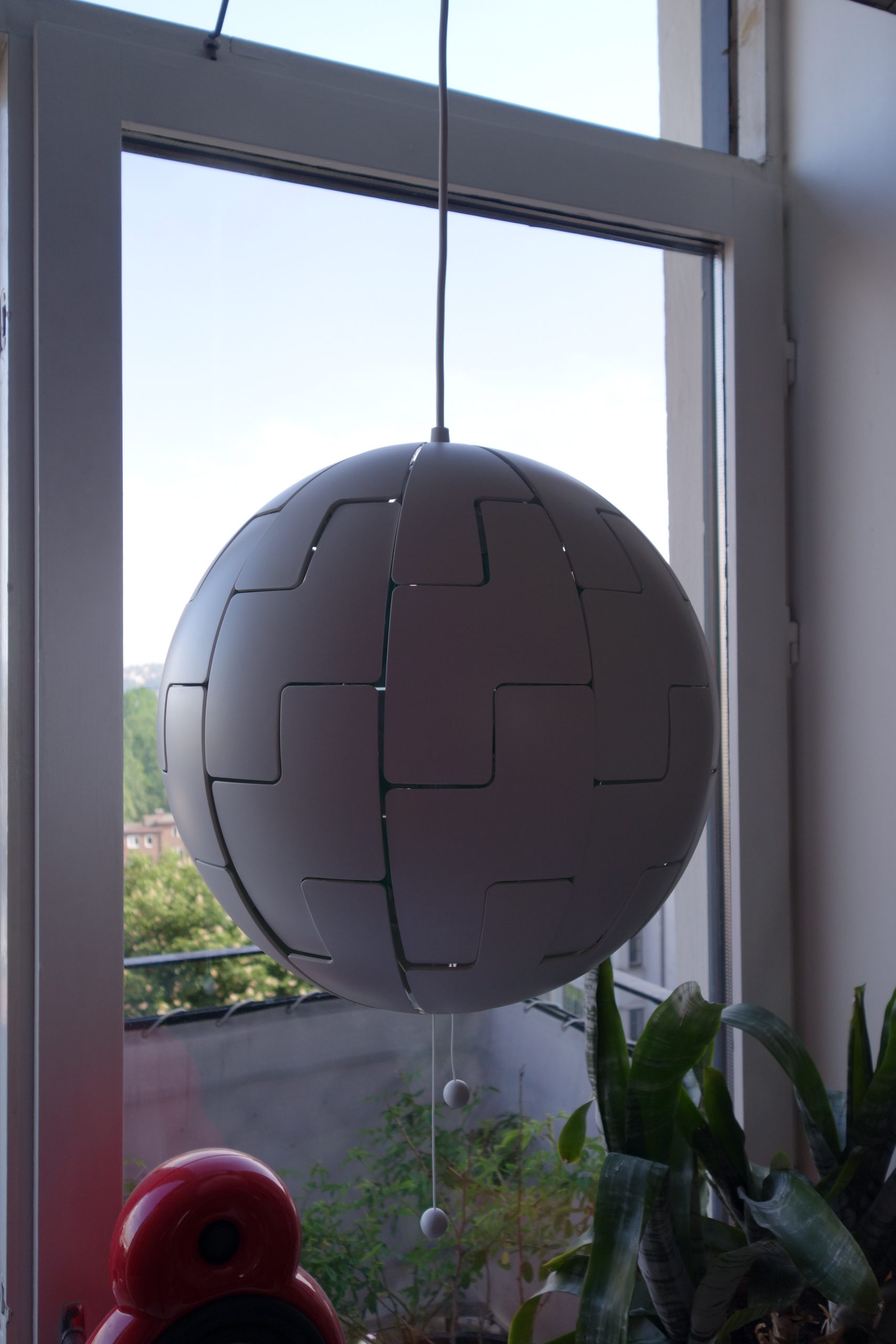 When it’s closed, the plastic bits clicks against each other in the wind.

So, basically, it’s cheap, and it feels cheap.  But I like the way it looks.

I need a wireless USB HID button (to take movie snapshots, of course), so I bought this Logitech Cube “presenter”. I need a range of about five meters, so all wireless input devices are kinda chancy. 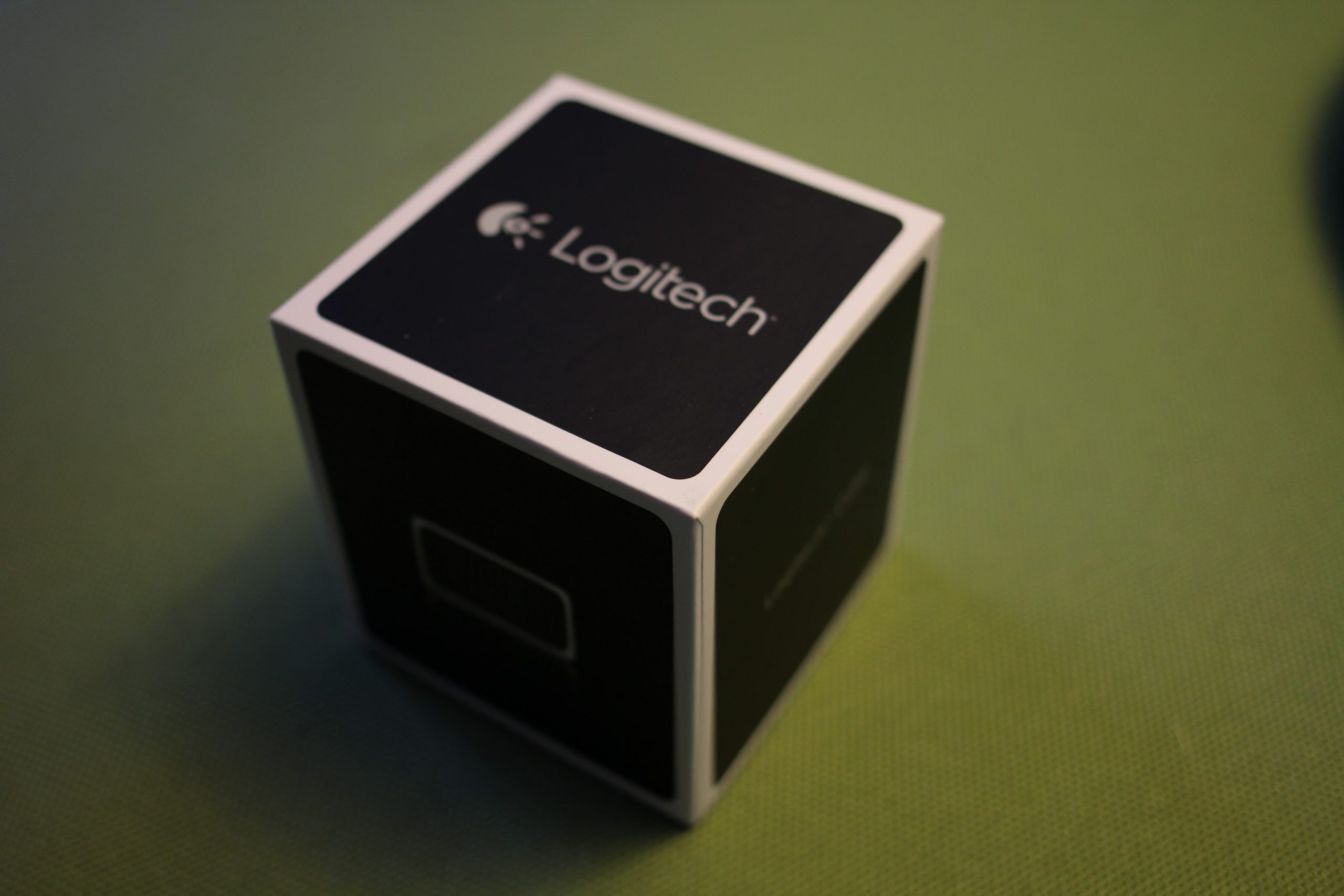 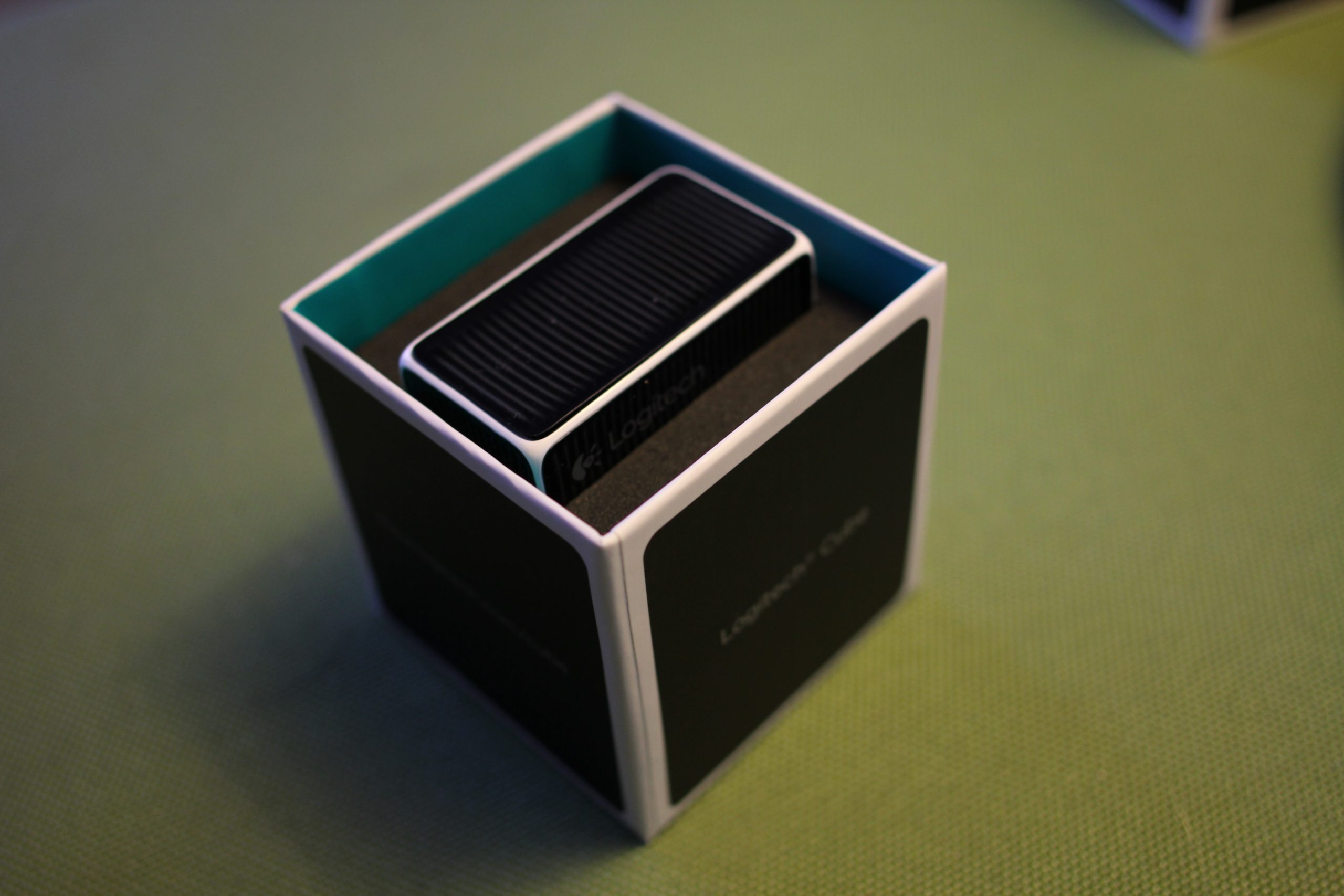 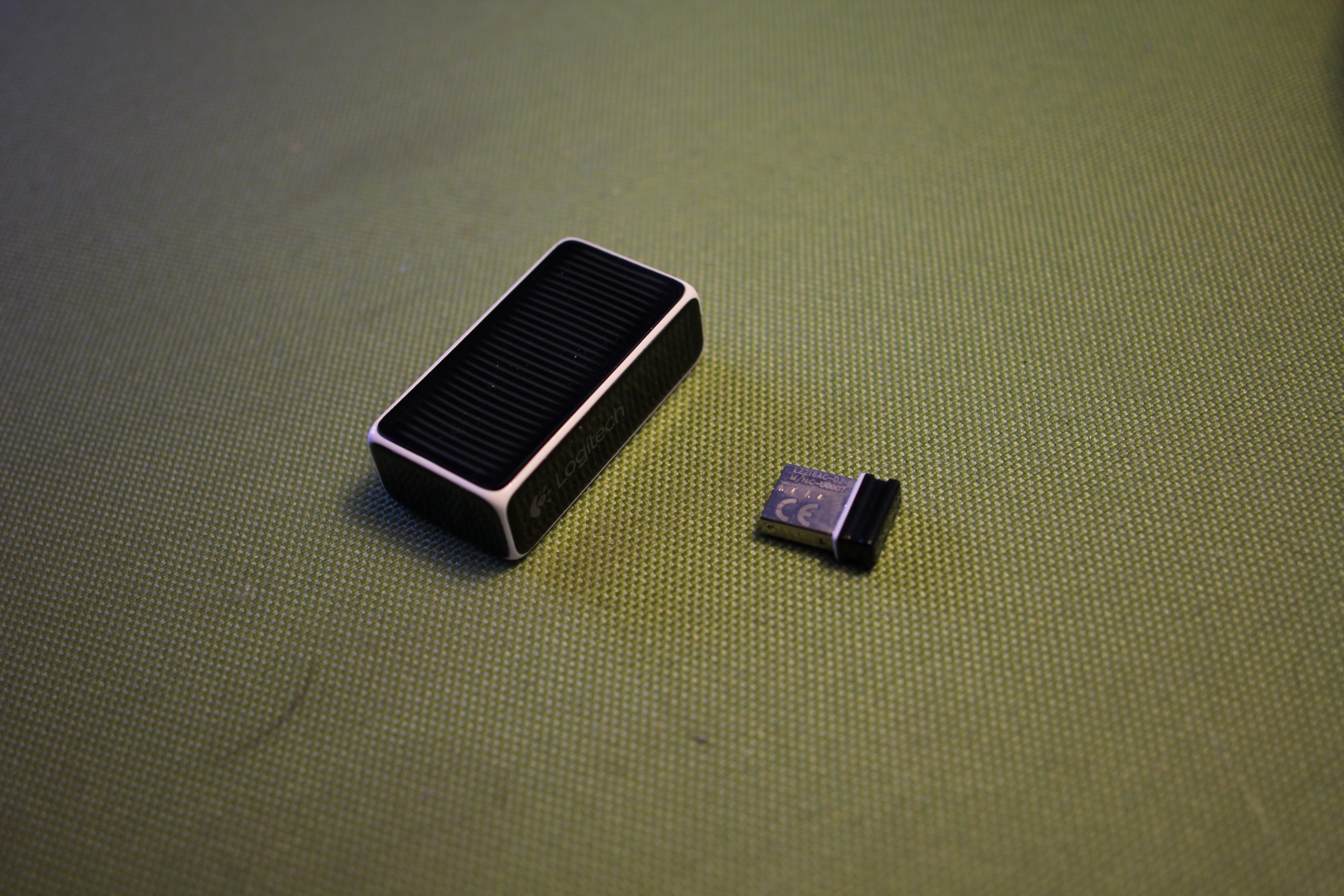 It generates a Prior event if you push the button while it’s oriented one way, and a Next event the other way. That’s fine. However, the range is less than two meters. Further away than that, it gets unreliable, and at four meters, there’s no signal what-so-ever. So it’s unusable for me.

I was curious about how well it worked as a wireless mouse if you had it close enough to the receiver. I’d rate it “meh”.

But it’s a nice form factor.  For something that doesn’t really work very well.

My old tv machine worked ok, but it was too slow to play the files MakeMKV ripped from BluRay disks.

So I bought a new one from QuietPC. I’ve bought a couple from them before, and they seem to make reliable, fanless machines. 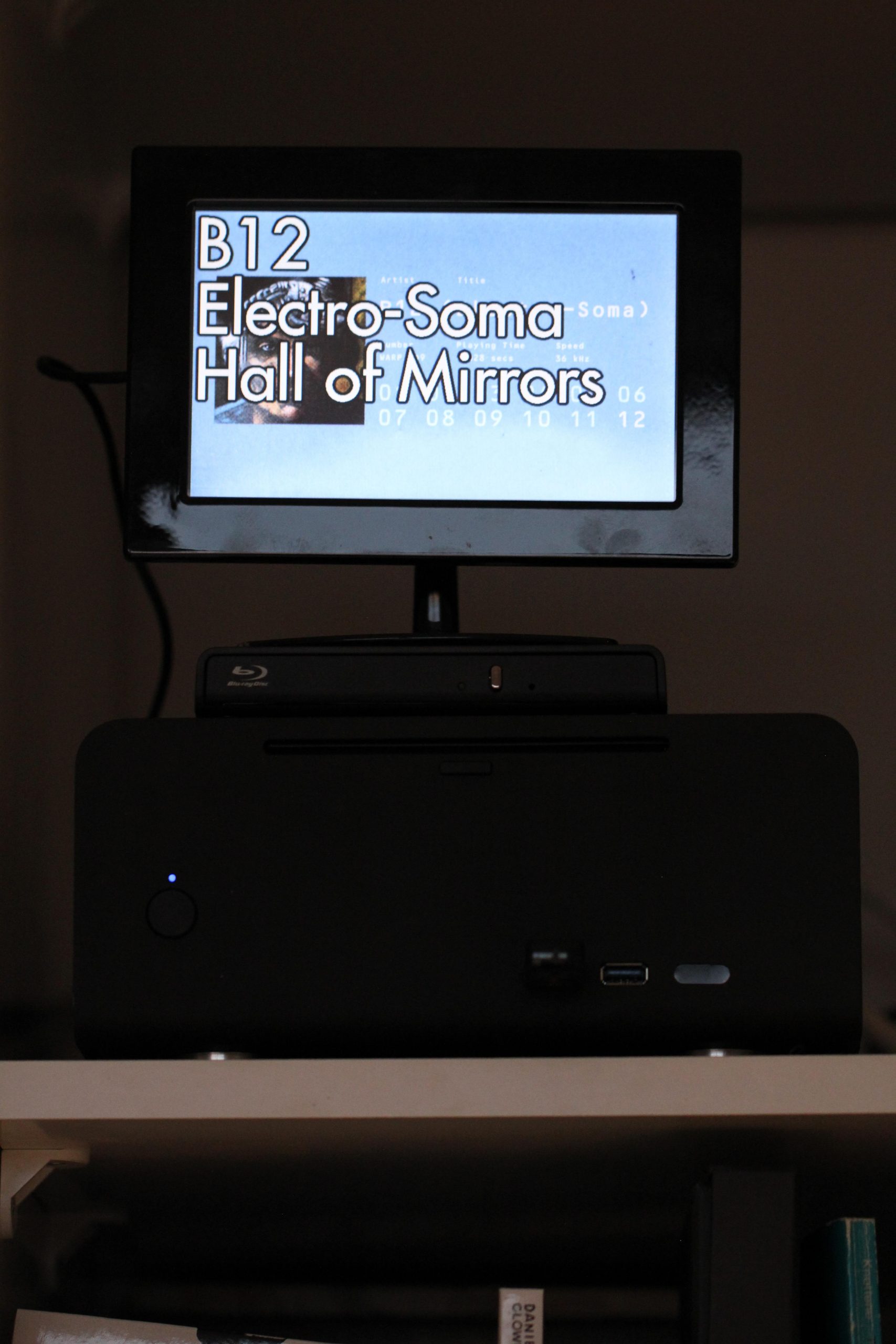 So here are the notes on problems getting the video working under Debian Linux. Sigh.

First of all, if you have xserver-xorg-video-modesetting installed, get rid of it. For some reason or other, X -configure prefers this generic driver over the Intel driver, which is pretty nonsensical. It’s not accelerated, so you can’t really use it for much of anything.

After getting rid of it, you’ll get the Intel (i915) driver instead, which works OK. Except if you want to watch video. Then you get lots of tearing. There’s a newer “tear free” version of the Intel xorg driver that fixes this problem, but it’s not included in Debian testing, even.

So go to the Intel page and download the “xf86-video-intel – 2.99.906” package. It compiles easily enough (just need to install some -dev packages). Install it by moving the intel_drv.so file after compiling over the one supplied by Debian. It should work fine. (Unless you’re reading this some time after March 2014.)

Hey! Now you can watch video. Except when the i915 driver loads, the HDMI screen turns all grey. For some reason or other, i915 jacks the backlights on the monitor up to max, leaving me with a very, very pale and bright TV.

After googling for hours, I finally found this. So you have to say

I got an integrated BluRay slot player in the machine, because I thought that would look tidier than the external USB drive. However, MakeMKV says the following when I try to use it: “Drive BD-RE MATSHITA BD-MLT UJ265 1.00 has RPC protection that can not be bypassed. Change drive region or update drive firmware from http://tdb.rpc1.org. Errors likely to follow.” Indeed. And there is no region free firmware for this drive, so I’ll just continue to use my external BluRay drive.

Anybody know of a region-free slot-in slimline BluRay drive?

Instead you have to say

Finally, the machine has tons of USB3 ports, and just two USB2 ports. I thought that would be a plus, but it seems like my tiny USB monitor doesn’t like being plugged in to the USB3 ports. The kernel says “Cannot enable port 3. Maybe the USB cable is bad?” and the monitor drops connection.

(This is where I go to look for a new cable. And I find one, and switches the cable, and everything works perfectly! It’s always the cable!)

See? It almost works out of the box. I mean, finding out all this only took me eleven hours…

It’s the year of Linux on the Desktop any… decade… now.

I’ve got a computer in the kitchen (as one does), but it’s very difficult to get Ethernet 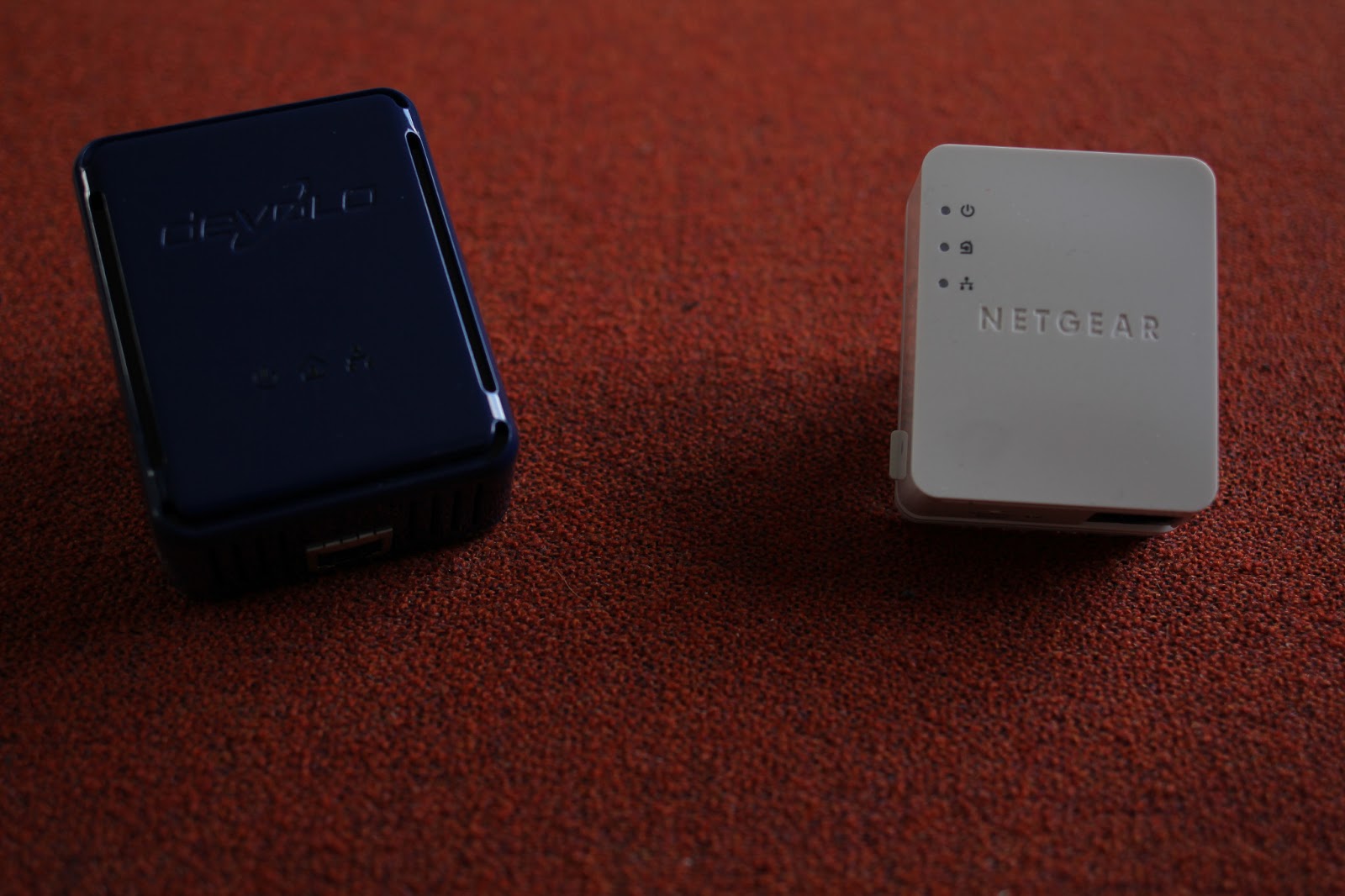 cabling to where it’s at.  So I’ve been using a Devolo dLAN Highspeed Ethernet II home plug network-via-powerline plug.

And it totally sucks.  Sure, it’s slow, but worse is the latency and unreliability.  I’m using it for NFS stuff, and it’s just too crappy for words.

The throughput is pitiful, but it’s acceptable.

But the  latency is crappy:

It’s like a lot faster!  7x better throughput.  The latency is kinda similar, but more even:

Anyway, the comparison isn’t really fair.  The Devolos are a couple years old, so they’re previous generation tech.  But it does mean that if you’ve got old powerline gear, and you want slightly less crappy performance, you may consider buying new gear.