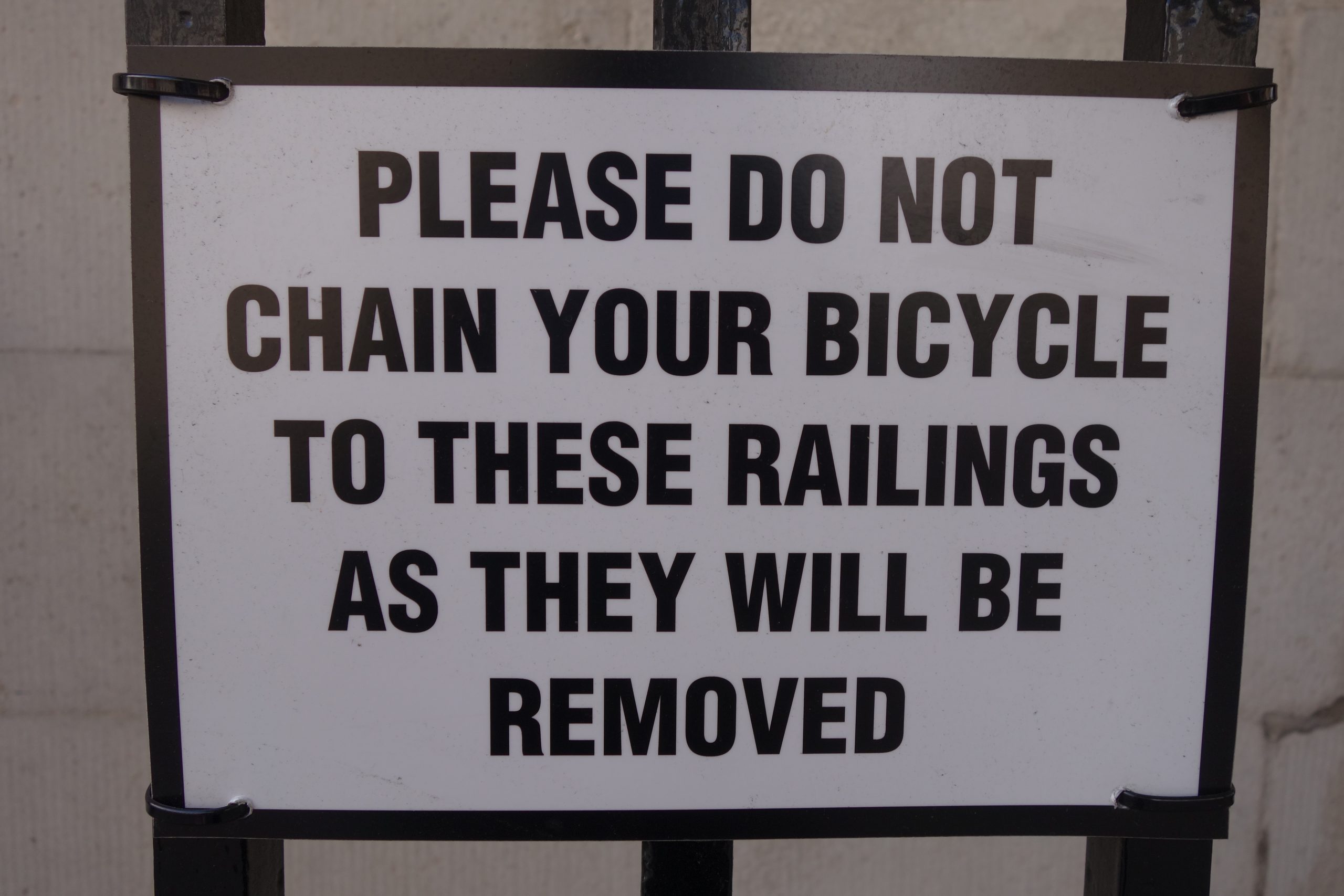 It’s not ambiguous, but I think it’s wrong. 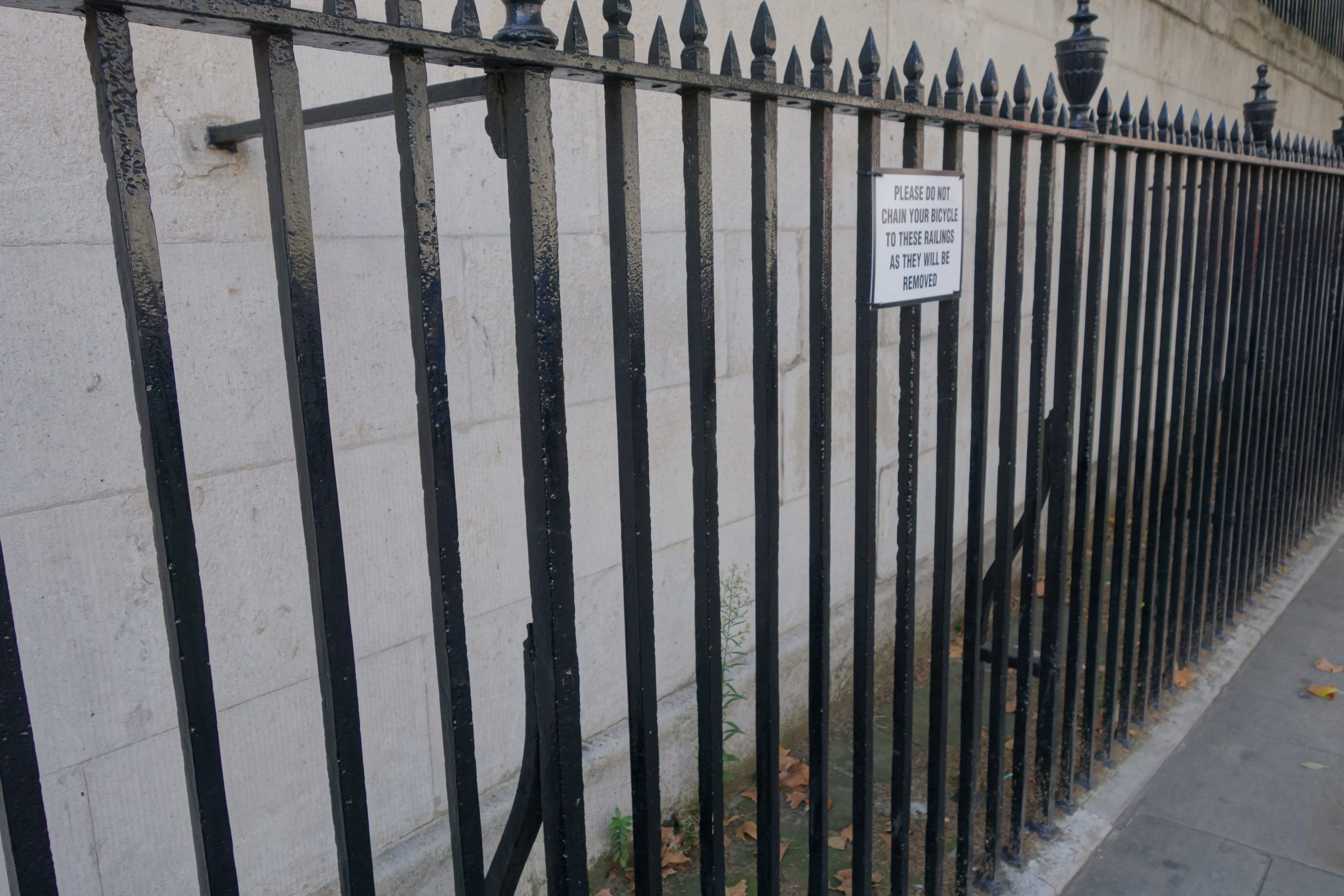 These rails look like a pretty permanent installation.  They won’t be removed any time soon.

I’m in London to see Kate Bush’s show again.  I had a suitcase with me this time, so I took a cab from Paddington to my hotel in Whitehall. 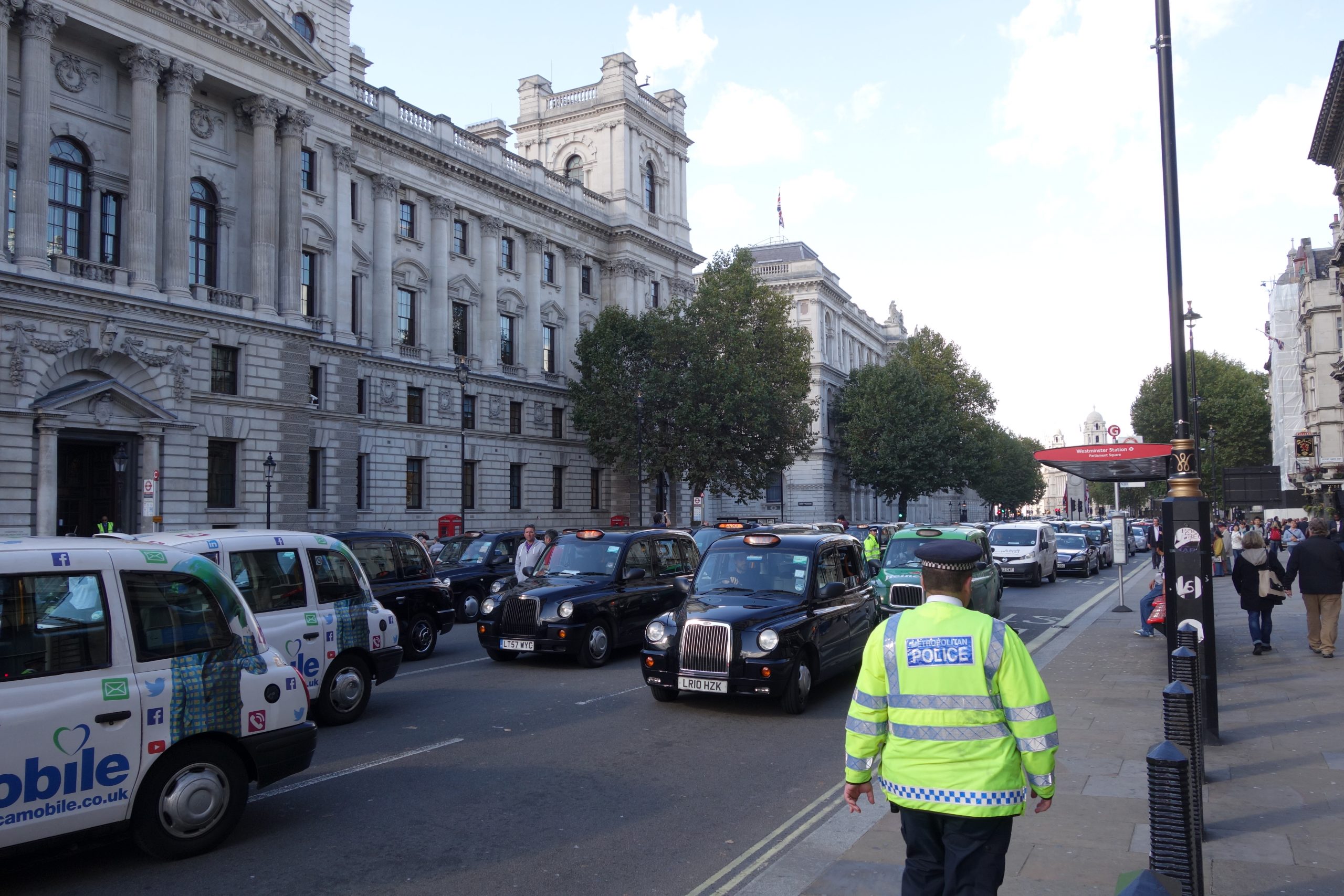 We encountered some very blocked-up traffic, and my cabbie said “Hm!”  Then he switched on the radio and it said that black cabs were blocking traffic throughout the center of London to protest Uber and its ilk. 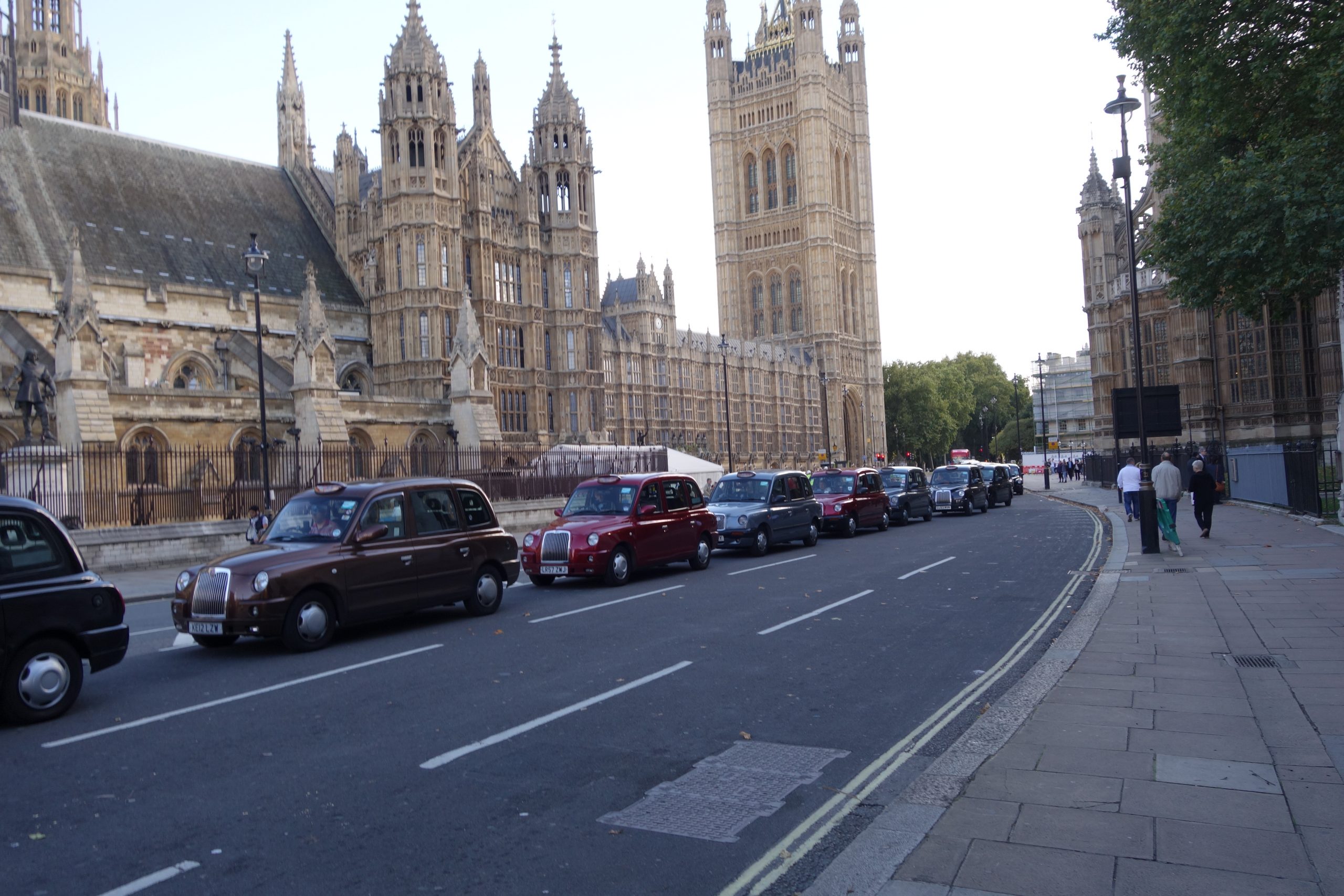 My cabbie said “Shit!  It’s our lot that’s causing this.  I heard about traffic being blocked, but I though it was the bicyclists!” 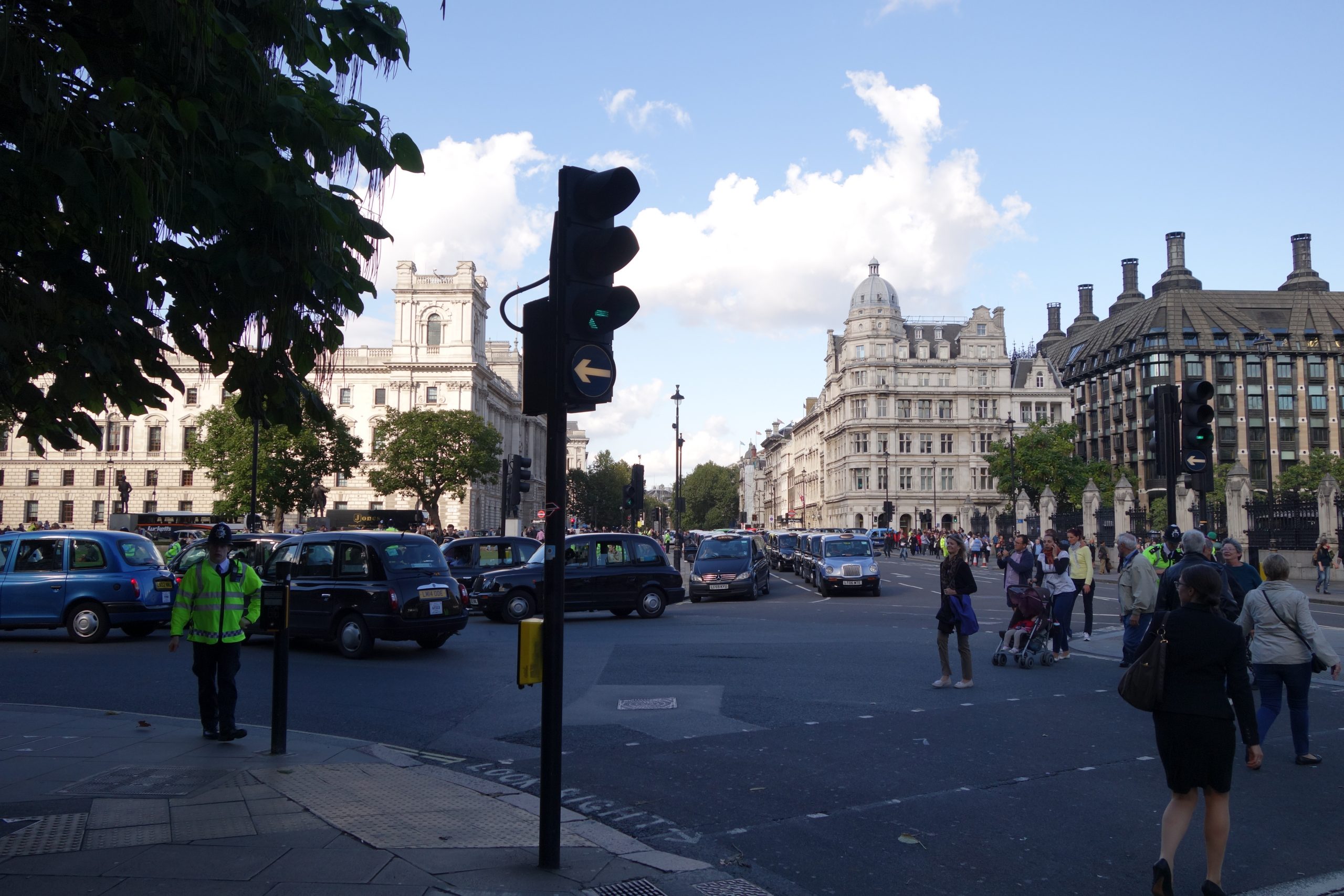 He then made a heroic (and not very legal, in bits (if we got nabbed, he’d gonna blame me and tell the coppers I threatened him)) effort to drive me as close to the hotel as he could get, and I strolled the rest of the way. 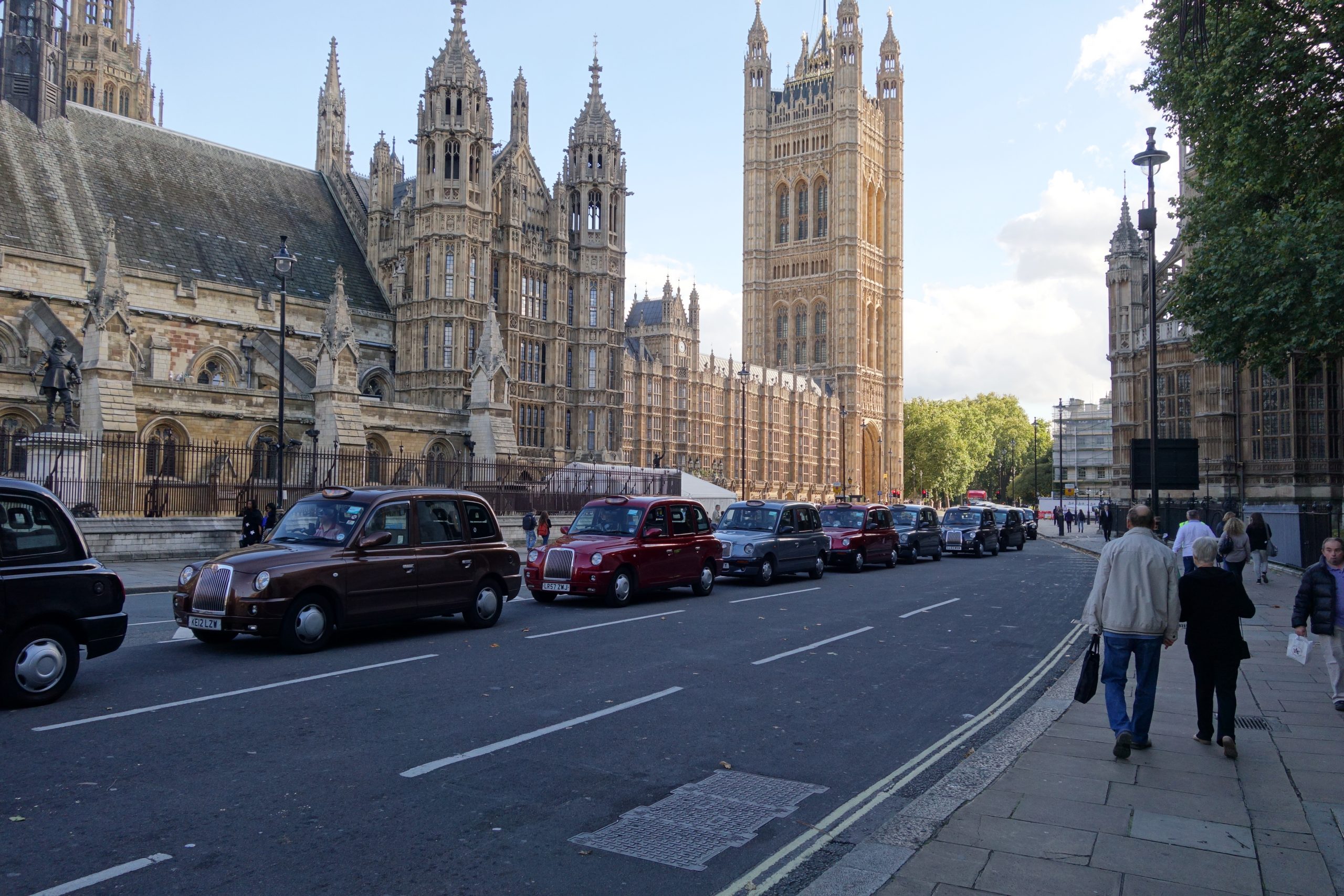 I’ve never loved any stage thing as much as I loved what took place tonight.

KT is still a genius.

And I’m seeing it again in two weeks.  Yay! 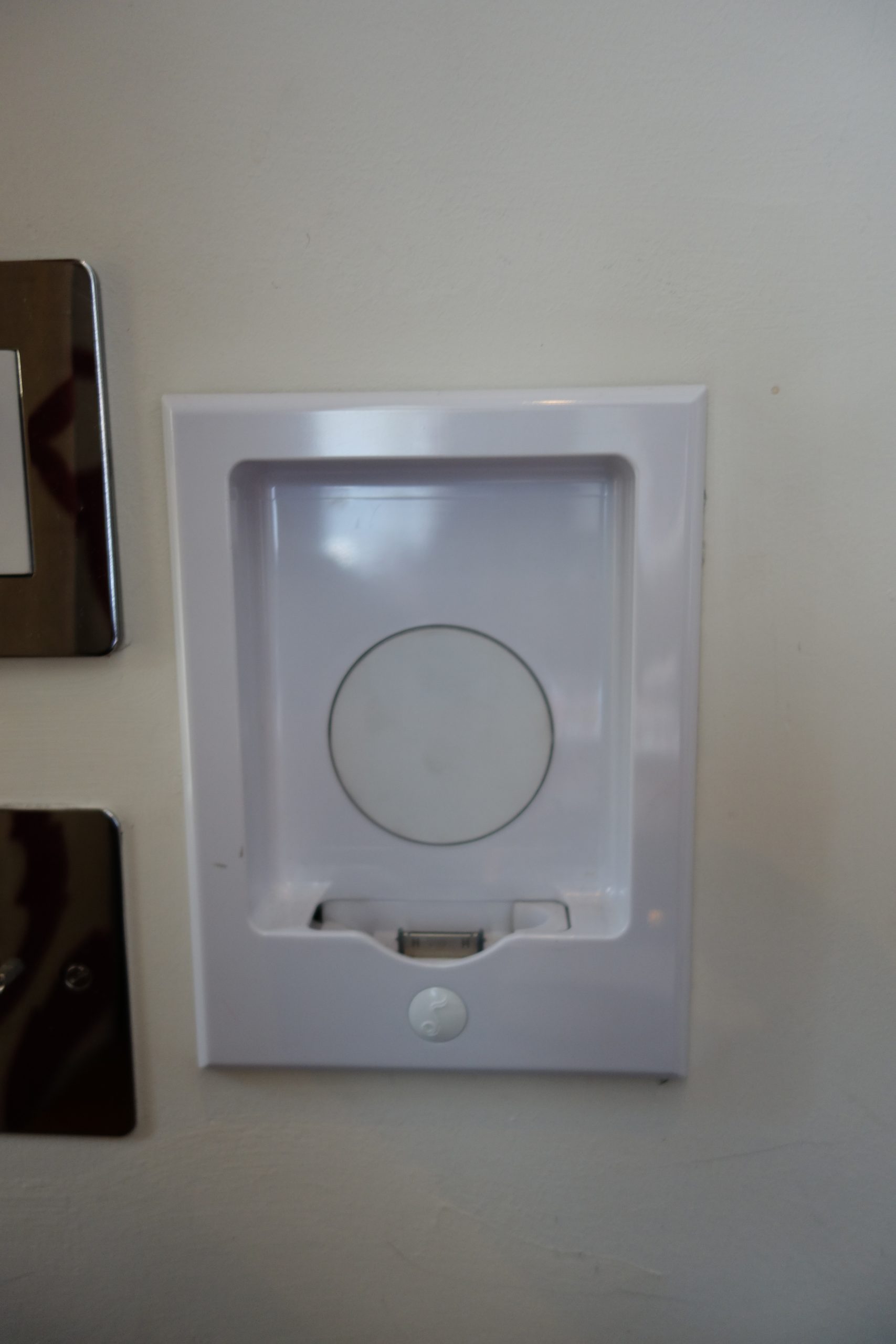 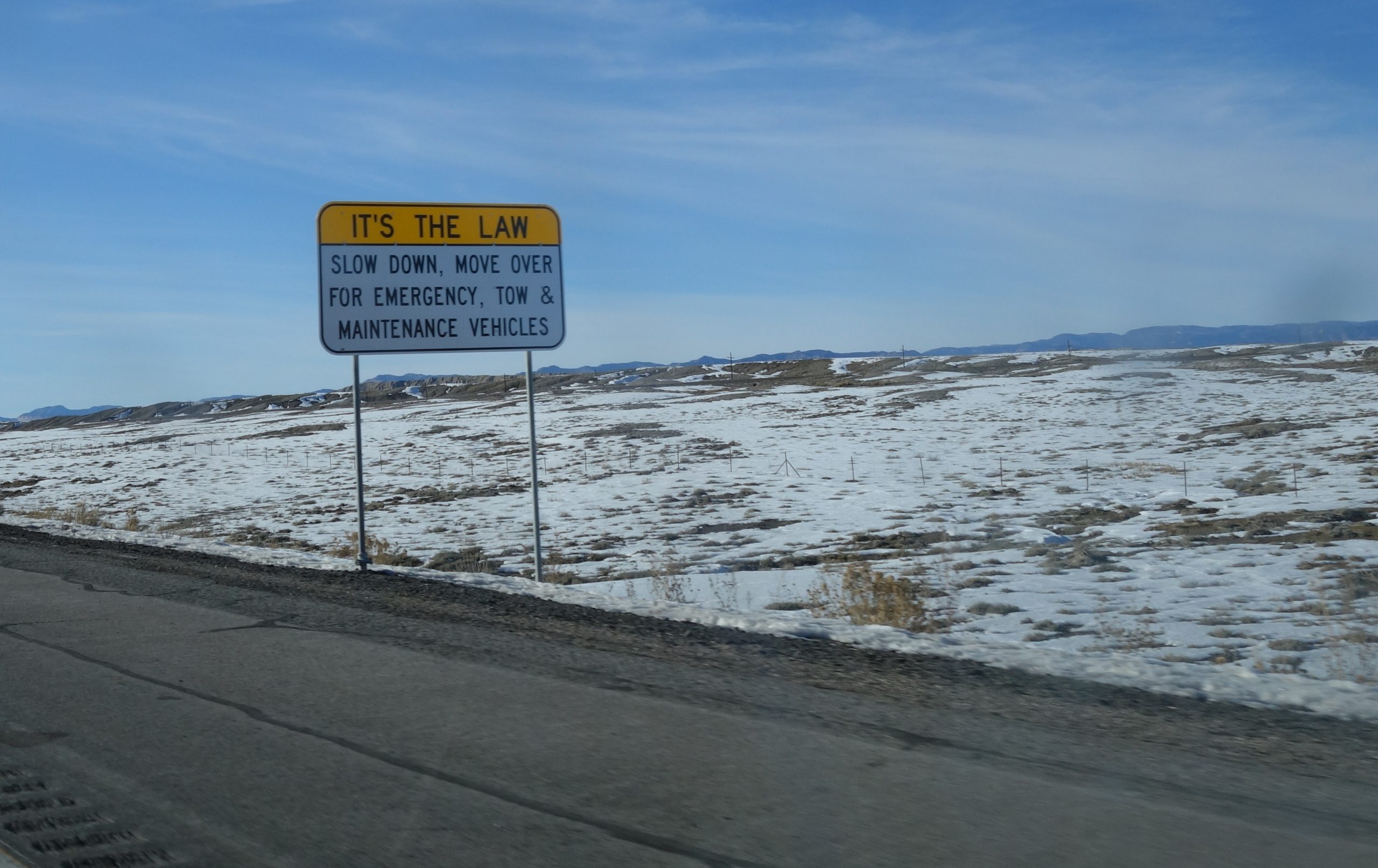 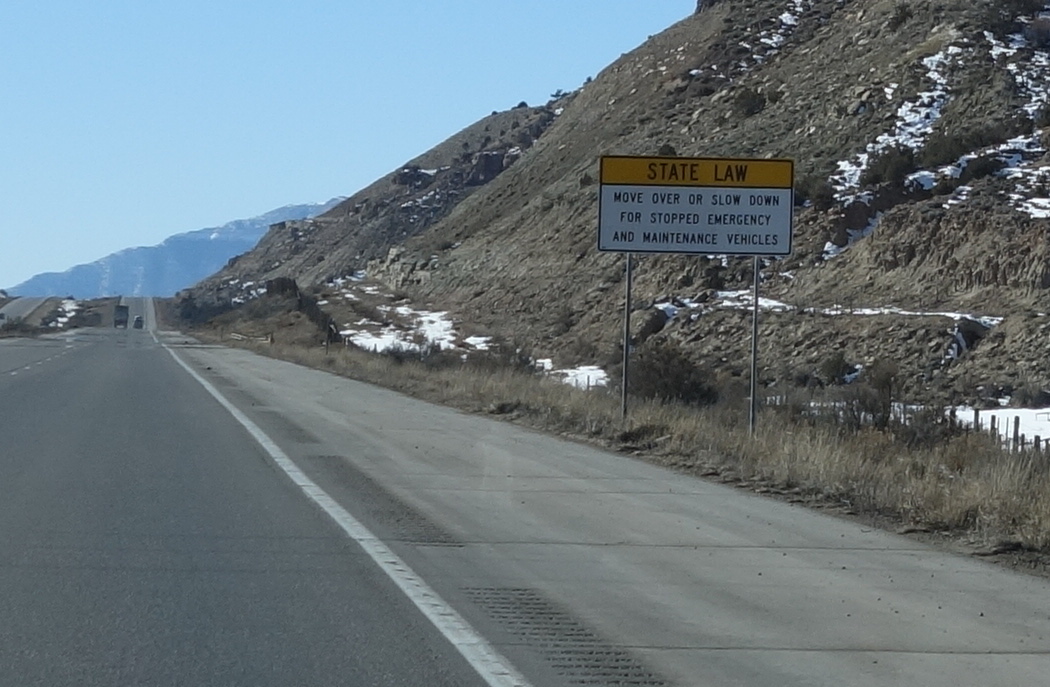