I’ve had an Epson Expression 10000XL for over ten years, and it works very well. 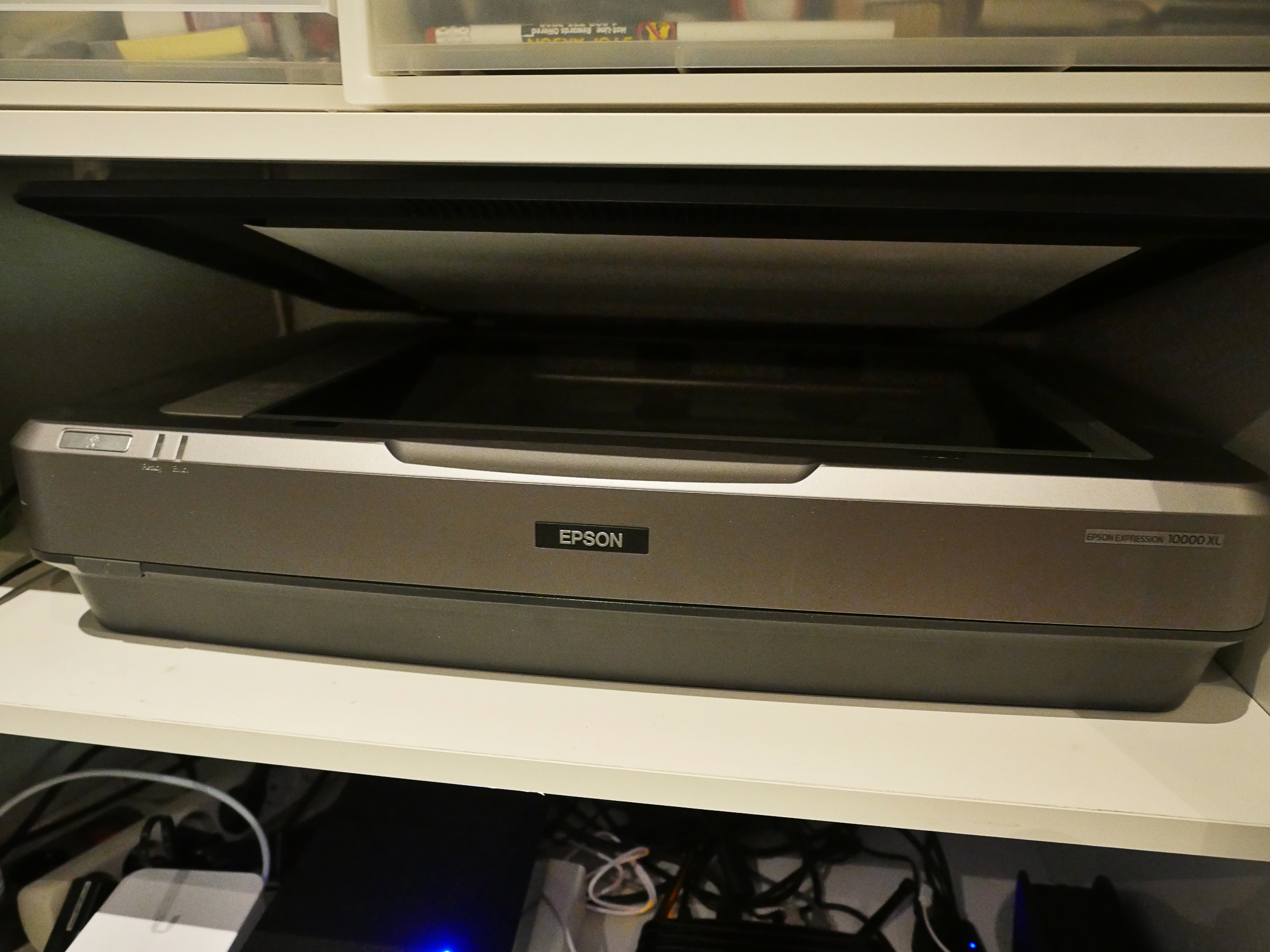 I mainly use it to scan covers of LPs and the like, so the A3+ size is perfect. It’s only got two problems: It’s slow, and it has a noisy fan. I can live with the latter, because the fan only goes when I’m actually working with the scanner.

And since I’m usually only scanning a few covers, the slowness doesn’t really bother me that much.

However, a couple of months ago I had a major scanning project, and if I were to use the slow scanner I would still have been at the job for the next three years. 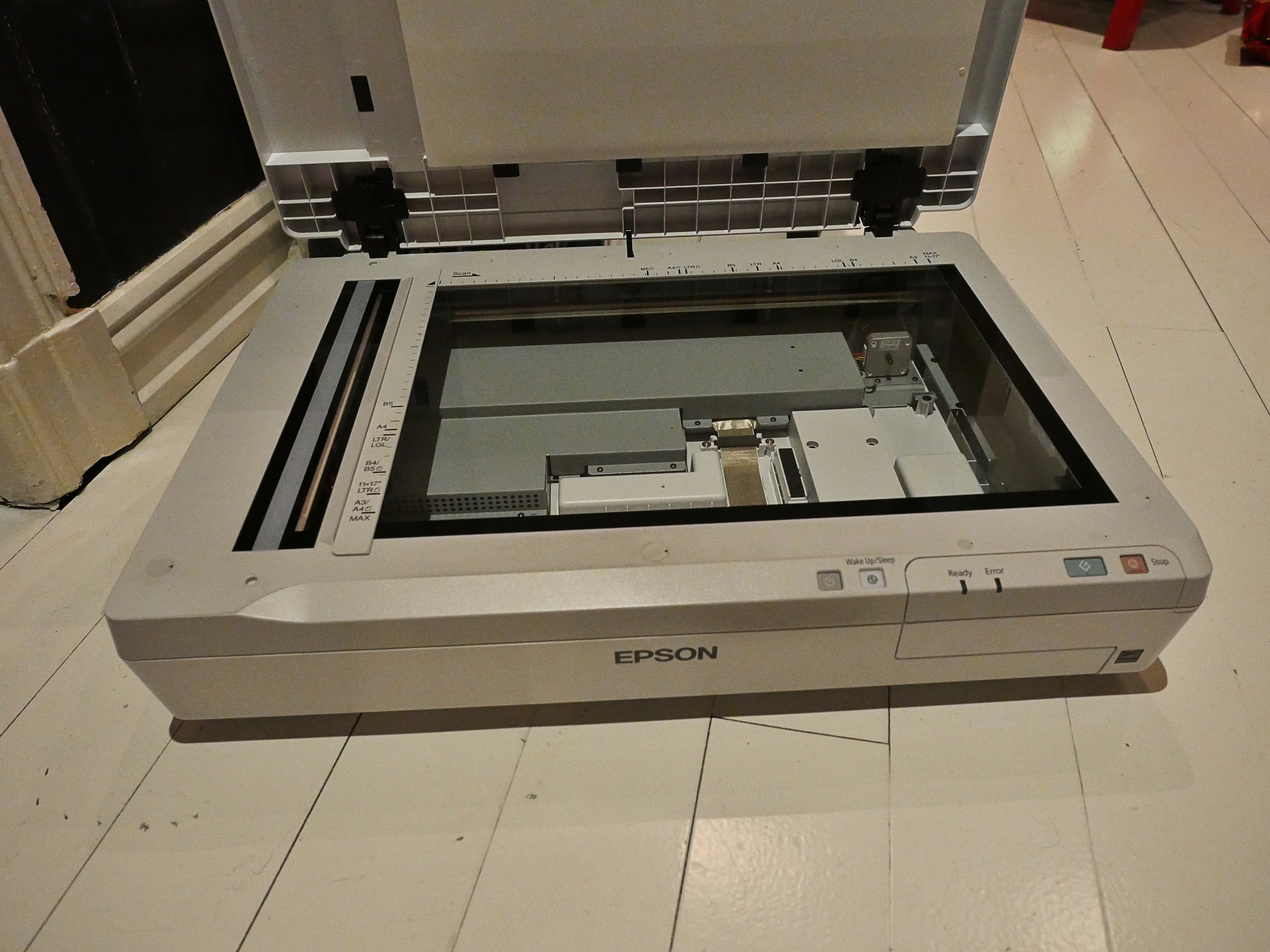 Instead I got an Epson DS-50000. It has no fan, and it’s really fast. It can scan a grey scale A3 image in about six seconds, which is great.

Scanning project finally over, last night I was going to replace the old scanner with the new one and donate the old one, but after installing the new scanner in the cubbyhole… 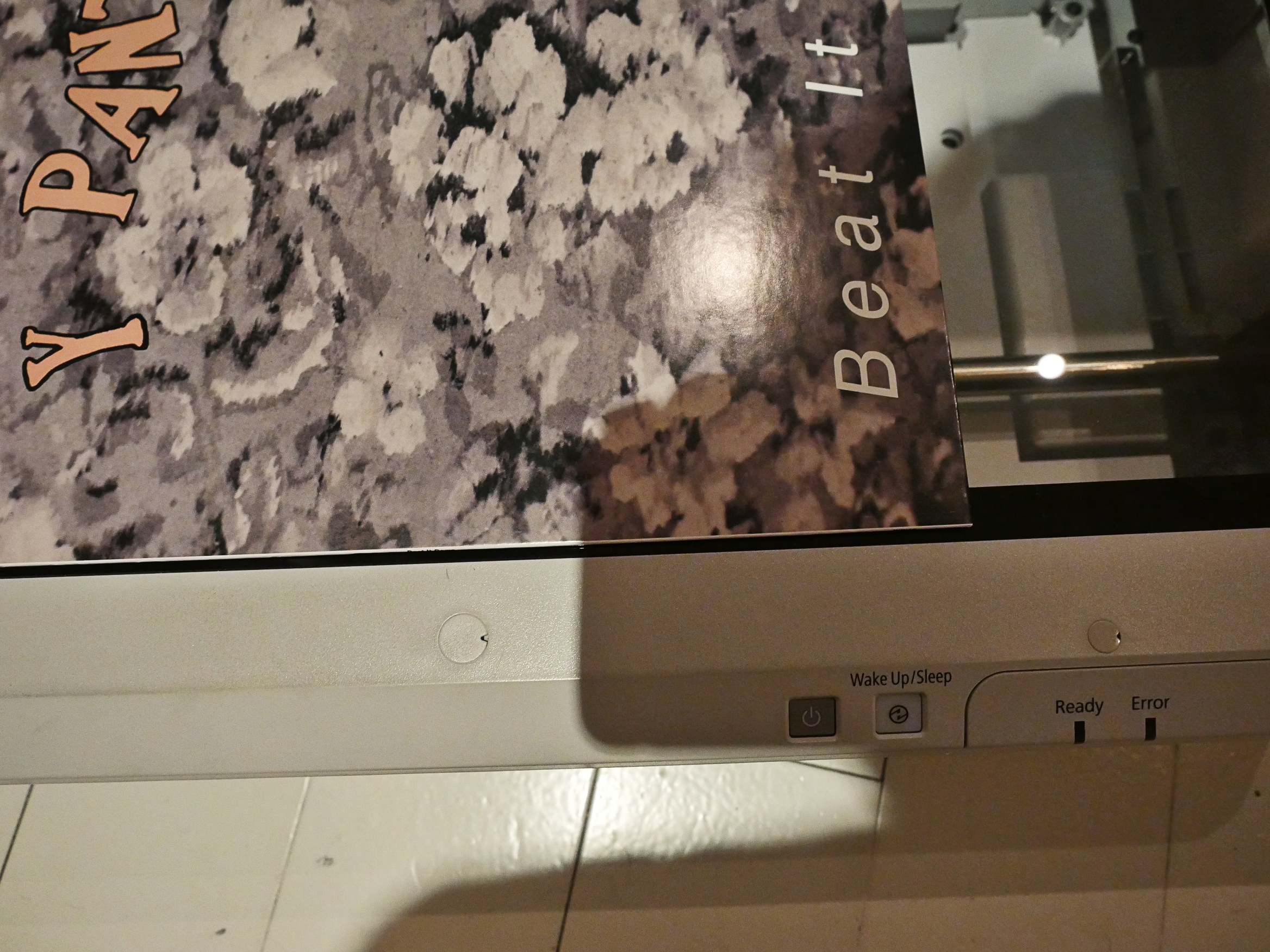 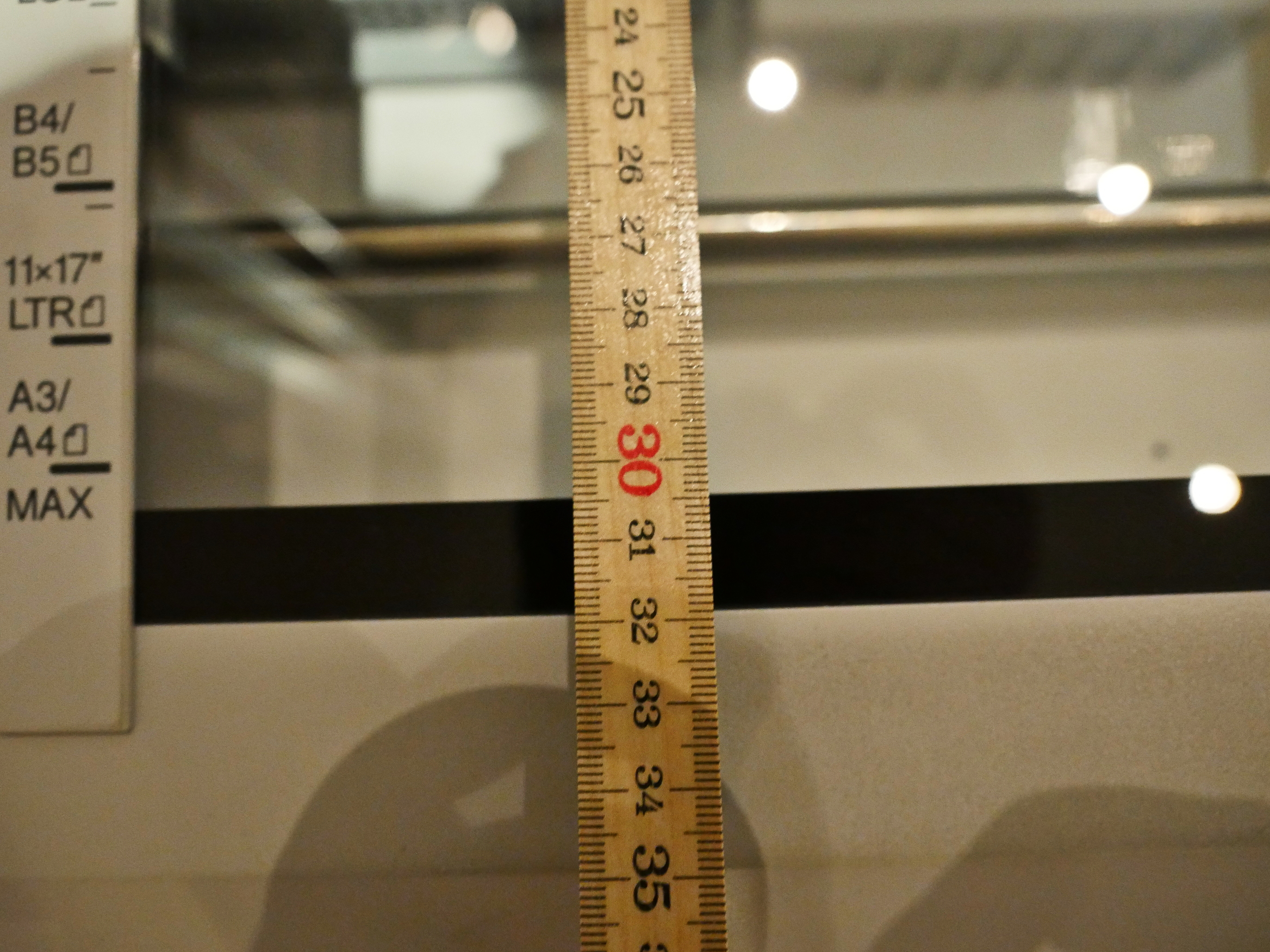 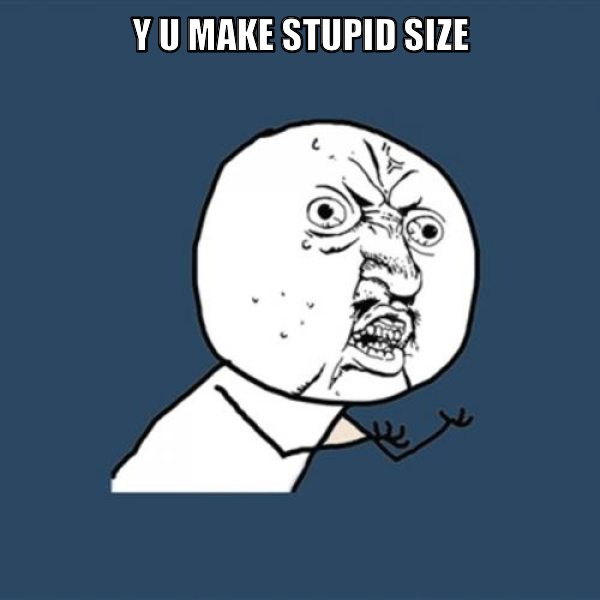 *sigh* So many vitally important problems! 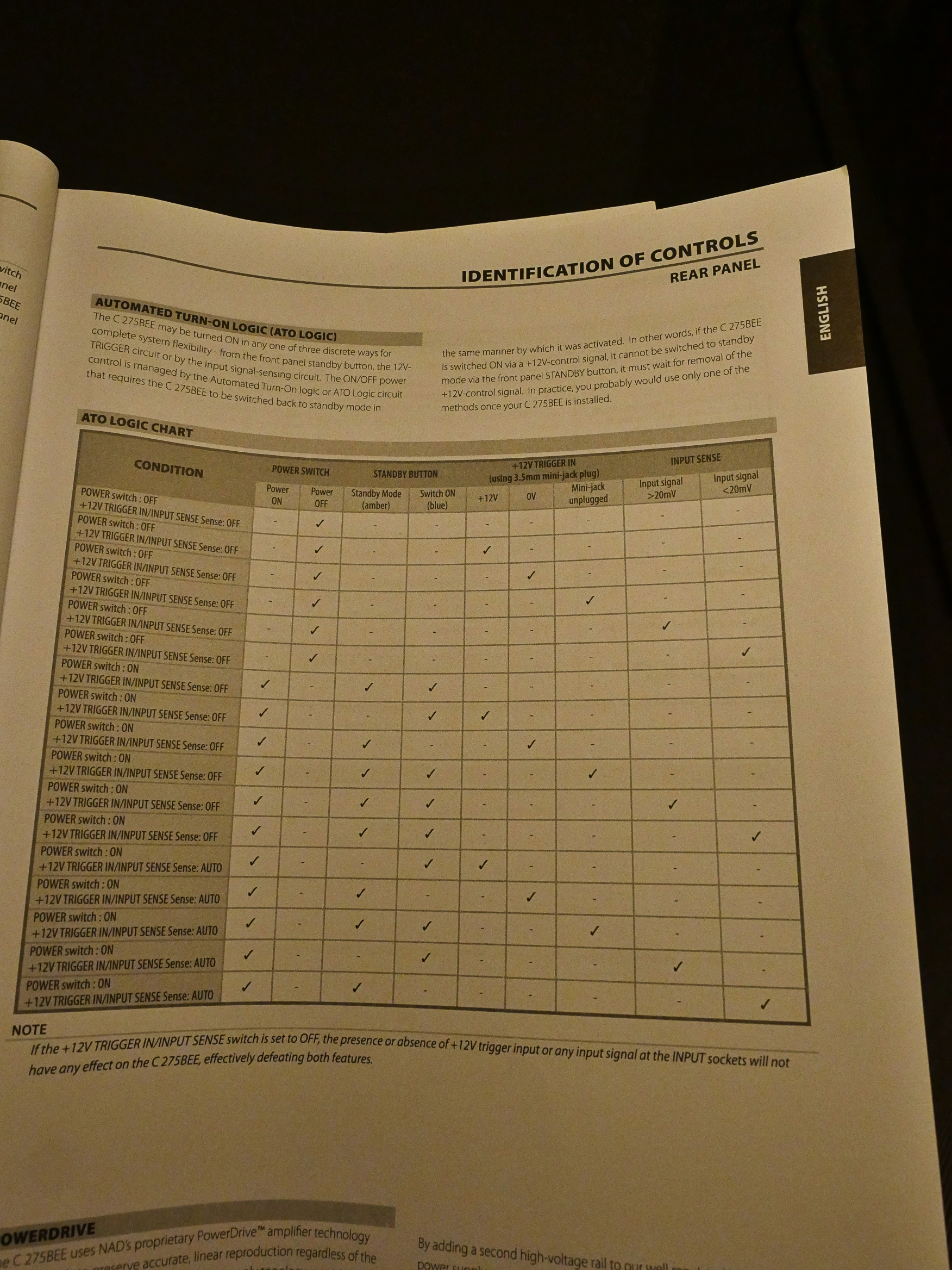 In the last episode, I whined about how useless wireless earbuds are, with the main problem being that the typical range of these earbuds extends all the way from your left ear to your left shirt pocket, and not any further (when you’re outdoors and the blutooth signal doesn’t have walls to bounce off of).

But a few weeks back, I read a review for the Jabra Elite 65t, which claimed that these were the best wireless earbuds ever (when it comes to range), so I thought it was worth a go. 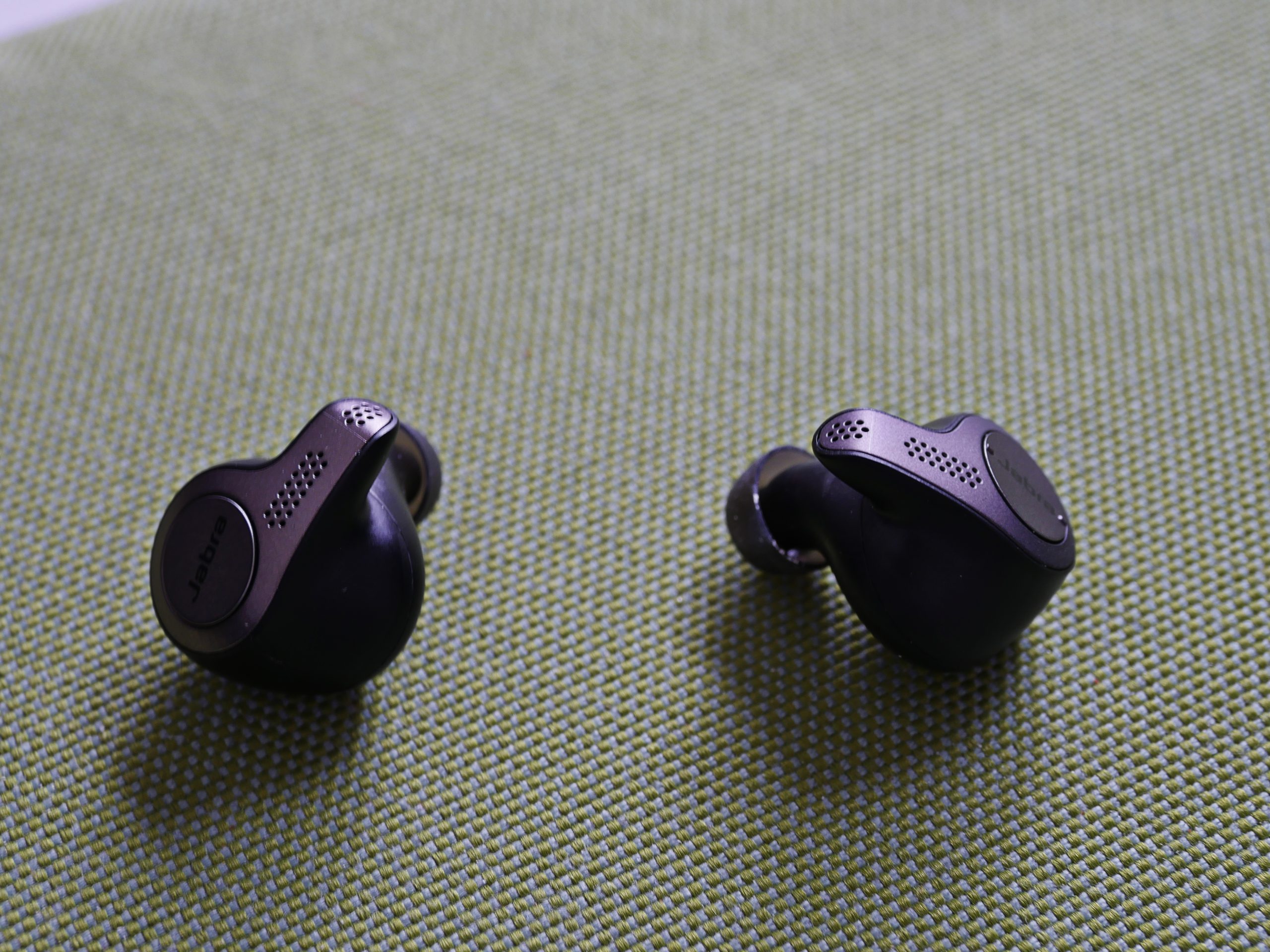 And it is! These are larger earbuds than I’ve been using, which probably explains the extra range. They have a little sticky-outey bits that probably has an antenna, and it seems to help: I can now semi-reliably keep my phone in my left pants pocket while having an earbud in my right ear, which was pure sci-fi with the older earbuds.

The UX on these is also quite satisfying: I pick an earbud out of the charging case, and it connects to the phone almost immediately, and then clearly tells me it’s done that. And it has a physical button that can be used to pause/unpause the audio, and switch the earbud on/off (if you don’t have the charging case with you).

If you’re just using a single earbud, that has to be the right one, but they are quite comfortable to wear, so I’ve gotten used to listening to stuff with my right ear only. 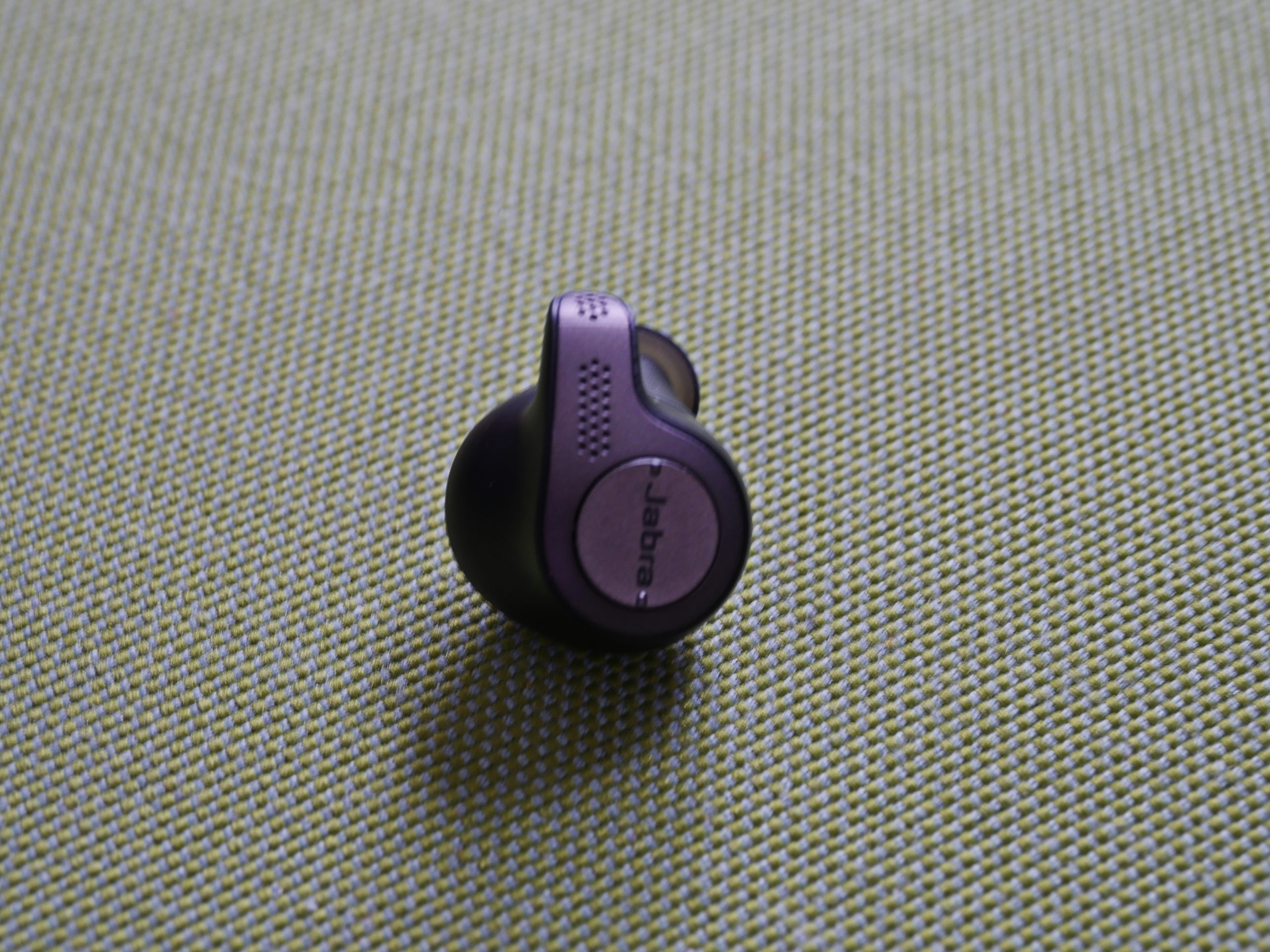 The user interface basically can’t be improved upon for my use case, which is walking around listening to radio dramas in one ear. The battery time seems to be good, too: They haven’t run out of juice once while I’ve been using them.

Which brings me to the one annoying thing, because everything has to be annoying, right? 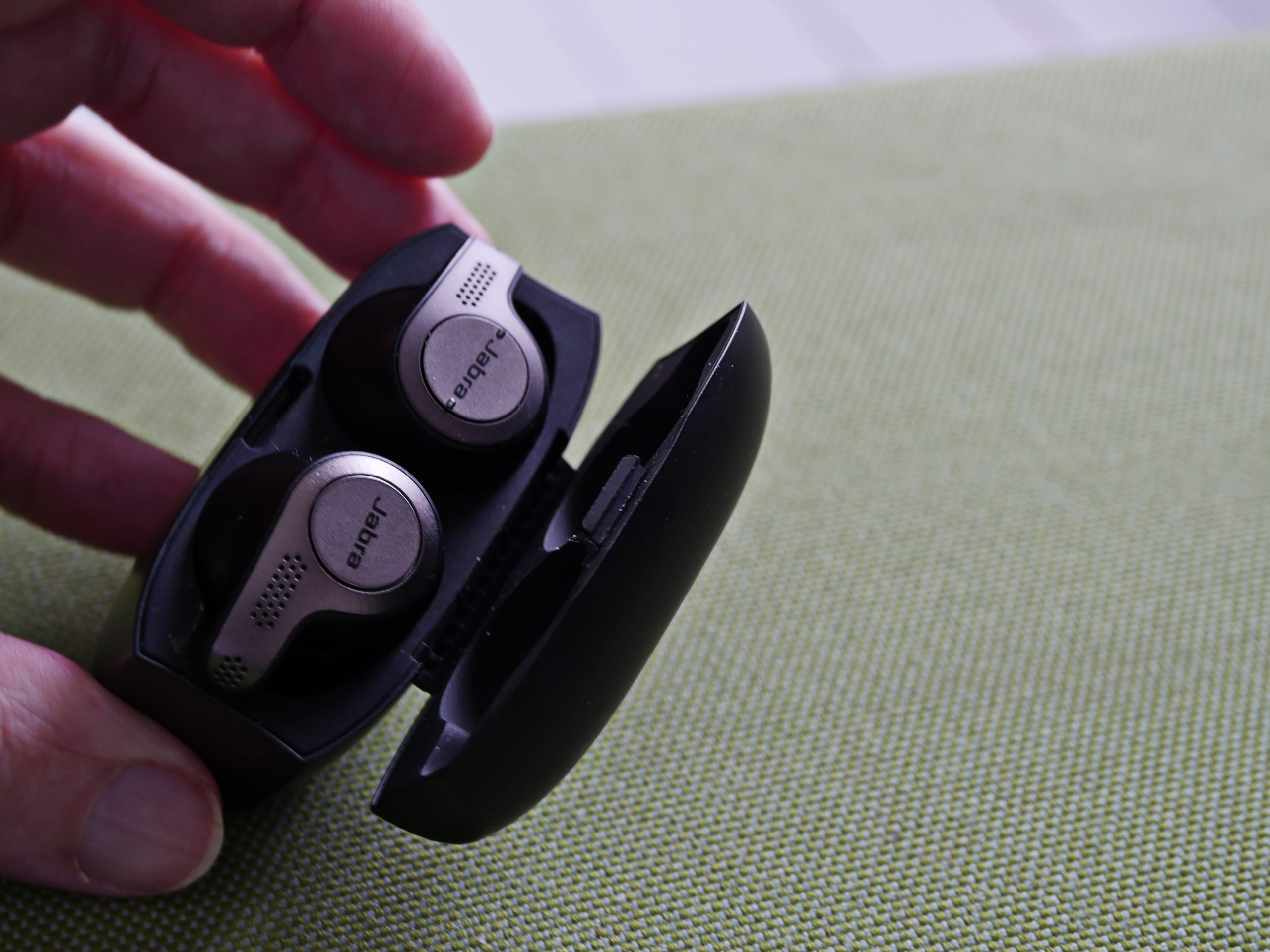 The charging case itself is just horrible. If you open it a bit stridently, the earbuds are liable to go flying all over the place. And there are no magical magnets to keep them in place, or to guide you to inserting the earbuds back into the case, so you really have to concentrate while doing that.

Which is a shame. This is almost a perfect product, but in daily use, the bad charging pod design is an annoyance.

I walk a lot, and I used to listen to music while walking, using big, beefy, good wireless headphones or headphones with an mp3 player built in. That’s a solved problem; excellent products exist.

Last year I started listening to radio dramas instead. Mostly mysteries, and quite a lot of stuff from the 50s. It’s fun! But I don’t need a full set of headphones to listen to that stuff; it’s fine listening to in mono in one ear only.

And here my troubles began.

There’s quite a lot of wireless earbuds out there, but they all have the same problem: The range sucks.

The first one of these I tried was the original Earin, and it was pretty much unusable. But now there’s the Earin M-2, which promises to have solved all the problems. 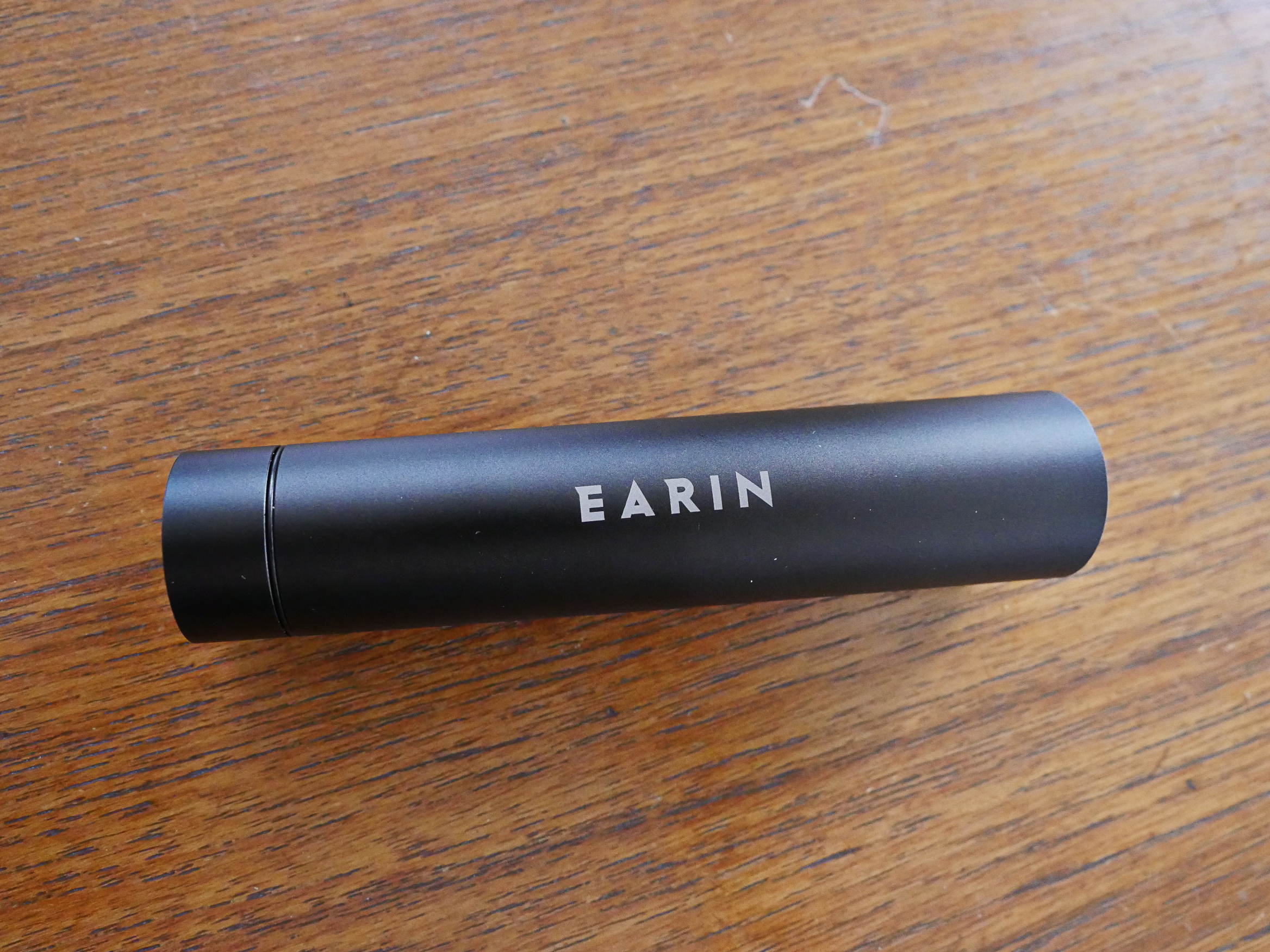 Like the previous version, it comes with a round charging case… … and both buds fit in there. The charging case is larger than the previous version, but it’s also a lot less fiddly. The buds slide in there like magic (probably magnets), and that’s nice. 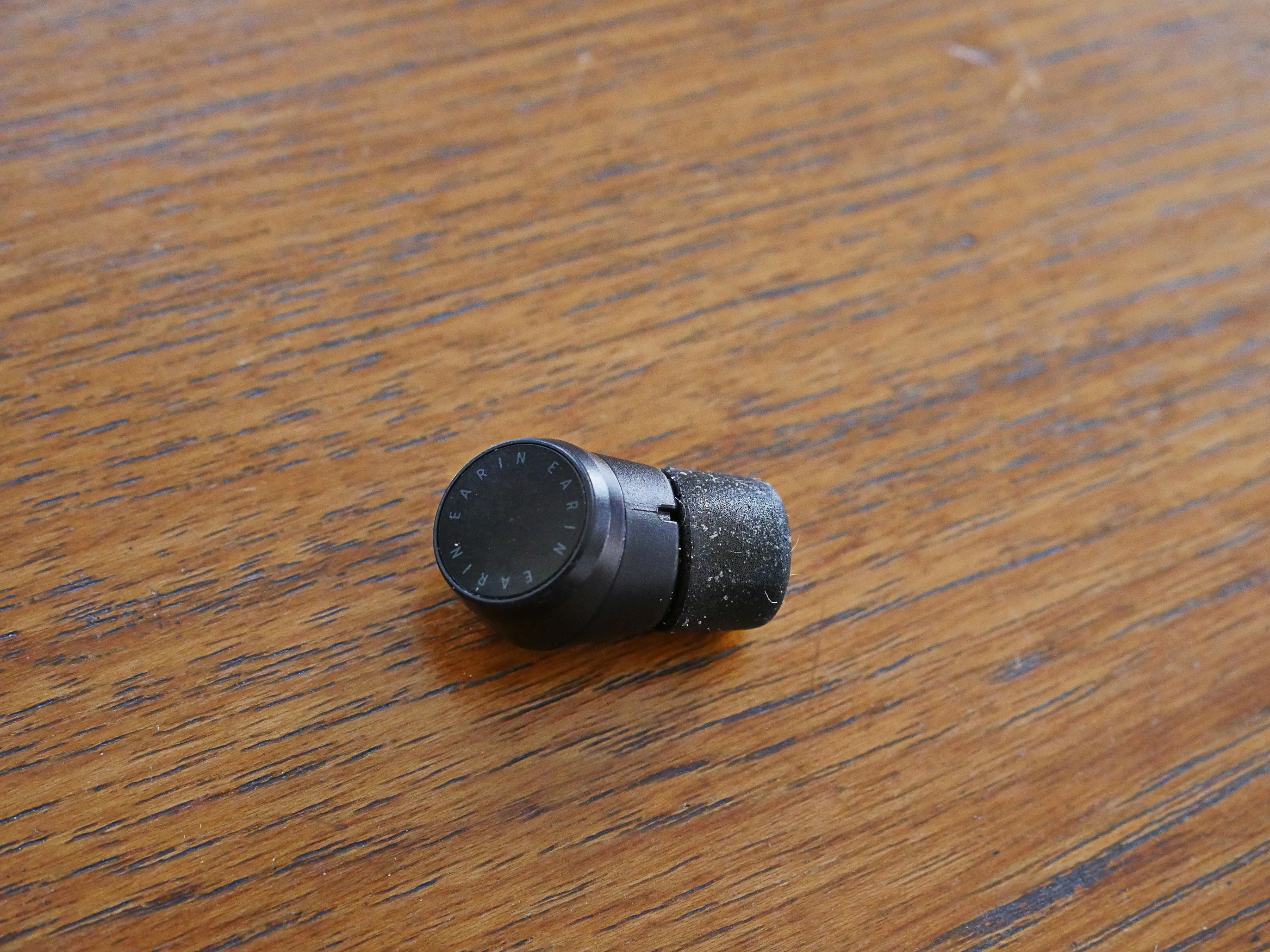 And the buds themselves are also larger, and don’t look as cool as the M-1s.

The range is better than the M-1, but it’s not actually good. The frustrating thing when reading reviews about wireless headgear is that apparently nobody who reviews them uses them outdoors. Indoors, blutooth works well, because it can bounce the radio against the walls, but outdoors, there’s nothing, so the radio just dissipates unless it’s very powerful.

If I have my phone in my left front pocket and an earbud in my right ear, they’ll drop connection like crazy when outdoors. I have to put the phone on the same side of the body as the earbud is if it’s to have any chance of working semi-reliably.

So these are pretty much standard in the range dept… but the UX is horrible. Just horrible. They use a touch interface, and give no audible feedback. So the way to use them is to put one in an ear, wait for ten seconds and then hopefully it’ll have contacted the phone, and then tap it to unpause, and then nothing happens, and then tap again, and then again, and then you’ve tapped too many times and it unpaused and paused again.

And when you’re not using it, you can’t just put it in a pocket, because if you touch it, you turn it on and it’ll use all its battery while not doing anything.

So you have to carry the case around with you, which is a bother. 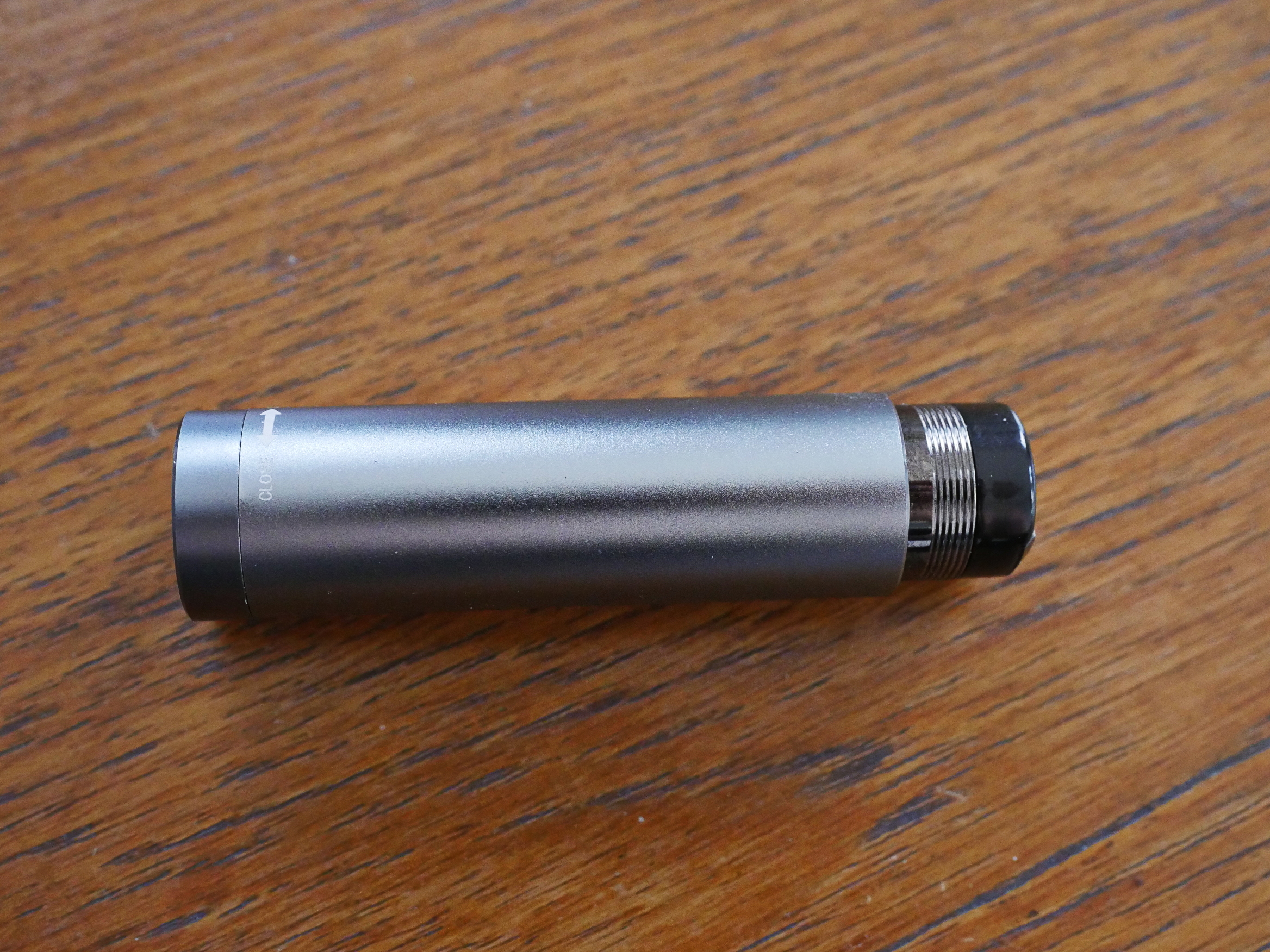 Compare the Earin M-2 disaster to this older, cheaper earbud that goes under many names, like Savfy and Rowkin Mini. They look slightly different depending on who the manufacturer is, but it’s the same product, I think. 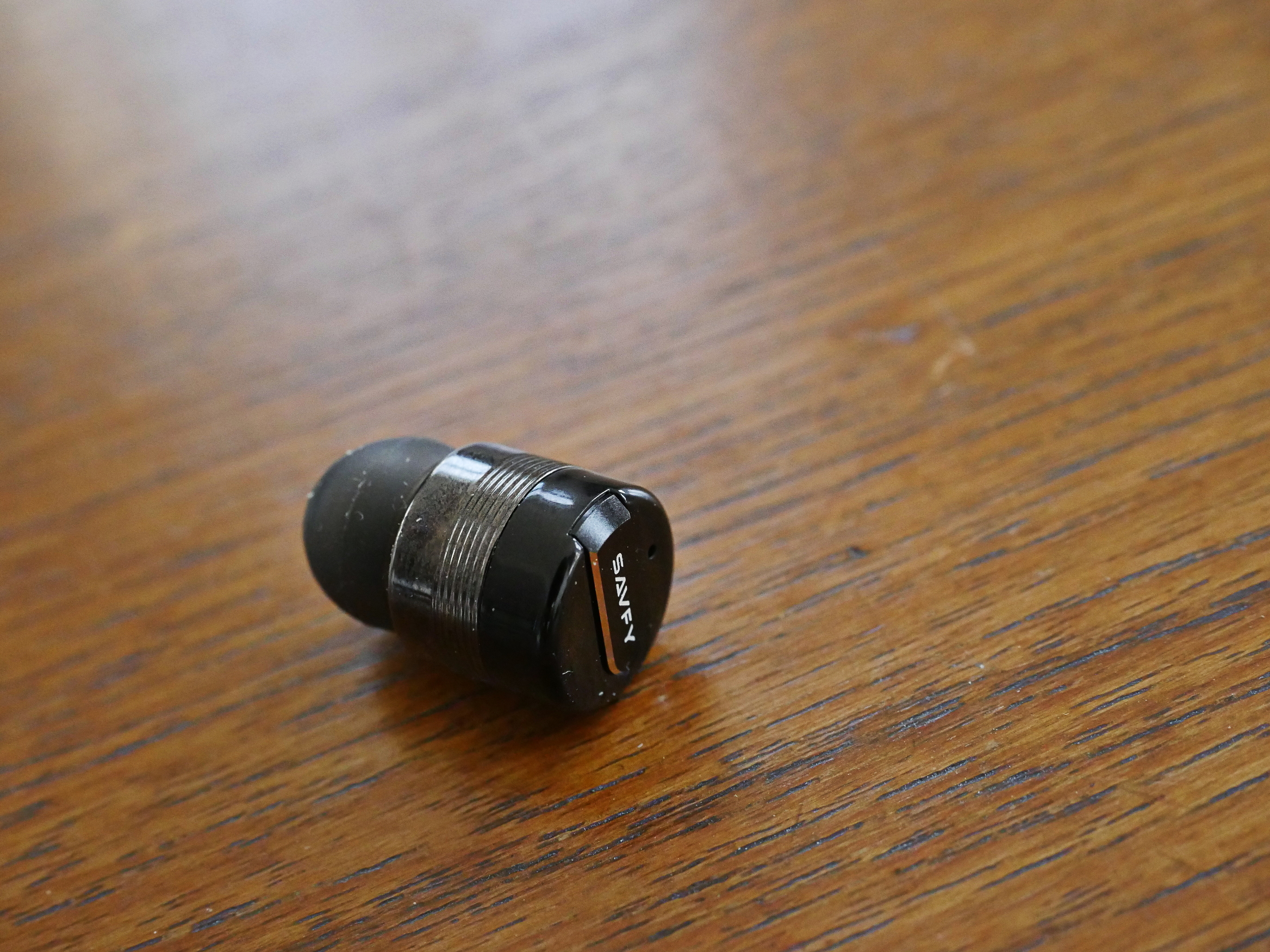 The UX is hard to improve on.

Of course, the range is horrible, just like the Earin M-2. Perhaps even worse, really: I frequently find myself putting my phone in my shirt pocket to have it stay connected if I do something crazy, like look around before crossing a street.

Perhaps somebody one day will make something better, but it hasn’t happened yet. I hope that someday somebody will realise that playing audio using an almost unbuffered wireless stream is absurd: The earbuds should instead pull down blocks of data from the device and then play it. That would also allow it to shut down its antenna, meaning power savings.

Of course, this won’t work for real-time audio (like talking on the phone) but does that even happen any more? 100% of my use case for these devices is listening to prerecorded data, so it’s not like it has to be ultra low latency or anything.

ANYWAY! I’m mostly listening to mystery radio dramas, and the challenge there is that the actors will alternatively shout “THERE”S THAT BAD GUY! STOP HIM! PEW PEW!” and whisper “ssssh here’s the solution to the mystery that I’m telling you while we’re in this hedge”, and I found myself having to turn the volume up and down a lot, which is totally annoying. Surely there’s a solution to this?

And of course, and it’s called “compression” or “normalisation” (even if those aren’t the same things). On Linux, sox is a fine program that can do many audio things, and it has a module called “compand” which is made to compress audio (i.e., make the loud parts less loud and the quiet parts louder). By Googling a lot and experimenting a bit, I found some settings that work well for radio theatre, and I wrote a little bash script that’ll take a tree of mp3s, normalise/compress the audio, and then write out new mp3s, and also copy over id3 tags and artwork and the like.

It’s a trivial script, but Googling all the moving parts took me a while, so it’s here all put together in one place so that you don’t have to do this work yourself if you find yourself in the same position and landed on this page through googling “audio compression no I’m not talking about file size compression but, like, compression of the audio range, dude”.

I’m guessing this will also work on podcasts and the like, although I would imagine that the audio range is much narrower there to begin with. I’ve been using this for a few months and it seems to work well, although sometimes some very quiet sounds do get amplified a bit much. 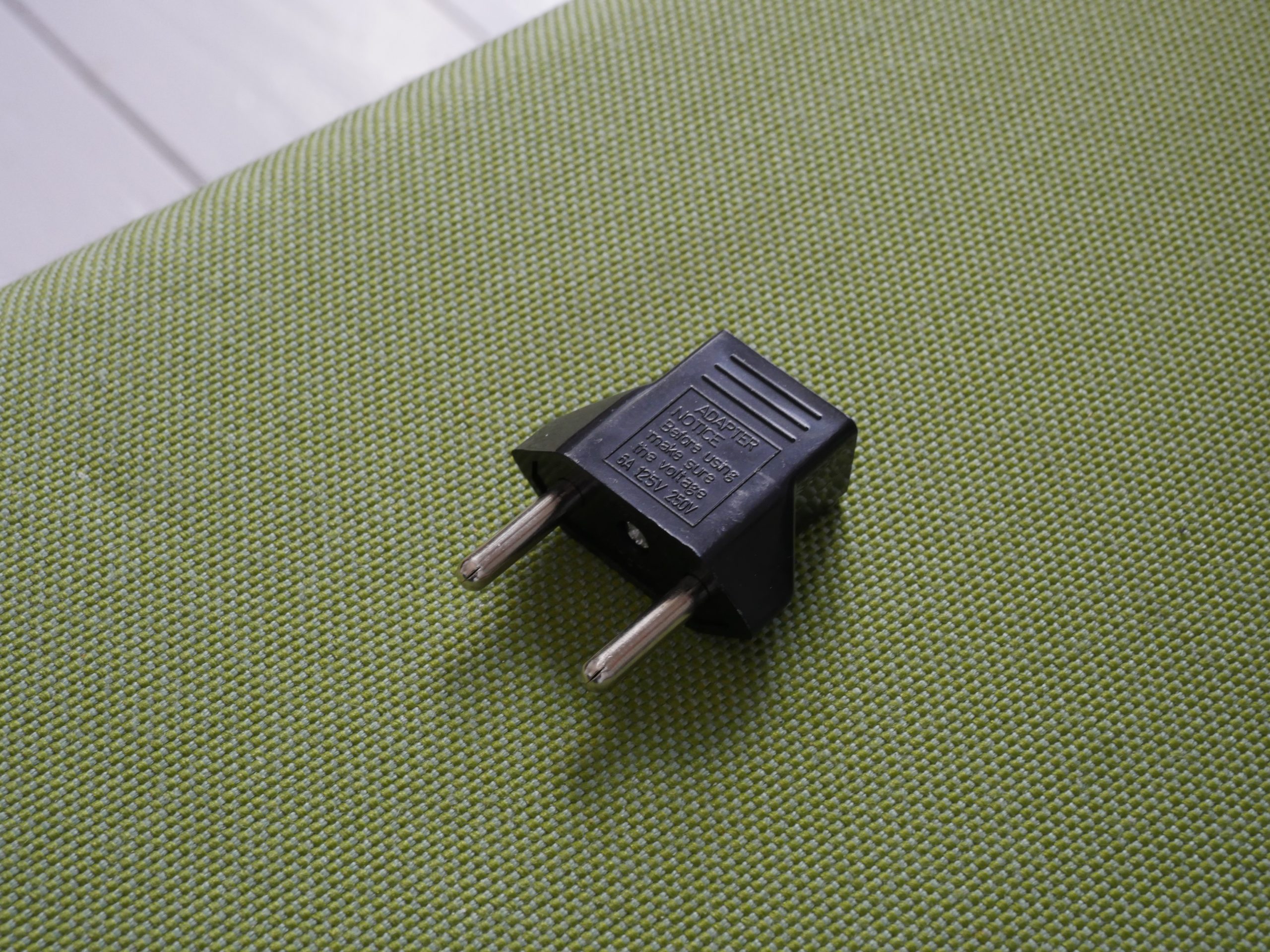 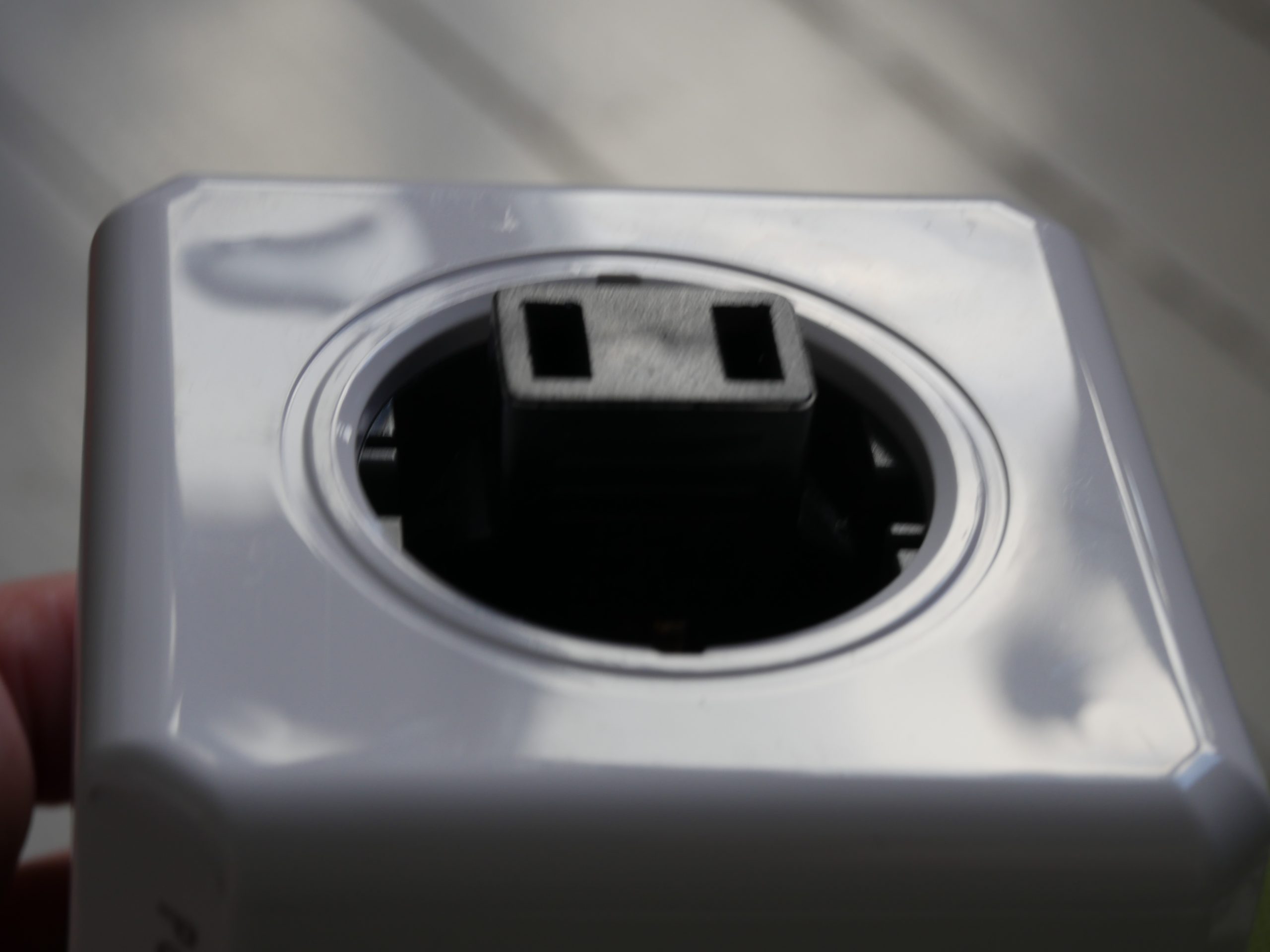 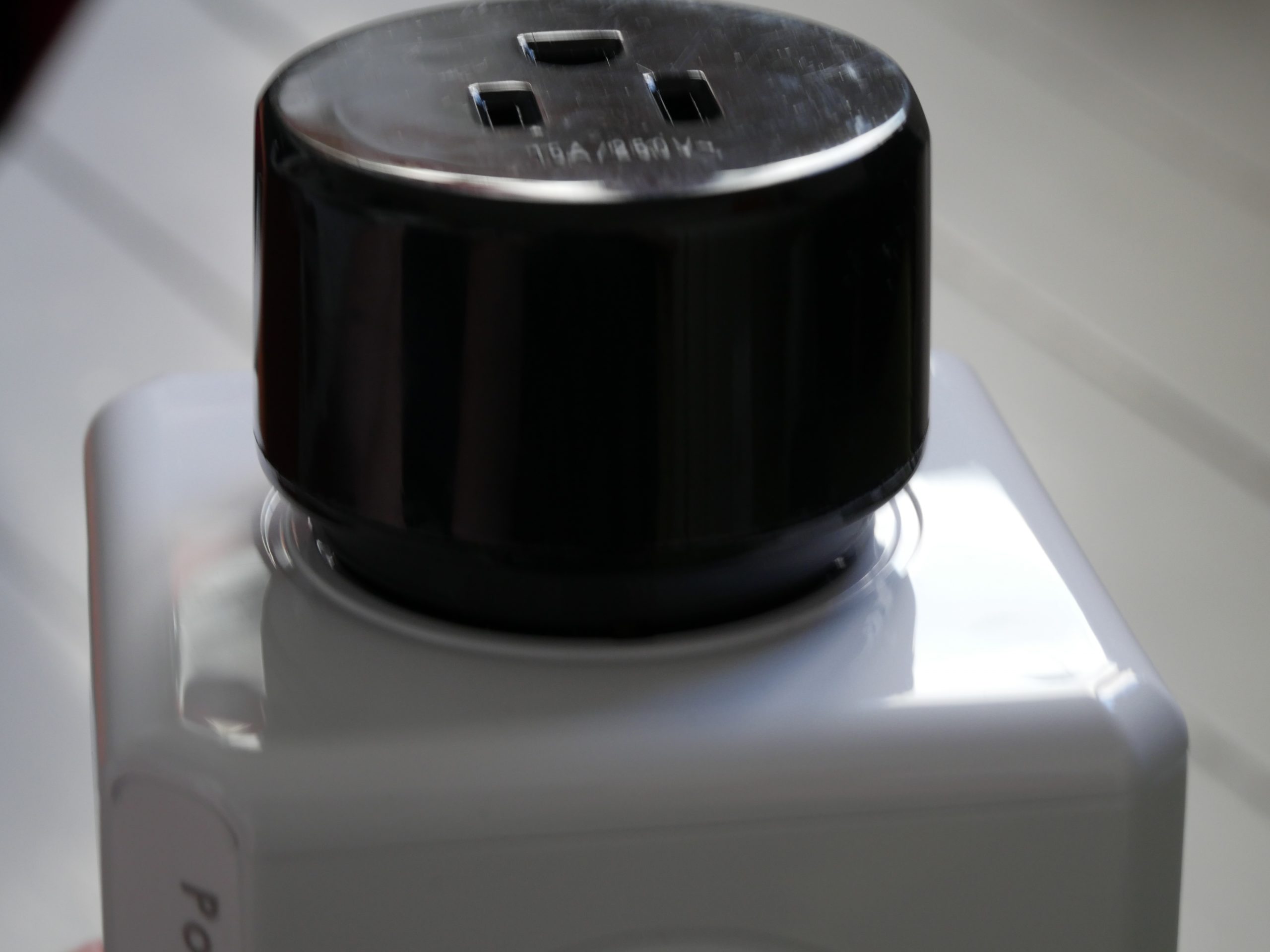 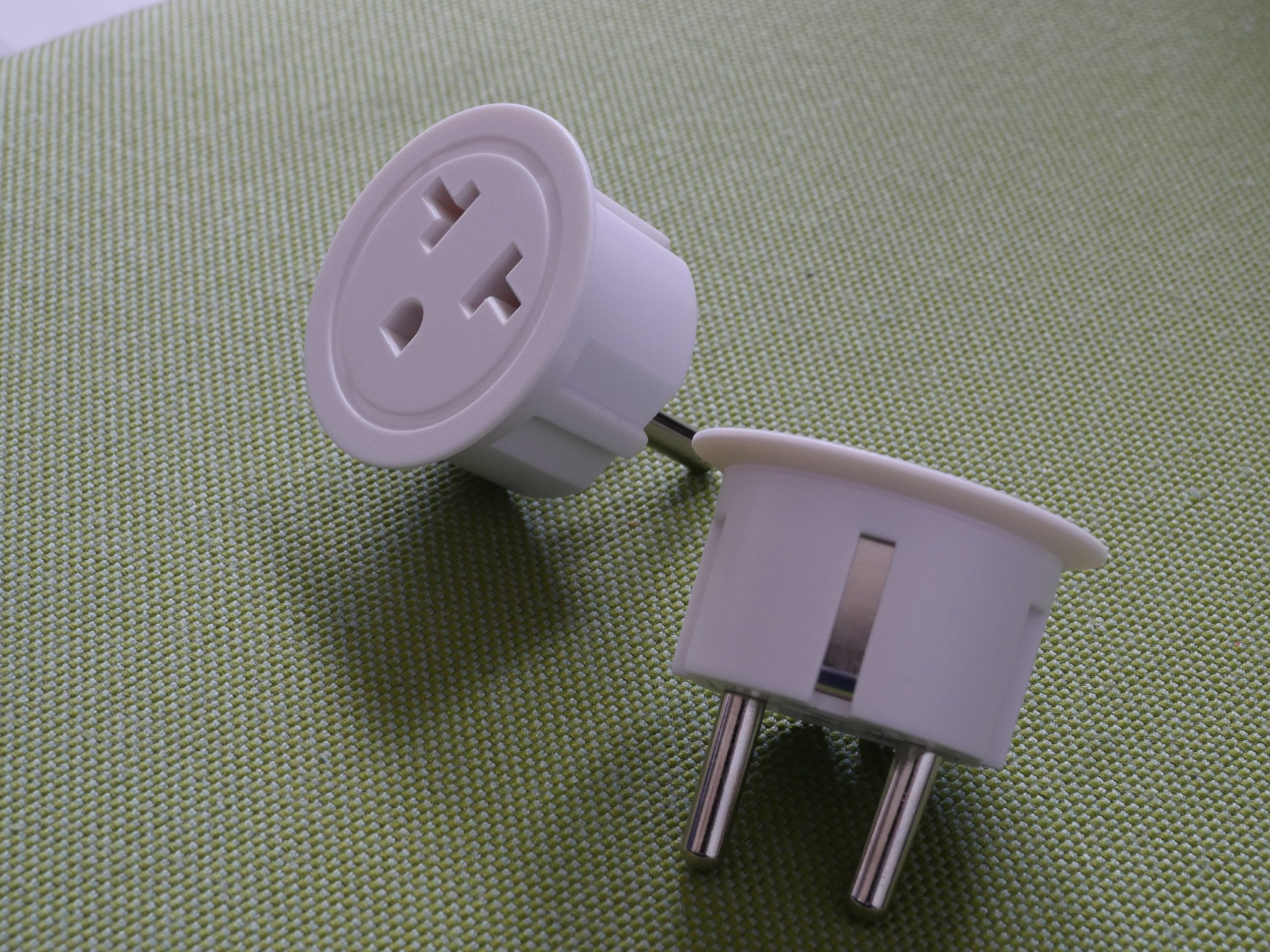 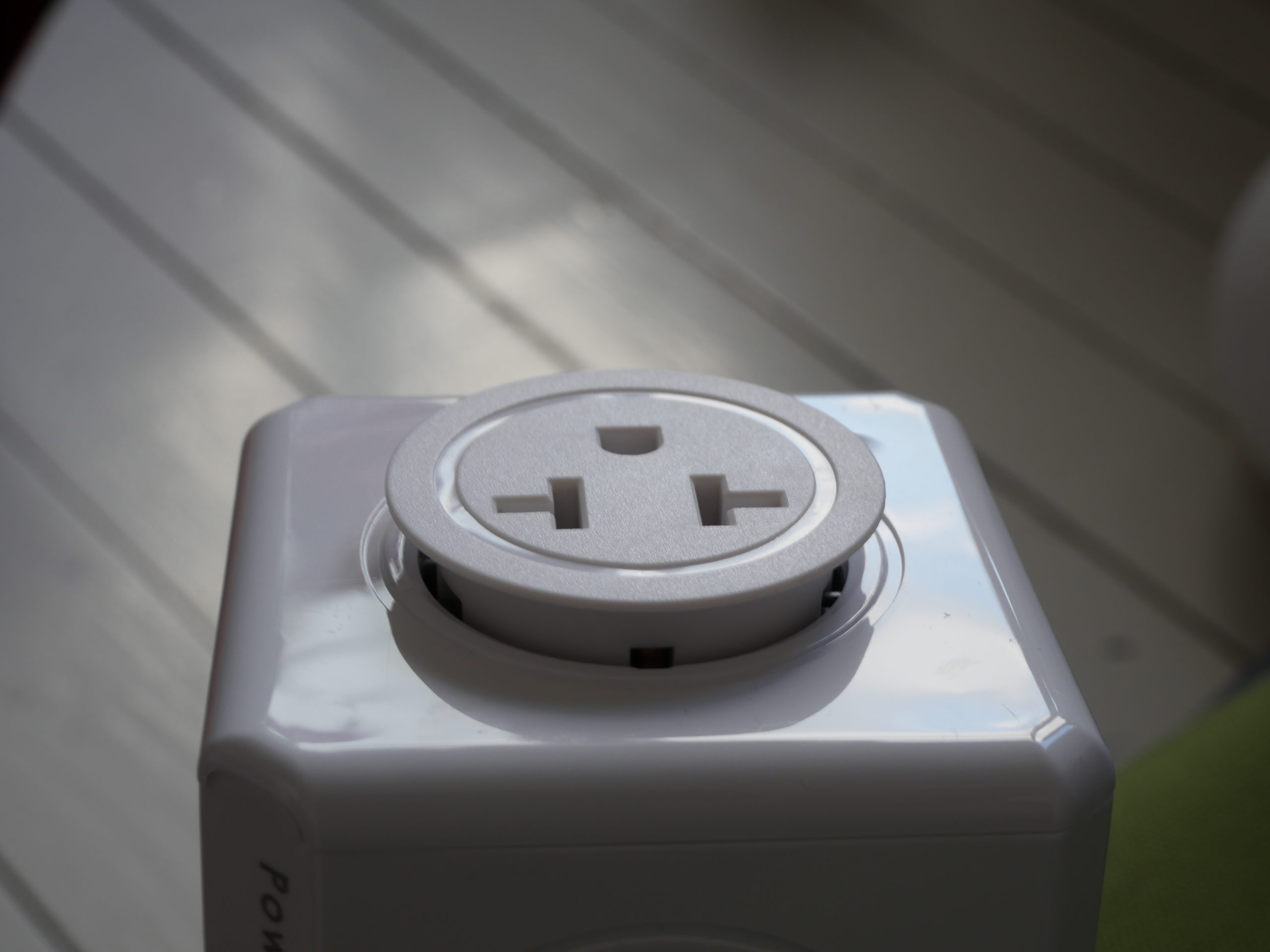